The proposal is a major attempt by Hawaiian Home Lands to generate revenue to fund home development. 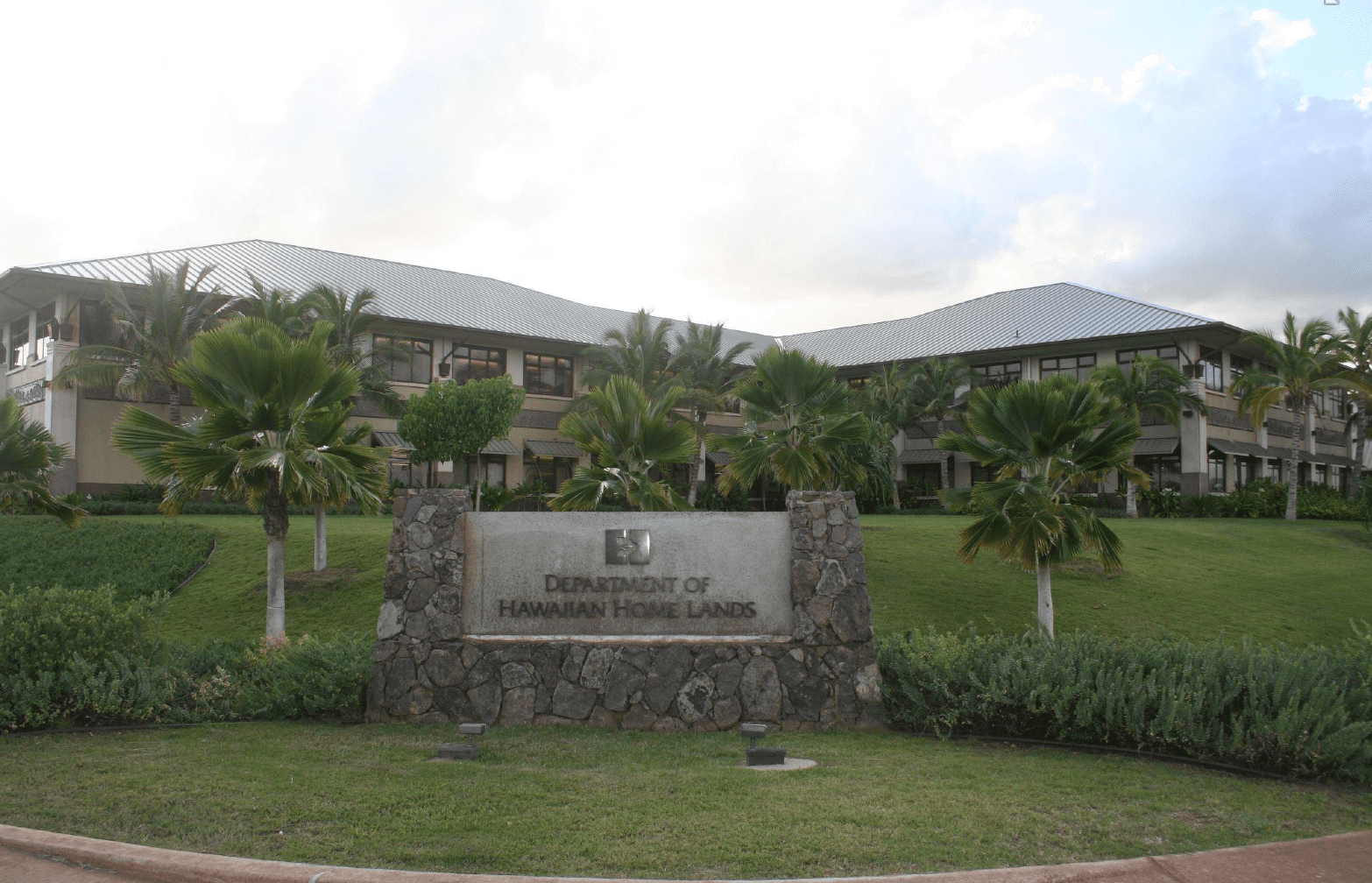 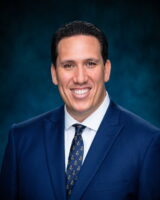 Jarrett Keohokalole is a state senator representing the District 24, which includes Kaneohe and Kailua. 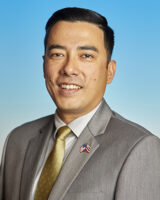 When Hawaii joined the union as a state in 1959, it did so by promising to take responsibility for implementing the Hawaiian Homes Commission Act of 1920.

The fulfillment of that promise has been both a failure and a controversy. To date, more than 2,000 Native Hawaiian beneficiaries have died while on the Hawaiian Homes waitlist, and 28,000 beneficiaries currently remain on the list, half of which are over age 60.

Which is why it was disappointing to hear Gov. David Ige recently come out in opposition to the Department of Hawaiian Home Lands’ casino proposal before a bill even reached his desk for review. The proposal, which aims to generate at least $30 million a year to fund home development, is the first attempt in recent history for DHHL to generate a plan that would issue leases to every beneficiary on the waitlist.

That the governor rejected the proposal without even reading it dismisses the larger conversation that needs to be had. His refusal to engage on the merits of the proposal centers the discussion on whether a casino is good for Hawaii and not on our urgent obligation to house the 28,000 native Hawaiians waiting for promised homesteads.

Instead, we heard an unaccountable critique of a bold solution proposed by his own agency. This comes at a time when the governor asked his agencies to find ways to deal with historically large budget cuts due to the pandemic.

The truth is, eliminating the DHHL waitlist altogether has not been made a priority by the administration, the Legislature, or any major political party in Hawaii. How do we know this? There is no plan to eliminate the waitlist.

Nearly every year there are efforts to “address” or “reduce” or “move” the DHHL waitlist. None has resulted in the production of housing at the rate necessary to make a meaningful difference to the 28,000 who remain, waiting.

If the governor desires to eliminate the waitlist, he certainly can propose his own plan. He’s done that for other priorities. For example, in 2013 then-Sen. Ige helped pass Act 268, which put the state on a schedule to eliminate the $9.5 billion unfunded health care liability. As governor in 2017, he budgeted funds to pre-pay the liability to accelerate that schedule.

However, when it comes to the DHHL waitlist, there is no defined timeline. DHHL recently estimated that to house everyone on the waitlist, cost projections range from $4-12 billion for infrastructure alone.

Why such a large range? No one has taken the time to ask. Why not? It’s not a priority.

At its core, the difference between paying down the unfunded liability and eliminating the DHHL waitlist is one of values. At $9.5 billion and $4 billion, respectively, both will require enormous sums of money. And there are consequences to ignoring both issues.

Failing to address our unfunded liability may impact our ability to pay out those health care benefits to retired state workers. It will also affect our credit rating as a state, which will hurt our ability to issue bonds in the future.

Eliminating the DHHL waitlist altogether has not been made a priority by Ige.

By contrast, failing to eliminate the DHHL waitlist has already cost the state and will cost us well into the future, aside from the 2,000 Native Hawaiians who died waiting for a home.

In 2015, a Hawaii Circuit Court judge ruled that the state underfunded DHHL to the tune of $28 million a year.

The Hawaii attorney general appealed to the Hawaii Supreme Court, which decided the case in 2018 and remanded it to the Circuit Court for an evidentiary hearing.

Last month the Circuit Court found that the state had not underfunded DHHL.

In June, the state also lost an appeal of a class-action lawsuit brought by Native Hawaiian beneficiaries on the DHHL waitlist for failing to provide them with homes.

Damages from that case are expected to result in cash payouts of potentially tens of millions of dollars.

But only one of these issues seems to have garnered the attention of the administration in a consequential way. That needs to change.

There’s plenty of room for a critique of the casino proposal, including the opportunity for a substantive discussion on the pros and cons of every aspect of the DHHL plan. As the co-chairs of the Legislative Hawaiian Caucus, we are committed to making the complete elimination of the DHHL waitlist a priority of state government, for perhaps the first time. We hope that the administration, our colleagues in the Legislature, our ohana in the Native Hawaiian community, and even future candidates hoping to succeed Gov. Ige will join us.

For those reasons, we intend to introduce the DHHL casino legislation when the legislature convenes in January.

We will not and should not stop there. Aside from the revenue gaming could provide to develop housing for DHHL beneficiaries, we need a strategy that effectively leverages that revenue to produce results. That plan should, at a minimum, be based on a comprehensive assessment of the needs of the waitlist population.

That data should inform a development plan with the singular objective of eliminating the waitlist. And that development plan must have clear action items that the legislature can implement. Only then can we reasonably give the 28,000 native Hawaiians on the waitlist the expectation that they are finally a priority.

The fact that there even is a waitlist is an abdication of the promise Hawaii made to secure entry into the union. As a state, it is our original sin. We as lawmakers and leaders must take steps to address it before more beneficiaries die waiting for a home. 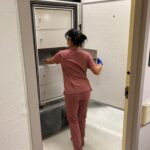 Waiting For The COVID-19 Vaccine

Jarrett Keohokalole is a state senator representing the District 24, which includes Kaneohe and Kailua.

What I find unfair is that DHHL is being shorted $28 million a year that is basically my tax dollars. I don't get assistance in a cheap land lease and $375 a month mortgages and in addition I should foot the bill for people whose leaders early in the century sold and mortgaged the people's land? What should happen is to enable DHHL to raise money for their own cause and even funding their own government. It need not be their own land to build a casino but a land swap whereas they may be able to occupy the deficit ridden Honolulu Convention Center in the middle of all of the visitors who come here. Giving Hawaiians the dignity of self determination even if it means joining the majority of other states and be able to legalize gambling. It is distressing when I hear that we had record tourism in 2019 yet still cannot pay the bills.

Hawaii needs the casino cash. It will help reduce the awful burden of heavy taxes and bring in revenue. However, corruption and mismanagement has plagued Hawaii politics for years. This further continues in the face of the pandemic. One day Hawaii will learn, but until then everyone suffers.

Fix the real problem, corruption. Over 33% of DHHL lands are leased to non beneficiaries. Harbors, airports, schools, churches, military, rubbish dumps, race tracks, hazardous waste storage facilities, rail stations, Monsanto, Walmart, malls, solar and wind farms, public agricultural developments, wealthy ranchers turned developers like Parker and Kahua ranch who sell their lands profiting in the millions  while leasing DHHL lands for pennies. A beneficiary hasn't been given an agricultural or pastoral lease in nearly 40 years.  Billions in illegal taking DHHL trust lands without beneficiary consultation or reimbursement. The casino won't be any different. DHHL won't even own it. DHHL needs a forensic audit. We need a detailed accounting of all lands, all lands traded/swamped and taken, all lease agreements need to reviewed, revised and brought up to fair market value. Some of the richest corporations in the world are on DHHL lands while Hawaiians die on the list. The problem is corruption. The trust has been consistently pillaged. The state has an obvious conflict in managing DHHL. The chair and commissioners need to be selected by beneficiaries.