What Ige lacked in initiatives, he almost made up for in inspiration. 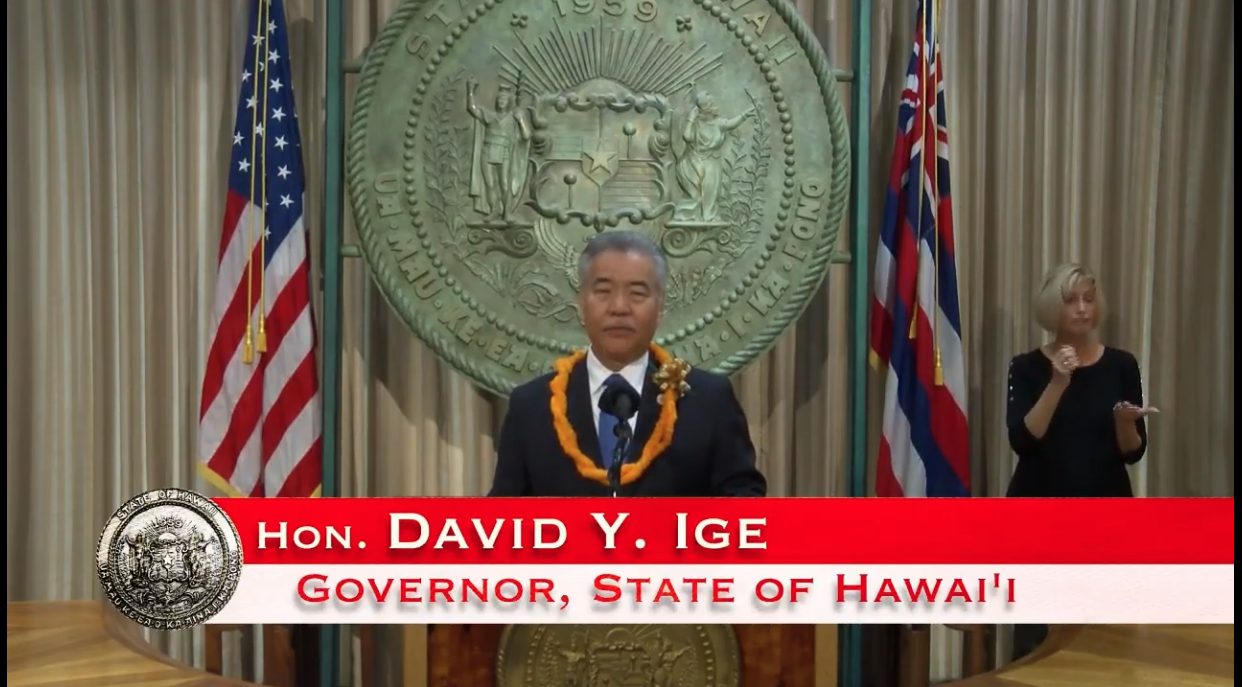 The reviews were swift and roundly negative. Gov. David Ige’s State of the State address was panned as woefully short on initiatives, wholly avoiding the crucial issues that Hawaii residents are most worried about.

It was, however, possibly the best speech of Ige’s career.

What it lacked in substance and specificity, it made up for in heart. For Ige, and for Hawaii stuck in a pandemic still out of control, heart counts for a lot.

This was not a typical State of the State address where governors spend the first half of the speech patting their administrations on the back for manini things that nobody even remembers they did over the past year. Ige detailed how CARES Act funding has been distributed and cited the $4 billion in unemployment benefits the state paid to out-of-work residents.

Though lacking big new ideas, Ige did mention initiatives to expand broadband capabilities across the state, particularly in rural communities; to lower land prices in the name of affordable housing; and a plan to consult with past Hawaii governors for ideas in shaping a new economy.

He hit a bedrock of truth when he said, “A post-COVID Hawaii cannot be a Hawaii as it used to be,” and spoke of Hawaii’s dependence on tourism as a long-term “addiction.”

Ige summed up the dilemma of breaking that addiction, asking, “Where is the sweet spot between ensuring the health of everyone and keeping the economy going? When the CDC is telling everyone not to travel, how do we sustain our hotels and all those small businesses who depend on our visitors? … The problem is a complex one. It calls for flexibility and a willingness to turn on a dime. That is not something that government has been good at. It is something that we must get better at.”

If you played a drinking game where you took a shot every time the governor said the word “important” or “importantly,” you’d be feeling sloshy by the end of the 30-minute speech. But for a wonky guy who is about as inspiring as a drivers examiner at the DMV, this was a big we-can-do-it speech. It seemed as if he had spent time with an acting coach or a sports psychologist, because Ige was smooth and controlled. He didn’t choke.

It all built to a closing passage that drew on the poetry of specific street names and called up the image of proud parents watching their children bloom in the sun. Somebody wrote the heck out of those paragraphs, and Ige delivered the lines like he really felt it. I admit I’m a sucker for lyrical language, so for a moment there, I didn’t care that the governor wasn’t saying much, I was just lifted by the way he was saying it. It felt like the kind of speech that could stand up to a literature class close-reading:

Hawaii is all of us poured into this vessel — a pot that doesn’t melt away our differences but highlights them, emphatically and proudly. That is our strength.

(Dang. That’s some 2021 thinking there, a really nice updating of the worn-out “Hawaii melting pot” cliche.)

(A litany of Hawaii professionals, people of different racial backgrounds who have made lasting impact in different fields … and sorry, Kurt Suzuki, when you pose wearing a MAGA hat and let Trump grab your chest on stage, you don’t make it on a Democrat’s list of luminaries.)

Hawaii is the hundreds of small family businesses that make up the real backbone of our economy.

It is Kalakaua Avenue and Kalihi Street on Oahu, Front Street and Main Street on Maui, Alii Drive and Kinoole Street on Hawaii island, and Kuhio Highway that stretches from Kapaa to Haena on Kauai.

It’s the smell of a thousand lei at graduation and the swell of pride from beaming parents.

(The imagery here is of healthy, successful kids. It evokes sensory details of smell of the flowers and the sounds of a soccer game.)

And it’s quiet moments — away from the rush of activities — when you get to savor life at its fullest — when you think to yourself: This is what it’s all about. This makes it all worthwhile. Because we are here. We are Hawaii.

(This is that postcard image that those of us who live and work here rarely see in our daily lives.)

In these dark times, with the pandemic knocking us back on our heels, it is not enough to occasionally show aloha. We must have aloha for each other — at all times. We all have jobs to do — you, me, everyone in Hawaii — to lift ourselves and each other back up into the sunlight. Let us not waste another moment. Join with me in meeting this challenge. 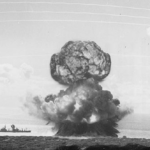 The History Of US Military Pollution In Hawaii Is Extensive

Politics !The art of speaking, without saying nothing !

Lee, I think that you would be a great speechwriter. Your articles are very well written, and come from unique perspectives.I agree with most of the comments here, that it was the speech writer who made the difference. If a charismatic person who had inflection and energy in their voice was to read the same speech, people would probably be holding their hearts in admiration. However, the lack of owning up to their failures, and the lack of any substantive change, takes away all those flowery words.

Ige has it within himself to be a leader, he chooses not to be. Roosevelt,  Kennedy, MLK, Lincoln (Especially his Gettysburg Address), all were powerful speakers. Beautiful, eloquent and succinct. But they all had a platform, all believed in something. Are you a Democrat? A Republican? Do you fight for the little guy? The mom and pop business? The poor? The middle class? Or are you just a caretaker reminiscing about how great it was? What are you doing to insure what you remember remains?