The four minority members are split 2-2 on who should represent the chamber. Meanwhile, the party’s chair has resigned over controversial tweets. 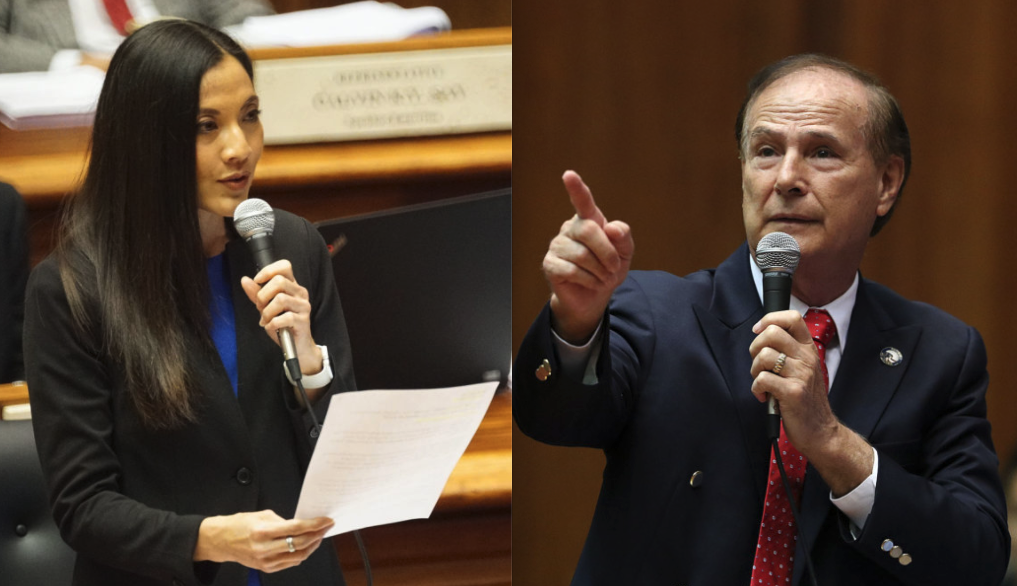 It’s been almost three months since the 2020 election, but Republicans in the Hawaii House of Representatives can’t decide on a caucus leader.

Contrast that to the 47 Democrats in the 51-member chamber, who settled on their leadership shortly after Nov. 3.

The GOP is split with Reps. Val Okimoto and Lauren Matsumoto disagreeing with Reps. Gene Ward and Bob McDermott. The impasse means there is no minority leader to direct caucus action on the House floor and no package of bills to emphasize GOP priorities.

And, in a development that happened over the weekend, Shirlene Ostrov, the chair of the Hawaii Republican Party, resigned her post in the wake of official tweets appearing to offer praise to QAnon and a Holocaust denier.

More on that in a moment.

If the four House Republicans cannot reach an agreement, House Speaker Scott Saiki, a Democrat, will probably have to break the tie — something he says he’d rather not do. But the entire House needs to vote on leadership positions as a pro forma matter.

“The GOP caucus knows that I am perfectly willing to go in and cast a deciding vote for them, but what I have told them is that I want them to make this decision on their own,” Saiki told me Friday, adding that he decided to let the Republicans serve on committees and informational briefings in spite of the organizational deadlock.

Ward, who was the minority leader during the last few sessions, clashed with House Majority Leader Della Au Belatti over the organizational standoff during the Jan. 22 floor session. Some members were confused by a Community Voice authored by Ward that ran in Civil Beat that same morning outlining GOP priorities.

Asked about the leadership draw, Ward told me, “We are still negotiating a fair and mutually acceptable agreement and still need a few more days of privacy before we go public.”

For her part, Okimoto says that she has the “greatest respect” for Ward, calling him a “fixture in the building” and a mentor. But she also feels that it is time for a change.

“The status quo has not been working for some time,” she said, pointing to lopsided election results for her party. “It’s an opportunity for other voices for Hawaii. I feel this is the right thing to do and the right time.”

Rep. Gene Ward and GOP Party Chair Shirlene Ostrov at a talk at UH Manoa in 2018. Ostrov resigned her post on Saturday.

The leadership dilemma was caused by the retirement of longtime GOP representative Cynthia Thielen, a political moderate. A Democrat picked up her Windward seat last year and Republicans did not increase their elected numbers elsewhere.

Okimoto, who is only in her second term and did not come up through the GOP ranks nor cut her teeth as a legislative aide at the Capitol, wants a viable two-party system — something that has not been the case locally in years.

In the 25-member Senate, for example, there is only one Republican, Kurt Fevella.

It’s not the first time the Hawaii Legislature has seen battles over caucus leadership, but it’s usually among Democrats, as Ward reminded me.

Like some of those fights, the struggle within the GOP caucus in part involves longer-serving members versus relative newcomers.

Recent minority leaders have included Andria Tupola, a former candidate for governor now serving on the nonpartisan Honolulu City Council, and Beth Fukumoto, who was hounded out of her party (notably by McDermott) after opposing Donald Trump in 2016. Fukumoto later switched parties and ran unsuccessfully for Congress in 2018.

It’s been a rough couple of weeks for the Hawaii Republican Party.

Nick Ochs, an unsuccessful GOP candidate for the state House and leader of the local Proud Boys chapter — self-proclaimed Western (read: white) nationalists — was among those arrested in the storming of the U.S. Capitol on Jan. 6.

That made national news as well as locally at KITV, Hawaii News Now and all over social media.

So did this: On Jan. 24, an official with the Hawaii Republican Party resigned, “taking responsibility for highly criticized tweets defending supporters of the QAnon conspiracy theory,” The Hill reported. The tweets were made on the party’s Twitter account (see the screenshot at left).

“We want to represent the real needs of the people, keep our politics aloha and serve our state honorably,” she wrote.

Neither is the view of QAnon, which claims that “a cabal of Satan-worshipping pedophiles — mainly consisting of what they see as elitist Democrats, politicians, journalists, entertainment moguls and other institutional figures — have long controlled much of the so-called deep state government,” as The Wall Street Journal puts it.

The person who posted the sympathetic QAnon tweet, Edwin Boyette, was the local party’s (now former) vice chair of communications.

Meanwhile, the National Review — not exactly known for being “woke” and embracing “cancel culture,” to use the vernacular of many on the right — this week dinged the Hawaii GOP for promoting on its Twitter account a Holocaust denier on YouTube named Tarl Warwick.

“Being represented by Mazie Hirono in the United States Senate is enough to drive anyone mad, but the Hawaii Republican Party has perhaps allowed itself to slip a bit too far,” Isaac Schorr opined.

Nicholas Kristof of the liberal-leaning New York Times also knocked the Hawaii GOP for the tweet, making it a bipartisan jab.

The tweet, also attributed to Boyette, was taken down, according to the WSJ, something the newspaper said Ostrov also apologized for.

Ostrov confirmed her response (see above). And Ward emailed this statement, referring to the Holocaust tweet but also to the QAnon tweet:

“Let me be very clear, that statement was made by an over-zealous party officer that was unauthorized, unfounded and was total nonsense not reflecting the views of our party leaders or any elected officials.

“Fortunately he resigned before he was to be censured, reprimanded and removed.”

Tyler Dos Santos-Tam, chair of the Democratic Party of Hawaii, said he is worried that these views and incidents are not isolated and hopes that the local GOP will work to recruit for its party more “reasonable” people than Boyette.

As my colleague Nick Grube reported before the election — and who reported from D.C. when the Capitol was stormed by right-wing supporters of Trump — Hawaii Republicans are not immune from Proud Boys and QAnon appeal.

“It’s healthy for the Democratic Party of Hawaii to have a reasonable Hawaii GOP with whom we can debate, we can discuss and disagree,” Dos Santos-Tam told me, “but it’s unhealthy for us to have an extremist party that we have to work with.”

In the latest development illustrating a local GOP in transition, on Saturday Ostrov emailed the party’s executive committee to announce her resignation. Party officials confirmed the resignation Sunday as well as the naming of acting chair Boyd Ready.

A statement released by the Hawaii Republican Party read in part, “Over the last four years as Chair, Ms. Ostrov invigorated the Republican brand in Hawaii. She brought national resources to build better candidates, improved processes for educating and registering voters and increased the number of elected Republican representatives in our state legislature.”

The statement noted Boyette’s resignation and added,  “Ms. Ostrov thought she should also resign to allow the party to recover from the controversy and focus on finding excellent candidates and fighting for policies that improve the quality of life for Hawaii’s hardworking families.”

For his part, Ward told me Sunday, “Colonel Ostrov has served her country and party well, and is off to bigger and better things.” 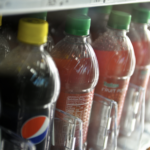 Ige's Plan To Tax Sugary Drinks Is Viable And Smart

Can it get any worse for the Republican Party in Hawaii?  I am a lifelong Democrat but I understand that we need a more balanced legislature and it would be healthier to have a more balanced government.  The article mentions how Ostrov "invigorated" the Republican Party the last 4 years, but the party is no better than it was 4years ago.  The members of the party need to stop whining and blaming the Democrats for every little failure.  They need to work harder and produce more viable candidates and stop lauding President Trump whom it seems that some of us local folks despise.  I respect the Republican Party in Hawaii but they need to distance themselves from the Trump party and appeal to the local voters here.  There are enough Republican supporters here but just not enough candidates that are competent enough to sway local voters.

Nationally the Republican party is about to get replaced after many of them lined up to stab Trump in the back, but then the future of the Democratic party does not look that bright either. The two have been cooperating for a long time in order to serve the interests of the ultra wealthy at the expense of everyone else, and now ironically enough the masks are coming off and everyone can see the game is rigged. It might be too late to save the country, but we can still clean up our local corruption and try to set a good example.