Hawaii is one of only three states that don't yet officially commemorate Juneteenth, the day that marks the historic end of slavery in the United States. 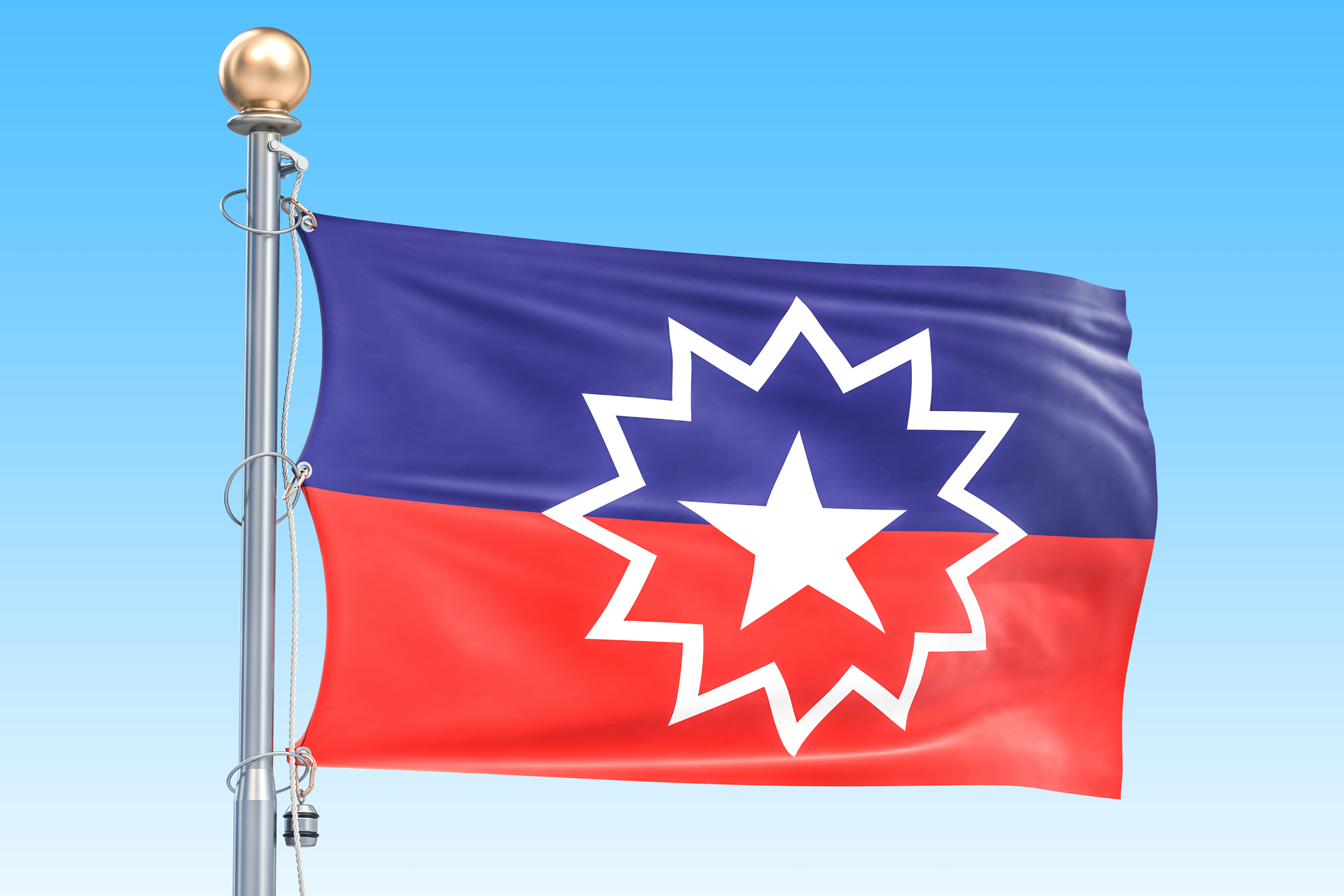 When Samantha Neyland was crowned Miss Hawaii USA 2020, she saw a unique opportunity to bring people of diverse backgrounds together and do something special for Hawaii.

Neyland brought attention to the Legislature that Hawaii was one of only three states that didn’t yet have an official recognition of Juneteenth — June 19 — the day that commemorates the historic end of slavery in the United States.

“I wanted to do something about it,” Neyland said in a telephone interview last week.

Hawaii, which has struggled over the years to overcome its complicated history of annexation and plantations, has many ethnic and economic divisions to this day that draw parallels to the plight of African Americans who have been held back by structural or institutional violence.

As a point in case, a report recently released by the Honolulu Police Department showed that even Honolulu had a noticeable difference in the way police used force against Pacific Islanders, Native Hawaiians, and African Americans.

That these three local vulnerable populations are experiencing more stringent treatment from law enforcement in a place like Hawaii highlights the need to ameliorate race relations and change the way we perceive one another.

Recognizing Juneteenth in Hawaii would be one way to bring attention, particularly in public education, to the historical pattern of racial inequality in America, and might be a way to raise keiki who are aware of systemic issues and willing to fix them.

At the Legislature, there are currently four measures that seek to recognize Juneteenth in Hawaii.

Senate Bill 16, Relating to State Holidays, introduced by Sen. Stanley Chang, would give local workers another day off to consider the importance of Juneteenth.

Senate Bill 316, introduced by Sen. Brian Taniguchi, Senate Bill 939, by Sen. Glenn Wakai, and House Bill 1308, by House Vice Speaker John Mizuno, all recognize and commemorate Juneteenth, but do not designate it as a state holiday.

Neyland believes that giving people a symbolic day to reflect on and to study about the past would be a win for Hawaii, because all people, not just African Americans, can understand that freedom is what empowers everyone to accomplish great things.

Mizuno, who authored and introduced the House version in collaboration with Neyland, said that these types of moral “wins” are all the more important when the country is recovering from such a divisive and agonizing experience in the previous election year.

Mizuno said that domestic unrest and economic frustration are things that the Legislature needs to be sensitive to, and giving people a day that represents release from oppression and historic attention to injustice would be useful, even in Hawaii.

“As we celebrate Black History Month, it’s important to remember that disparities have significant impacts on an entire society,” Mizuno said in a telephone interview.

“Celebrating Juneteenth is as much about Black Lives Matter as it is about bringing attention to the disparities between our vulnerable populations that make them more at-risk during the COVID-19 pandemic,” he added.

Mizuno, who represents Kalihi Valley, is also acutely aware of the historical link that Filipinos and African Americans have shared. For much of America’s history, both population groups were often relegated to menial positions in government and private sector occupations.

Only in the last 50 years have Filipinos and African Americans been able to start to assume more senior or meaningful positions of influence. “The civil rights movement broke the barriers and paved the way for all the other groups,” Mizuno said.

I mentioned to Neyland this pattern, and how some of the country’s most exceptional people have fought with all their human might for just the right to be considered human among their peers.

When I think of the struggles for respect in America, I think of individuals like Benjamin O. Davis Jr., a Black officer who was appointed to West Point by the only Black member of Congress at the time, Rep. Oscar De Priest. While at the U.S. Military Academy, Davis was intentionally ignored during his four years and no one spoke a word to him at all.

In spite of this prejudice, Davis later became a WWII fighter pilot and a lieutenant general in the Air Force, and is one of many “all-stars” of African American history for his talent and determination.

What has always bothered me is that the individuals we commemorate are often people who succeeded because they were the absolute best-of-the-best. The people whom we don’t hear about are the millions of other hard-working, ordinary individuals who never made it because they faced discrimination and were forced out. These people, if given a fair chance, probably would have become great in their fields.

“That’s a good point,” Neyland told me in response. “And I have always believed that true freedom is the freedom to fail and still be respected as a person. And that’s what all this is about. Freedom to be a person; freedom to know that with all your imperfections and all your achievements, you are still always someone worthy of respect.”

Now those are words of wisdom we all need to hear in 2021.

Neyland’s hope to make Juneteenth a recognition of these fundamental truths would be a great credit to both Hawaii and our aloha traditions, should these measures pass. Contact your representatives and senators and tell them you’d like to have a hearing scheduled for these bills.

Together, we can learn from the past and build a better future. 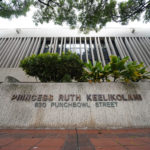 To my mind, Federal level is the proper venue for observing key milestones of the American Civil War, including the Emancipation Proclamation and the timeline of its implementation. States, on the other hand, should observe events that are specific to their own history. The Kingdom of Hawaii had no part in the American Civil War or the decades of various political developments in the United States that led to it; the 100 or so Hawaiians who were dragged into the CIvil War (e..g, serving on the CSS Shenandoah) were for the most part victims of circumstances. However, Hawaii has its own, unique to Hawaii, history of slavery and segregation. So, at the State level, we should remember, among other things, the 1850 Masters and Servants Act, the 1900 Hawaiian Organic Act, the 1920 Politics, and the 2010 Aloun Farms case.

Consider the following equally appropriate dates:16 Apr 1862    Slavery abolished in the District of Columbia22 Sep 1862    Emancipation Proclamation signed privately by Lincoln 01 Jan 1863    Emancipation Proclamation was published formally.  It ends slavery in the Confederate states only.31 Jan 1865     13th Amendment passed Congress 02 Dec 1865    13th Amendment ratified by ¾ of states.  This date ended slavery in Kentucky and Delaware, the last places in the US to formally end slavery.18 Dec 1865    Passage of the 13th Amendment was formally announced.19 Jun 1865     Union General Gordon Taylor publicly announces the Emancipation Proclamation in Galveston, Texas.  This is the date celebrated as Juneteenth.As you can see there are several dates of more historical significance than the announcement of the proclamation in what was essentially a backwater at the time.  Personally, I favor the 2 Dec 1865 date.  The problem for modern commerce is that it is sandwiched between Thanksgiving and Christmas.

So Mattie_H is incorrect.  Hawaii continued to host a form of slavery called "indentured servitude" that the U.S. outlawed in 1865.  The King's "Board of Immigration" brought almost 50,000 workers here on this program in the late 1800s (20,000 Chinese, 23,000 Japanese, 8,500 Portuguese, and smatterings of Filipinos, and others).Search: Schmitt, Demographic statistics of Hawaii: 1778-1965,University of Hawaii Press.