In the 1920s, the museum invited anthropologist Louis R. Sullivan to study racial differences between so-called “pure” Hawaiians and Hawaiians of mixed ancestry. 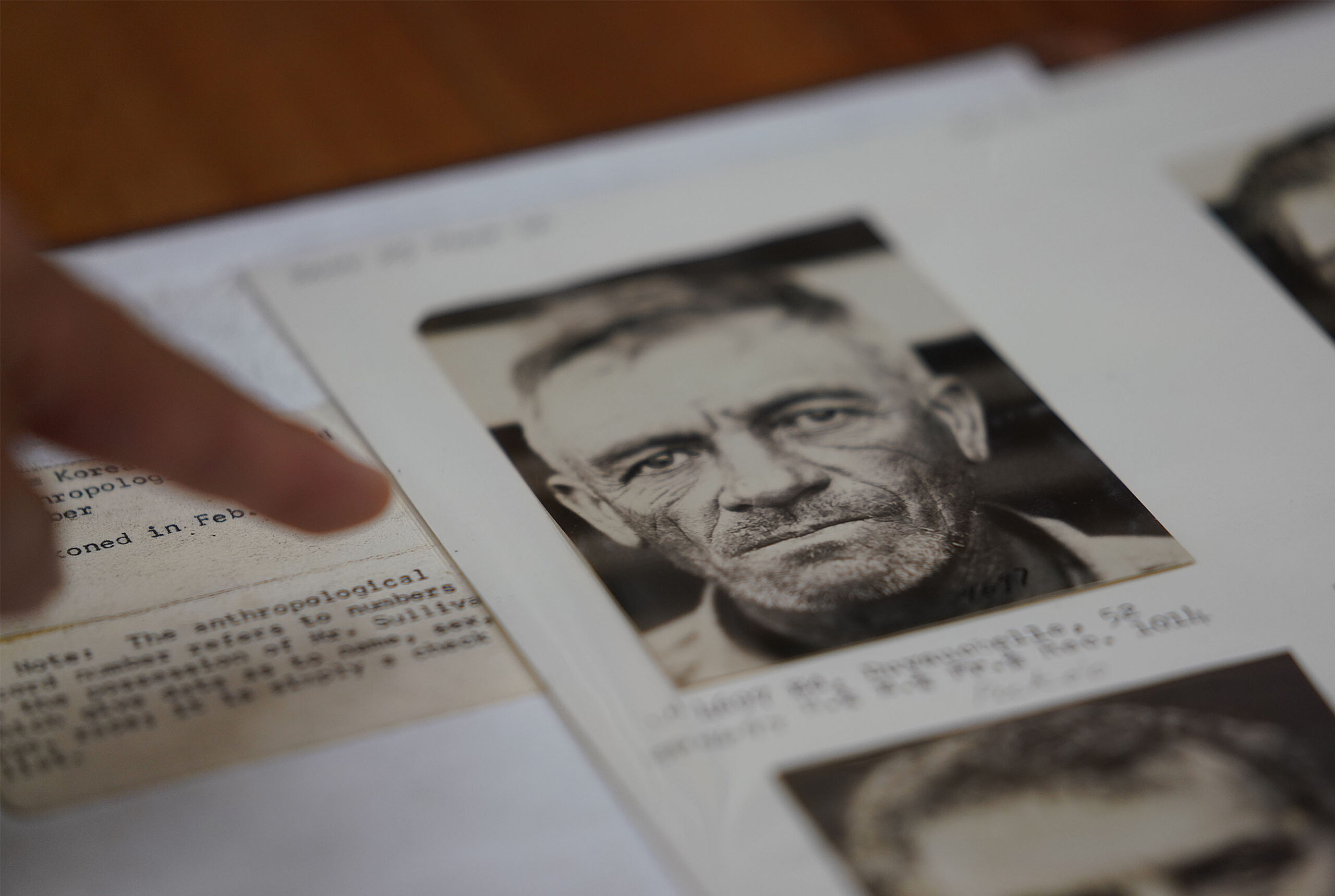 In a new exhibition, the Bernice Pauahi Bishop Museum acknowledges that a research project it supported and funded in the early 1920s helped perpetuate scientific racism.

“For many museums it is critical to examine our own histories. It is more important now than ever to look into some of the more challenging and difficult topics,” museum president and CEO Melanie Ide says.

Museums around the country are beginning to come to terms with their past roles in perpetuating racism and colonialism. Bishop Museum is one of the first to create a special exhibition to explain the history of scientific racism and its effect.

“We are super proud of what we have created. I have never seen anything like this in any other museum,” co-curator Keolu Fox says. “We want to acknowledge nasty things that happened in the past that we don’t want to happen again.”

Fox is an assistant professor at the University of California San Diego, affiliated with the Anthropology Department and Global Health Program.

The exhibition directly confronts the racialized context in which Sullivan’s research took place but also points out how today the anthropologist’s photos of Native Hawaiians have taken on a new life to advance ancestral and genealogical research.

Sullivan came to Hawaii in 1920 at the invitation of the Bishop Museum and the financial sponsorship of the American Museum of Natural History in New York, where he worked. He was hired to be part of the Bayard Dominick Expedition studying the origins of Polynesians.

Sullivan’s role in the massive research venture was to study racial differences between so-called “pure” Hawaiians and Hawaiians of mixed ancestry.

While in the islands, Sullivan commissioned 54 plaster busts of Native Hawaiians and he took hundreds of black and white photographs of Hawaiians and measured their heads and other physical features. He had a nurse draw blood samples.

He also had a full body plaster cast made of David Kahanamoku, brother of famed waterman Duke Kahanamoku.

With support of Bishop Museum, Sullivan shipped the Kahanamoku body cast and hundreds of his pictures of Hawaiians and some of the plaster busts to New York to present his research at the Second International Congress of Eugenics there in 1921.

Eugenics is now a discredited movement — popular in America in the late 19th and early 20th century — that promoted the improvement of the human race by encouraging reproduction between those with so-called superior traits and discouraging mating between individuals with supposedly negative traits. The white race was usually considered the pinnacle.

Eugenics was carried to its horrific extreme in Nazi Germany with Hitler touting the “Nordic race” as his eugenic ideal.

In Sullivan’s work, Hawaiian people were objectified as research specimens, categorized in rigid race classifications, frozen in time, rather than treated as distinct individuals, members of varied population groups with their own complex, evolving and interesting backgrounds.

In the pages of the albums holding Sullivan’s photos, all that is written are the subjects’ names — sometimes misspelled — their location and their racial composition.

“The damage of Sullivan’s research, like that of many physical anthropologists of his day, is that it took the concept of race, which was itself an invention of colonialism, and gave it a false appearance of scientific legitimacy,” says exhibition co-curator Jillian Swift.

“It did this through suggesting that these ideas of race and racial hierarchy could be categorized and codified through measurement. Measurements of physical characteristics, blood type, hair/eye/skin color,” Swift says.

Sullivan’s research, like the work of many physical anthropologists of his time, made assumptions that physical characteristics measured by the practice of anthropometry could be linked to other traits like mental capacity and cultural abilities.

“These ideas are resoundingly false, and have been disproven and discredited many times over many decades. Yet today we’re still dealing with the damage they’ve caused, and the social, political, and economic consequences of inequalities justified through false notions of race and racial hierarchy,” Swift says.

The museum’s goal is not to vilify Sullivan but rather to present the historical context in which he did his work and relate how studying variation between population groups has changed.

Swift says she hasn’t found any documentation in the museum’s files to clarify how Sullivan got Hawaiian families to participate in his research, what he told them about the details of his work or if he mentioned that their pictures and body measurements would be presented at an international eugenics conference in New York.

One account I read in newspaper archives said many Hawaiians agreed to join Sullivan’s study after they were encouraged by people they respected including teachers and community leaders who told them the work was important and scientific.

The participants also got the benefit in the 1920s when photography was rare and expensive of having professionally taken family portraits.

The context and intent behind the pictures seem insensitive and invasive today. But the photographs have become a valuable resource for families yearning to find out more about their ancestors and their genealogical connections.

For some descendants, Sullivan’s photos offer the first view of relatives they might have known about but never seen.

In a flyer for the exhibit, descendant Annemarie Aweau Paikai says: “Seeing these photos for the first time left me speechless but so excited. It was so gratifying to find them and put faces to the names I had been researching of my kupuna.”

A photo of her great-great grandfather Lameka Hoolapa is featured in the exhibition.

Family histories, family memorabilia and stories from five descendant families whose relatives were studied will also be on display.

Co-curator Leah Caldeira and her staff in the museum’s Library and Archives have worked with the families to record their stories and memories to be shown by the individual pictures.

Nalani Balutski, a descendant of the Duvauchelle family of Molokai, said she had seen Sullivan’s picture of her relatives in her grandmother’s house for many years but until recently she never knew why the cherished photo was taken.

“I am grateful to have a lens into my family’s story in spite of the pain of their circumstances at that time, living in the aftermath of the loss of the Hawaiian Kingdom. But, still, it makes me sad to think of them not knowing the context in which Sullivan would use their images,” Balutski says.

She is a faculty member at the Hawaiinuiakea School of Hawaiian Knowledge and a doctoral candidate in education at the University of Hawaii.

Fox says that although body measuring studies like Sullivan’s are long past, there are still new and ever-changing ways to exploit native populations.

The new frontier of studying human variation today is genetics.

He cautions that marginalized populations still have to be on guard to make sure that their genetic material is not co-opted and used for exploitative purposes.

Fox holds a doctorate in genome science from the University of Washington in Seattle.

In an article for the New England Journal of Medicine in July, Fox states that drug companies that have used genetic material from indigenous populations in their research to develop valuable new medicines should create plans to share benefits with their research subjects.

That could include royalties, profit sharing or subsidized access to the drugs produced — something that is not now commonly done.

Museum president Ide says the beauty of the new (Re)Generations exhibition is it offers a safe place to generate conversations about such difficult and controversial  issues.

“We need to have these conversations with each other to better understand how we got to where we are.  Without acknowledging the underlying history, it is hard to make change,” she says. 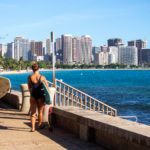 Racism exists no matter where you are in anytime or year it doesnât matter, itâs how well you deal with it and stop blaming one another for the kind of world we live in.We ALL created this ugly word from all of our past, present and future until people stop treating one another differently because of the color of there skin, hair, body shape, beliefs or even religion nothing will change.

I think the only thing this shows is that racism was prevalent in the past and that things have vastly improved over the years. According to the media, we are still in the 1920s.

Good points brought up by MililaniDad & Rocky. Easy to think that in 2021, we have reached the highest stage of morality & ethics. But who knows what folks in 2121 will think when they look at photos & videos of our world. Things we think are totally acceptable, even praiseworthy, might be looked upon w/disdain & disgust 100 years from now. I don't know what the future holds, but just to throw out hypothetical examples: The simple acts of eating meat, having dogs as family pets, or enjoying football games might be seen as crude barbaric behavior by future generations. Politicians, celebrities, & other notable figures who are currently held in high regard might be targets of condemnation a century later. And vice-versa as well.Moral relativism. It's never going away.