Is inaugural poet Amanda Gorman in danger of being over marketed and overexposed before she reaches her full glory? 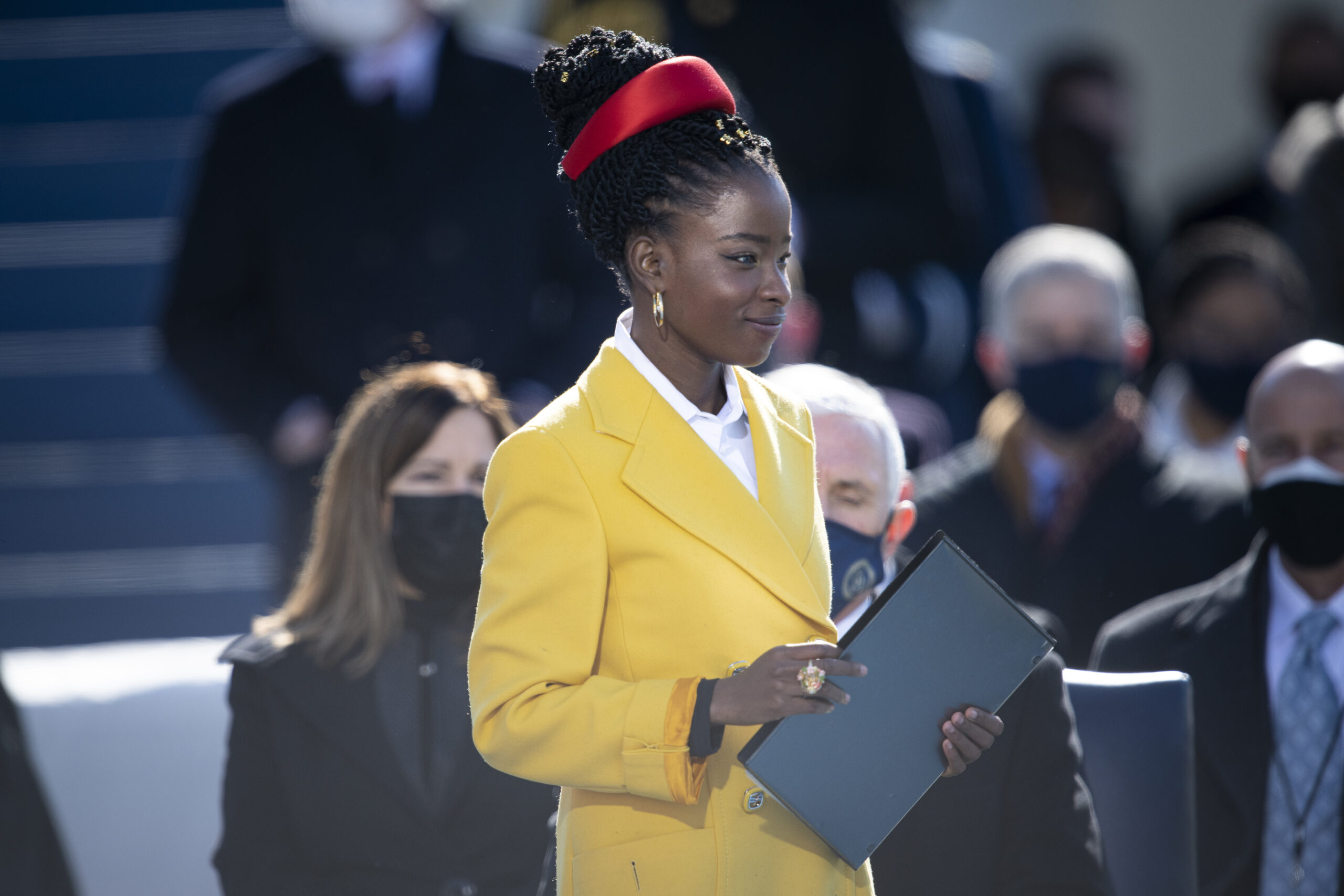 This is my ode to Amanda Gorman and a fervent prayer that she does not disappear before our very eyes in a froth of fan art and memes; a glorious young woman cast adrift in a sea of overexposure.

There’s a danger of disappearing in a society like ours that eats up its celebrities, spitting them out when we have absorbed too much.

But maybe it’s being overprotective to worry about Gorman at this time of celebration when we are all cheering for her.

A key factor that should insure her lasting success is that she has talent, enormous talent.

Gorman, the nation’s first Youth Poet Laureate, was a surprise superstar at President Joe Biden’s inauguration with her powerful recitation of her original poem “The Hill We Climb.”

She immediately captivated millions of new fans. Since then, talk show hosts have scrambled to interview her, marveling at the 22-year-old Harvard graduate’s composure and confidence.

“I remember thinking people are going to be talking about this. It was quite a performance. She was ready for the occasion, not intimidated. Her poise and presence were remarkable,” poet Kathleen Norris says.

But Norris also worries about the impact such instant, skyrocketing fame could have on someone so young.

“Our culture is very fond of lionizing people and then tearing them down. It is a risky time for her now. Fame and money at an early age can be a real killer. She is obviously a smart person. I just hope she has good people around her to help her navigate this,” Norris says.

Norris, who grew up in Honolulu, has had three volumes of poetry published nationally — her first poetry book when she was 22. Five of her nonfiction books have been on the New York Times bestseller lists.

The NFL has invited Gorman to recite an original poem this year at the pre-show of the Super Bowl in Tampa, Florida, on Sunday to honor three Americans the NFL wants to single out for their service during the pandemic.

Past Super Bowls have reached audiences of nearly 100 million.

Due to rising demand for Gorman’s work, her publisher, Penguin Random House, announced it will print 1 million copies of each of the young poet’s books scheduled to be released later this year.

The publisher says Gorman is going to be a cultural force for a long time.

Gorman also recently signed a contract with IMG models, one of the world’s biggest talent discovery and model management agencies. The company says her signing is “to expand her brand through endorsements and editorial opportunities.”

The agency is representing her for fashion and beauty endorsements worldwide.

Will Amanda become more a wearer of clothes and less of a weaver of words?

Hardly, says Punahou School English teacher Eliza Lathrop, who calls Gorman incorruptible. “She is a poet. You don’t get to be 22 and deliver a poem like that without a core that has integrity to it. She is our generation’s Maya Angelou.”

Lathrop says Gorman has become a valuable asset in her efforts to convince her students that poetry is much more than the musings of dead old white men.

She calls “The Hill We Climb” poem a turning point in her ninth grade students’ study of poetry.

When one of her ninth graders carefully analyzed the poem, she said the young student’s words brought tears to her eyes.

Lathrop quoted her student as saying: “At the beginning, the poem asks how are we going to find our way out of ‘the never-ending shade’ and gives the answer at the end of the poem that the light to guide us out of the shade is us. That in her lines, ‘The light is there if only we are brave enough to see it, if only we are brave enough to be it,’ we are the ones who must be responsible. Each of us is responsible for change.”

Lathrop says, “I think that is what is so powerful about the poem. We tend to look for solutions from others. Her poem makes the point for the students to see themselves as the solution.”

Lathrop believes the students’ strong attachment to Gorman’s poems is making them more empathetic, more able to understand that dead poets from distant times, poets who are sometimes more difficult to understand, may have something relevant to say to them.

This @reddit photoshop battle of me is making me laugh so hard 😂https://t.co/OtFdFUdeVC

Kauai language arts teacher Jonathon Medeiros is also trying to fire up his students about the works of living poets.

Many of the juniors and seniors at Kauai High School in Lihue are Filipino-Americans from first, second and third generation families, Medeiros says.

Medeiros adds that his students’ first reaction to Gorman’s recitation at the Jan. 20 inauguration was awe “because she is so young, but that initial surprise led to deeper discussions in class.”

He says Gorman’s confident performance and powerful words showed the teenagers that a person who looks like them and is close to their ages is important enough to share their voice, has a story big enough to be told.

“She made it clear to even a 15-year-old on Kauai who is just beginning to learn English that his voice matters,” Medeiros says.

However, he also worries about her rapid rise to fame.

“Our tendency in this country to lift up individual people of color and put everything on their backs, making them singular figures meant to shoulder a tremendous weight when her very message is that it is up to each of us to do our part,” he says.

Norris says it is still unusual for poets today to reach rock star fame during their lifetimes, with rare exceptions such as Bob Dylan.

“She is our generation’s Maya Angelou.” — English teacher Eliza Lathrop

In the 19th century only Alfred Lord Tennyson achieved worldwide celebrity status in his lifetime. Tennyson spent his later years pursued by star-struck fans and visited by many notables including Queen Victoria and Hawaii’s Queen Emma.

Even the 2020 Nobel Prize for Literature winner, poet Louise Gluck, is hardly a household name.

Norris says the majority of poets who labor in obscurity, struggling at other jobs to make ends meet while they write their poems, can be an “envious lot.”

“Just knowing that world, Amanda is certain to run into her share of jealousy,” says Norris.

But Medeiros says that even though Gorman’s poetry seemed to emerge effortlessly out of nowhere, like most poets she has been working for years at her craft.

I hope Gorman keeps her feet on the ground and her words in the stars, captivating young people, reminding all of us to do our part to make life as magically hopeful as her rhymes. 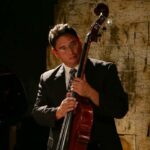 I concur with Perseus (see below). Poetry is an art form that requires continuous growth and effort. Generally that means time to think and solitude to tune out mindless chatter. That a modeling agency "wants to expand her brand through endorsements" means they just want to sell her face and/or body to make money. It's great that she will get some of that money, but that agency won't give a rip about her mind or her poetry. I hope Amanda has loving mentors and wise counsel to enable her to follow her beautiful heart.

While Amandaâs fame has given her a larger national profile, she was also featured once or twice by CBS This Morning beginning when she was 16 and named the Youth Poet Laureate.I also hope she can keep her feet on the ground. We can only wish her the best and applaud her ability to make a living from her poetry.

She grew up in Honolulu? How strange I hadn't heard this before, especially since you'd think lots of news outlets would have made that connection with Obama's history.Anyway, since she did, I absolutely have to ask the usual, obligatory Hawai'i question ... What high school?