Two new reports reveal that the government agency has failed miserably in its critical mission to diversify ag. 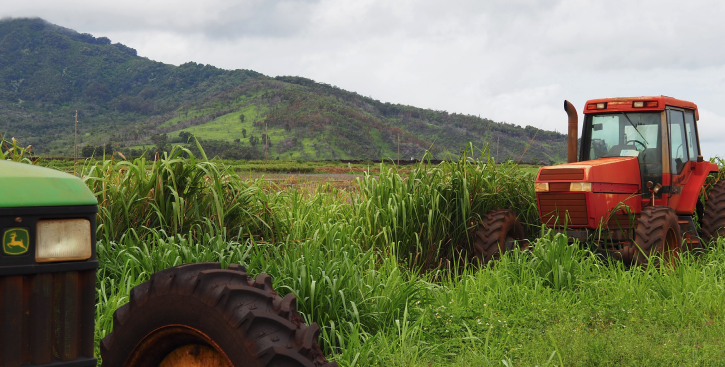 In 1992 Dole Food ended pineapple production on Lanai. Just two years later, Hilo Coast Processing shuttered its sugar operations for good, as did Hamakua Sugar, both on the Big Island.

The year 1994 was, not coincidentally, the year the Hawaii Legislature created the Agribusiness Development Corp. to “facilitate the transition of agricultural infrastructure from plantation operations into other agricultural enterprises,” as Act 264 stated.

The ADC’s work would involve analyzing marketing approaches and providing leadership “for the development, financing, improvement, or enhancement of agricultural enterprises.”

ADC’s mission soon grew even more urgent. Beginning in 1995 with the closure of Oahu Sugar and continuing to 2016 when Maui’s Hawaii Commercial and Sugar Company closed — the end of King Sugar — more than a half-dozen more large-scale ag operations folded. (Some pineapple is still grown locally.)

But, even though the trend was painfully obvious and thousands of people were losing jobs, ADC was slow to act.

It wasn’t until 2003 that it assumed management of the Kekaha Sugar operation (which halted for good in 2000) and not until 2012 that it made its first land purchase (1,227 acres of former pineapple plantation lands in Wahiawa owned by the George Galbraith Estate). And it wasn’t until 2017 that ADC issued its first license for those lands.

Indeed, the Agribusiness Development Corp. has transformed into an organization that mainly purchases farm land but does little with it.

Today, 27 years after its founding, the ADC has not become “the entity the Legislature envisioned,” one that would develop an agriculture industry “to stand as a pillar” of the state economy alongside tourism and the military, according to the audit, which is rightly described in news reports as “scathing.”

Instead, it has been a complete “fiasco,” in the words of a University of Hawaii economist.

The one-two punch of the state audit and the UHERO analysis, both released last month and both coming at a time when the state is hungry for new revenue sources in the wake of the novel coronavirus calamity, is a serious wake-up call.

The responsibility for the ADC’s failure falls to the agency’s leadership, of course, but mostly with the organization that created it: the Legislature. They made it; they own it.

It’s encouraging that House Speaker Scott Saiki and Senate President Ron Kouchi are troubled by the reports. Saiki, who has promised a public hearing on the ADC, described the agency as “dysfunctional,” which is an understatement.

We are worried, though, that this may become less of a concern as the Legislature continues its 2021 session restricted by deep budget deficits. Will the end result be yet another task force to study the issue?

The ADC itself seems resistant to change, with Executive Director Jimmy Nakatani previously claiming it could not be bothered to get audited because it was “too busy.”

Too busy doing too little, it seems. Nakatani himself is quoted in the audit as saying, “No one here has a deep agricultural background.”

But there is more good news amidst these shameful findings: Other legislators are already working on constructive plans for the ADC.

Sen. Mike Gabbard, chair of the Agriculture and Environment Committee, has scheduled a hearing next week on his bill to require the corporation to annually lease at least 50% of its land to businesses primarily focused on local food production. The bill notes that the ADC manages over 22,000 acres of public agricultural lands “with significant potential to shape” the state’s goal of greater food self-sufficiency.

That’s an idea that deserves attention. As Civil Beat’s new series, Home Grown, points out, Hawaii imports more than 80% of what we eat.

We are pleased as well to see that Gabbard’s House counterpart, Rep. Mark Hashem, has authored a companion bill to Gabbard’s. Both also require the ADC and the Department of Agriculture to submit reports to the Legislature on leasing activities. (Hopefully, Mr. Nakatani can make the time.)

Even if the bill passes, we are a long way from true diversification, let alone returning ag to its premier status as an economic driver. Seed crops, coffee, cattle, macadamia nuts, aquaculture, papayas, bananas and other island agricultural commodities generate around $400 million of revenue a year of the state’s total GDP of $97 billion in 2019 — that is, pre-COVID-19.

But agriculture must be a part of our economic future. If the ADC is to play a role, lawmakers would do well to review the 28 recommendations in the auditor’s report, including the first one:

“Update and revise its mission statement to reflect the corporation’s purpose more completely as intended by the Legislature to address, among other things, facilitating the development of Hawaii-based agricultural enterprises and strategies to promote, market, and distribute Hawaii-grown agricultural crops and value-added products in local, national, and international markets.”

Barring that, lawmakers should take a look at another proposed bill this session, one that references the auditor’s report directly: Dissolve the ADC and transfer all lands and staff — “except for the executive director” — to the Department of Agriculture. 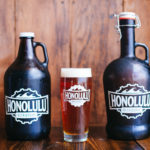 Start over.  Dissolve the Agribusiness Development Corporation, and transfer its assets to a new agency.

I favor Plan B. A new charter wonât fix this problem. Dissolve the do nothing, waste everything ADC.

"Must Fix"This declaration rings true and gets applause, but when we look at the present economic/political system, it's a rather difficult reality too manifest.Locally, we have state and counties trying derive the most money off of RE taxes. Land becomes more taxable when developed in non-food production.On the macro level, global capitalism has created a transport network where the cheapest labor and manufactured products can be sourced at the cheapest prices from the far corners of the world. This includes food.Under this present financial system that the whole world is invested in, especially Hawaii with it's imported needs and offshore money flows into the state to sustain our lifestyle in Hawaii, it is going to take something more than anything we can do or project with wishful declarations.I will say, it is a start in changing our vulnerability, by getting rid of of the present ADC and getting realistic productive visionaries in our bureaucracy.