Hawaii's Legislature is considering whether to seek reimbursement for the cost of rescue operations for people who ignore warning and no trespassing signs. 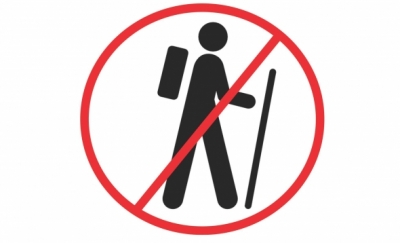 Somewhere out in the mountains in a remote part of Hawaii, a “No trespassing” sign is attached to a fence. Maybe the sign explicitly says “No hiking,” or has a graphic that shows a person with a backpack and walking stick covered by a big red circle and backslash, known as the “universal no” symbol. Perhaps there’s also a sign that says “danger” or one that says, “Warning: hazardous conditions” or “For real, brah. No even try.”

If a person sees the warnings, shrugs and willfully presses on toward fantasies of untamed adventure only to meet up with some sort of almost inevitable trouble, should that person be responsible for the cost of their rescue?

Or should that be yet another service Hawaii provides for free to residents and visitors alike?

On the one hand, heck yeah. Send ’em the bill. If you got yourself into trouble doing something risky and illegal, why should Hawaii taxpayers have to pay for the cost of hoisting your thrill-seeking butt out of the bushes?

From the rescuers point of view, though, fire department administrators have repeatedly opposed the idea of charging for any rescues, regardless of fault or recklessness, saying that could ultimately make those who get into trouble less likely to call for help, and thus compound their peril.

The Legislature is considering a bill that would allow government entities to seek reimbursement for the cost of rescuing people who ignored posted warnings and entered prohibited areas, then needed to be saved.

Senate Bill 700 moves to the Senate Judiciary Committee for a hearing on Wednesday morning.

It would allow any government agency to seek reimbursement for the cost of search and rescue expenses from a person, their estate, their guardians, or any entity responsible for placing the person in danger if it is determined that the person entered state, county or private property that is closed to the public and marked with a sign “giving reasonable notice of the closure.”

The bill is a work in progress and does not at this point spell out the burden of proof that must be met by the government to show the hiker knew they were in a prohibited area.

Also to consider is that when adventurers get in trouble doing dangerous stuff in remote places, there have been lawsuits against the state and counties and private land owners alleging negligence for failure to provide adequate “do not” signage, failure to block access, failure to stop prior similar acts over the years by other people. The burden of responsibility is rarely on the person who took their lives into their own hands.

But if this is the moment when Hawaii stands up and takes control of the absolute insanity that came with 10 million tourists a year, then the idea of making individuals and unscrupulous adventure companies liable for the cost of getting them out of trouble is a good place to start (though it’s not just tourists who get in trouble veering off trails).

It’s hard to legislate around human nature and people’s foibles, but something to consider is whether having to pay for rescue would actually serve to deter reckless behavior and rogue hiking into prohibited areas.

The state Department of Land and Natural Resources “is in support of any strategy that will incentivize the general public to stay within authorized managed areas and already has statutory penalties for violation of laws and rules adopted specifically for going into closed areas. While these penalties are in place, absent enforcement and citations, they are clearly not a deterrent,” department chairwoman Suzanne Case said in testimony on the bill.

And that’s where we always get stuck: enforcement.

Like so many other issues in our state and so many other laws that have been shaped in the Legislature, the question of implementation and enforcement is unanswered. Will there be a new Office of Rescue Reimbursement with a cadre of lawyers? Or will it be another requirement dumped on an already overburdened civil servant with piles of files on their desk?

The neighbors who live around the Maunawili Falls Trail on Oahu have been dealing with illegal hikers and the noise of rescue helicopters for years and years. They know how this tends to go in Hawaii. There are promises and half-measures but basically the only thing that ever changes is that the situation gets worse over time.

Making intentionally reckless hikers pay for the consequences of their actions makes perfect sense until you get to the part about exactly how that’s going to work.

Passing a new law that doesn’t have the enforcement part of it all worked out is like stepping off the beaten path into the overgrown tangle of bureaucratic nothingness. 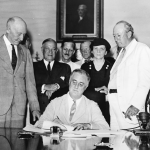 FDR Responded To The Desperation Of His Time

As an experienced hiker I have mixed feelings about this proposed legislation. As See_jane said there are very few hikes on Oahu that are officially sanctioned. Many of the nicest trails are in officially off limits areas. Not to mention the fact that the military is occupying major portions of prime land here. Citizens have a right to ocean access so why donât we have a right to mountain access? Mountains are also part of the "commons" . As Keala Kanai said charging people will incentivize them to delay calling for help, and thatâs immoral. Moreover, donât forget that even the most experienced person can just have bad luck. Not everyone who gets into trouble in the mountains is an idiot (Google Ueli Steck). What we really need is more education and better information on the objective danger of any particular hike. Since no one else has done it, I am developing a standard grading system for hikes in Hawaii so that people can assess risk relative to conditions and their experience level BEFORE they go out.

Talked to a few of these naive visitors. They all said they were told it was alright and you just had to pass a certain point! S old stuff all the time

Solution:As a tourist gets off an airplane or cruise ship they have to sign a legal promissory note that why will pay all monetary obligations to their potential rescue due to an unforeseen accident. Those who refuse to sign the contract will then have to post a $5,000-10,000 bond to be allowed entrance into the islands.And while we're at it, a tourist will also have to sign a contract that they will spend an X amount of money per day during their visit. I'm sure our legislators will make the daily fee a high amount, thereby insuring a higher class of tourists, who statistically are less accident prone.