Analysis of insurrectionists’ backgrounds shows it’s not a beautiful day in the neighborhood. 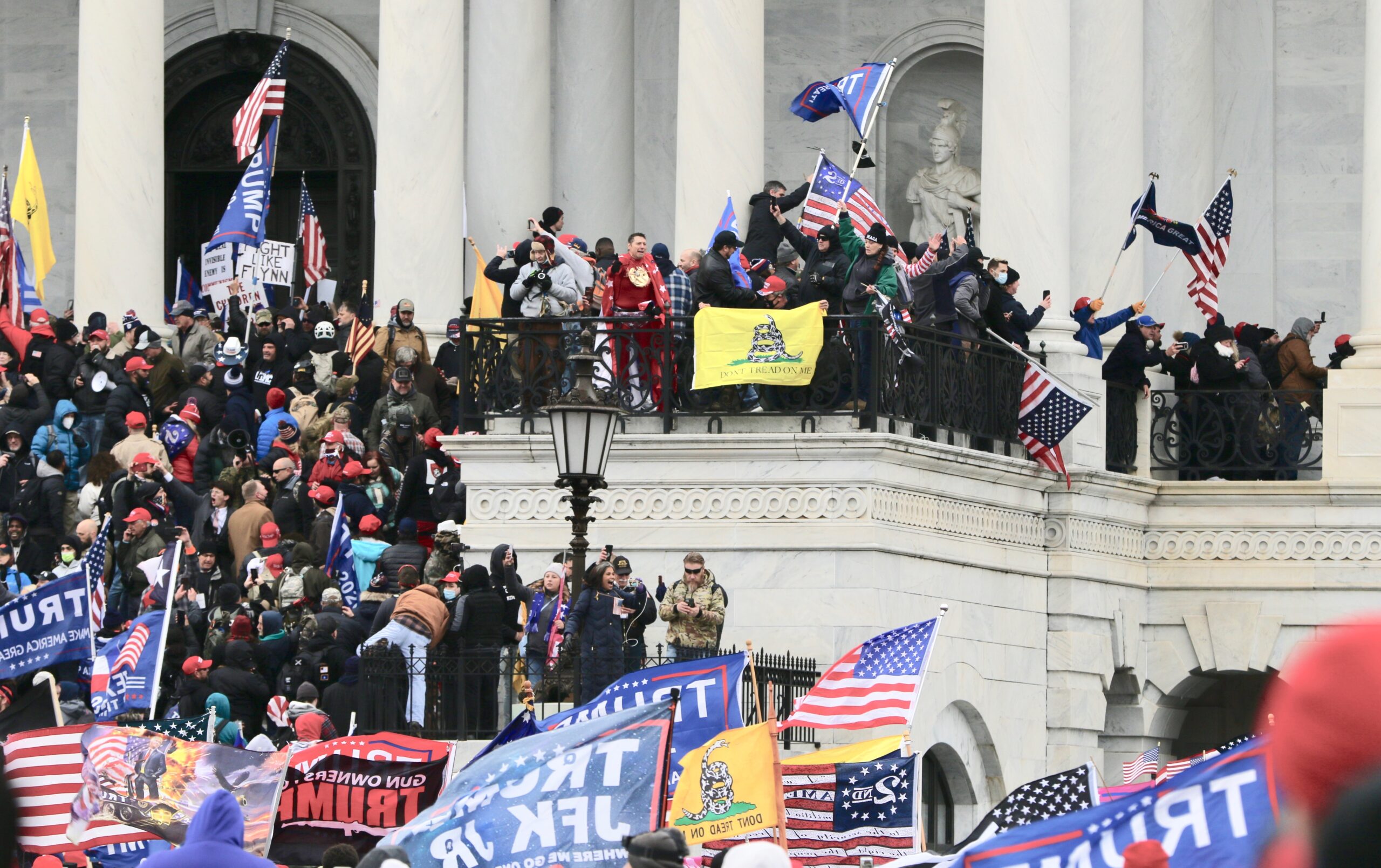 The Jan. 6 Capitol insurrectionists are your neighbors.

Actually, these new insurrectionists may not be your neighbor because you might not be able to afford to live in their neighborhoods.

Old style right-wing extremists, the types arrested for political violence over the past few years? January 6 was something new.

It’s your neighborhood insurrectionist that makes today’s political situation such a powder keg and so hard to confront.

The University of Chicago’s Chicago Project on Security and Threats took a close look at the backgrounds of most of the people arrested in that attack so far.

It found that the attackers were not like right-wing extremists we’ve seen over the past few years — the ones who are getting most of the attention.

Jan. 6 was “a new kind of violent mass movement in which more ‘normal’ Trump supporters — middle-class and, in many cases, middle-aged people without obvious ties to the far right — joined with extremists in an attempt to overturn a presidential election,” the project found.

“What’s clear,” two of the project’s analysts wrote in The Atlantic, “is that the Capitol riot revealed a new force in American politics — not merely a mix of right-wing organizations, but a broader mass political movement that has violence at its core and draws strength even from places where Trump supporters are in the minority.”

Let’s take a closer look at who these people are — why “neighbor” is the best way to think of them and why this new mass movement is not likely to go away.

Won’t You Be My Neighbor?

Close to half the people arrested at the Capitol either own businesses or are white collar workers, including CEOs, shop owners, doctors, lawyers, IT specialists, and accountants. One is a regional portfolio manager at a large bank. Another owns a hair and nail salon in Beverly Hills. Close to 90% are employed.

Only 10% of those arrested so far were members of militias or other far-right groups. Among far-right violent extremists arrested over the past five years, 48% were members of such groups. Your neighborhood insurrectionist is also less supportive of QAnon than the country as a whole.

These “normal” neighborhood insurgents, then, are not marginalized, uneducated roughnecks venting their frustrations at a system that has screwed them over, which is closer to the usual violent far-right profile and probably the ones you picture when you think of political violence.

Your insurrectionist neighbor is in fact part of the system and doing quite well by it.

The Jan. 6 insurrection is more of a mass movement than a fringe movement. This movement is not dissipating. It is seething. There are still “stop the steal” demonstrations all over the country.

What’s more, your neighbor insurrectionists have taken a giant step toward working with, if not actually affiliating with, white supremacists and adopting their violent tactics.

Molly Conger works for an organization that was monitoring the “stop the steal” developments on social media leading up to Jan. 6. As she told Rolling Stone, in the weeks before the attack, the people on MAGA Facebook sites were sounding more and more “like the race-war guys. These suburban dads are talking about murdering journalists, murdering Nancy Pelosi, hanging Chuck Schumer.”

It was “a logical end point for something I’ve been watching for a long time,” Conger said.

At least 60% of Republican voters still think that the election was stolen. A recent American Enterprise Institute survey found that a majority of Republicans agree that the American way of life is disappearing so fast that we may have to use violence to stop it.

The fuel for this now does not come from national enablers like Josh Hawley or Ted Cruz (who even Mister Rogers would not want as his neighbor). It comes from the grassroots, especially state and local Republican parties.

How about your Republican neighbors in Hawaii? It is hard to get a handle on what party officials here think because the state’s GOP is in such shambles that it barely has any functioning organization.

Politics has become nationalized. Party identification overcomes regional differences. There is every reason to believe that Hawaii’s Republicans are like the GOP elsewhere.

There have been no polls about this in Hawaii, so let’s use Massachusetts as a guide. Massachusetts is a heavily blue state like Hawaii. Trump got just about the same percentage of votes in both places. Just under two-thirds of the GOP voters in that state think that Trump won.

That would mean about 140,000 Trump voters in Hawaii think the election was stolen.

No Easy Way To Stop ‘Stop The Steal’

Right now, there are no good ways to stop this movement because it is a work in progress involving a novel and puzzling group of people. It’s puzzling because they are so much like us.

What we get are generic pat answers that raise false hopes. Jason Stanley who has written an important book on fascism in America, recently offered this misguided advice.

“Let’s have a vast economic relief program,” he said on NPR. “Let’s address the incredible economic inequalities that lead people all over the country to feel that government has betrayed them.”

Excellent ideas. Except in this case, those ideas are irrelevant. They pay no attention to what the insurrectionists are really like.

As the authors of the Chicago security study put it, “some of the standard methods of countering violent extremism — such as promoting employment or waiting patiently for participants to mellow with age — probably won’t mollify middle-aged, middle-class insurrectionists.”

The Chicago report says that right now, there are no good solutions. Those are not the kind of responses we want from experts. But don’t blame the bearers of bad news. Frightening, yes. But definitely accurate.

The root of the problem is not about policy but about the failure of imagination.

Think of how different your insurrectionist neighbor is from your vision of right-wing political extremists, which has allowed you to dismiss them as outside the mainstream.

The new movement is too close to the mainstream for comfort.

In that Rolling Stone piece, Molly Conger said that at the Capitol that day, despite her prior knowledge, she could not help being surprised when she witnessed a MAGA supporter beating up a cop.

The first step toward not being surprised is to visualize insurrectionists as people like your friends and neighbors. 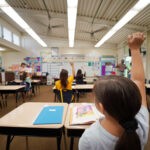 We may need more than two major parties if we are to accommodate the views of 330 million people. The insurrection of the 6th of January was a BLEVE that ruptured the Republican vessel. Pressure is at a dangerous level over in the Democratic vessel, where the Left is about ready to call it quits with the so-called Progressives. "There are no good solutions." Indeed!

For the most part, the media is either asleep at the wheel or complicit in the divisions.     People who believe that the election was stolen are not getting their information from the main stream media. They have legitimate questions such as why were there such large spikes in Bidenâs vote tally. What was going on in the vide of poll workers telling poll watchers  to go home and then boxes of ballots were retrieved from under tables and counted till morning? Why was the truck driver told to take his load of ballots across state lines?     The mediaâs standard response has been to say that these are unfounded conspiracy theories. They are unsubstantiated claims. Nothing to see here and if you mention we will de-platform  you for mentioning it. This might work for people who get their news from CNN, but not for the people who want answers to these questions.      These are just a few of the questions that people have. If people only get their news from CNN, they are unlikely to even be aware of the questions that so many have about the irregularities that were observed.

Very true.There's a long-standing history behind the Republican party in Hawaii that stretches back to the plantation days and the Big 5, so I understand why Hawaii is a Democrat majority State. But it's still a shame that conservative voice in Hawaii is further limited by our electoral college system which essentially puts forth all of the State's electoral votes to the Democrat candidate. It's almost like Republicans voices don't matter here.