Most of us would like to believe that the law treats the rich and the poor alike, but it doesn’t. 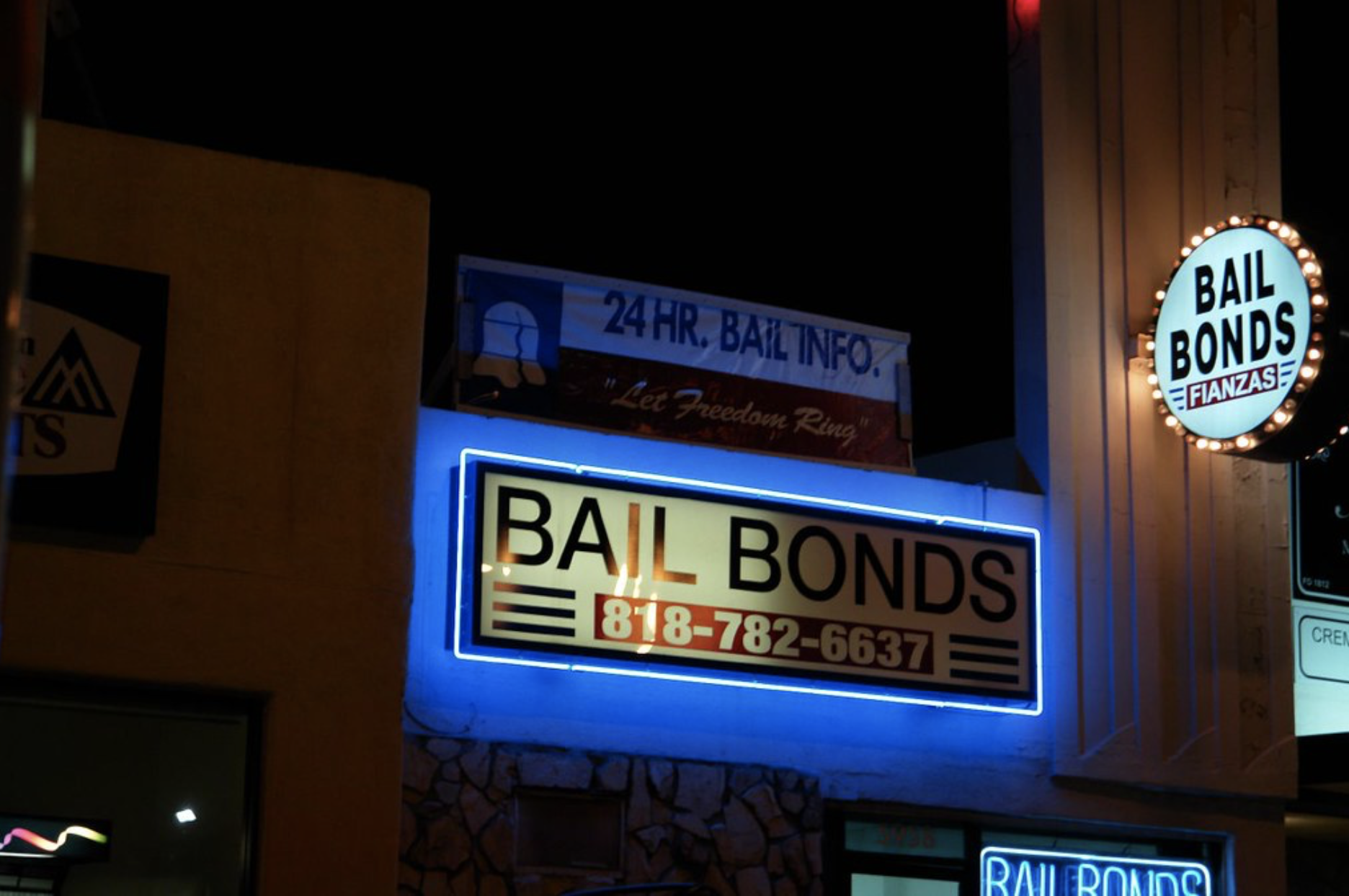 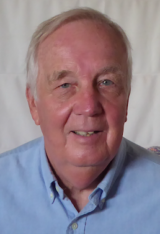 Robert Merce is a retired attorney. He served as vice-chair of the House Concurrent Resolution 85 Task Force on Prison Reform and was the principal author of the group's final report to the 2019 Legislature. He is on the Board of Directors of the Native Hawaiian Legal Corporation and served on the Hawaii Reentry Commission.

On any given day close to 900 people are locked up in Hawaii’s dismal and decrepit jails even though they are presumed innocent and have not been convicted of a crime. The vast majority are charged with relatively low-level offenses — misdemeanors, petty misdemeanors or class C felonies — and many are homeless or suffer from mental illness or substance use disorders.

The legal system calls these people “pretrial detainees” and they are locked up not because they are dangerous or a flight risk, but because they are too poor to afford bail. They make up over half of the Oahu Community Correctional Center population, and on a statewide basis they cost taxpayers about $175,000 a day or $64 million a year.

Most of us would like to believe that our legal system treats the rich and poor alike, but it doesn’t, and nowhere is the disparity more evident than in our money bail system, which subverts the presumption of innocence, undermines the principle of equal protection and causes untold harm to detainees, their families and society at large.

It is time to quit tinkering with our money bail system in the hope that it will somehow become fair, equitable and just. It won’t. If we want a truly just pretrial system, we have to end cash bail.

In United States v. Salarno, the U.S. Supreme Court said that “in our society liberty is the norm and detention prior to trial, or without trial, is the exception.”

Those are fine words, but in practice, just the opposite is true. In the past 45 years the number of pretrial detainees in jails nationwide has increased 433% due in large part to the increased use of money bail. A 2018 study by the ACLU-Hawaii found that overall judges in Hawaii required bail as a condition of release in 88% of cases, and in the majority of those cases it was set at a level the defendant could not afford.

The reality is that in our society detention is the norm and liberty is the exception.

Pretrial detention often leads to devastating collateral consequences that can have an impact on individuals for a lifetime and families for generations. Defendants who can’t make bail are at risk of losing their jobs, and with it the income that supports their children, pays their rent and utilities and puts food on the table.

In the long run they can also lose their house or apartment, health insurance and custody of their children. After maxing out their credit cards, a family may end up deep in debt or even homeless.

Pretrial detainees can be locked up for weeks, months or even years under terrible conditions while awaiting trial. Overcrowding, broken telephones, long lockdowns and no-contact visits have led to riots at the Maui and Hilo jails. These and other inhumane and arguably unconstitutional conditions have led detainees facing relatively short sentences to waive their constitutional rights and plead guilty just to get their sentence over with and get out of jail. The ACLU-Hawaii found that almost 70% of pretrial detainees who changed their pleas from innocent to guilty or no contest did so while in jail, primarily because they could not afford bail.

Studies have also shown that the inequities of the cash bail system in Hawaii fall disproportionately on Native Hawaiians and Pacific Islanders who are more likely to be arrested, detained and unable to afford bail.

The use of money bail is often justified on the grounds that it makes us safer by keeping dangerous people in jail. But a report from the 2018 Criminal Pretrial Task Force chaired by Hawaii circuit judge (now U.S. magistrate) Rom Trader found that “there is virtually no correlation between the setting of a particular bail amount and whether the defendant will commit further crime or engage in violent behavior when released from custody. Thus, money bail is a poor method of assessing and managing a defendant’s risks.”

The idea that we must end cash bail to create a truly just pretrial system is not a radical one. The federal government did it, and many jurisdictions are moving in that direction. But we are not — at least not yet.

Senate Bill 1244, which was introduced in the Hawaii Legislature this year, contained a provision that would have eliminated money bail for traffic offenses, violations and a limited number of non-violent misdemeanor and petty misdemeanor offenses. Unfortunately, on Feb. 17 the bill was stripped of the provision — meaning that even the smallest steps toward bail reform in Hawaii are dead for this session of the Legislature.

[UPDATE: After this article appeared, Sen. Karl Rhoads, chair of the Legislature’s Judiciary Committee, announced that he would set SB 1260 for a hearing. SB 1260 contains all of the bail reform language that was removed from SB 1244. SB 1260 was heard by the Senate Judiciary Committee on March 2 and passed, so bail reform, at least for certain low-level offenses, is once again alive in the Hawaii Legislature.]

Elsewhere, the District of Columbia significantly reduced its reliance on cash bail by adopting a strong presumption of release, strict timelines for assessing defendants after arrest and procedural protections for preventative detention. Under the new system, 94% of the people who are arrested in the District are released without bail, and of that group 91% make their scheduled court dates and 98% are not arrested for a violent crime while awaiting trial.

In 2017 New Jersey overhauled its pretrial justice system in a collaborative process that included a wide range of private and government stakeholders. The reforms almost entirely eliminated money bail and achieved a 94% release rate. In cases where prosecutors did not seek preventative detention, courts made 81.3% of release decisions within 24 hours and 99.5% of release decisions within 48 hours. There has been no spike in crime in New Jersey since the pretrial reforms were implemented.

In addition to abolishing cash bail, to optimize the effectiveness of its pretrial system Hawaii should also: 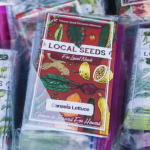 Seed Diversity Is Vital To The Future Of Food

Robert Merce is a retired attorney. He served as vice-chair of the House Concurrent Resolution 85 Task Force on Prison Reform and was the principal author of the group's final report to the 2019 Legislature. He is on the Board of Directors of the Native Hawaiian Legal Corporation and served on the Hawaii Reentry Commission.

Civil Beat has several writers who advocate for those caught within the criminal/judicial system.  Who advocates for the victims of crime?  In my lifetime, my car has been broken into multiple times, I've had items stolen from around my house, in fact, ALL have my neighbors have been victims of crime.  I have little sympathy for those who commit crime.  If you don't want to be responsible for paying bail, maybe you should stop committing crimes.

Is it any wonder we have this horrible, prejudicial system in the U.S.? Or an onerous tax system that causes stress and dismay to people from January to April every year AND a massively profitable tax preparation industrial complex? Add to these two many, many other inequities that make us uniquely pathetic amongst developed, "advanced" nations?IT ALL comes down to LOBBYING and the BUYING of INFLUENCE in our government by corporate America. We are truly not a government of the People and for the People.

I find it interesting that the author cites reforms made in DC and New Mexico to their bail system but doesnât mention their crime rates (both very high) or how many of those persons release reoffended while awaiting trial (very relevant). Yes, some states changed the laws. But did the improve the situation?  Itâs funny that the author says the vast majority of people are locked up for misdemeanor or class C felonies like those are not serious crimes. Domestic violence and child abuse (Abuse) is a misdemeanor; breaking someoneâs bones in an assault or threatening someone with a knife or gun are class C felonies.