A Big Island legislator has pushed for seven years to protect sharks from the dangers of humans. Will this be the year? 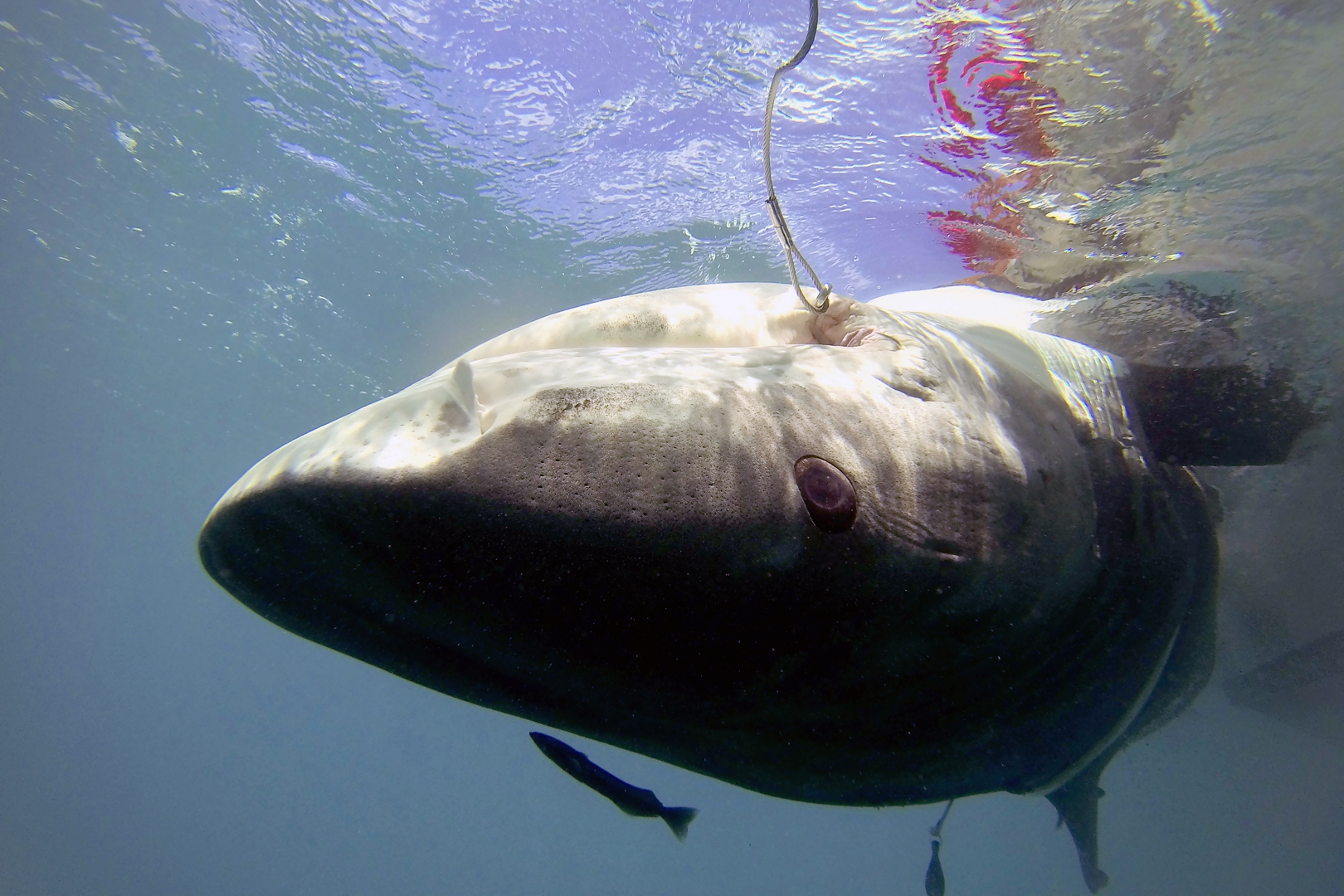 State Rep. Nicole Lowen was inspired to introduce legislation to help save sharks from humans after an incident that occurred in her Big Island district in 2013.

The Democrat representing Kailua-Kona, Holualoa, Kalaoa and Honokohau said kids down at the harbor caught and dragged a tiger shark onshore and abused it — all for fun and caught on a video that went viral.

“Everyone was outraged,” Lowen said, noting that the shark was a familiar presence at the harbor. “The shark was something that really meant something to people in the community.”

The shark, which was tagged and dubbed Laverne, was used to being fed by people in Honokohau Harbor, which is well-known for tigers.

The Honolulu Star-Bulletin reported about a 14-footer named Laverne in 2005, but it’s not clear if these were the same sharks.

According to a boat captain and dive guide, “operators give sea creatures proper names to help personify them, even tiger sharks,” the article explained. Laverne eventually “became a code name” for any tiger shark that enters harbor waters.

(Of note: There is also a sports bar and restaurant in Kailua-Kona named Laverne’s. Its mascot is an anthropomorphic shark serving burgers and beer.)

Lowen was also learning from an intern in her office with a Ph.D. in marine biology how important sharks are as apex predators essential to the life and resilience of ocean ecosystems.

So, Lowen introduced a bill to protect sharks in the 2014 session, but it died. That was the outcome of similar legislation from either Lowen or her colleagues in subsequent sessions.

In 2019, lawmakers did succeed in getting passed into law the expansion of existing prohibitions on knowingly capturing, abusing or killing manta rays in state marine waters to apply to all rays.

But the original draft of the bill, which Lowen co-sponsored, also included sharks. Pressure from businesses like Captain Bob’s Kona Fishing Charters and university researchers led to removing sharks from the bill — even as the Office of Hawaiian Affairs pointed out sharks’ cultural significance to Hawaiians.

Now, Lowen is back with House Bill 553, which would create legal offenses, penalties and fees for knowingly capturing, entangling or killing a shark in state marine waters. And once again many of the same opponents are trying to create exemptions for research, subsistence fishing and incidental takes.

OHA is supporting this bill, too, and explained why in its testimony:

“Manō serve as the kinolau, or physical forms, for two prominent akua (god), Kū and Kanaloa. Sharks are also associated with many other akua and are regarded as ʻaumakua, or family guardians and incarnations, by some ʻohana.

“Sharks are prominently featured throughout Hawaiian moʻolelo (oral history), kaʻao (legends), ʻōlelo noʻeau (proverbs), and other cultural narratives; indeed, their symbolism and survival are key to explaining and informing Hawaiian perspectives of the natural environment and kinship.”

Lowen is optimistic HB 553, which is expected to get a full House vote after having passed two committees, will move over to the Senate for its consideration. Since the 2013 incident, she said, many sharks have been intentionally killed for their teeth, jaws and fins.

Incidental killing continues as well. In 2019, for example, a Kaneohe man was cited on lay net violations near Marine Corps Base Hawaii that left hammerhead shark pups dead.

“I think there is generally broad support for this, but there will be some back and forth on it,” she said Tuesday. “It’s a work in progress.”

Still, supporters of HB 553 such as Inga Gibson of Pono Advocacy — its focus is on human-animal conflict resolutions, and she is representing 15 organizations and businesses that also signed on in support — worry that the bill, in its current draft, contains too many loopholes that she says do not exist for other sea-life protected by statutes, including monk seals and sea turtles.

“It’s becoming clear that opponents like researchers are trying to get around any kind of oversight,” she said. “The bill is not intended to hurt people who accidentally capture a shark. Any ethical fisherman would release them.”

This is not the first time legislators have addressed shark protection. Hawaii was responsible for landmark legislation in 2010 that made it illegal to possess, sell or distribute shark fins in Hawaii, “making the Pacific island state the first in the nation to enact a shark protection law,” as Environmental News Service reported.

The bill, championed by then state Sen. Clayton Hee, was also supported by Gibson. At the time it was reported that some 89 million sharks were killed for their fins globally each year.

Meanwhile, a 2013 study estimated that 100 million sharks are killed every year around the world, “a number that far exceeds what many populations need to recover,” as National Geographic reported.

Gibson, who is a former senior state director for the Humane Society of the United States and the Pacific Islands Policy Coordinator for Humane Society International, is now lobbying heavily to pass HB 553.

In addition to criticizing researchers, she also doesn’t buy the subsistence argument. She says, for example, that Native Hawaiian customary and traditional rights are already protected by the state constitution.

But Captain Jody Bright of the Hawaii Marlin Tournament Series said in his testimony opposing HB 553 that it is “impossible” to legislatively and administratively stop the hooking of some sharks by fishermen.

“When a fisherman puts a bait on a hook and drops it in the ocean hoping to catch an ahi, he doesn’t ‘know’ what species of fish is going to bite it — and — there is no guarantee a shark won’t bite it,” he wrote. “Under the language of this proposed bill 553, if a shark bites it and he brings it to the boat — even to release it alive — he is guilty of a criminal offense. This is a non-starter. This is unrealistic.”

Hawaii marine biologist Carl Meyer called HB 553 “well-intentioned but fundamentally flawed” in testimony Feb. 18, before the bill was amended. He said shark fishing is rare, the bill would be unenforceable and that “completely undefined permit requirements could jeopardize scientific research.”

In spite of the 2010 landmark legislation, opposition to other pro-shark legislation remains a force at the Legislature. Bills prohibiting importation of shark parts and products containing shark parts were not heard this session, for example. (Lowen’s name is on the House version.)

Another measure — this one banning commercial shark tour operations from operating without a permit and requiring the state Department of Land and Natural Resources to adopt rules to regulate commercial shark tours — was shelved Thursday because of funding and staffing concerns. Its sponsors include Sen. Mike Gabbard, whom Lowen credits for leading shark protection bills in that chamber.

As for HB 553, it requires the Department of Land and Natural Resources to establish rules to prevent “wanton waste” of sharks and to limit gear such as gill nets in areas identified as shark nursery habitats. DLNR’s Division of Conservation and Resources Enforcement has testified in support of the bill as well as previous versions.

But the bill still draws fire. 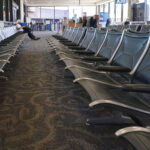 Proponents have been fighting for years in support of this critical measure. The Legislature should finally act. The arguments against it are unconvincing.

Off the coast of Kawaihae, there is an underwater heiau where the shark god was fed.  Right down the hill from Puâukohola heiau.

No living creature should be subjected such cruel and senseless treatment.  Please take action and pass this bill, we are losing too much of our marine life already.