The state needs to get more creative to help people struggling to get their unemployment insurance benefits. 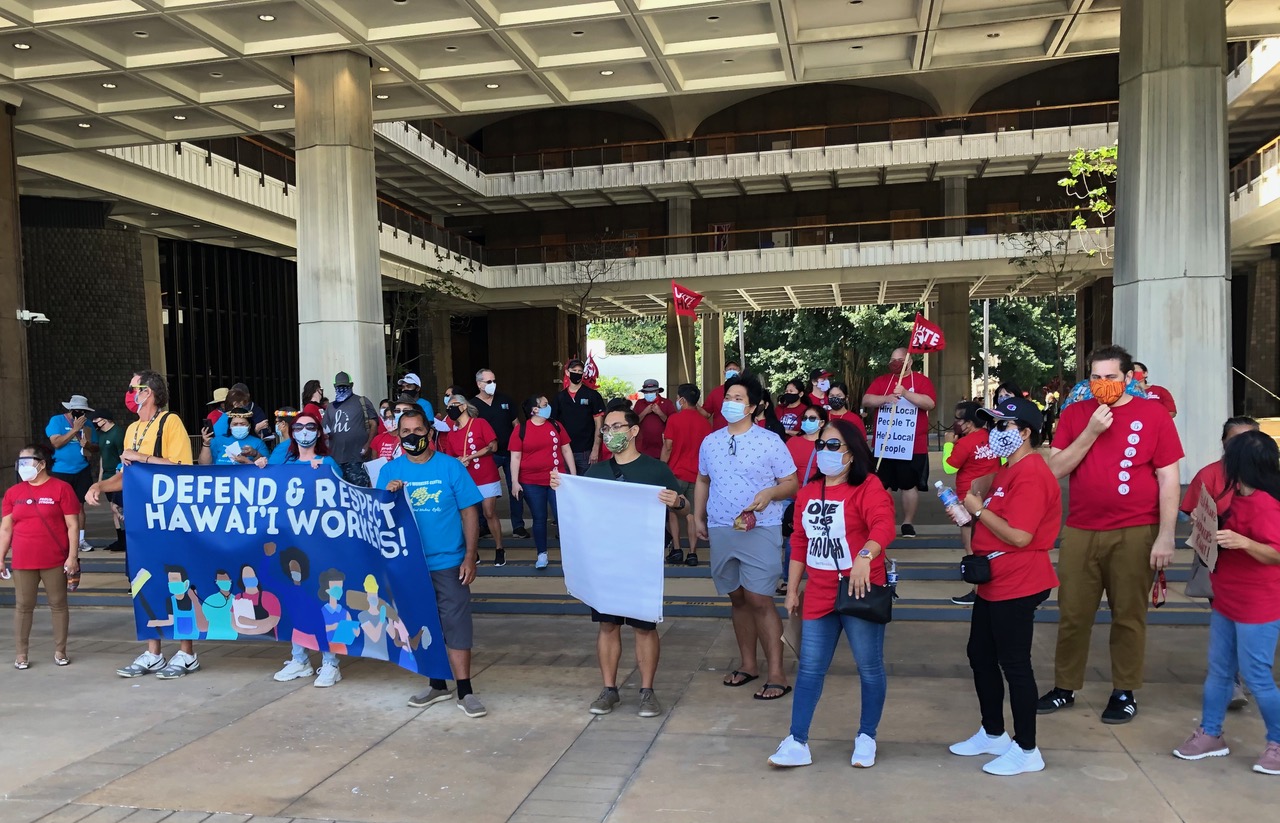 The state Department of Labor and Industrial Relations works for the people of Hawaii, but it does not want to see them.

That’s especially true for people who have lost their jobs and want to come to offices to file unemployment insurance or resolve payment issues in person.

DLIR director Anne Perreira-Eustaquio is keeping state unemployment offices closed to the public not because of concerns about coronavirus contagion but rather her worry that multitudes of angry claimants might burst in to take out their frustrations on her staff members.

“You know we would have thousands of people coming down to these very small offices, individuals who are not very happy. They need to be paid,” she said in an interview earlier this month with the Honolulu Star-Advertiser. “They are anxious, understandably. They are upset because they have not received their unemployment insurance benefits and it is the safety of the staff because of the crowds. We wouldn’t be able to handle those crowds.”

DLIR spokesman Bill Kunstman elaborated on those concerns in a phone interview Friday.

“We are not able to do crowd control. We have one private security guard and one deputy sheriff at the Punchbowl Street office. We don’t have the money for the security for thousands of people lining up outside the office,” he said.

Rather than fearing the wrath of the unemployed, it is time for the labor department to get creative and come up with new solutions to help the claimants in their legitimate quest for timely help.

People who lost their jobs because of the pandemic should not have to feel like they are begging for unemployment insurance they are entitled to by law.

Many Hawaii offices have found ways to handle potentially stressful situations during the pandemic. The city’s Department of Motor Vehicles has online appointments for thousands of backlogged driver’s license renewals, and the Department of Health coordinates with health care providers to register thousands of people for COVID-19 vaccinations.

Claimant Cynthia Fite says the unemployment office could find a large space for in-person visits in a state-owned building such as rooms in the Hawaii Convention Center and could hire more security guards or maybe set up a metal detector.

“The priority is people need to get paid,” said Fite.

Fite was laid off from her job as a project manager of a solar construction company just before the pandemic began last year and received unemployment checks until they stopped on Nov. 28. She has appealed to receive retroactive payments she believes are due and to receive the latest extension of benefits.

The Kaneohe resident was the point person for petitioners in a class-action lawsuit to try to require the labor department to speed up the processing of unemployment insurance claims.

The state Supreme Court rejected the petition in October, finding there was not enough of a case to warrant the court’s intervention and suggesting that petitioners had other ways to get help.

But claimants such as Fite say they really don’t have other ways because of a lack of communication and direction from the department.

The labor department spokesman says resolving unemployment insurance issues is often complex because federal programs to extend benefits keep changing and job loss situations are more complicated than one-step resolutions like going to the DMV for a license renewal or to a medical clinic to get a vaccination.

The unemployment office is also handicapped by an antiquated mainframe installed in the early 1980s. The outdated information system is being replaced but is expected to take 18 months to modernize.

“We are not able to do crowd control. We have one private security guard and one deputy sheriff at the Punchbowl Street office.” — DLIR spokesman Bill Kunstman

Still, at the very least the department needs to figure out ways to lessen the frustration of claimants now stuck in lengthy waits to get their payment delays and unexplained stoppages resolved.

But claimants say it is next to impossible to get through to a person on the phone without making hundreds of calls over many days. Sometimes they reach a person only to be told their case needs to be reviewed by an adjudicator who will call them back, which sometimes does not happen.

The situation has become so frustrating that Hawaii claimants have set up more than eight Facebook sites to vent, give each other positive reinforcement and to share tips on faster ways to reach a human being at the office.

Read it any day to hear the angst of claimants such as Damon Tucker, who posted Sunday that he finally got through to the office on Friday after 22 calls only to be put on hold for an hour when the person who answered said she needed to consult with her supervisor.

Tucker said in an email Sunday that he was collecting partial unemployment after his work hours as a federal employee were reduced during the pandemic but for unknown reasons his unemployment checks stopped coming Oct. 31.

He said the DLIR employee finally resolved his situation on the phone and told him “his funds would be released soon.”

In other states, such as Michigan, unemployment offices have installed new systems to allow customers with specific issues to make reservations online to speak to a representative by phone so they don’t have to wait in endless phone queues.

Phone systems also tell people how long the wait will be and allow them to leave messages to get called back if they are unable to keep waiting.

The unemployment phone bank in the convention center does not offer that service.

“The office needs a working phone system that can handle the volume and be more respectful to callers. That is a no-brainer,” says John Witeck of the Hawaii Workers Center.

The advocacy group helped organize a march from the unemployment office on Punchbowl Street to the State Capitol Wednesday to urge the DLIR to allow jobless claimants to make in-person visits.

“This has been a real insult. They are Hawaii residents entitled to unemployment benefits. They are not a mob of unruly people,” Witeck said in a phone interview.

Some claimants say Zoom video visits would be helpful.

Kunstman says the department in January hired 65 people and is seeking 35 more to work at the call center. It also has hired 44 adjudicators and is trying to recruit another 26 to review more complex issues like claim denials and fraud — and to address the office’s biggest issue of overpayments.

This will be the department’s fourth try since April at setting up an effective customer service phone center operation.

Kunstman also says employees at the newly staffed call center that began working this month were trained in January so it may take them a while to get up to speed.

He said the DLIR is now using technology to stop callers who are unfairly monopolizing the phone lines using bots that allow them to skip ahead of others waiting on hold in a phone queue.

He says that some people are using the bots to get in ahead of others as often as three days in a row and other callers are clogging the lines by using auto-redial apps.

Tucker says a lot of the current suffering could be resolved by getting properly trained workers with authority and knowledge to respond and by reopening the offices for in-person visits.

“The benefit of allowing in-person visits … is that at least you can get someone to talk to you,” he says.

If nothing else, allowing office visits would help the morale of unemployed residents struggling to get by with no income. It would show that the Labor Department is really trying to help them, says Fite. 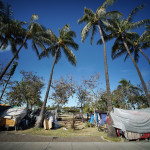 Hawaiians Deserve The Right To Determine Use Of Their Lands

The DLIR finally responded to my efforts to contact them after I twice complained to the governor's office.  The investigator who called me was very apologetic and explained that they are swamped.  The DLIR needs to hire more staff.It is dehumanizing for the State to ignore the many people who have lost their jobs and have no income.  It is already depressing to lose your job.  To be treated as low priority by the State is callous.I encourage people who are upset about the State's gross mishandling of unemployment benefits to join the protests and rallies.

If I were interviewing someone at DLIR, I would ask how many calls they answer on average per day and how long the average call is. That seems like an important piece of information to discern how many more people need to be hired and trained at the call center. Looking for people to hire to work at the call center? Answer the phone and ask the person on the other end of the line when they can come in. Maybe hiring people who know what it is like on the other end of the phone will result in what is lacking in this fiasco: empathy.

Nothing will change until we have real management in charge.  Vote out the failures and replace them. Softwareand computer upgrades need to be done to stop the faked calls.  Without a leader to lead there willnever be real change!