Lee Cataluna: Should Punchy Be Canceled?

While we’re looking hard at ethnic cartoon characters, the Hawaiian Punch guy with the jacked-up hat isn’t even in the top 100 of hurtful cultural depictions here. 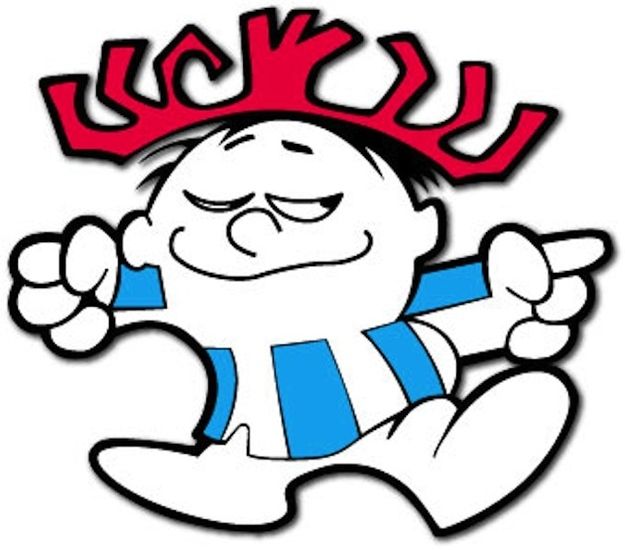 This is how journalists often work, in case it isn’t obvious:

We read a national story, think it’s an interesting issue people will want to discuss or debate — a “talker,” in newsroom jargon — and then we wrack our brains trying to come up with a local angle.

This week, Pepe Le Pew and Dr. Seuss threatened to eclipse the British royals for headspace in the collective conscience. The next wave of reckoning after the revamp of problematic brands like Aunt Jemima pancake syrup and Uncle Ben’s rice has seeped down to vintage cartoon characters and some of Theodore Geisel’s lesser-known books.

On the one hand, there’s outrage at the harmful stereotypes these images carry into society as if to say it’s OK if you’re used to it. On the other side are the howls of protest from people who decry “cancel culture,” the modern version of a boycott that actually carries greater power than just not patronizing a brand.

There’s a lot to parse through when new awareness smashes headlong into childhood nostalgia. People tend to feel strongly about the over-amorous French skunk who doesn’t respect a female cat’s boundaries.

So the journalist-brain hunts around for something analogous at home that touches on this topic, this latest hot-button discussion.

Which is what made me think of “Punchy.”

In terms of national brands with animated characters, Hawaii’s best known representation (or misrepresentation) might be the false-crack-loving spokesman of the Hawaiian Punch drink brand, “Punchy.”

He’s been around since 1961, obnoxious and pants-less, wearing a stylized coconut-frond hat and a smirk on his smirky face. His right arm is cocked back, ready to fire at his unsuspecting dupe who foolishly answers in the affirmative, time and time again, that he would indeed like a nice Hawaiian punch.

In more recent updates of the character, he’s wearing blue shorts, his eyes are bright and guileless, and the hat is less coconut-frond, more banana-peel, which makes even less sense but whatever. He also has been rehabilitated in terms of the assaultive behavior, a change that was made more than a decade ago.

Is anybody worried about Punchy?

For one thing, for Gen Xers who grew up watching Punchy punch out his hapless friend on TV commercials in between Saturday morning cartoons, just hearing the word “Hawaiian” on national television was a thrill. It made Hawaii residents feel seen, even if the juice wasn’t made here, wasn’t made from anything from here, and wasn’t nearly as popular here as Malolo syrup.

For another, there are so, so many egregious, ridiculous, hurtful depictions of Hawaii, Hawaiians, Hawaii life and Hawaiian culture in the media, in advertising and merchandising. The cartoon guy with the jacked-up hat isn’t even in the top 100. There’s a numbness that settles in over a lifetime of seeing this kind of stuff. You know it’s your duty to correct it, but it takes so much energy to fix stupid.

And that’s the most important thing:  Hawaii residents have bigger things to be upset about.

For Gen Xers who grew up watching Punchy punch out his hapless friend on TV commercials in between Saturday morning cartoons, just hearing the word “Hawaiian” on national television was a thrill.

The pandemic has reached this agonizing phase where it feels everyone you know has had insider-access to a vaccine but you’re nowhere near even a waiting list. The only things that have been totally eradicated in the last year have been the heads of various state departments, who took the fall for not fixing a deeply unfixable situation. The State of Hawaii cannot lead, but it can bully and blame all the live-long day.

Now the Legislature — which is forever bemoaning the “brain drain” and talking about plans to bring home those smart ex-pats who leave for college and never come back —  came up with a scheme to tax exactly those educated, successful professionals at the highest tax rate in the country. Why come home to Hawaii when Hawaii is going to drain all your money?

Better to stay safely in another state, ignore the call to come back home to fix all the problems here with your hard-earned expertise and hard-earned salary. It’s a tax not on the super-rich, but on the people who had the audacity to make something of themselves. Thankfully, that plan is faltering.

Which leads to the final reason no one here is gunning for Punchy. People are mad. They understand the gleeful look drawn on Punchy’s face as he winds up to strike a blow. They can relate. Not that violence is ever the answer, but neither is drawing on a smile to be more aesthetically pleasing when your gut is boiling with frustration.

That cartoon release of aggression may be as sweet as the over-sweet juice Punchy pitches. How’s about a nice Hawaiian punch? Sure. 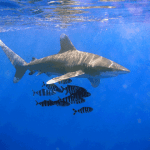 I'm sick of cancel culture leftists. All of these brands and characters are just that... characters to tell you a story or a brand to sell you something. Don't like it? Don't buy it! Don't watch it. Don't read it. Let other people like myself enjoy them. Time for me to bust open my Fritos corn chips and sing the not forgotten old jingle song.... "Ay, ay, ay, ay! oh, I am dee Frito Bandito."

Gowing up in New Jersey, I liked the "exotic" tutti-frutti taste of the original Hawaiian Punch.  Moving to honolulu in myh twenties, I never even looked for it in Honolulu markets.  Hawaiian Sun passion-orange and guava nectar completely wiped HP out.When some clueless ad exec created Punchy, I thought it was stupid.  I still do, but IÊ»ve got to admit IÊ»ve witnessed a few, IMHO, well-deserved false cracks administered to certain parties since living here though.