State Government Should Be Doing Its Part By Buying Local

The state is the single-largest purchaser of food in Hawaii. How it directs its dollars has a huge impact. 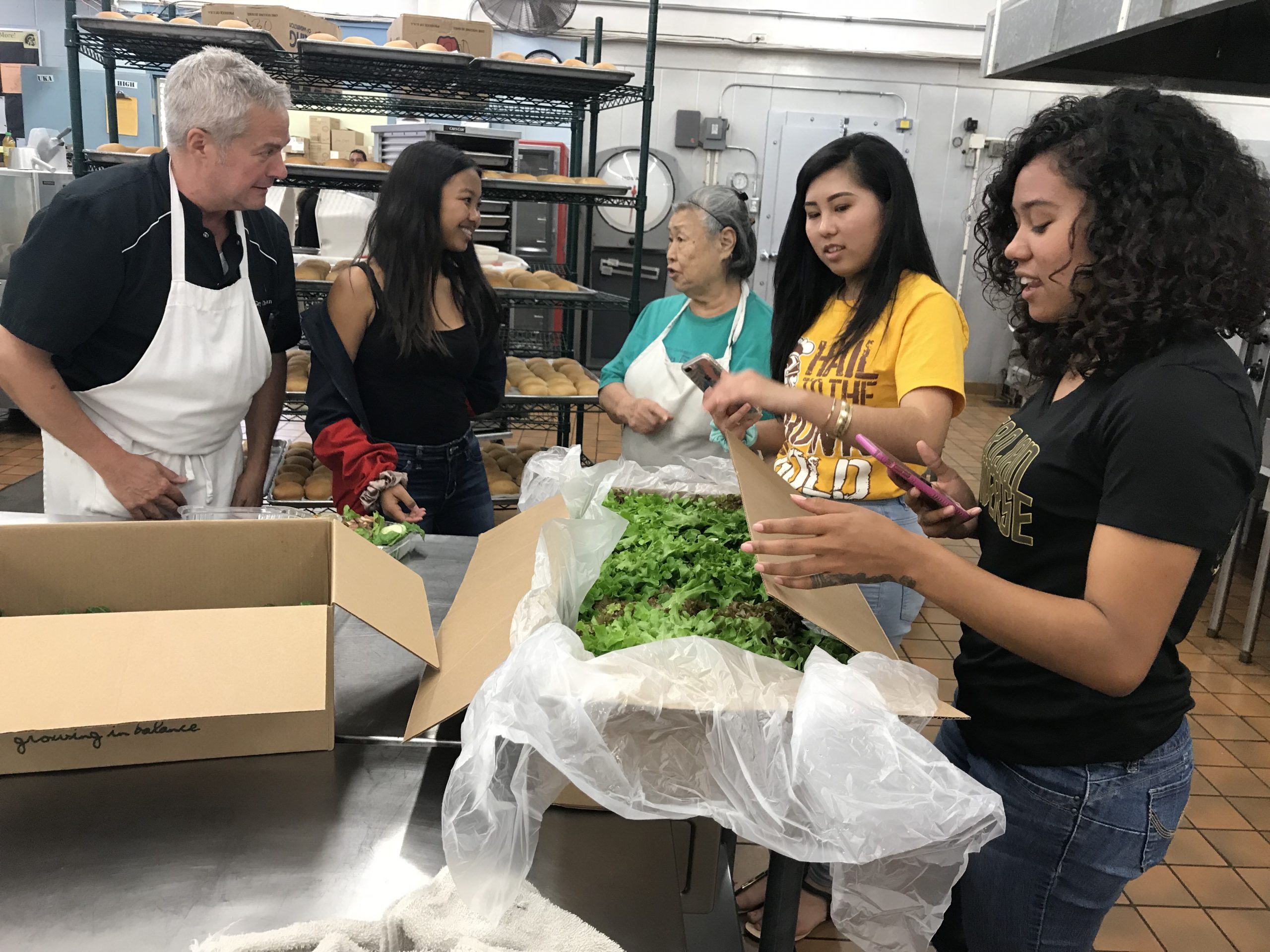 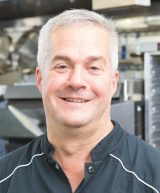 Greg Christian is the founder of the Organic School Project and Beyond Green: Sustainable Food Partners. He is the author of Scratch: Dreaming a New Dream for School Food and the 9-Minute Nutrition Ninja.

By now, Hawaii has woken up to the truth of just how vulnerable it is when it comes to food. In addition to the mass disruption brought by the pandemic, in the last 12 months the islands have had hurricane alerts and tsunami watches.

All have served to spotlight the huge risk that Hawaii takes daily by relying on outside ships and planes to deliver 80% to 90% of its food.

Given this ever-increasing awareness, what’s changed? A state of Hawaii website calls on residents to “Buy Hawaii, Give Aloha.” The exhortation seems more than a bit ironic given that the state’s own practices of buying local are underwhelming at best.

The state feeds hundreds of thousands of people a day through its schools, prisons and hospitals and is the single-largest purchaser of food in Hawaii. How it directs its dollars has a huge impact.

To illustrate this point, it helps to think of Hawaii’s public-school lunch program as the largest restaurant chain in the state.

The Hawaii Department of Education, with more than 180,000 students and schools across the islands, runs the 12th-largest school system in the United States.

Less than 3% of that food was locally sourced, based on best available estimates.

Part of the reason that percentage is so low is the current interpretation of federal rules that has the Hawaii DOE using a one-size-fits-all strategy. This enormous “restaurant chain” has a uniform menu that requires all meal service food offerings to be available to all children.

The intention is to ensure there is no discrimi­nation against any child because of an inability to pay the full price of a meal. Naturally, this also means access to a large enough volume of each food item — severely limiting fresh, healthy options.

That’s why it’s important to ask whether the status quo is accomplishing the intended result. Is it truly serving the best interests of Hawaii’s students?

Skeptics may claim that incorporating more local food will require vastly increased budgets, but both pilot projects demonstrated the opposite and produced measurable cost savings.

By working directly with the schools, I had the opportunity to offer training in scratch cooking to cafeteria staff, enabling them to incorporate more locally grown and raised food, decrease overproduction and exercise tighter control on purchases and inventory — not to mention the opportunity for them to expand their own culinary skills with potential workforce development and career benefits.

Within a single semester, the cafeteria savings we achieved in the Oahu pilot and the Hawaii island pilot were $108,000 and $31,000, respectively.

I believe that similar success is achievable at schools throughout the DOE system if rolled out over time as part of a well-coordinated plan that takes into account the tastes of students and the requirements of cafeteria staff.

Based on projections, increasing local food content in DOE meals to an average of 30% of the DOE’s existing food budget would create as much as $14 million in additional demand for local food every year. That’s a strong demand that our agricultural food producers can build around.

An incremental rollout over several years would allow farmers, ranchers and other producers and processors to increase capacity deliberately and reliably, involving less risk.

The state should start with qualitative and quantitative data: accurate information on current food and labor costs and information on what the DOE is now using that’s fresh versus not fresh, local versus imported, etc.

We should also talk to the “customers” — the students! — rather than leaving it entirely to the menu committee to figure out what kids will eat. Before the launch of the Oahu pilot, we found that only approximately 15% of the Mililani high school students participated in the school lunch program. That rose by more than two-thirds to about 23% during the pilot.

The students loved what they were eating. Feedback we heard from high schoolers in Mililani included, “One of my favorite new school lunches (besides the amazing kalua pig straight from the imu) has got to be the Paniolo burgers,” “The fruit was always so good and made everything so much healthier” and “Ever since I watched a video of the type of school lunches France receives, I wanted to move there. But now, Aina Pono changed my mind, and I prefer to stay here.”

The menu has to be permitted to be regional — by district, by the side of the island or (at a minimum) by the island itself — which requires an organized and knowledgeable dietician department that is transparent when it comes to its decisions on what kids are eating.

Overproduction can be high in most large kitchens, so making just the right amount of food is another opportunity for savings. Before the Oahu pilot began, lunches were being overproduced by 13% and breakfasts by 24%. By the end of the pilot, lunch and breakfast overproduction decreased to 8% and 1%, which resulted in thousands of dollars in savings.

In the end, it will take will — from the governor and DOE leadership to school cafeteria staff and the union to the farmers and ranchers. The USDA also needs to be a partner to give Hawaii clear parameters, with Hawaii procurement to follow.

I know it can be done. I worked with five school districts in middle Illinois that went from purchasing 100% processed foods to sourcing more than 30% of their food locally, successfully employing scratch cooking while coming in under budget. In some cases, the districts came in so far under budget they are now able to consider raises for cafeteria staff.

A handful of Hawaii schools on each island are ready to go, but the recipe for far-reaching, sustainable success must include a five- to 10-year strategy of easing into it. It’s a “slow cook” to fully bake in new processes and practices.

Currently, school meals in Hawaii are mostly processed food like canned goods and frozen foods, so training will be needed to cook fresh food. A Hawaii DOE training program will ease into scratch cooking, coinciding with annual benchmark goals for local food purchases.

When I worked in Mililani and Kohala, I met so many cafeteria workers who were passionate about food. In Kohala, for example, I met Priscilla Galan, the leader of the six other women working in the cafeteria. She broke down and cried telling me how heartbreaking it was to see kids throwing away food every day and how hard she had tried to make processed foods taste good — not an easy task.

Priscilla said she would do anything to change and she did. Her entire team worked tirelessly. I can still picture them unloading fresh pineapples off a truck and one of them saying to me, “We have never served fresh pineapple in the 25 years I have worked in this cafeteria.”

If the Hawaii DOE employed chefs to teach scratch cooking full-time, the department could be doing 100% scratch cooking in a handful of years. But it will take a plan with measurable benchmarks and trust between government and private operations.

As Gov. David Ige noted in his State of the State address, “The pandemic brought our economy to a screeching halt. But could it be an opportunity to reassess our path forward?”

The answer from the Legislature is clearly yes, with several bills related to farm-to-school and institutional purchasing programs still moving forward this legislative session:

These bills show there is the will to do right by the students, the farmers and ranchers, the cafeteria staff and the state. Hopefully they will be enacted and met by the Hawaii DOE with openness and a willingness to change in a time of change.

As one of the students at Mililani High School — which has some 2,500 students — said, “If our gigantic school can implement such an amazing program, then all schools in Hawaii can do it.” 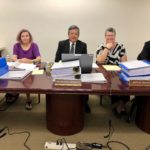 Get Involved With A Public Board Or Commission. They Need You

Greg Christian is the founder of the Organic School Project and Beyond Green: Sustainable Food Partners. He is the author of Scratch: Dreaming a New Dream for School Food and the 9-Minute Nutrition Ninja.

For those who only see this as evidence of "socialism", there is also a word for when government is controlled by Big Biz and Big Money.It's called "Crony Capitalism", i.e. taxpayer-funded handouts to corporate welfare queens--aka "Corporatocracy", a combo of Oligarchy, Plutocracy, and Kleptocracy--which truly honest "conservative" sources,e.g. The American Conservative, Forbes, and the Cato Institute,acknowledge is the REAL problem we face,which vastly exceeds "welfare" for the increasing number of poor in both the US and Hawaii.Yet many still insist this is ostensibly "self-evident" but imaginary and exaggerated evidence of some under-informed, over-simplified, and mistaken perception of "socialism."It seems those who continue to make this argument simply do not know how much they do not know about the past, present, and possible futures of politics and economics, IMO.So I can only conclude this is evidence of sincere ignorance, wilful ignorance, or simply the absence of interest in--and/or the capacity for-- more rigorous depth and breadth of thought,i.e the equivalent of not knowing--or not wanting to know--the difference between chess and checkers, IMO.

Mahalo for the excellent article, Greg, and for your outstanding work showing us the path to more locally produced foods for public school lunches. There is hope! I believe the DOE is considering making beneficial change in this direction.  As chair of Senate Ag and Environment Committee, IMHO, keep an eye on HB 767 (Farm to School Goals) and HB 817 (State Department Local Produce Purchase), as those bills have the best chance of passing this session.

Too many time and money consuming surveys. Not enuftime spent working with local farmers to produce good tasting Hawaiian food.  Tax breaks for farmers is a must.HHL many Hawaiians would like to work their own landsand live on them.  Isn't there anyone but politicos out there?