Mayor Rick Blangiardi’s housing chief says focus will be on trust and sanitation, not sweeps of illegal camps. 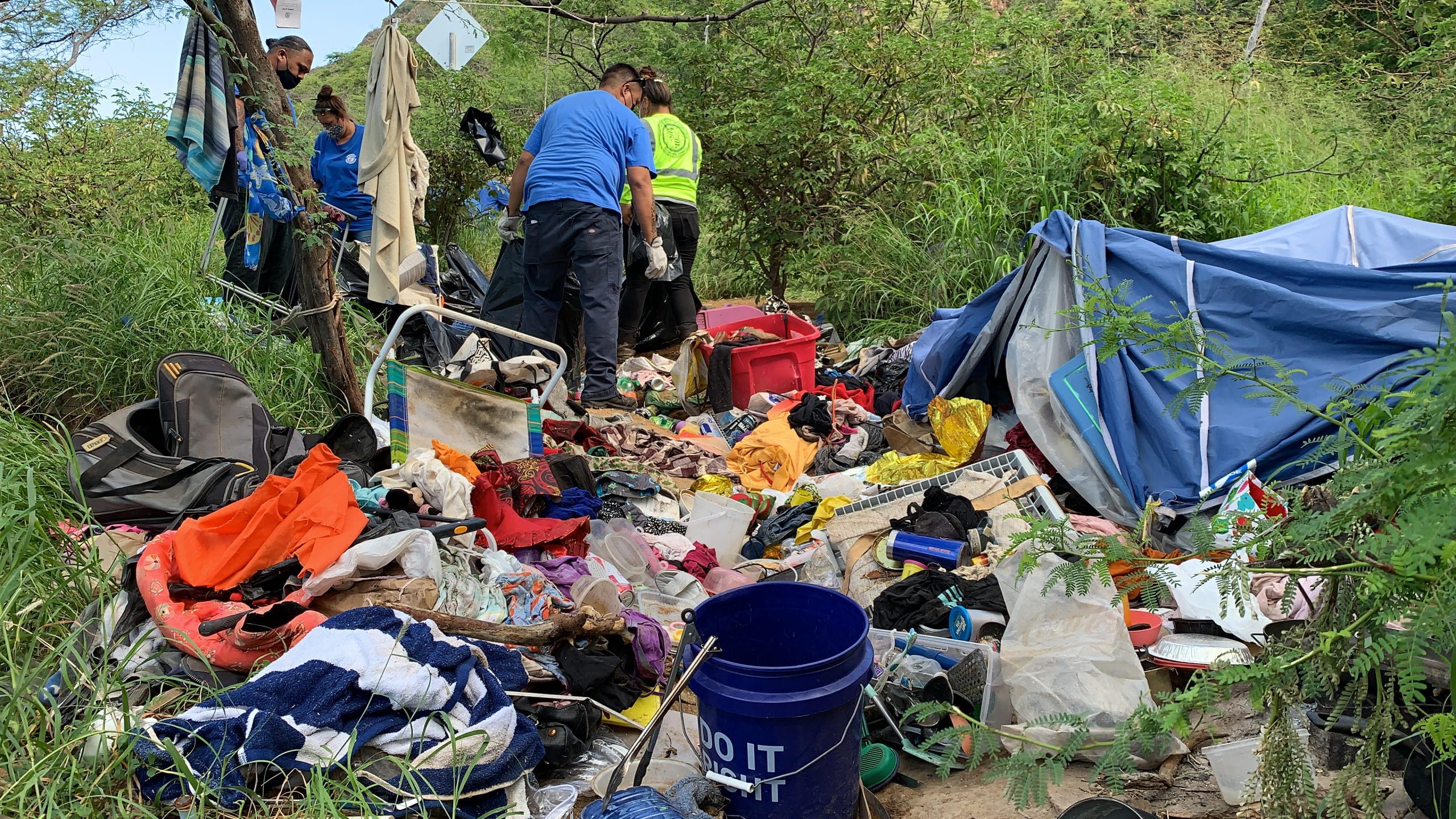 First of all, I give credit to anyone who tries to tackle the complicated and thankless task of addressing Oahu’s growing homeless problem.

The reality is there is no easy path forward to persuade wary people, often suffering from past hurts and chronic illnesses, to agree to move into shelters.

Mayor Rick Blangiardi’s Office of Housing and Homelessness executive director Anton Krucky is the latest government official determined to figure out a new plan to do just that.

Krucky, like Blangiardi, is opposed to homeless sweeps. Sweeps, or “enforcements” as the city and state prefer to call them, are periodic disruptions of people living illegally in parks and on sidewalks.

The enforcements help break up homeless camps that are growing out of control. Participants alert police about criminal activity and remove tons of trash and feces that pile up in encampments without restroom facilities or regular garbage pickup.

Social services providers are always part of enforcement actions to offer medical services and shelter to the disrupted campers.

During the city’s action on Friday, four homeless campers were arrested for violations including ignoring park closure hours and outstanding warrants for failure to appear in court — the usual charges brought in such cases.

Krucky says the sweeps just reinforce a couldn’t-care-less attitude in the homeless communities because those arrested know they are unlikely to be prosecuted with the backlog in the courts during the pandemic.

They wait for the sweep to be over, then move right back to where they were camping, he said in an interview Friday.

Krucky went to Kuilei Cliffs Beach Park Friday to check out what for all intents and purposes would be considered a homeless sweep jointly coordinated by the city and the state last week on the slopes of Diamond Head.

The city removed 2.52 tons of trash on the makai slopes. A private firm the state contracted to clear the mauka slopes removed 119 tons of trash and debris at a cost of $37,500, according to the Department of Land and Natural Resources.

Krucky says the emphasis going forward will be on park maintenance, safety and sanitation.

He also wants to look at different ways to make contact with homeless people so they become more amenable to changing their lifestyles.

City parks and recreation director Laura Thielen said in a phone interview Saturday that enforcements in the parks must be about more than just moving people around.

She says parks must be kept safe and clean for the recreational users they are intended to serve, but they can also be places where service providers can reach out and gain trust by offering needed assistance to homeless people such as COVID-19 vaccinations.

“Our goal is to assist with building the relationships and trust necessary for providers to successfully house those in need,” she said.

Oahu residents are entitled to safe and clean public lands. “We have to keep the places clean,” Krucky says.

Whenever there is a sweep where entrenched, hard-core homeless reside, such as Diamond Head, the most tangible accomplishment state and city officials point to is the amount of trash removed rather than a list of those who agreed to seek services or housing.

“Our experience shows they move back in after a cleanup. Many of these folks have nowhere else to go or for a variety of reasons refuse shelter or transitional housing,” said Pua Aiu, the DLNR’s homeless coordinator.

They also generate a lot of garbage, as Aiu points out in a video interview she did with DLNR during last week’s enforcement: “They have no way to take out their rubbish. There is no trash service.”

When it comes to sanitation, Krucky says he looks forward to a time when the community will become involved in homeless camp cleanups, working side by side with homeless people. Get the campers to start picking up after themselves. Take responsibility.

Krucky is a Native Hawaiian. His father was a sailor stationed on the destroyer USS Preble (DDG-88) during the Pearl Harbor Attack in 1941. His mother, originally from Hawaii island, was a nurse at Queen’s Hospital.

He grew up in Washington, D.C., but moved back to Hawaii in 1986 to work for IBM. He later co-founded Tissue Genesis, a bioengineering firm.

He says his approach to solving problems is that of a businessman, not a bureaucrat.

“My mantra is listen, learn, understand, embrace it and support it.” He likes catchy phrases and acronyms.

He has assembled a group of experts on homelessness, including two from the state, social services workers, community members and formerly homeless individuals to meet for the next eight weeks to come up with new approaches to make contact with Oahu’s homeless population.

“There must be better ways to do it,” he said. “For anything to work, the community has to become involved.”

He has no answers yet but says, “It is the kind of collaboration we have not seen before to have two people from the state essentially helping to design a city program. That’s historic.”

Krucky also has embraced some flashy new ideas such as buying two or three vehicles to be branded with the letters CORE that would carry teams of social services and medical providers to respond to calls to help homeless people in distress — 911 calls the police would normally handle.

For example, the CORE team would head out to help a homeless woman yelling and screaming while wandering dangerously into traffic or a homeless man on the verge of harming himself.

He says CORE stands for crisis, outreach, respond and engage.

The benefit, he says, is the first face the homeless person would see would be a civilian trained to handle mental health and medical issues, not an armed police officer.

“I am hoping this would build more trust,” he said.

But, he added, if a situation looked dangerous the CORE team would be accompanied by police.

He is unsure of funding for such a rapid outreach service but says in the first year it would probably be paid for with federal pandemic relief money and worked into the city’s budget in later years.

Krucky says in its final form the City’s approach to reducing Oahu’s homeless population will have to be something of which we are all proud, but what that will be he is not yet sure. 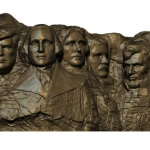 I know this comment has nothing to do with this story but I don't know where else to get this out.We all know what it was like to not have visitors to help support our economy. It was kind of nice to have our beaches and roads beautiful and uncrowded. I hear they want to have the beaches reserved for locals only on weekends. What about Hanauma Bay? All the loss of income from the tourists. What about when the car rental company's get their shipment of cars and the roads become packed again? Are we going to ban them during rush hours. To be fair should we ban locals from the beaches on weekdays? tourist who surf cannot go out on a weekend even if the surf is epic. What if they stopped coming with no pandemic to blame. Raise the tourist taxes some more and ban them from the beaches. Locals have been  getting more and more violent lately. Let's just hope that road rage doesn't get crazy once the roads get packed or someone gets hurt for being at the beach on a weekend

A few of us have advocated for the use of Aloha Stadium to house the chronic  un-homed.  Parking, toilet facilities and limited food outlets are in place.  Ask the NG to borrow 40-foot mobile shower containers for sanitation.   A simple solution if you can make trespassing to camp a misdemeanor.  Aloha Stadium or OCCC?  Take your choice.  Is it draconian?  Is not homelessness draconian?

The bottom line is that we can't "compel" the homeless to do anything unless they're breaking some kind of law as they too have rights.It wouldn't matter if we had a magic pill that suddenly gave them a house and made them contributing members of society. If they didn't want to take the pill, it's their right not to do so.