We Simply Must Do Something About The Minimum Wage

The number of people pushing grocery carts full of belongings and tents popping up along our streets seems to increase every day.

Gail Breakey graduated from the University of Hawaii with a B.S. in International Relations and an M.P.H. in International Health. She headed up a Health Survey in Laos in the late 1960s and was a health and youth planner with the Model Cities program on Oahu before working for many years at Kapiolani Medical Center as one of the founders of the Healthy Start program to prevent child abuse and neglect. Currently, Breakey is director of the Hawaii Family Support Institute, which is concerned with the well-being of families.

It is really a huge detriment to at least half of our people that an increase to the state’s minimum wage was not passed this year. The Hawaii Senate felt it was important and feasible, but it did not move in the state House.

After reading testimony on this legislation one is compelled to consider how to make a wage increase work. The ALICE report of Aloha United Way makes it very clear that half of Hawaii residents are at the poverty level, or their financial situation is such that they are always “on the edge,” a paycheck away from not being able to meet bills.

Many are working multiple jobs to survive. The toll on these families is enormous, and it is no way to raise emotionally healthy children. These families will likely never be able to own a home.

The state should pass a minimum wage bill at the next opportunity.

The business community is concerned that some businesses cannot survive an increase in wages, with most saying this is particularly true due to the COVID-19 pandemic. The state has recently received support from the federal government in the new COVID-19 related subsidy bill of $1.9 trillion.

Why could some of this not be used to support small businesses to meet the costs of an increase? Or in another year, make a legislative appropriation to “kick start” implementation of an increase as needed?

There needs to be a solution that meets the needs of businesses such as restaurants damaged by COVID-19 and Hawaii workers who have suffered way too long without a living wage. The state should pass this bill at the next opportunity, bringing minimum wages to $12 by July 2022 and raising it to $17 by 2026.

The state should also carefully design a process by which companies can file for a temporary subsidy related to COVID-19 to cover this additional cost. This process must offer enough for companies to pay their employees and be established in such a way that companies who do not need this subsidy cannot take advantage of the legislation.

Positive results have been reported, including increases in productivity, decreases in employee turnover, fewer sick days and increases in consumer spending. And most minimum wage workers are women. These gains offset a large portion of the costs of an increase.

A finding of a fact sheet published by a Democratic congressional committee noted that increasing the minimum wage does not kill jobs. Instead, it reflects improvements in mental health and reduces the costs of hiring and training, which represent about 16% of an annual salary. It also stated that 60% of business executives support a $12 per hour wage by 2020, with future increases indexed to inflation.

This session of the Hawaii Legislature has seen lawmakers seriously considering developing a new stadium, which is not a critical need, and giving legislators a salary increase, which is also not critical. This is on top of the insanity of the rail, which we all will be paying taxes to support in the foreseeable future.

With the number of people pushing grocery carts full of their belongings, and tents popping up along our streets increasingly every day, we simply must do something about the minimum wage to allow our people to exist safely. 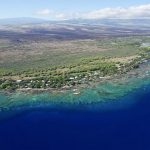 Why Hawaii Should Invest In Protecting Its Reefs

Gail Breakey graduated from the University of Hawaii with a B.S. in International Relations and an M.P.H. in International Health. She headed up a Health Survey in Laos in the late 1960s and was a health and youth planner with the Model Cities program on Oahu before working for many years at Kapiolani Medical Center as one of the founders of the Healthy Start program to prevent child abuse and neglect. Currently, Breakey is director of the Hawaii Family Support Institute, which is concerned with the well-being of families.

The problem with raising the minimum wage is that an employer must find a way to pay their minimum wage employees more money. If they have money to spare, that is great.If not, they still must comply with the law. So that means they will do one of three things:1. Cut the work hours scheduled so that it equals their payroll budget with the higher wages2. Lay off the employee (s) they can no longer afford to pay3. Raise the prices of the goods or services the business offers for sale, in order to make enough money to cover the higher wagesIf enough businesses choose option three, this is called inflation in Hawai'i. All of a sudden, that higher minimum wage isn't really higher at all, because everything you spend your money on costs more than it did before.

It is a horrible thing that the House did not pass this bill.  Even $12 an hour does little good for those on the edge.  I don't know every argument against this issue, but I'm willing to bet that one thing is certain:  Those who argue against raising the minimum wage are not ever minimum wage earners.

Completely disagree.... there are many causes to homelessness.  Not sure that minimum wage is the main cultprit.  I've been here my entire life (38 years).  During high school, I started working at 15 years old making $5.25 / hour.  Minimum wage was never meant to be a living wage.  It's an entry level wage meant for entry level workers.  How about spending addressing ineffective laws that force homeless to go into shelters.  Local shelters are NOT at max capacity.  A lot of times, it's reported that homeless don't want to go to shelters due to rules (can't bring pets, can't do drugs, need to go look for work, etc...).  How about spending resources to address the continued ongoing drug epidemic.  that has more of a direct impact to homelessness.  My mother and father have been small business owners for the past 37 years in Central Oahu.  Raising minimum wage just to raise it puts very unnecessary pressure on families trying to make ends.  I'm also looking to start a local business in the next year or so... but hearing proposals like this are very discouraging.