The same warrior mentality that electrified all of us on the football field was also Colt Brennan's downfall off the field. Could we have done more to help him? 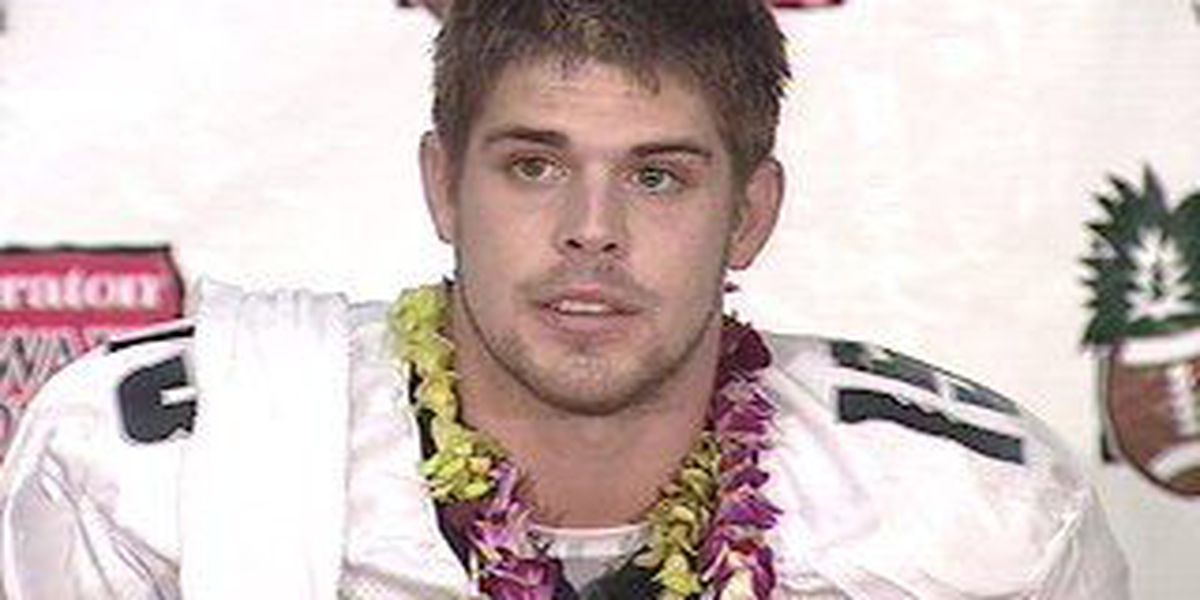 If you’re a University of Hawaii football fan, you probably remember Thanksgiving weekend in 2007 in vivid detail.

That was when we beat Boise State, something we had only done once before and have failed to do since. In doing so we became the outright conference champions for the first and thus far only time.

Behind it all was Heisman finalist Colt Brennan, who threw five touchdowns en route to breaking the NCAA record for the most touchdown passes thrown in a college career.

It was one of the greatest sports moments in Hawaii history, and at the center of it all was Brennan, who just a year earlier forwent a projected first-round pick in the NFL draft to play one more season as a Rainbow Warrior. As much as any on-the-field accomplishment, that decision endeared him to the people of Hawaii.

That memory and countless others crashed into our collective consciousness on Tuesday when it was announced that Brennan died from an apparent drug overdose at age 37. But when the initial shock of the news subsided, it gave way to a familiar sinking feeling.

Brennan struggled with addiction issues for years, and did so publicly. The reason he ended up in Hawaii in the first place was because he was dismissed from the University of Colorado football team after pleading guilty to felony trespassing and burglary charges — crimes committed while he was intoxicated.

He was arrested in Hawaii for a DUI in 2012 — traces of cocaine were also reportedly found in his car — and again in 2019. Last summer he was arrested for trespassing and refusing to leave a Big Island hotel while “heavily intoxicated.”

He was also diagnosed with a traumatic brain injury following a 2010 car crash, though it almost certainly compounded existing brain trauma from a lifetime of playing football.

In an official statement, UH said, “He had a Warrior mentality on the field, but a true aloha spirit off of it.” It’s a simultaneously trite and meaningful sentiment. The verbiage is overused, but the concept of being a warrior is a legitimate source of pride in Hawaii.

You can trace the origins of Hawaii’s warrior spirit back centuries to when the ruling class and warrior class were one and the same, and it has only evolved through the years. Now, it speaks more broadly to a sense of honor and courage, a willingness to face obstacles head-on no matter the odds.

In this way, few people have embodied Hawaii’s warrior spirit better than Brennan. He took our most beloved sport to the biggest stage it’s ever been on and inspired a generation of fans and players along the way. He gave us all permission to dream big, and to believe in our capacity to achieve those dreams without reservation.

Yet the same warrior mentality that electrified all of us on the football field was also his downfall off the field. It united the islands at the same time it irrevocably damaged his brain.

Looking at the outpouring of support this past week, it’s clear just how much Brennan did for Hawaii. But when he needed it most, how much did we do for Brennan?

It’s important to define “we” here, because there is plenty of blame to go around. The NCAA is a good place to start.

Since 2011, hundreds of former football players have filed lawsuits against the organization that claims to be “dedicated to safeguarding the well-being of student-athletes,” alleging that it knew the dangers of concussions but did not do enough to educate or protect the players.

The individual lawsuits were rolled into two class-action suits, one of which was settled in 2014 and the other in 2019, resulting in the NCAA shelling out millions of dollars to provide medical research and brain screenings for current and former players. That’s a step in the right direction, but not close to enough, and too little, too late for people like Brennan.

The NCAA is a multibillion dollar organization built on the backs and broken brains of innumerable unpaid athletes. It is not in their interest to implement policies that actually protect players; its goal is to do whatever it must to avoid legal and financial liability. It will only do right by players when legally compelled.

The University of Hawaii also deserves criticism for not taking a more active role in helping Brennan. I think of the punishing hit he took against Fresno State that left him motionless on the field for over a minute, and how he was still sent back on the field the following week to play a few snaps, then back at full speed the week after that. If his health was as important to the school as the team’s undefeated record was, Brennan would’ve been sidelined for weeks after a hit like that.

And when his career was over, Brennan was on his own. It didn’t matter that he brought national recognition — and millions of dollars — to the university. He was merely another former player, and UH had no legal responsibility to provide any sort of ongoing care or monitoring for him, even after he was diagnosed with a traumatic brain injury.

Instead of partnering with the Brain Injury Association of Hawaii to give him the support he so clearly needed, the university brought him to football practices to give pep talks to players. It was a real-life manifestation of the drowning/high-five meme.

Yet we as fans are also to blame. I am a longtime fan of football as well as equally concussive combat sports, so I say this not out of condescension but commiseration: watching these sports is morally indefensible.

A Boston University study that was published in 2017 found Chronic Traumatic Encephalopathy — a degenerative brain condition associated with various forms of cognitive dysfunction as well as mood and behavior disorders — in the brains of 110 of 111 former NFL players, and 48 of 53 former college players.

I am a longtime fan of football as well as equally concussive combat sports, so I say this not out of condescension but commiseration: watching these sports is morally indefensible.

Which means we are not only witnessing young men give themselves and each other brain damage with every single game you and I watch, we are actively aiding and abetting it. When we lionized Brennan for his toughness and warrior spirit, we were cheering for the same forces that inflicted him with irreparable brain damage.

It’s important to emphasize that brain injuries are not necessarily causal. Brennan showed signs of addiction and substance abuse before he showed signs of brain damage, but there can be no doubt that repeated blows to the head over the course of his life exacerbated the problems he may have already had.

Sadly, there are countless stories like Brennan’s, and countless more in the process of unfolding. I worry about other Hawaii legends like BJ Penn, who hasn’t been diagnosed with brain damage (at least not publicly) but has been on the receiving end of substantial neurological trauma since 2001, in both professional and street fights. That may not be the cause of his alarming behavior, but it certainly is not making it any easier for him to get the help he needs.

If we can’t be brave enough to address these issues, the least we can do is be honest about them. The warrior spirit we hold dear is corrosive and fatal, and it should be tempered with awareness of its effects and meaningful reform. The best way to honor Brennan is to demand better: from the governing bodies of our sports, the schools and staff associated with those sports, and from ourselves. 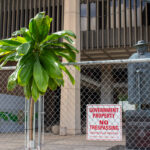 Athletes are not warriors.

What about the others? While obvious in its target with the passing of a local sports hero, the football culture in the islands is very entrenched an the population will never choose to stop sending their kids to pop-warner football. Football stops in Hawaii when enough families sue the state for medical care for their children who sustain concussions while doing school sports. The liability insurance will force the state to stop sports like Soccer, Football, Softball and Judo as a result. With social media and cameras such concussions will not be able to be swept under the rug as they did historically.

This article goes out of its way to tie Brennan's issues on football, but provides no evidence to back this up. The quote above is a prime example - unless the author is a medical doctor, I don't see any reason why he is qualified to make assumptions about the compounding impact of football on Brennan's accident.Brennan's crash was tragic. He was left unconscious for a week. Brennan went into detail about how the crash impacted his life, and how his TBI affected his emotions. At no time did he suggest that football contributed to his problems, and indeed, Brennan only suffered one concussion in his college and pro career.Should sports leagues be more cautious about head trauma? Absolutely, and the media should report on this. But using the death of Brennan to make this point, and blaming UH for his problems without providing any supporting evidence, is frankly irresponsible and borders on disgusting.