How To Make The Most Of Our Federal Relief Funds

The focus now must be on stabilization and long-term recovery. 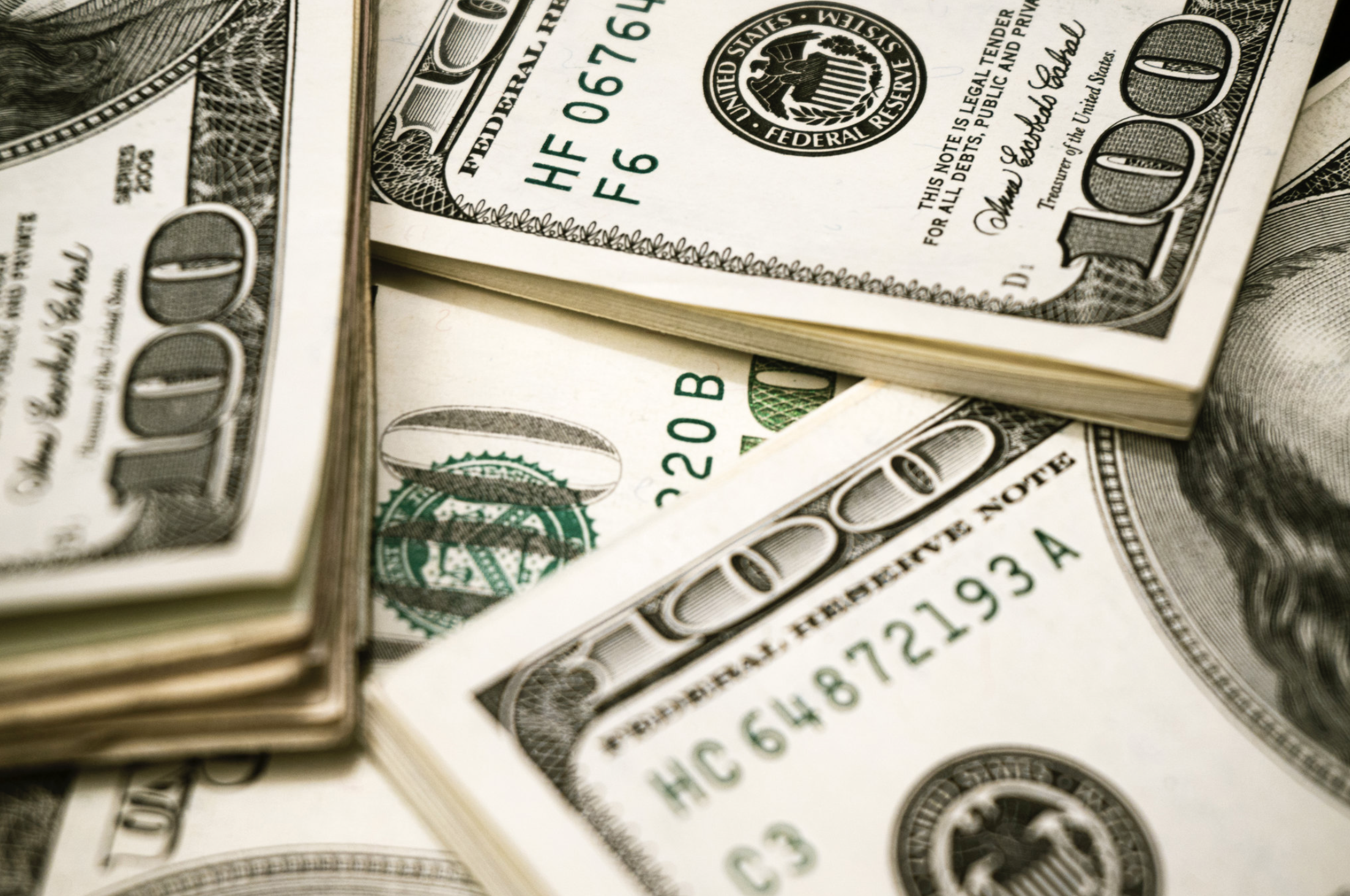 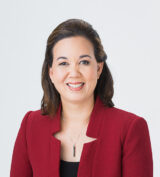 Jill Tokuda is a former chair of the Hawaii State Senate's Ways and Means Committee and is an advisor to the Hawaii Data Collaborative. The views reflected in this piece are her own.

Last August when we were in the midst of a second lockdown due to a surge in COVID-19 cases, I wrote about the urgency for our state to spend over half a billion dollars in CARES Act Coronavirus Relief Funds by the end of 2020 and how much federal money Hawaii had received to respond to the pandemic.

Through the CARES Act and other federal enactments and awards, Hawaii has now received nearly $18 billion, and this amount continues to increase as allocations and awards are released. To put that into perspective, the entire state general fund budget for the coming fiscal year is $15.9 billion.

Nearly $7 billion of that federal money has gone directly to individual Hawaii residents, largely in the form of economic impact “stimulus” payments (our $1,400 checks) and federal unemployment “plus up” payments (which supplemented the amounts of unemployment benefits).

Small businesses and larger industries have received $4 billion, with much of that money coming through the Paycheck Protection Program, Economic Injury Disaster Loans and other payroll and industry support programs.

Of the total $18 billion and counting, over $5 billion comes from the most recent American Recovery Plan Act, which includes $2.2 billion in state and local aid to deal with revenue shortfalls and respond to COVID impacts.

Hawaii received over $7 billion through the CARES Act, with $1.25 billion coming in the form of state and local aid to deal with COVID-related costs and impacts that originally had to be spent down by the end of 2020 or risk being returned to the federal government.

It is often said that our values are reflected in what we budget, what we spend our money on. The COVID-19 pandemic has been the ultimate test of that well-known adage. With overwhelming need in every corner of our communities and each sector of our economy, there was no shortage of what to fund — but with so little time, the challenge was how to get the funds out quickly to those who needed them most.

What Did We Fund With Our CRF Monies

Approximately $350 million of our CRF funds was allocated to respond to the immediate health crisis. COVID testing, contact tracing and public health expenses represented more than $1 out of every $4 CRF dollars.

Just over 20% of CRF funds, or $260 million, was allocated for small business assistance and workforce programs. Another $153 million went toward economic support for households, businesses and nonprofit organizations.

Housing support and food programs received over $162 million, or 13% of CRF dollars, and child care and education over $74 million. More than $80 million was allocated for the purchase and distribution of personal protective equipment, and almost $100 million went toward the work of  public health and safety employees and administrative expenses. Broadband and connectivity programs were allocated approximately 1% of CRF at more than $12 million.

What Remains Of Our CRF Monies

Of these program allocations 84.5%, or approximately $1.06 billion, were largely expended or encumbered by the end of last year.

Like many households across Hawaii, the state has since used the remaining cash that was returned or CRF monies that were never allocated — a little less than $60 million — to pay off bills and reduce its debt. The state used $101 million to reimburse allowable general fund expenditures and $48 million to pay down the unemployment insurance trust fund loan from the federal government.

The federal government has extended the deadline to spend the CRF funds to Dec. 31. While most of the remaining funds have already been encumbered, the state has indicated that plans are in place to use the remaining cash balance for the Safe Travels program and other COVID-related expenditures through the end of the year.

What Have We Learned?

Last summer Hawaii was in survival mode, trying to triage the multiple crises created by COVID-19. A year later, we are in a much different place. This is not to say that significant challenges do not exist, but the focus now must be on stabilization and long-term recovery.

Attempting to move $1.25 billion in CARES Act monies through the state and counties over the course of six months exposed both bright spots and opportunities, as well as areas that need improvement.

We have the opportunity with the next batch of funds and future acts being considered by Congress to be deliberative and intentional and to prepare now to spend better. That’s not to say that what we spent federal relief monies on was not good, but rather that how and where we spend those funds needs to be strategic if we are to move beyond short-term budgeting from federal act to federal act and get to a place of stabilization and recovery.

Unlike the urgency to spend that surrounded the CRF monies, the American Recovery Plan Act took to heart the lessons learned last year that generous funding with unrealistically tight timelines doesn’t work. ARPA state and local funding does not have to be expended until 2024.

Over $243 million, or almost a third of the state-allocated awards, were executed through nonprofit and private sector partners that could quickly move these resources to people in need.

As identified in the “COVID & CARES Act: Lessons for and from Hawaii’s Nonprofit Sector” report, this receipt and distribution of such a large pool of federal funds through Hawaii nonprofits was unprecedented. While it created unique opportunities to achieve outcomes and make an impact, it also revealed the limitations of a system that was not created to both trust in and partner effectively with community organizations.

Building on what we’ve learned and in anticipation of these new funds, it is critical that we seize the opportunity to develop an effective pipeline to support partnerships between government and our nonprofit sectors. Key leaders in both the public and private sectors must work through difficulties and remove the barriers that frustrated and stalled the process of getting money where our people need it most.

The billions our state has received from the federal government has buoyed our economic outlook, but at some point this support will end. If we don’t make sound, strategic decisions on how to bridge the gaps that are coming, we will find ourselves at the edge of an unsustainable fiscal cliff.

While talks are underway for continued aid and support, the next six months will find us closer to that edge as a community. With the state’s eviction moratorium set to end next month and recent court rulings striking down the CDC’s national eviction moratorium, thousands of households face the threat of homelessness.

The extension of enhanced federal unemployment benefits — which have sustained hundreds of thousands of individuals and their families since the start of the pandemic — ends in September. Hawaii still has the highest unemployment rate in the country.

And at a time when taking care of our physical and mental health is most critical, tens of thousands of households have lost health insurance due to job loss. While thousands of displaced workers and their families have been able to enroll in Med-Quest, the reality is that many who are struggling don’t qualify for that coverage.

Last year I suggested creating triage teams that could quickly identify and deploy resources to communities that were falling through the cracks and not getting the help they needed. As we focus on stabilizing our communities and economy, the needs are different from where they were a year ago but no less urgent.

Plans need to be put in place to bridge these gaps and the devastating consequences we are seeing in our communities: Unacceptably high increases in domestic violence and child abuse and neglect. Increases in substance abuse and mental health problems. Businesses struggling to stay alive and in need of commercial rent relief. The most vulnerable in our community struggling to put food on the table and access child care so they can go back to work.

None of these issues have simple solutions, and money alone is not the cure. But if we build on the partnerships that helped us to get through the last year, if we identify and fill the gaps where funding is urgently needed and if we focus on bridging the cliffs ahead, I believe that long-term recovery is possible.

I’ve said it before, and I’ll say it again. The needs are great. We have the funding. Now we must step up together and find the way. 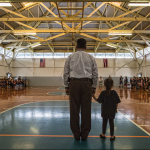 Reforming Our Education System In The Wake Of The Pandemic

Jill Tokuda is a former chair of the Hawaii State Senate's Ways and Means Committee and is an advisor to the Hawaii Data Collaborative. The views reflected in this piece are her own.

Thank you Jill, for providing a clear understanding of how the state government has managed and distributed the CARES Act and ARPA funds.  Moving forward, transparency over how the federal money is managed and distributed is key to building the public private partnerships you mentioned in your piece.  Cultivating accurate and timely data remains critical for all partners to make informed decisions.

Thank you, Jill, for this thoughtful commentary.  We have the federal relief money, but it won't last forever.  We need to spend it wisely so we collectively don't fall off a cliff when the federal relief money ends.  It's time to address effectively some long-term issues, like homelessness, folks who fall through the cracks in the healtcare safety net, and inadequate (such as broadband) or aging infrastructure.

All of this insane money printing by Biden and friends is causing the worst price inflation we have seen in a generation (unfortunately perfectly correlating to Milton Friedman's theory).  We can print and pass money around all we like but if production does not grow by the same amount, it doesn't change anything.  We need real reform which takes real real leadership but we don't have it.