Instead of regrowing the economy, Hawaii should focus on restoring quality of life. 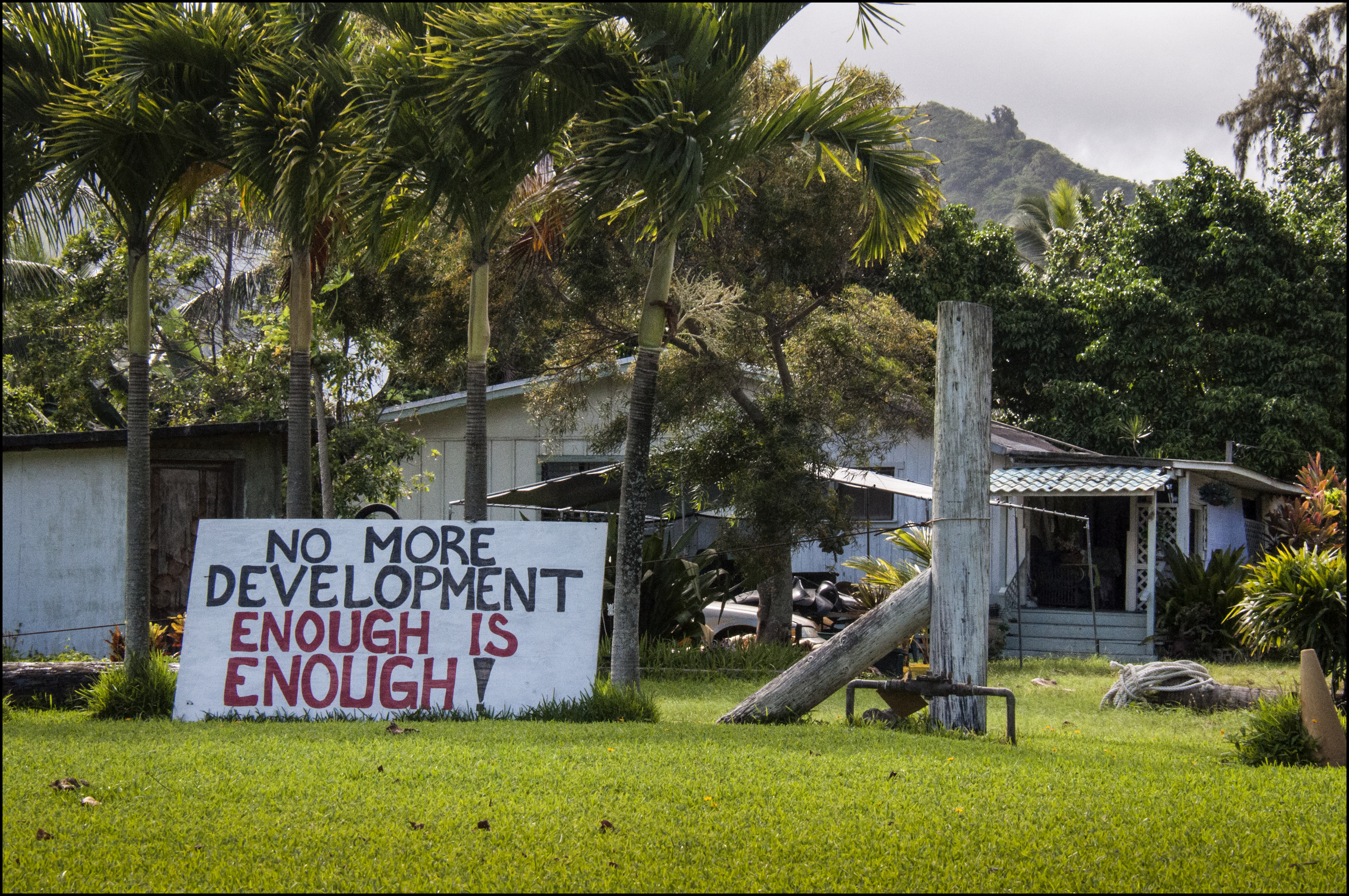 As Hawaii tentatively emerges from long days of pandemic living, and as people are taking stock of lessons learned and what parts of “normal” life they actually didn’t miss during the many months of isolated existence, it might be a good time to examine the concept of “growth” and how it has gotten Hawaii into so much trouble.

Hawaii doesn’t need to aim for “growth” all the time, unless it has to do with food crops and sustainable resources. In terms of tourism, construction, miles of highway, Hawaii has more than it needs.

There are other measures of success and progress besides growth that seem better suited to the realities of an island state. Maybe the measure of success for the next decade can be the opposite of tourism growth and state tax revenue and relentless urbanization; like number of acres of land returned from urban use to farmland, or number of hotel rooms converted to rental housing units.

Craziness, right? But not as crazy as a credo of constant growth on a chain of little islands way out in the Pacific.

In human life, we measure growth in physical terms for the first part of life, and most intensely in infancy. Babies are weighed and measured and compared to other babies at the same age. Once a child gets a little older, we stop measuring every week or every month, and we focus on things other than numbers, like developmental milestones and behavioral stages.

When a person reaches adulthood, growth is measured in different ways — ability to care for oneself, ability to care for others, the role one plays in a healthy community, etc. Unstoppable, unregulated growth in an adult human is basically cancer, and so it is on an island as well.

Hawaii needs to go in the other direction. Bigger is not always better. There’s much to be said for a nice, comfortable fit.

There are many benefits in downsizing.

For example, all the grandiose plans for a new Aloha Stadium gloss over the fact that the University of Hawaii has had a hard time filling the seats for football games over the years. The stadium has a capacity of 50,000. In recent years, if the place was half-full for a game, that was considered a good crowd.

However, for the next three years (at least), the UH football team will be playing on campus in the new/old Clarence T.C. Ching athletic complex.

Imagine, a Saturday night football game right there on campus, just like at a big university. Imagine, every one of the 9,000 seats filled. Imagine, a UH football game where people are clamoring to get in, where tickets are hard to get. That excitement would feel like success — maybe not quantifiable, but palpable.

What if the rental car industry didn’t ship back thousands of cars, and tourists had to rent bikes, take shuttles or just stay on the resort grounds and spend money supporting the economy rather than go off-roading to some remote off-limits area to get injured, stranded and in need of rescue? Fewer rental cars on the road should be a goal. Visitors to Hawaii are currently scrambling to get around because there aren’t enough cars for them to rent, yet the traffic is terrible.

And then there’s the rail, which reliably supplies the worst example of every bad policy and practice in play in Hawaii. Even before construction started, its capacity was greater than projected ridership. People were going to have to be persuaded to ride the train.

Bigger is not always better. There’s much to be said for a nice, comfortable fit.

Now that remote work has proven doable for many companies and preferable for many workers for more than a year, and now that distance and hybrid has been a part of classes from kindergarten through graduate programs, the need for rail does not seem as dire. It is another project that was begun to meet projected, or even hopeful, growth projections, like the Hawaii Convention Center, which was supposed to be home to high-end international conferences and ended up being just another Neal Blaisdell exhibition hall with nicer bathrooms and newer carpeting.

There are better ways to measure progress in Hawaii, ways that take into account quality of life, the health of nearshore waters and beaches, restoration of open spaces, peaceful neighborhoods, safe streets.

During the most severe stay-at-home orders, we had all that. It was hard to admit at the time, but there were actually things to love about the shutdown. Hawaii felt more like Hawaii, and home felt more like home, when the relentless drive for growth let up for a while and the focus was on staying healthy and taking care of ourselves and our loved ones.

Future goals and measures of success need to take those life lessons into account. Constant growth is a problem. We need to aim for better. 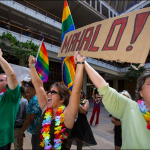 Hooray for Lee Cataluna!  Once again she hit the nail firmly on its head with her comments on the mismeasure of growth.Ms. Cataluna, I think you are too sensible to run for governor, but I wish you would.  I would vote for you.Heu`ionalani

I totally understand Leeâs point.  However, I decided to just go on a nice scenic drive today (I live here) and I pulled into the Halona Blow Hole pkg lot where tour buses and tourists have returned.  As much as the parking lot is getting full again, I have to say I was happy to see the drivers of the vans with jobs again.  I feel empathy for all the tourism workers who lost their jobs and itâs nice to see them return to work and be able to make a living again.   Not sure what the answer is.  People need to work.

As a local most would agree we don't need/want more volume when it comes to tourism.  We all loved not having to deal with traffic during the pandemic.  Driving became a pleasure again, given you had somewhere to go.  There are a couple of realism moments here; the first is tourism drives our economy and we haven't shifted out of it.  Second, government is the cancer, consuming more and more tax dollars than it provides in services.  You can't have more social services for the poor, more affordable housing and less homeless, without someone to pay for it.  That tax driver remains tourism and the Federal government.  Although it's nice to say we don't need tourism, you also need to look at what happened to the economy over the last year.  How are people to survive and without Federal bail out money how does local government function?  Does homelessness become worse and do the poor suffer more without government programs and support, all of which are paid by taxes on the people and businesses.  I'm not saying lets go back to where we where, but the reality is it's not that easy and you have to consider the other side of the equation.  However, the time is ripe for change.