The University Of Hawaii Needs A Criminal Justice Department 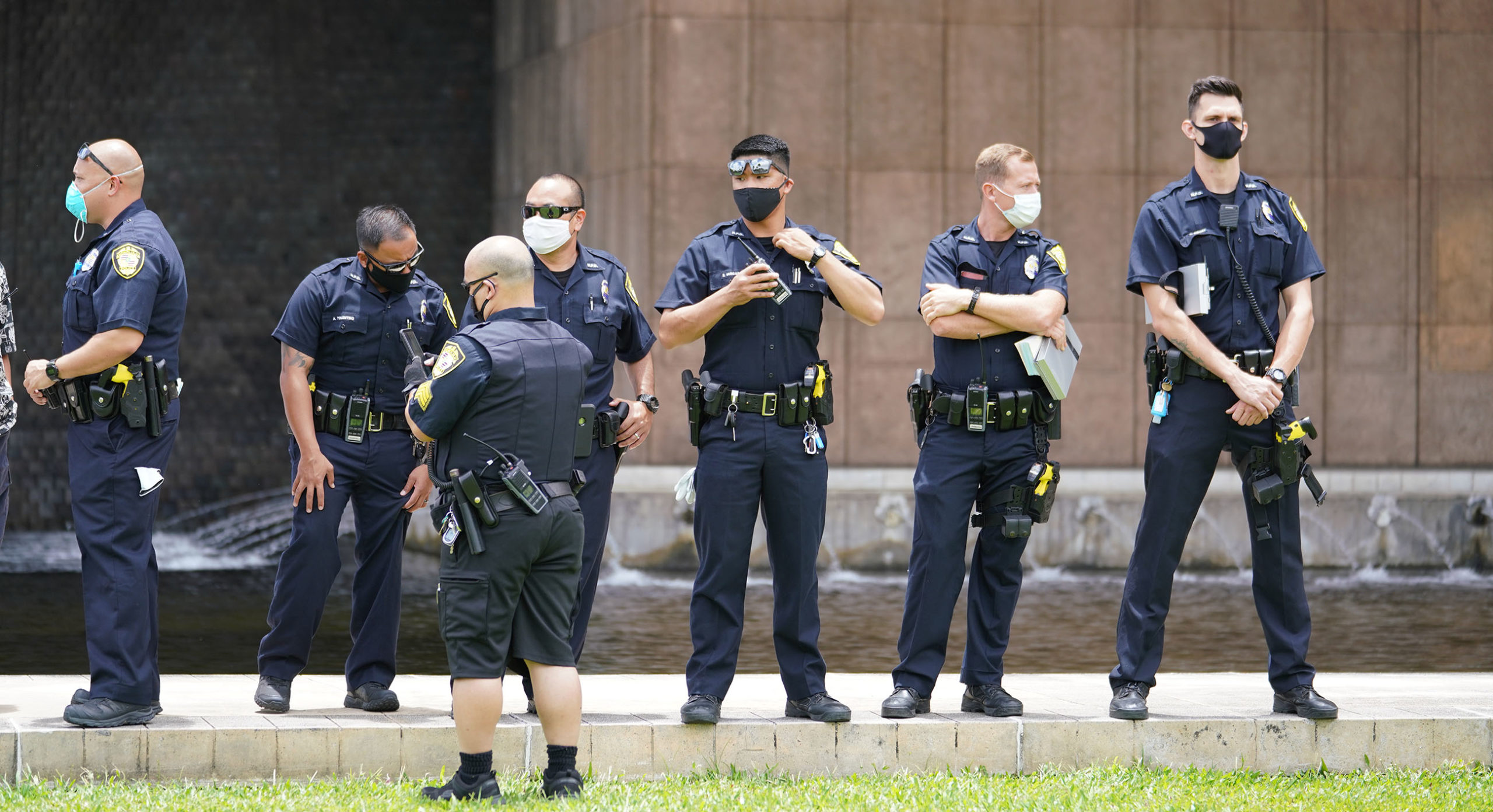 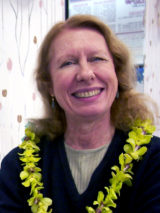 Meda Chesney-Lind is a professor emerita of Women’s Studies at the University of Hawaii at Manoa. She is also a past president of the American Society of Criminology. 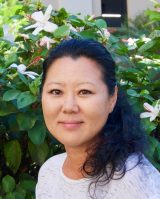 Helen Yu is an associate professor and the graduate chair of the Public Administration Program. She is a retired federal law enforcement officer and specializes in the underrepresentation of women and racial minorities in policing.

There is a growing yet unmet demand across Hawaii for well-trained and well-rounded critical thinkers with the skills and knowledge to work effectively and efficiently in the area of policing, corrections and crime policy.

The Honolulu Police Department, which is not only the state’s largest police department but also the 18th largest in the nation — and the most racially diverse in the nation compared to the population it protects and serves — has been haunted for years by allegations of misconduct and calls for increasing accountability.

It is clear that even while some recent changes in police oversight have occurred, Hawaii’s police could use more robust training and leadership development. Most of the 1,961 police officers in the HPD only meet the department’s minimum educational requirement of a high school diploma or its equivalent.

Between 2005 and 2016 Honolulu taxpayers paid $9.7 million to settle some 80 lawsuits alleging HPD police misconduct. Most recently, HPD has been rocked by two officer-involved killings, one involving 16-year-old Iremamber Sykap and the other, 29-year-old Lindani Myeni, neither of whom was armed with a gun.

The victims were members of minority ethnic groups — Pacific Islander and Black —overrepresented among those experiencing “use of force incidents” at the hands of police, and their killings have come in the midst of a national reckoning with the long-entwined issues of race, violence and policing.

In the midst of the reckoning, no one is debating the fact that good training is a foundational element of good policing.

Corrections Could Benefit Too

The state also faces significant challenges in the correctional area — specifically how to respond to the overcrowding and deterioration of the state’s correctional facilities. As with HPD, most of the 1,390 correctional officers the state currently employs also possess only the minimum educational requirement of a high school diploma or its equivalent.

The final report of the HCR 85 Task Force on Prison Reform that went to the Hawaii Legislature included the recommendation to “encourage the University of Hawaii to offer accredited degrees in Criminal Justice.”

The Task Force report noted, “The University of Hawaii does not offer a degree in Criminal Justice. Offering such a degree would produce highly educated individuals to staff and administer Hawaii’s correctional system, and the faculty would constitute an important reservoir of expertise for consultation and research on criminal justice matters.”

In the wake of the task force report, HPD Chief Susan Ballard, as well as various state leaders in the field of criminal justice, expressed support for partnering with UH on curriculum development and training opportunities to meet state needs if a degree in criminal justice is authorized.

An Idea Whose Time Has Come

Put simply, Hawaii is confronting a need for deep changes in its criminal justice system that are informed by cutting-edge scholarship on justice issues like mass incarceration. With world-class faculty, the UH Manoa campus is uniquely positioned within the state to implement a program that will not only provide training in the technical skills central to justice administration but also foster the critical thinking skills that spring from a high-quality liberal arts education.

Both elements — technical skills and a strong liberal arts foundation — will be necessary tools for those who seek to lead the state in forging a more effective and equitable criminal justice system.

Aside from the six months of training that police officers receive at the Honolulu Police Academy, or the nine-week basic training program for correctional officers conducted by the Department of Public Safety, a criminal justice program would be a welcome addition for the state, in particular the HPD and the DPS.

There is student demand for the program. In a 2016 UH Manoa College of Social Sciences survey of incoming freshmen, 56% of students said they were interested in criminology and criminal justice as a field of study, far eclipsing other new program initiatives.

A more recent survey conducted in 2018 found the same pattern, with student interest in criminology and criminal justice roughly double that of the next most popular choice.

Finally, and crucially, a review of UH Manoa’s peer and benchmark campuses — colleges such as the University of Arizona and University of Washington — reveals that 78% (14 out of 18) offer a degree in either criminology, criminal justice or crime, law and justice.

A core group of faculty members at UH Manoa have recently made several efforts to propose a new BA/MA in Criminal Justice but to date these initiatives have not been successful, largely due to budget issues and the disruption of campus life caused by the COVID-19 pandemic.

Regardless, UH Manoa must maintain a constructive approach and continue to assist in the areas of policing, corrections and crime policy. Some of this is already occurring.

The Role Of The University

The Hawaii Legislature formed a legislative task force on effective incarceration policies and improving Hawaii’s correctional system, on which UH Manoa was officially represented by one of the authors of this essay, Meda Chesney-Lind.

Finally, there is continued legislative interest in funding research at UH Manoa on gun and domestic violence and best practices within the field of corrections.

But if UH Manoa does authorize a new BA/MA in Criminal Justice, the proposed degrees will not duplicate current UH offerings. For example, although the BA/MA in Sociology does offer a number of classes in “crime, law and deviance” in the field of criminology, the Department of Sociology offers only one class in the field of criminal justice, which is defined as a separate but related discipline and which was identified as one of the state’s highest needs in the task force report to the Legislature.

In addition, national experts consulted by the task force were clear that criminal justice students need a professional/intellectual identity that is linked to their specific discipline and degree program. Undergraduate students in sociology are unlikely to develop such a disciplinary identity.

The proposed degrees in criminal justice would prepare individuals for operational positions in law enforcement, in corrections and in public safety, such as police officer, probation officer, special agent, correctional officer, etc.

A preliminary census of the current UH Manoa course catalog identified 26 undergraduate and 45 graduate courses as potential elective courses for a degree program. Examples include “Race, Class, and Law” in the Department of Ethnic Studies, “Criminal Procedure” in the William S. Richardson School of Law, “Leadership and Ethics” in the Public Administration Program and “Gender and Violence” in the Department of Women’s Studies.

In addition, UH Manoa has 31 potential contributing faculty members with specialties in criminology, public and mental health, program evaluation, and law and violence prevention among others.

Capacity in the area of criminal justice, however, is virtually nonexistent, and all core classes for both degree programs would need to be built.

Although efforts to establish the proposed degrees have to date been unsuccessful, the University of Hawaii owes it to the state and its residents to fund a credible criminal justice degree program. Such a move would both guarantee that the state has well-trained officers and staff and allow the state to access the most advanced approaches to preventing and solving problems of crime in our communities. 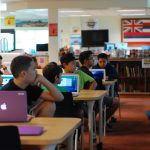 Meda Chesney-Lind is a professor emerita of Women’s Studies at the University of Hawaii at Manoa. She is also a past president of the American Society of Criminology.

Helen Yu is an associate professor and the graduate chair of the Public Administration Program. She is a retired federal law enforcement officer and specializes in the underrepresentation of women and racial minorities in policing.

As a recently retired HPD officer, I completely agree that all officers should have at least a bachelor's degree. However, it can be in any discipline. In fact, degrees in areas other than criminal justice are probably more desirable because you will learn criminology in the Department. HPD training is very thorough and high-quality in that area. My degree was in journalism and it served me very well throughout my career. Also, almost every officer I knew had at least some higher education and many had degrees, I think you should survey the Department to find what the actual educational level is in the Honolulu Police Department.

Good ideas. Public service from public servants. Can you imagine if 1/4 of the resources of our failed rail were to be put into the ideas from this article? Better law enforcement, more public trust, more safety, more integrity, more selfless equal service, more accountability. If only...

I was surprised to read this article because it wasnât long ago that I taught the Administration of Justice courses at the Honolulu Community College, under program Director Robert Vericker. Credited classes included: Criminal Procedures in Hawaii, Community Policing, Substance Abuse in Society, Introduction to Terrorism, Juvenile Justice, Management and Supervision in Law Enforcement, and Leadership in Law Enforcement.  We also discussed at length issues like  ethics, moral decisions, corruption, and the importances of leadership at all levels. Many of my students went on to become successful police officers, sheriffs, prison guards, and even attorneys.  I was also once a student of Meda Chesney-Lind, and she became one of my guest speakers along with the ACLU Director.I do hope those classes are reinstated, but I have to agree that education is not a panacea for our current problems.  It is the lack of strong leadership and moral courage to do what is right.  This is so evident in our current political climate.