The Higher Education Committee chair argues that UHPA is doing little to control the high costs of a university education. 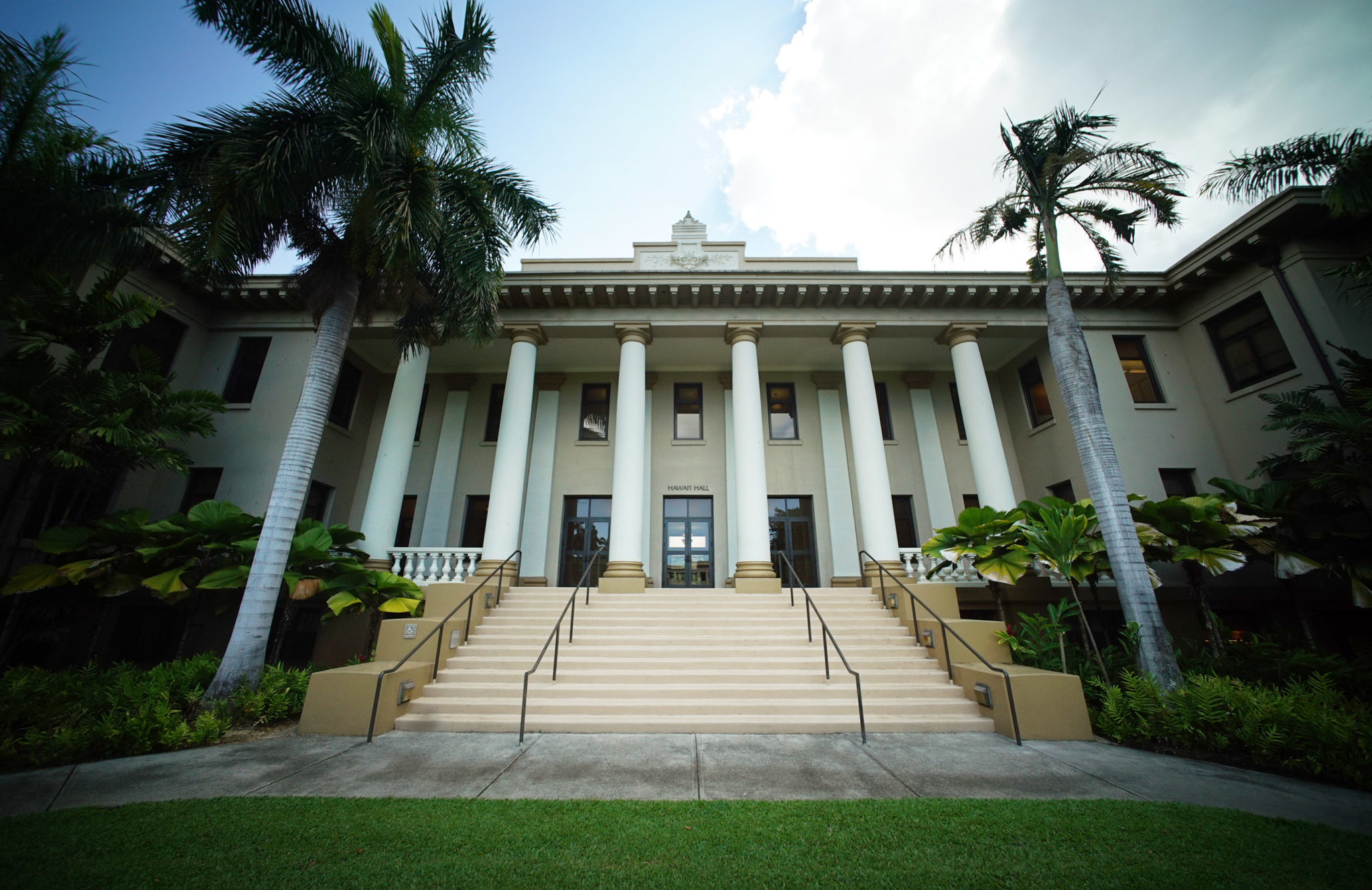 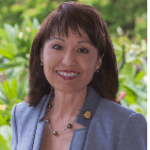 The University of Hawaii Professional Assembly recently launched several public attacks, one decrying the UH budget approved last month by the Legislature, the others a more personal attack directed at me for daring to question the policies and practices of the institution.

It would be exhausting to offer a point-by-point rebuttal to UHPA’s criticisms, which reflect the strident, self-serving bombast of a labor union advocating on behalf of its membership. As an elected official, I accept criticism often, except when it’s full of rambling mistruths and personal attacks.

So let me offer these key points.

Why aren’t the UH administration and UHPA seeking solutions to the very high cost of education at the University of Hawaii?

Student debt in our country is at an all-time high. Graduates are saddled with decades of loan repayments. My goal — one shared by my fellow legislators and our entire community — is to have the University of Hawaii offer an excellent education at an affordable cost. We are failing to fulfill that mission.

UH Manoa estimates the cost of a year of school at $29,920, split about evenly between tuition and educational expenses and living costs. Kapiolani Community College’s estimates are $4,624 for tuition and school expenses, or $22,563 if independent living costs are added for a full-time student.

University of Hawaii expenses continue to climb, the cost of an education continues to increase while enrollment over many years has dropped.

Rather than embark on a round of self-examination, a search for greater efficiency in the system, UH administrators instead appeal to the Legislature for more money. The latest, the Hawaii Promise scholarship program, which I increased and doubled in its appropriation, aims to help local students afford college. But these well-meaning efforts do not incentivize the university to trim its spending and make college more affordable.

When accepting the chair of the Senate Higher Education Committee, past chairs warned me they had urged UH administrators for decades to be more responsive to the students, trim a large bureaucracy, hold faculty accountable to UH’s teaching loads, and classify researchers the same way other R1 universities do — only to be bullied by UHPA. I have just now experienced this bullying as UHPA is now accusing me, as they did my predecessors, of having an “agenda” or motives other than the oversight responsibilities of sound governance.

The last House Higher Education chair who proposed many of the same concerns was targeted by UHPA in his re-election bid and the union spent more than $90,000 to unsuccessfully unseat him. It has been and continues to be an uphill battle because UH and UHPA will do anything to maintain the status quo and avoid painful decisions.

I challenge UH and UPHA to justify to the students, parents and taxpayers how a faculty member can teach (according to UH data) zero classes, hold no campus office hours, bring in little to no extramural funding and be paid in excess of $345,000 a year.

How many faculty members comply with the university’s teaching policy?

Board of Regents Policy 9.214 states, “As instruction is the university’s highest priority, teaching remains the most important duty of its faculty.”

But UH data shows that a lot of Manoa faculty teach just eight to 12 credit hours a year. UH administrators acknowledge the disparity between what is required and what is reality; many UHPA members have brought to my attention the inequities among the teaching and non-teaching faculty in workload, performance, and salary which is why the Legislature passed Senate Concurrent Resolution 201 (discussed below).

While students bear the cost of their education, they often don’t receive the benefit of senior, top-rated professors in the classroom as many classes are taught by graduate students and lecturers. Parents complain to me that students cannot graduate on time because required classes are scheduled to accommodate the faculty, not the needs of the students.

In contrast, our public school teachers are paid a quarter of a professor’s salary, do not have the luxury of assistance from a graduate student or lecturer, and cannot choose their workloads or the hours of the day they will work.

UHPA’s criticism on Senate Bill 1328, which would deny tenure to non-instructional faculty, did not address the underlying issue of unjustified employment policies.

Few, if any, colleges in the United States or the UH’s peer universities grant tenure to researchers. This is why Hawaii is known as the “gravy train.” Other institutions require researchers to attract extramural research grants to cover 40% to 80% of their salaries and benefits. Instead, the UH pays its research staff from general funds.

UHPA claims that this could jeopardize Hawaii’s R1 status; this is false because most, if not all, R1 institutions do not tenure researchers. Additionally, UH has been using tuition dollars paid by students to supplement research that is not related to their instruction.

In another example of the UH’s resistance to change, the school has seven different classifications of employees. Comparable schools have only three.

The University of Hawaii is responsible to the students and taxpayers of this state.

In response to UHPA’s concerns, I deferred SB 1328 and UHPA agreed to do a draft resolution reviewing the tenure process. UHPA’s draft was the basis for the final resolution, SCR 201. A separate resolution on extramural funding was also introduced and both were heard at the same time. Both called for a UH working group, so the Higher Education Committee combined the two for efficiency as both are related.

The resolution, approved by both houses, calls on the UH administration and UHPA to convene a task force to examine and assess the institution’s tenure system for researchers and other non-instructional staff and the compensation structure for faculty engaged in activities supported by extramural funding and grants, compare them to similar schools, and propose best practices that could be adopted by UH.

The University of Hawaii is responsible to the students and taxpayers of this state.

As the recipient of a significant share of public money — $473 million in general funds in each of the next two fiscal years — the University of Hawaii bears an obligation to ensure that money is prudently spent. The UH must ensure that it is getting the most out of every tax dollar, that unnecessary spending is trimmed or eliminated, and that its policies and practices are up-to-date.

That is the mandate of every state agency, and the university is no exception. 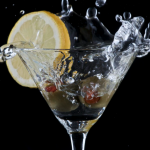 Neal Milner: Eighty, Schmeighty. Spare Me The Story Of Your Perfect Life

It's great that these issues are discussed. As someone who has worked at UH and other universities, I can attest that *some* UH faculty get perks that are unimaginable elsewhere. Tenured researchers earn an average of  $215,387 per year and they are mostly exempt from teaching. Some of them have stopped doing research, often because they are burnouts, and now they do more or less nothing all year, but they cannot be fired. Professors in their 80s cannot be forced to retire. In addition, the state pays for Specialists who do the work traditionally carried out by regular university faculty, such as teaching and mentoring students. If the university and the union do not reign in these structural problems, the legislature should, and I congratulate Senator Kim for having taken a step in this direction.

There is definitely a lot of room for improvement, but some of her points aren't very persuasive.  Student costs are higher than average for a public university, but a chunk of that higher average is due to the higher living costs in food and housing.  I'm told some issues with Bill 1328 are unrelated to researchers.  Counselors and librarians are often in faculty positions.  Some occasionally teach Interdisciplinary Study courses, others don't teach.  It may be possible to reclassify positions as staff, but that doesn't leave much room for flexibility.  It is also not true that comparable schools only have 3 employee classifications, unless she is referring to faculty only.  Regarding taxpayer money, she could bolster her argument by mentioning how the Legislature is getting the most out of every tax dollar at the Capitol.

As a persuasive essay, this would receive a failing grade.  Comparing the full cost of attendance at a research institution (UHM) with the tuition at a community college (Kapiolani) demonstrates willful deception.  Citing a single, anonymous, faculty position with zero load with a clearly outlier salary is disingenuous at best. Faculty compensation and normal workload is nowhere near this potentially fictitious example. Cite clear, equivalent data, please - not this inflammatory quasi-information.How about discussing the areas where UH administration actually agrees?  A reduction in number of employee types is already in discussion.  Do you feel there are specific programs that aren't warranted?  I see no cogent arguments to that effect.Senator Kim seems to despise the concept of tenure for faculty, while ignoring the fact that every other state employee earns employment security under LESS rigorous scrutiny. None of this diatribe justifies the behind-closed-doors, 11th hour gutting of UHM's budget. I though our democratic system required debate in the light of day.