Vaccine hesitancy is yet another expression of how polarized we are, and it's not going away. 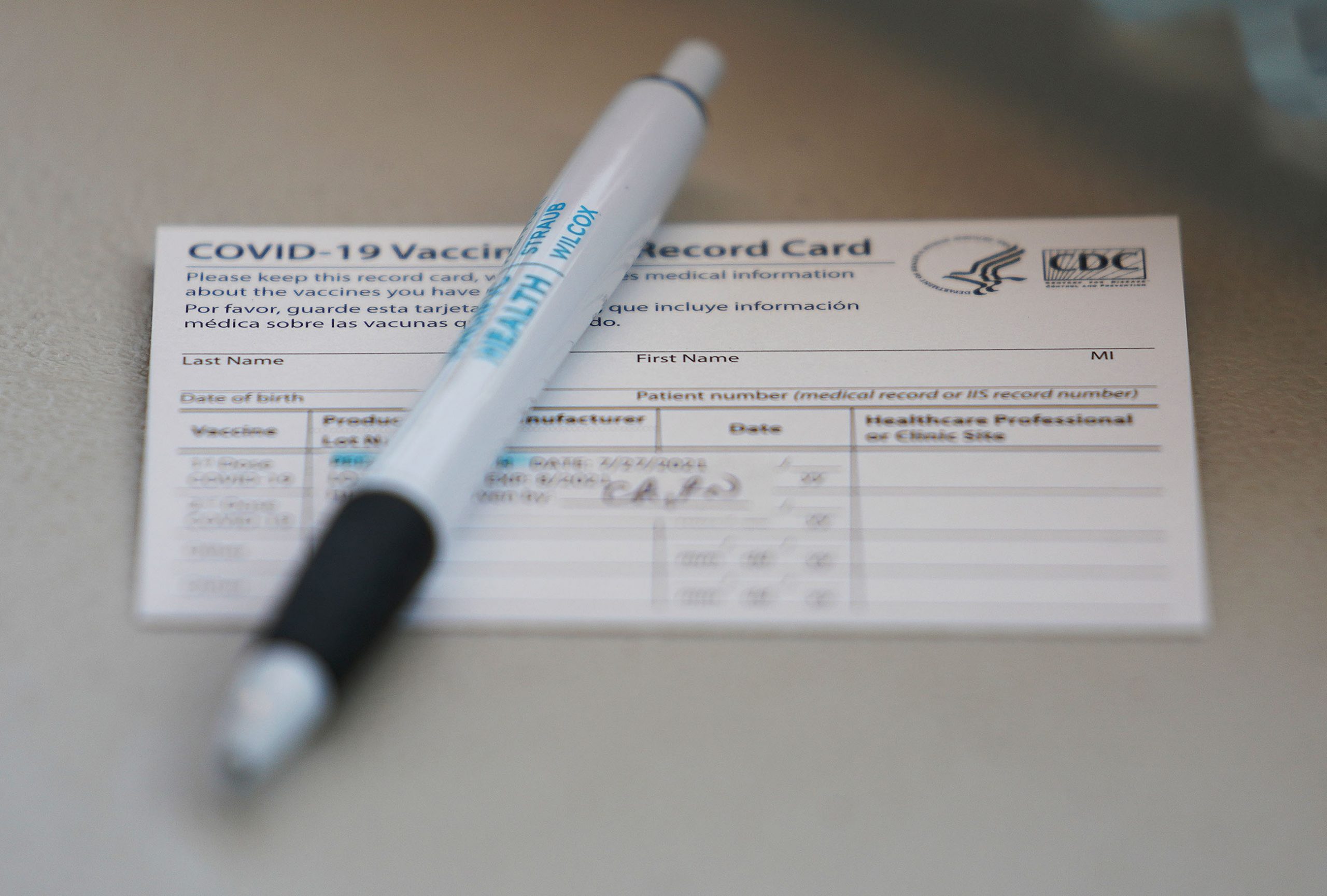 How do we overcome COVID-19 vaccine hesitancy?

“Engage the community more! Get the grassroots involved!”

That sounds great, logical, a no-brainer even. But it’s not. The reason is that the response to COVID-19 is so different from previous public health disasters.

Unlike other serious public health crises, COVID-19 does not bring people together. It divides them.

Some important new research shows this. In fact, it may be making people less willing to get the vaccine.

It feels almost natural to be optimistic about community engagement. It’s part of America’s DNA. The pro-vaccine conservative writer David French says, “Engagement in community, more than top-down policy, is what pulls hearts and minds out of dark places. Now we are at a phase of the fight that’s person-by-person and family-by family.”

The belief in community is powerful and it works as a way of bringing people together. I’m a believer myself.

Community engagement has worked in the past to unify people in other public health disasters. It’s been critical, actually a life saver, in helping folks survive natural disasters.

People are influenced to do good things, like voting and giving to charity, if they know that their neighbors are doing the same thing. The neighborhood a person grew up in is extraordinarily important in determining how her life turns out.

Community engagement is not only effective. It’s grassroots democracy with people solving problems close to home, as in what you learned in civic class.

But not for COVID-19. With COVID, community engagement does not conquer. It divides.

The vaccination rate has crept up very slowly. Nationally, after an initial rush, there have been only small changes month-by-month.

By May 30, about half of the country had at least one vaccine dose. This week the number has increased to a little less than 60%, not a big jump, and far from the commonly stated goal of 80%.

Hawaii’s needle has not moved very much. It’s at about 60%, not bad comparatively, but quite stable and considering the delta variant, not nearly the game-changer we’d hoped for.

The COVID-19 vaccine rush is over. It won’t resume.

This should not be surprising unless you were a vaccine-rate optimist, which many of us early vaccine-takers were. How can others, we thought, not see the light?

The early birds like me were low-hanging fruit. We didn’t need messaging to convince us about the vaccine. The only message we needed was where and when. If necessary, I would have hula-hooped to Kaiser in Mapunapuna.

What enthusiasm! What relief! It captured our collective imagination but blinded us to the reality that a whole lot of people were not thinking or feeling the way we were, and that this resistance was entrenched.

The new research on vaccine hesitancy and community shows why. It’s a longitudinal, national study of Americans’ willingness to get the vaccine, covering the period from March 2020 when there were no lockdowns yet through August 2020 when the U.S. had experienced over 5 million cases.

The authors hypothesized that what they knew to be the case in other public health crises would apply here. As things got more dire and the threat became worse, people would unify. There would be greater agreement that taking the vaccination was a good idea. The common threat of getting sick and dying would overcome the differences.

But with COVID-19, that hypothesis turns out to be wrong. Over those six months in 2020, vaccine resistance increased.

What is Fault Lines?
“Fault Lines” is a special project that continues to explore disruption and discord in Hawaii, especially as we emerge from a pandemic that exposed new points of contention, and what we as a community can do to bridge some of the social and political gaps that are developing. Read more here.

Now, there are all sorts of reasons why people don’t get vaccinated. The study considered virtually all of them.

But the key one that showed up in the study was ideology.

Over those six months, the percentage of Democrats who were willing to get vaccinated stayed the same, but Republican willingness dropped. Democrats and Republicans differed according to how threatening they saw COVID-19 to be as well as the media sources they trusted.

If that sounds to you like polarization, bingo. It may not surprise you that polarization is a key factor here. But what you need to keep in mind is that once the issue became this polarized, it becomes part of a solid and entrenched set of beliefs. COVID-19 is no longer just about COVID-19.

The two different worlds are reflections of, well, just about anything important these days.

So, the reason that community engagement is less effective is because, thanks to political and social polarization, communities are internally so alike and so isolated from one another.

Vaccination persuasion works best if you are trying to get someone to get the vaccine if she lives in your neighborhood or has friends and families who have been vaccinated.

That’s conformity, the kind of effective social pressure that health officials hope for.

But in the case of COVID-19, a significant number of people live in places where conformity and social pressure mean “don’t get the vaccine.”

Warnings from the Centers for Disease Control and Prevention or speeches from governors in red states with low vaccination and high COVID-19 rates aren’t going to make much of a dent.

There are better ways of trying to persuade vaccine skeptics.  You need to carefully listen to their positions and respect their seriousness.

That’s a good approach generally. It’s also one that has some promise regarding vaccine skeptics.

But that’s tough going, especially in a society that is so polarized that each side typically sees their opponents as evil, irrational or just plain crazy.

Other than the vaccine, there are no game-changers. The vaccine rate will continue to creep up but very slowly. We’ll get the delta surge under control. Mandates and incentives will increase the vaccination numbers, but not by a huge amount.

And then the cycle will start all over with a new variant, the same tumult, and the same basic patterns of resistance.

Do I sound cold and analytical? Yeah, but I want to assure you that I hate this. Our 9-year-old granddaughter is coming to visit next week for the first time in almost two years. As much as I’m looking forward to it, some of the gloss has diminished.

My post-vaccine body has become a little less relaxed again. I find myself thinking more about things that had kind of receded from my worry list. The visit will not quite be the same — too much old baggage returning, too little freedom from fear.

Vaccine skeptics often say they don’t fear COVID-19. Well, I do. Right now, resisters have their own world, and I have mine. We live in two different worlds.

But that’s the way of the world and will be, with its fits and starts, surges and recoveries, relief and relapse for who knows how long. 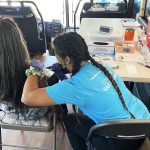 Chad Blair: 'A Pandemic For The Unvaccinated'

Maybe if businesses and events start requiring vaccination to enter, more people will get vaccinated.This is starting in New York and Chicago. No vaccine, no indoor restaurant access. No vaccine, no entrance to concerts, movies, sporting events, etc.

I always argued that the initial supplies of vaccines should have been very expensive based on short supply and large demand.  Only the rich could get them. That would help subsidize costs for poorer folks while making them seem more desirable. Free vaccines are not valued and makes people wonder if they are being used as lab animals. Make them pay and they will desire them. The few hold-outs would be attention-seeking Hollywood have-beens or rural folks who are not much in danger. Admittedly, I got mine relatively early on.

Peer pressure and media campaigns certainly work on a lot of people. But is this a good thing? Throughout my upbringing and education, I have always been taught to resist peer pressure and to use the scientific method and my own analysis to understand and interpret the world around me. In fact, this approach is the very foundation of proper, classical schooling. No matter how much I agree with other people's conclusions on a particular matter, including the one before us today, it raises all sorts of red flags for me when propaganda, censorship or coercion are employed to get everyone on the same page. There exist far better ways to deliver the message and to prove one's point. Headlines like this one, yesterday in the Washington Post, certainly do not help: "CDC reversal on indoor masking prompts experts to ask, âWhereâs the data?â"