The UH football team for now will play on a quaint venue at the Manoa campus, but it's nowhere near what's needed for survival in NCAA Division 1. 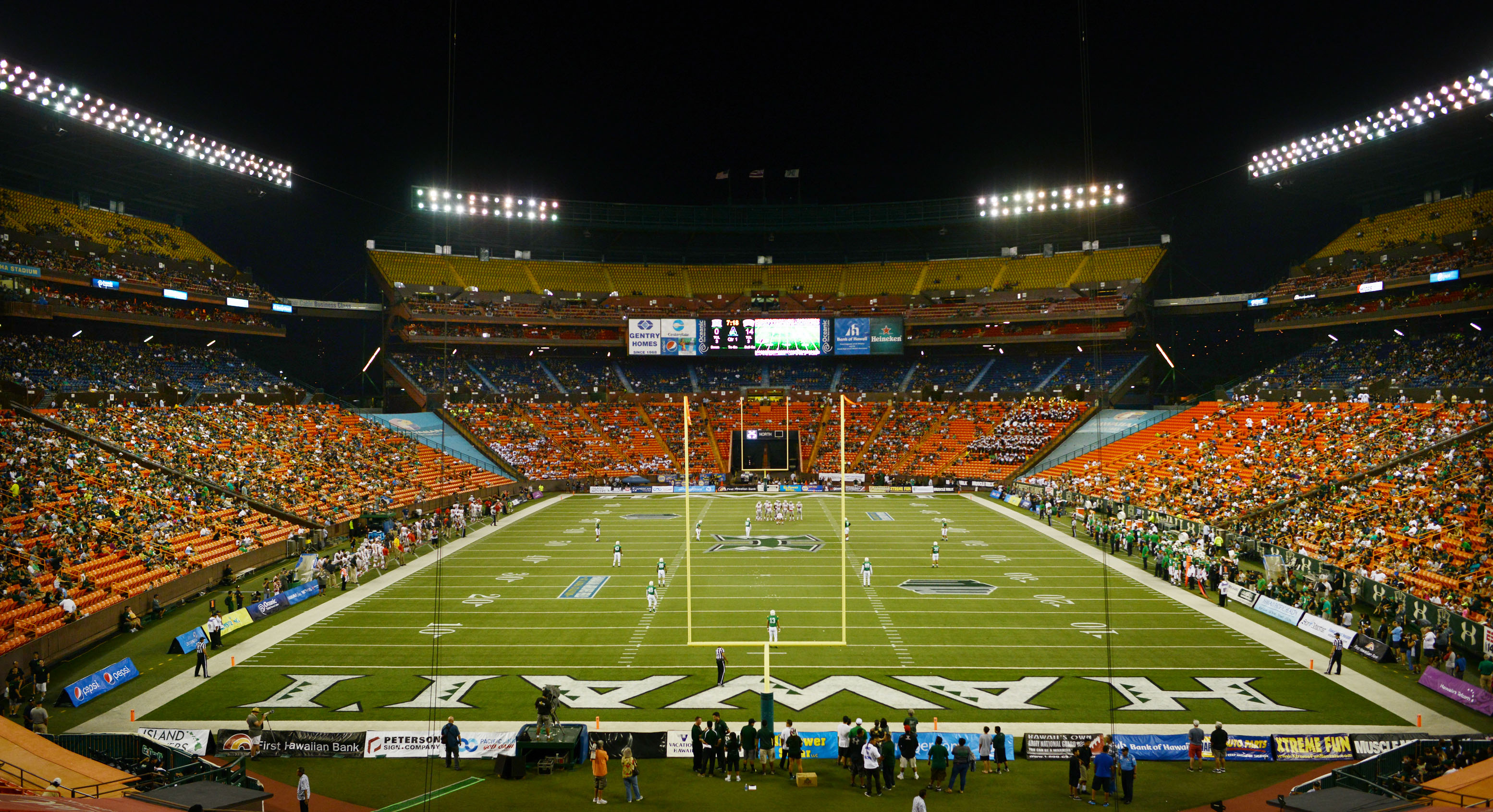 A couple of weeks ago, I was with my family at a Portland Pickles baseball game (name of team mascot dressed as a gherkin: Dillon). The Pickles play in a summer all-collegiate West Coast Wood Bat League with other teams in the Pacific Northwest and western Canada. Think Kamloops Night Hawks.

“For a thousand years,” Ty Schalter writes in the sports journal Bleacher Reports, “every city in the Western world poured all of their wealth, natural resources, artistic vision, civic pride and faith in God into building cathedral churches.

The inspiration for Kevin Costner’s line in “Field of Dreams” is Biblical: “If you build it, they will come.” Noah says it in the Book of Genesis.

Right now, Hawaii is building two stadiums. University of Hawaii football is at the center of both. One, vaguely in the future, is a replacement for Aloha Stadium. It will definitely be a cathedral.

Call it The Stadium of Hopes and Dreams.

The other is the soon-to-open, cute-as-a-button 9,000-plus seater on the Manoa campus that UH has managed to put together on very short notice as a replacement for Aloha Stadium.

Let’s call this campus venue the Mickey Rooney Stadium because it’s not much bigger than Rooney’s aunt’s barn where the kids did impromptu song and dance shows in his Andy Hardy movies.

Walker Stadium fits the Pickles so nicely because the team has no Big Plans. It matches their aspirations as a place where good college players, living with host families, can get their first taste of what pro ball might be like.

That’s not at all the case with the new Hawaii stadiums. They are for big-time sports aspirations. But the cathedral that might satisfy those hopes is not even on the drawing board while the new UH campus stadium, as nice as it will be, can’t even come close.

Small-time venues are for small-time sports—no money, little prestige and a whole different set of experiences. At the big college athletic level, essentially any sport but football, and to some extent basketball, is small-time.

Football produces the revenue that makes the other sports programs possible.

Watching small-time sports is often more about the experience than the game. At that Pickles game, I was so far from the field that I couldn’t even follow the game because we sat alongside many other families at a reserved picnic table way out near the bullpen. Not a place where a baseball fan like me would normally want to watch a game.

But I loved it, as I knew I would. The promotions schtick (I scored a great pair of robin’s egg blue-rimmed retro sunglasses courtesy of Adventist Health), talking to my granddaughter about a thousand things other than baseball and just letting my mind wander. Even the stale peanuts seemed appropriate.

But let’s not let my enthusiasm take us beyond the bounds of realism.

The conventional sports stadium formula is this: small for small, big for big. But UH football will be violating this formula.

It’s going to be a cathedral sport played in a church basement squeezed between the vestments closet and Bible study class.

Quick comparison: If Mickey Rooney Stadium is a sellout for every home game, the total 2021 attendance will be less than 60,000. That is what BYU, one of UH’s biggest rivals, averages for every single game.

For the near and possibly even for the distant future (there is no definite end time because there are no definite big stadium plans), UH will try to sustain a big-time sport in a small-time venue beginning with its September 4th home opener against Portland State.

Right now, athletic department folks act all bright-eyed and bushy-tailed about the wonderful experience of watching your team play on their very own campus. Boola boola, rah rah.

And you know what? They are right. Sitting in that cozy stadium in the quarry way up close to the action with Manoa Valley in the background and a Manoa shower light enough to tolerate but steady enough to cause a rainbow — that’s a good, good day.

But the Bows are not the Pickles. The trouble is that big-time football is not about “the experience.” To see why, let’s consider Portland again.

UH’s home opener opponent, Portland State, is a big school in a city roughly the size of Oahu. But it definitely is a small-time football school that plays its games in a small-time stadium somewhere in the burbs away from PSU’s downtown campus. Average attendance: less than 4,000, not all that much larger than the line at Marukame Udon on an average day in Waikiki.

Portland sports, however, is very different from Honolulu sports. Portland overall is a big-time sports city with pretensions of getting even bigger. It has an NBA franchise as well as a major league soccer team that averages crowds of over 25,000 per game.

It’s going to be a cathedral sport played in a church basement squeezed between the vestments closet and Bible study class.

Some heavy hitters in Portland are trying to get a new stadium built as a way of getting a major league baseball team.  You want to see a cathedral, take a look at this rendering.

The Portland vision is for “an iconic all-wood stadium with unparalleled views of Mount Hood. New residential buildings, restaurants and businesses surrounding an entertainment complex anchored by the stadium, creating an “explosion of job opportunities.”

Sound familiar? It should because it’s so much like the prevailing Hawaii Hopes and Dreams booster vision.

The Sad Life of a Tweener

Hey folks, we are talking about NCAA football here, where the big power schools have managed to rig the system to make it financially harder and harder for programs like UH football to thrive.

The UH athletic program, like almost every other big school program in the country, operates in the red with little chance of getting out.

Rooney Stadium is way too small to generate revenue. The estimate, which seems optimistic to me, is that with this new stadium, UH will lose $400,000 in revenue every year until 2024, the year Hopes and Dreams is supposed to become a reality.

What’s more, the NCAA’s minimum stadium size is 30,000, which Hopes and Dreams Stadium will match, but who knows when? And in Hawaii, it’s not so wrong to add, “if ever.”

Have faith? When it comes to big sports, in the clash between faith and money, money wins.

We are not Portland State, which has a lot of other not so big-time schools to play against. For UH football, it is big time or no time.

The little stadium in the quarry is not going to have the success that Andy Hardy’s auntie did.

We are in a pickle. 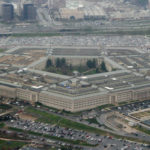 The Pentagon's Budget Is Far Too Large

How is the UH going to retain their FBS status by averaging 15000 fans over a 2 year period if TC Ching Field only holds 9000? Maybe the NCAA is not enforcing this requirement.

My request is that there be a final concert in an empty Aloha stadium with AC/DC playing Highway to Hell on zoom for the final song and with the stadium being blown up by the guns of the Missouri for the filming of Battleship II.

Lets get this straight! The State was in charge of the stadium and did not handle maintenance well! From the beginning, it had flaws in design! the next stadium needs to be a KISS version,"Keep It Simple Simon"