Nearly 30,000 people in Hawaii suffer from Alzheimer’s. A new treatment for the disease is causing significant protest in the scientific community. 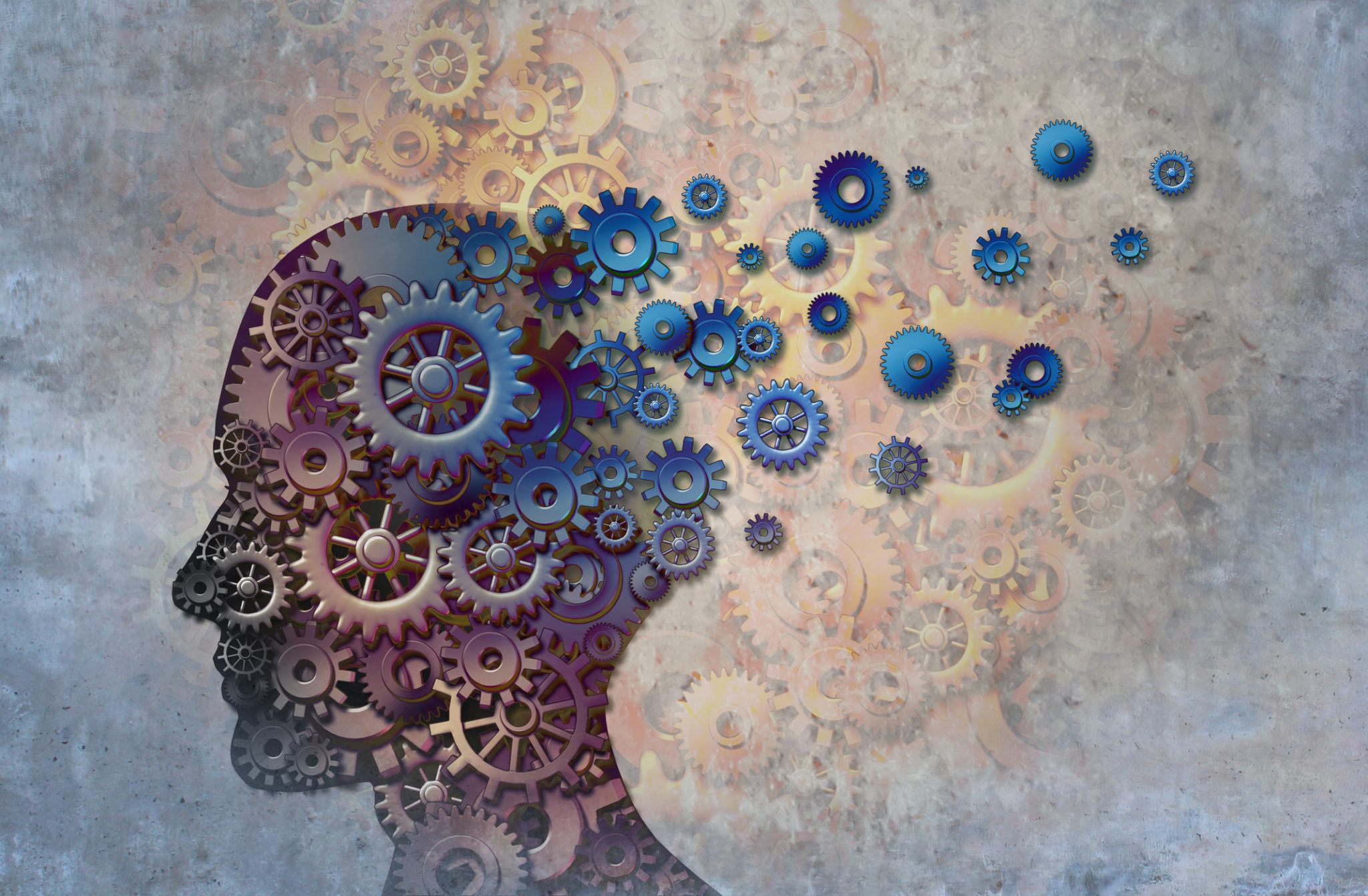 On June 7 the Food and Drug Administration approved the use of Adulhem, a new Alzheimer’s medication.

The FDA considers Adulhem a breakthrough drug that will go on the market in the next few months.

So now the next step for people who want to get it and doctors who want to prescribe it is to, as they say, “follow the science.”

Good luck. It’s way more complicated and a ton more problematic than that because, strictly speaking, in this case there is no “science” to follow and because it is about way more than just the science.

That’s partly because the scientific data supporting Adulhem is weak and tentative. There are serious competing hypotheses about the causes of Alzheimer’s that, if they are correct, make the new drug far less relevant.

Finally, and for very good reasons, there is more involved here than science.

“Follow the science” is hardly ever a useful formula for anything, really. It’s just a slogan. And like any slogan, it is an oversimplification of real life, as it has been in the response to COVID-19.

“Follow the science’s” pithy simplicity mischaracterizes science overall, which is all about complexity, re-examination and doubt. As Albert Einstein said, science proceeds as a series of mistakes.

A good scientist would be the last person to subscribe to the simple faith that “follow the science” implies. The only thing cut and dried in a science lab is an old piece of pizza that a postdoc forgot to put back in the fridge.

There are also some important issues particular to the way Adulhem was approved that show how limited “follow the science” is in this case.

To understand this, you need to understand both the data and the context in which FDA made its decision.

The Suffering Caused By Alzheimer’s

Consider Hawaii. Close to 30,000 people in Hawaii suffer from Alzheimer’s disease. Another 65,000 are family and friends who take care of them, mostly at home. That’s close to 7% of the state’s population who either have the disease or are involved with it in a very intimate and exhausting way.

The percentage of people with Alzheimer’s is going to go up considerably in the next few years because the state’s population is aging and of course Alzheimer’s is mostly an older person’s illness.

The disease is chronic, emotionally decimating and often fatal. There is no cure. People in the prime of life often have to quit their jobs in order to take care of an Alzheimer’s parent.

Next to cancer, it’s the disease the elderly fear most. The two things aging old folks worry most about are loss of independence and declining health. Alzheimer’s is a frightening one-two punch of both.

The few drugs available have very little effect even in slowing down the disease. Really, nothing works.

So, when a scientific regulatory agency lends its prestige and authority to a new drug, imagine how that must feel for people with the disease (if they are still sufficiently aware) and their families.

And whatever the norms of science, the FDA does not operate in a vacuum. It operates in a mix of science and sympathy.

The FDA used its Accelerated Approval Program to allow for earlier approval of drugs that treat serious conditions and that fill an unmet medical need. It decided to do so even though the results of the two key research studies were mixed.

Only one showed a reduction in the protein that, according to one hypothesis, causes the disease. Neither showed that the drug actually improved a sufferer’s cognitive abilities.

It appeared to work only with patients in the early stages of the disease.

But, according to the agency, the protein reduction was an indicator that a person’s cognition would improve in the future, what the agency calls a surrogate result.

It’s a valid surrogate only if the FDA-approved theory is right about the protein. Many serious researchers not only have little confidence in this theory, they think Alzheimer’s is caused by something else. What? That’s unknown, but they question the protein hypothesis because it is unproven.

That is the heart of the conflict. No one among the physicians or brain specialists on the agency’s Peripheral and Central Nervous System Drugs Advisory Committee agreed with the FDA.  All but one voted not to approve the drug. The other member was “uncertain.”  That’s zero for, 10 against, and one more or less abstaining.

As far as the committee was concerned, the data were nowhere near conclusive enough to approve the drug because, to put it simply, there was no good evidence that it worked and good evidence of serious side effects.

There was, they thought, no reason to have so much faith in the link between protein reduction and cognitive change.

Many experts agreed with this committee.

The FDA almost always follows the recommendations of these expert advisory panels even when the votes are closer. The panel members did not just quietly object and go home. A couple made their objections public. Some have resigned, calling it a “sham process” and “a mockery.”

To these critics, the FDA violated scientific fundamentals by showing much too little doubt.

A powerful Congressional Committee plans to investigate the FDA’s decision.

So, what is the science that doctors or patients need to follow? That question is too narrow.

The FDA approval process was not just about science. Its critics see this as a bad thing, and it is if you consider only the norms of science.

As a patient or a doctor, you can decide to follow the science, but which science? How do you decide with such limited and contested information?

The difficulty is that it’s also about suffering. In its defense of the drug, the FDA also talks about how many people suffer from this awful, incurable disease.

Though the agency does not come out and say this, it is very likely that that played a role in moving their approval forward.

Not surprisingly, both the AARP and the national Alzheimer’s Association have a lot to say about the new drug. The AARP has been cautiously optimistic about Adulhem.

The Alzheimer’s Association has gone all out, calling it a new day and a victory for patients and their families.

It’s not part of FDA’s explicit mission to weight people’s suffering when it assesses the data. But it’s hard to believe that they do not: millions of people are suffering, nothing else works, it’s worth taking the risks.

That’s an understandable, maybe even realistic position but not necessarily a science-based one.

As a patient or a doctor, you can decide to follow the science, but which science? How do you decide with such limited and contested information?

There really is no definitively right answer. Any doctor who expresses a lot of confidence is going beyond what the science tells us, but any doctor who simply refuses to consider the passionate requests of a patient or family member is not much of a physician.

These conversations are not likely to be simply about strength of the data. It’s also at least implicitly about taking a chance because otherwise an Alzheimer’s sufferer is doomed.

Ultimately, the conversations will involve science, but as part of a broad mix of ethical and moral questions about suffering, hope, risk, and rewards.

“How good is the data” mixing with “she no longer even recognizes us. We don’t know what to do.” 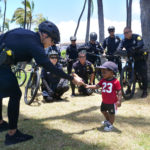 Seems as though the drug company put a lot into the lobby machine or something. The real loser is the disappointed Alzheimer patients and family who are given more hope than the drug can deliver. Theres huge bucks in an Alzheimer drug, like the ones already on the market such as Namenda/Memantine and Aricept.  These drugs are symptomatic treatments and need ongoing use, not curing the disease.

I have been skeptical about the FDA ever since Rumsfeld gave the nod to Aspartame. Regulatory capture at it's worst.

That was a really good review of the issues, except, you left out the big elephant in the room: cost. At $56K annually (not including all of the scans that are required!) this drug is not cheap and, given the number of people with ALZ, Medicare's trust fund will be wiped out very quickly, leaving it to Congress to finance the shortfalls in Medicare.Were it effective, the price tag would be worth it. It's not very effective, even with the drugmaker's finagling of the statistical analysis, making it a waste of money that will drain the coffers of Medicare. Worse, it'll encourage other drugmakers to revisit their statistical analysis to push barely effective drugs through to treat ALZ.