Two recent surveys show widespread support for the overhaul of an industry many feel is out of control. 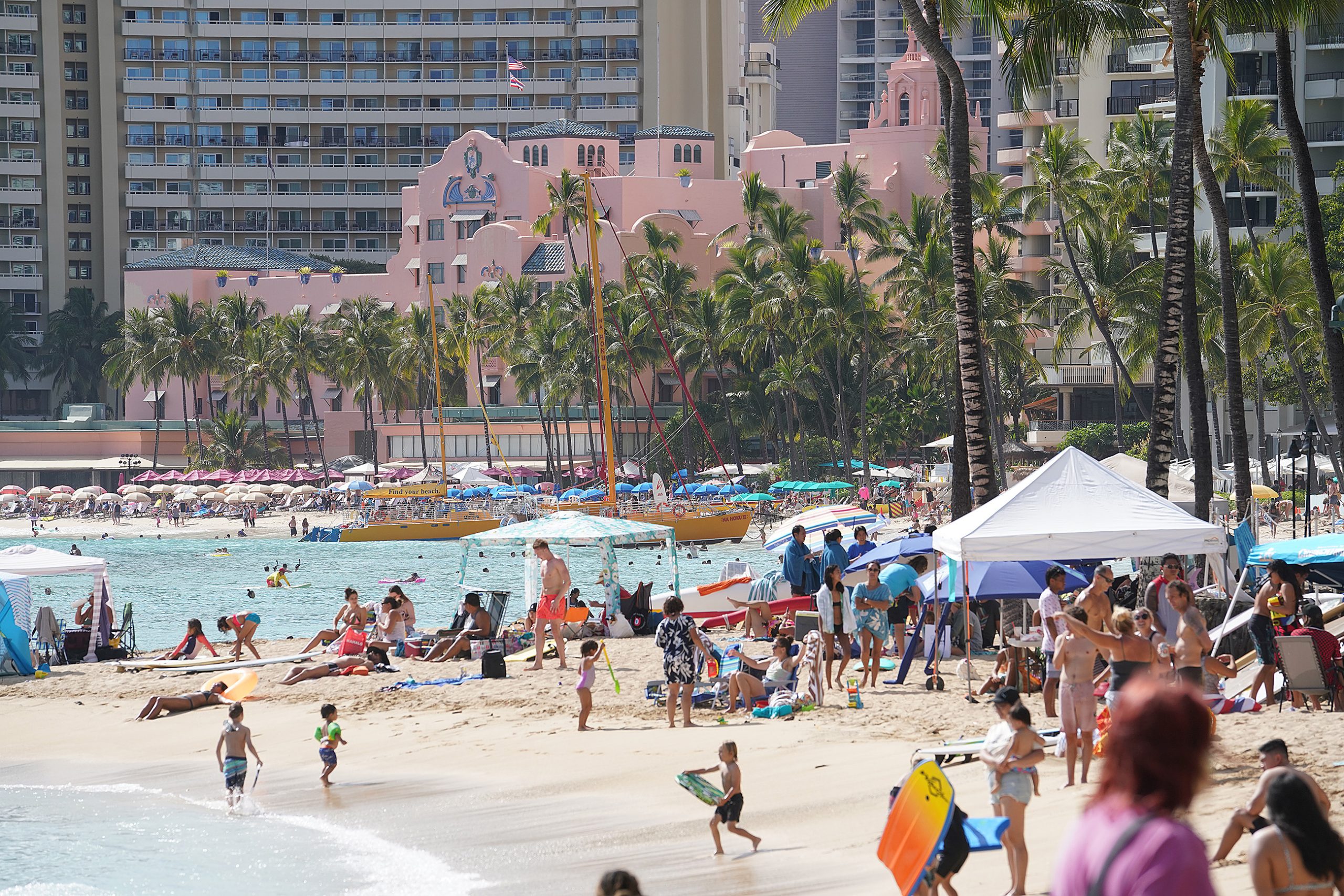 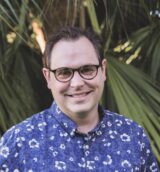 Colin Moore is director of the Public Policy Center at the University of Hawaii at Manoa and co-authored the UH PPC survey report referenced here. 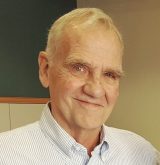 Hawaii wants better tourism management, but what immediate actions do residents most support? And is the Hawaii Tourism Authority the best management agency for the long term or should management fall to some other entity?

Those two questions are related. We might luck into better tourism with differing government offices and lawmakers taking independent actions. But there are obvious risks without a system of overall planning and coordination that the entire community accepts and trusts.

What Types of Management Do Residents Most Want?

Some answers to that question exist in the overlapping findings of two statewide resident surveys conducted this spring:

Both found that regulating illegal vacation rentals and educating visitors to be more respectful of Hawaii’s land and culture were key preferences. Both also found strong resident desire to control congested parks and trails via user fees charged to visitors.

The responsibility for undertaking such actions cuts across many state and county agencies. Unless actions are coordinated, we face a mishmash of new rules and programs that will confuse visitors and lead to less effective enforcement.

How to Do Better?

The two surveys asked this question in different ways, but some common threads emerge in both reports.

HTA asked about seven possible management strategies. The highest-ranked of these was “Educate visitors and residents to malama the islands and each other” (67% strongly agree and 21% somewhat agree).

Both surveys asked about vacation rentals, again with similar results. In our PPC survey, we found a total 76% in favor – including 47% strongly in favor –  of regulating vacation rentals outside resort areas (numbers, location, size, parking, etc.).

However, our survey found opposition increased dramatically when we asked respondents if they would be willing to pay a smaller fee (57% opposed) or the same fee as visitors (78% opposed).

We also found strong support for requiring tourists to make advance reservations at parks and for charging rental cars a fee to use roads at peak times – but, again, not if residents must do the same.

In another question, residents tended to hold the growth of tourism responsible for crowding on our islands, even though in absolute terms the resident population has grown faster than visitor counts since 2000.

What Else Do Residents Care About?

Our PCC survey found 52% wanted government to limit numbers of visitors overall “if possible,” but a different question found 57% thought it better to focus on managing particular crowded attractions.

HTA found majority support but some opposition to designating resident-only days of the week at some state parks, beaches and trails (38% oppose, 57% favor). We didn’t ask about this idea in the PPC survey and remain curious about its legal and political feasibility.

However, we did find high support (79% favor) for regulating commercial tour operations in parks or on other publicly owned land.

In terms of core values and principles, we found residents gave particularly high support to:

Together, these surveys show residents largely support principles of regenerative tourism, a concept recently adopted by the HTA to manage the visitor industry in ways that improve natural and cultural resources.

What Tourism Governance Model Do We Want?

Due to the explosion of tourism everywhere, across the globe what were once destination marketing organizations are being converted into destination management organizations. New models are emerging, and community input may become more abundant.

In our view Hawaii’s own destination management organization, the Hawaii Tourism Authority, should not be lightly set aside. Its new strategic plan focuses on management, its new staffing pattern further emphasizes management over marketing, and over the past year it has produced full or draft Destination Management Action Plans for each county and island.

These action plans were produced by various steering committees each composed of about 20 members – from government, industry and environmental/community groups – that will try to implement some of the more specific action goals over the next three years.

But in the public mind, HTA is still associated primarily with marketing. It lacks authority to assure other agencies or the industry itself would follow any overall statewide tourism plan.

It has long had an uneasy relationship with elected legislators, who have now overridden a gubernatorial veto, slashed its budget and eliminated funding without annual legislative approval.

Our PCC survey found scattered public opinion about whether HTA is on the right track or should be changed. Just 14% would leave it as is. A 35% plurality would give it more authority for management functions, but 24% would keep HTA just for marketing and scatter management among other agencies. Only 9% wanted no agency for marketing or guiding tourism here.

In a recent article, Jonathan Tourtellot notes that strategies like visitor education and controlling access to key sites are popular short-term solutions being implemented around the world, often without changing governance systems.

Tourtellot sees this as a weakness, because most conventional destination management organizations or other public agencies are not equipped to effectively manage a diffuse industry that sells “a holistic product: the place.”

Tourism needs coordinated attention from a range of agencies and actors that often have conflicting or competing missions. And destinations are increasingly creating various types of collaborative networks for tourism decision-making.

To implement its 2015 tourism plan, Iceland created a task force chaired by the tourism minister but also including the ministers of environment, transport and finance, as well as city leaders and tourism companies. By contrast, HTA couldn’t implement past ambitious plans that required help from local networks because it had no such coordination method or executive authority.

Along with Iceland, Oregon has created broad regional tourism alliances – at a level equivalent to our counties or islands – with more community-level input and their own staffs and plans. HTA’s action plans seem a first step in that direction.

At the level of overwhelmed parks or natural sites, Hawaii has many nonprofits or informal community groups dedicated to caring for particular places. Some of the most ambitious are Kauai’s Hanalei Initiative and The Kohala’s Center’s Kahaluu Beach Park programs, but Oahu alone has multiple initiatives ranging from the Save Sharks Cove Alliance to the Ewa Limu Project to Friends of Kewalos and Malama Maunalua.

Just linking these together could be a major step toward community-based management of tourism’s impact on sensitive natural sites.

Tourtellot champions “destination stewardship councils” that include wider community representatives. He notes few places actually have such models, but one key example is Barcelona in Spain.

Created in 2016, the Barcelona City and Tourism Council describes itself as “a debating forum” that includes members of residential district councils, academics and industry experts, as well as representatives from business, labor and environmental groups. Although council recommendations are not binding, several related to transportation and management were adopted.

Something like the Barcelona council could be popular in Hawaii. One final PPC survey question asked about establishing a permanent tourism advisory council here. There was caution – 45% said “depends how it’s done” – but two-to-one approved. Among those who approved, 65% favored an elected rather than appointed system.

We’ve entered a new era of tourism, yet Hawaii lags behind other major destinations. If we’re going to meet the challenges of over-tourism, we need to explore what other destinations have done and understand which models are worth adopting here.

And we must review these options with frequent community and industry input.

HTA was created by the Legislature in the 1990s as part of a restructuring of tourism marketing. We urge the Legislature to again take bold action, but this time to support a new social contract on tourism management.

John Knox was an HTA consultant on recent strategic plans but here expresses his own opinions. 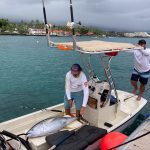 Colin Moore is director of the Public Policy Center at the University of Hawaii at Manoa and co-authored the UH PPC survey report referenced here.

This seems far too tepid to me. Tinkering with "business as usual" alone will not reduce the problems of over-tourism, IMO. As I have said many times, far too much wealth and income generated by tourism--and the local economy in general--is exported to absentee owners, while what remains is too concentrated in too few hands. For at least 30 years, local poverty, inequality, and homelessness have increased at the same time the visitor industry continued to break its own record-high visitor count and spending levels.So just two of MANY ways we could gradually "re-localize" and better democratize ownership of locally-produced wealth and income follow: 1) Increase the tourism tax until we FINALLY get fewer but higher spending visitors, and return the extra tax revenue directly to Hawaii residents in the form of a Universal Basic Income, similar to Alaska's 40+ year old Permanent Fund.2) Increase state government's match of long-existing (since the 1970s) federal tax incentives for businesses which share profits and also ownership with local employees. This could gradually increase local living standards and quality of life with fewer visitors and less indiscriminate growth.

Not surprising that the HTA survey emphasizes eliminating vacation rentals and appears to blame their existence for all the over tourism woes.  That directly correlates with the fact that they directly compete with hotels for tourism dollars.  It appears to me that the hotel industry led by the veteran politician that brought us rail, has targeted vacation rentals because they put a dent in corporate profits that otherwise get siphoned off island.  Fact is vacation rentals are popular around the world because they offer a sound alternative that hotels can't provide and are here to stay.  The issue I have is what has the hotel industry done over the last 75 years to improve Waikiki and Oahu in general?  Aside from taxes paid, has the industry attempted to self regulate and/or improve the visitor and local experience?  Rather than lay blame on local rentals, the spot light should be on the most powerful private lobby in the legislature.  It's bad enough that Hawaii was again ranked last, as a place to do business because of high taxes and government regulation.  With the billions made every year, it's time to put something back into the a'ina they sell for profit.

52% wanted government to limit the number of visitors if possible.  It's possible.  Raise the Transient Accommodations Tax to $100 a day.  If that doesn't work, raise it to $200.