The requirement to transfer leased agricultural and pasture lands to the Department of Agriculture has been in place for decades. The state needs to finally do just that. 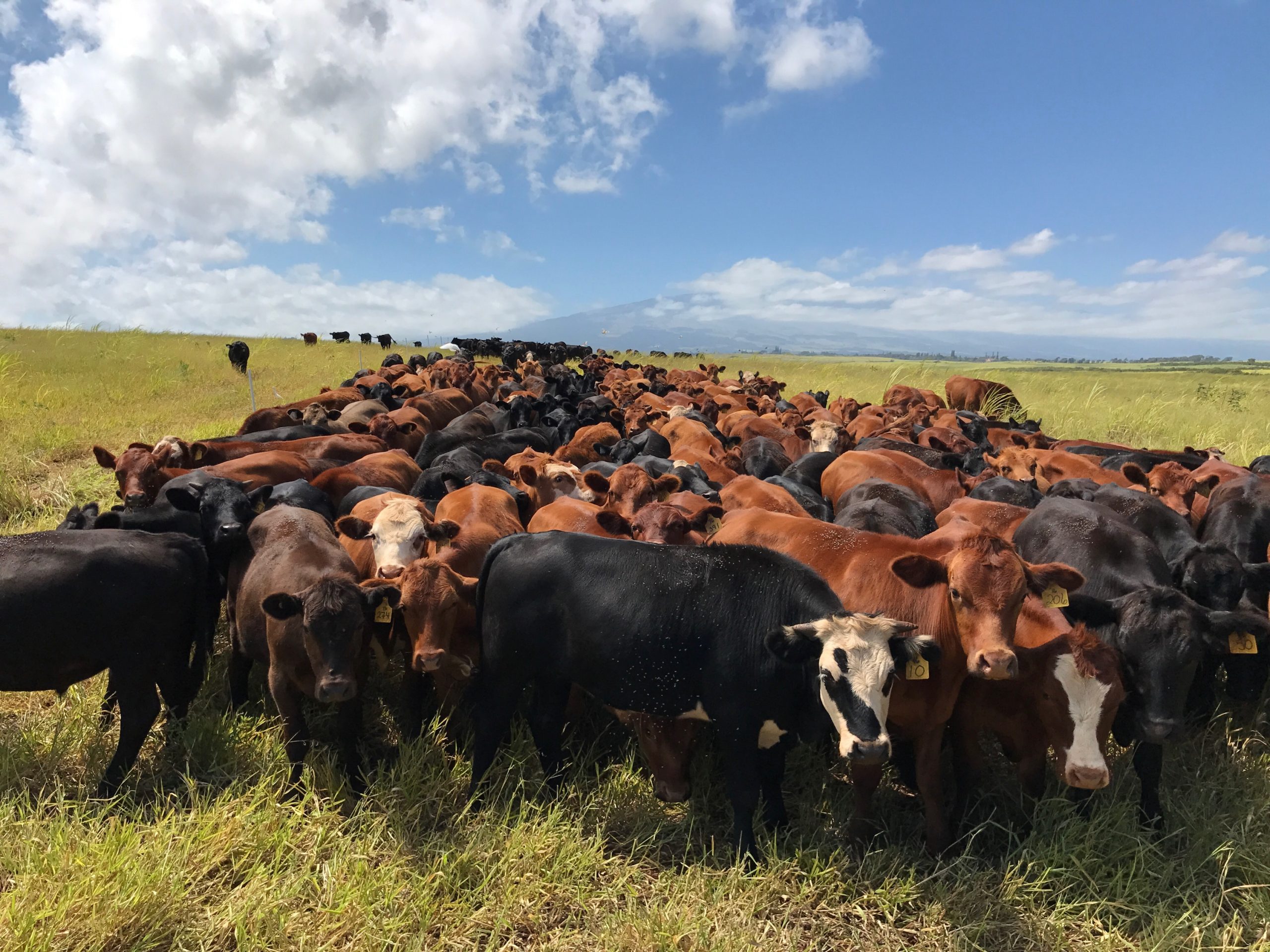 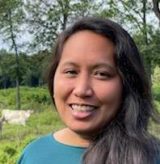 Nicole Galase is the managing director of the Hawaii Cattlemen’s Council.

In 2003, Hawaii’s Legislature passed Act 90. Its intent was clear: to ensure the long-term productive use of public agricultural lands. Act 90 directed the transfer of state-owned agricultural leases to the Hawaii Department of Agriculture. The goal was to provide farmers and ranchers with the security that their leases would support continued agricultural production.

To put things in perspective, DLNR currently manages 1.97 million acres in conservation, which is 48% of the state’s land mass. The mission of DLNR is to “enhance, protect, conserve and manage Hawaii’s unique and limited natural, cultural and historic resources held in public trust for current and future generations of the people of Hawaii nei, and its visitors, in partnership with others from the public and private sectors.” Nowhere in that mission is DLNR charged with supporting food production.

Quite understandably, the HDOA is set up to support agriculture, with a mission “to further expand the role of Hawaii’s agricultural industry to benefit the well-being of our island society by diversifying the economy, protecting resources important for agricultural production and gaining greater self-sufficiency in food and renewable energy production.”

This is exactly what Act 90 was trying to get at when it facilitated the transfer of agricultural lands to HDOA — a simple solution for ensuring that those who are leasing lands for agricultural activity are supported for long-term productive use of the lands. HDOA lease terms are appropriate for agriculture based on production, with longer terms to accommodate planning required for agriculture and prioritized for producing food.

A Decrease In Ranch Lands

In 1937, Hawaii had over 2 million acres in grazing on public and private lands. By the 1980s, the amount of land in pasture in the state was 1.1 million acres. In 2015 that number was just over 750,000 acres. Today, a full census is not available, though HDOA reports a 412-acre increase in pasture on Kauai, a 429-acre decrease on Oahu and a 2,202-acre decrease on Hawaii island due to inactivity and conversion to other uses.

Hawaii’s ranchers hold the basics of life close: their relationships with each other, the land and the community. Some have taken over land leases that their parents started, and some are first-generation ranchers who want the land they are working to stay in active production after they’re gone.

DLNR has indicated a willingness to transfer some acreage to HDOA. But it has 68 leases, representing 77,200 acres, that are not scheduled for transfer. The terms of those leases vary, but 70% of them are 30-day revocable permits. The few ranchers fortunate enough to have general leases have terms that vary from 20 to 55 years, but 84% of those general leases are coming to the end of their terms in the next decade.

And if leases are revoked and day-to-day management of land ceases, even if a lease is later renewed, it is difficult to later go back and revive the land to working order.

When ranchers were asked how they would benefit from having their leases transferred to the HDOA, the common thread was very clear. By transferring leases to the appropriate agency for agriculture, ranchers would have the confidence to make long-term improvements to the land and ensure that ranching would continue.

Many have made costly improvements to land or water infrastructure and roads even under short-term leases, despite the risk. A survey of seven leaseholders showed they had collectively invested over $3 million in water infrastructure, almost $3.5 million on weed control and several hundred thousand dollars in soil amendments.

That water infrastructure has proven vital for controlling wildfires, and weed control and soil improvements fit well into the DLNR’s mission — a mission DLNR has limited resources to accomplish.

How Much Food Are We Talking About?

Tracking food production on a large scale is not simple, but it is something that we need to improve so we can understand the landscape.

In one lease example we looked at, the ranch produced enough beef in one year for 2.8 million school lunches through the Aina Pono program.

In another lease, the ranch produced enough beef for 460,000 school lunches in one year.

Some ranches do raise calves to send to the mainland for further growth and slaughter (what’s referred to as a cow/calf operation). This is due to many factors, including land and forage type, processing capacity and confidence in land tenure. It also allows for flexibility during drought.

Even when ranches operate in the cow/calf model, they still provide beef locally when they process their older cows and steers here for consumption. All the while, the management of herds continues to provide ecosystem services – using cattle to increase soil health and rotational grazing to sequester carbon.

Raising an animal on grass all the way through processing in Hawaii currently comes with 60% higher expenses compared to sending a calf to the Mainland, even when transportation is factored in. In a survey of ranchers in 2019, many wanted to increase the number of cattle kept in Hawaii for local consumption.

DLNR’s goals and lease requirements for conservation can be reached under HDOA leases.

Well-managed rangelands can sequester carbon while at the same time producing food.

Rotational grazing and regenerative ranching can sequester carbon underground where ranchers are actively working. This underground storage of carbon is more stable than above-ground storage, and rangelands store a higher proportion of carbon below ground than other ecosystems.

In well-managed pastures, Hawaii’s ranchers are also working to remove invasive species and control wild ungulates on the lands they are leasing.

When normal life came to a halt due to the COVID-19 pandemic, ranchers quickly adjusted to continue their operations while keeping their personnel safe. The nature of livestock production meant they had beef ready to provide to the community. This is the type of resilience we need in an island economy that is susceptible to disruption.

The state wants to increase local food production. The transfer of agricultural lands to the Department of Agriculture is a logical step to ensure that agriculture is supported. 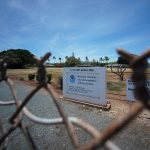 Nicole Galase is the managing director of the Hawaii Cattlemen’s Council.

How about a little more discussion about actually growing food on ag land? Cattle ranching on public lands is not necessarily the best use for those lands. It often entails already wealthy individuals with connections in government or one of it's administering agencies being 'granted' pasture leases, or, basically, having their 'business' subsidized by the rest of us to some extent. Beef is certainly not an appropriate 'replacement' for 'big sugar'.

We don't need any more cattle grazing lands, people. Just as we prevent kids from smoking, drinking, smoking weed, we should also prevent kids from eating beef. Yeah, controversial topic but worth discussing. There are plenty other protein sources which don't require clear-cutting forests, pesticides, fertilizers, steroids and hormones, animal cruelty, methane gas emissions, elevated cholesterol, amyloid plaque buildup in the brain, do I need to go on? Eating industrially farmed meat and calling it an extension of natural evolution is like carrying a gun and killing people you disagree with, calling it a natural process. Are people with guns technologically superior to those without guns? Species inequality and our perceived "human superiority" will be a proximate cause of humans downfall. Indigenous peoples recognized that a life was being taken to ensure human survival- that's why they had rituals around hunting and feasting. Nowadays we love our dogs and cats, and post pics of ourselves rescuing wild animal babies, all while nonchalantly ordering the sashimi or wagyu that we played zero role in housing, feeding, killing, cleaning, or otherwise preparing.