A UH economist argues that our government has too often fallen short in handling the visitor industry. 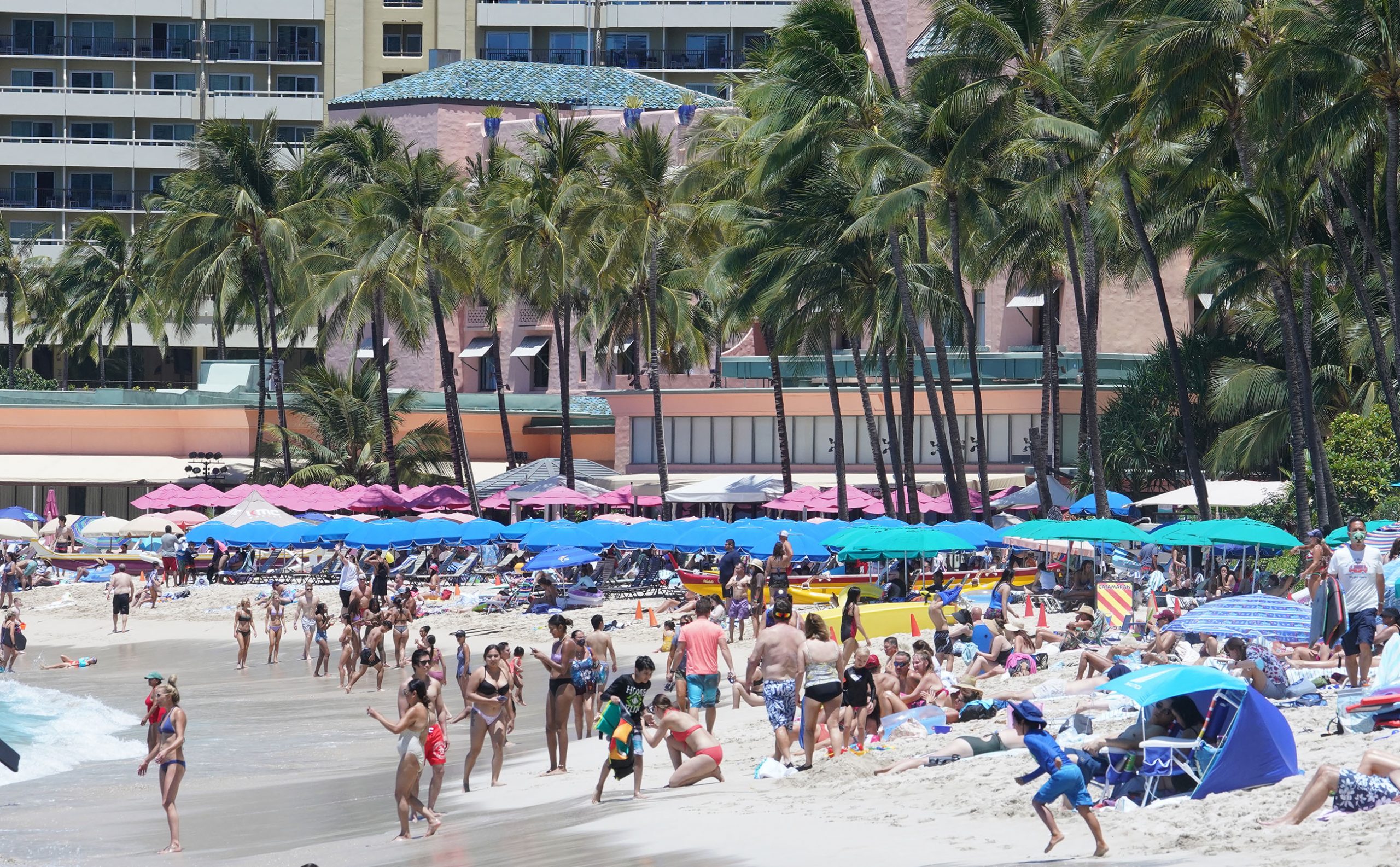 Is Hawaii properly managing its position as a visitor destination?

That question has been debated for decades, and it came to a head of sorts this year when the Legislature changed the funding mechanism for the Hawaii Tourism Authority, the quasi-autonomous agency founded in 1998 to manage tourism responsibly.

The veto override this summer of House Bill 862 was a victory for lawmakers who have long scrutinized HTA’s operations but a setback for the agency and industry leaders, who fear it will increase costs for travelers and ultimately hurt the state and counties.

But the issue of managing tourism goes deeper than that. A little noticed paper from a University of Hawaii Manoa economist, posted in June on the the University of Hawaii Economic Research Organization’s website, concludes that state leaders appear to have “reached an impasse” in deciding how to best manage what the author calls Destination Hawaii.

Among many things, the paper addresses HB 862, Covid-19’s devastating impact on tourism, the HTA’s origins and its recent leadership.

Before the impasse becomes too entrenched, author James Mak argues, “perhaps it is time to bring in outside expertise to provide an independent evaluation of the situation and offer suggestions/options on how the state might move forward.”

That person or group should be someone “who has knowledge of tourism, understands and is committed to the principles of sustainability, and has had a lot of experience studying how other destinations have successfully managed their destinations.”

Mak, a UHERO research fellow and emeritus professor of economics, has his doubts that it will happen.

Outside of internal talks with colleagues like Sumner La Croix and Carl Bonham, as well as a few folks outside the university like economist Paul Brewbaker, Mak tells me he didn’t hear from any lawmakers or industry leaders about his paper — although he is told that the folks downtown do pay attention, just quietly. Few people even bother to comment at the end of the articles, either.

But Mak’s paper and others like it — including a second one by Mak that I will address in a moment — are very much worth reading and discussing as we grapple as a state with our lead industry once again in possible peril, given the rising Covid cases, the lackluster pace of vaccinations and our own governor telling the world to stay away from the islands.

Mak argues that, beginning in 2009, Hawaii enjoyed “an uninterrupted string” of visitor arrivals but that visitor spending was falling way behind. The result has come at a great social cost — “increasing congestion of beaches, highways, natural resources, and other attractions.” HTA’s own annual resident surveys “reveal community support for tourism was waning.”

“It became increasingly clear that tourism now required more direct government oversight and intervention,” he states. A laissez-faire model of tourism development just isn’t working for the benefit of the local community.

But, in spite of growing public pressure on government to “do a better job of managing Destination Hawaii,” multiple state and county agencies, nonprofits and non-governmental organizations involved in the visitor industry make it very difficult to do things better. What’s needed, Mak, Brewbaker and marketer Frank Haas wrote in a 2019 paper, is “a new management model” able to manage tourism across jurisdictions, agencies, functions and stakeholder groups.

Mak expands on that idea in his most recent paper. The model needs three things: authority to act, sufficient resources to implement actions and a long-term strategic plan — a sort of super-HTA.

But the HTA as currently configured and funded does not have the first two tools at its disposal and, while it has adopted long-term strategic plans over the years, they cannot be implemented without buy-in from multiple stakeholders.

Mak says that is the case with HTA’s proposed Destination Management Action Plans (DMAPs, as they are called) for the four counties.

The inability of Hawaii to manage Destination Hawaii holistically “is not the fault of any single organization/institution,” Mak explains. “It is a failure of governance.”

Mak sprinkles his papers with lots of historical nuggets that add context.

For example, as noted in the 2021 paper, the Boeing 707 first flew to the islands in 1959, followed by the Boeing 747 jumbo jet in 1970, which made it far faster and less expensive to travel here. Deregulation of the U.S. airline industry in 1978 brought even more carriers.

That I already knew. This I did not: After the Tokyo Olympics in 1964, the Japanese government began to allow its citizens to take leisure trips abroad. By 1976, it lifted all currency restrictions.

By 1992, Japanese visitors comprised one-fourth of all arrivals. In December 2019, according to HTA data, they represented about 15% of total arrivals by air, behind only the U.S. West and East but ahead of Canada. Japanese tourists also spent more money than American and Canadian tourists.

Because of the pandemic, however, that market has all but disappeared (for now).

Oddly, for all of its centrality to Hawaii, little was written about the development of tourism policy until after World War II and statehood, when mass tourism developed. Mak tells me he was inspired to do the work himself after attending a funeral where Dore Minatodani, a senior librarian at the Hawaiian Collection at the University of Hawaii Manoa, told him that she was always fielding requests for more information about the history of tourism.

You can find much of Mak’s work on the UHERO website. It includes the 68-page “Creating ‘Paradise of the Pacific’: How Tourism Began in Hawaii,” which he wrote in 2015.

The article recounts the early years of tourism in Hawaii, from about 1870 to 1940. There is too much great stuff in the paper to share here. But here are a few factoids:

Mak reminds us that Lorrin A. Thurston, a lawyer, publisher of the Honolulu Advertiser and businessman best known as one of the leaders who orchestrated the overthrow of the Hawaiian Monarchy, “was also a champion of tourism.”

His direct involvement in formally promoting tourism illustrates the early role of local businesses, many that benefited financially from such connections.

It’s also clear from Mak’s 2015 article that, for all the change Hawaii has seen, much is the same.

Thrum’s Annual of 1881, as an example, noted that “we import nearly everything that we eat, drink, wear, or use, and San Francisco is our principal source of supply. We are producers and exporters of sugar, rice, and a few other minor articles, but importers of all else.”

Mak also observes that “the need for economic diversification was aired publicly as early as 1885.” The volatility of the sugar market showed that there were severe consequences of having “all our eggs in one basket.”

Diversification at the time referred to finding other agricultural commodities to export, but only pineapple succeeded in that regard. Today, of course, sugar is gone and pineapple is in limited production. And tourism is king, for better and worse.

I asked Mak about the news of the week, specifically Gov. David Ige’s urging tourists to stop coming to Hawaii until Covid-19 passes and the return of Oahu restrictions on gatherings.

“I am sad that we have to come to this state and that we are even thinking about shutting down again. I think it is depressing,” he said.

But Mak also hopes more people will read his work and consider his policy recommendations.

“These pieces give a pretty good snapshot of how, even in the 1870s, some of the same questions were being raised about the proper role of government in promoting tourism,” he said. “I don’t know for sure how much influence these papers have had, but I am an academician. For me, much of what I do I do to satisfy myself. Because of my own intellectual curiosity, it has made my life much richer in Hawaii. You will have a much better appreciation of how things actually worked in Hawaii.” 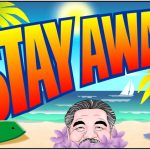 You are seriously naive if you think our local government is up the task of implementing any new plans. There are plenty of smart people in Hawaii however their voices are drowned out by the special interest groups and a weak divided government and unions hell bent on protecting civil service jobs. The same group that canât even keep critical computer systems updated which exacerbated the unemployment insurance fiasco , department of taxation , department of health etcâ¦.?  We canât even collect data which is key to making proper decisions . The failure to maintain our technology is almost criminal negligence. . I wonât even start with the cityâs incompetence.  Governance is becoming exponentially harder as our local population increases , tourism grows and we spend foolishly on a rail system that will be obsolete by the time itâs finished. Unfortunately we lack the leadership to give anything other than lip service instead of the heavy lifting required for us to meet the challenges of the future.

A "super" HTA seems far too tepid to me and, alone, will not reduce the problems of over-tourism, IMO. As I have said many times, far too much wealth and income generated by tourism--and the local economy in general--is exported to absentee owners, while what remains is too concentrated in too few hands. For at least 30 years, local poverty, inequality, and homelessness have increased at the same time the visitor industry continued to break its own record-high visitor count and spending levels.So just two of MANY ways we could gradually "re-localize" and better democratize ownership of locally-produced wealth and income follow:1) Increase the tourism tax until we FINALLY get fewer but higher spending visitors, and return the extra tax revenue directly to Hawaii residents in the form of a Universal Basic Income, similar to Alaska's 40+ year old Permanent Fund.2) Increase state government's match of long-existing (since the 1970s) federal tax incentives for businesses which share profits and also ownership with local employees. This could gradually increase local living standards and quality of life with fewer visitors and less indiscriminate growth.

Great read! Very interesting. Food for thought that won't be consumed by the legislature, I'm sure.