Denby Fawcett: The Pope Says Getting Vaccinated Is An 'Act of Love.' He's Right

People have the right to refuse to get vaccinated. But that leaves them with a moral responsibility to give up many daily freedoms to prevent the spread of Covid-19. 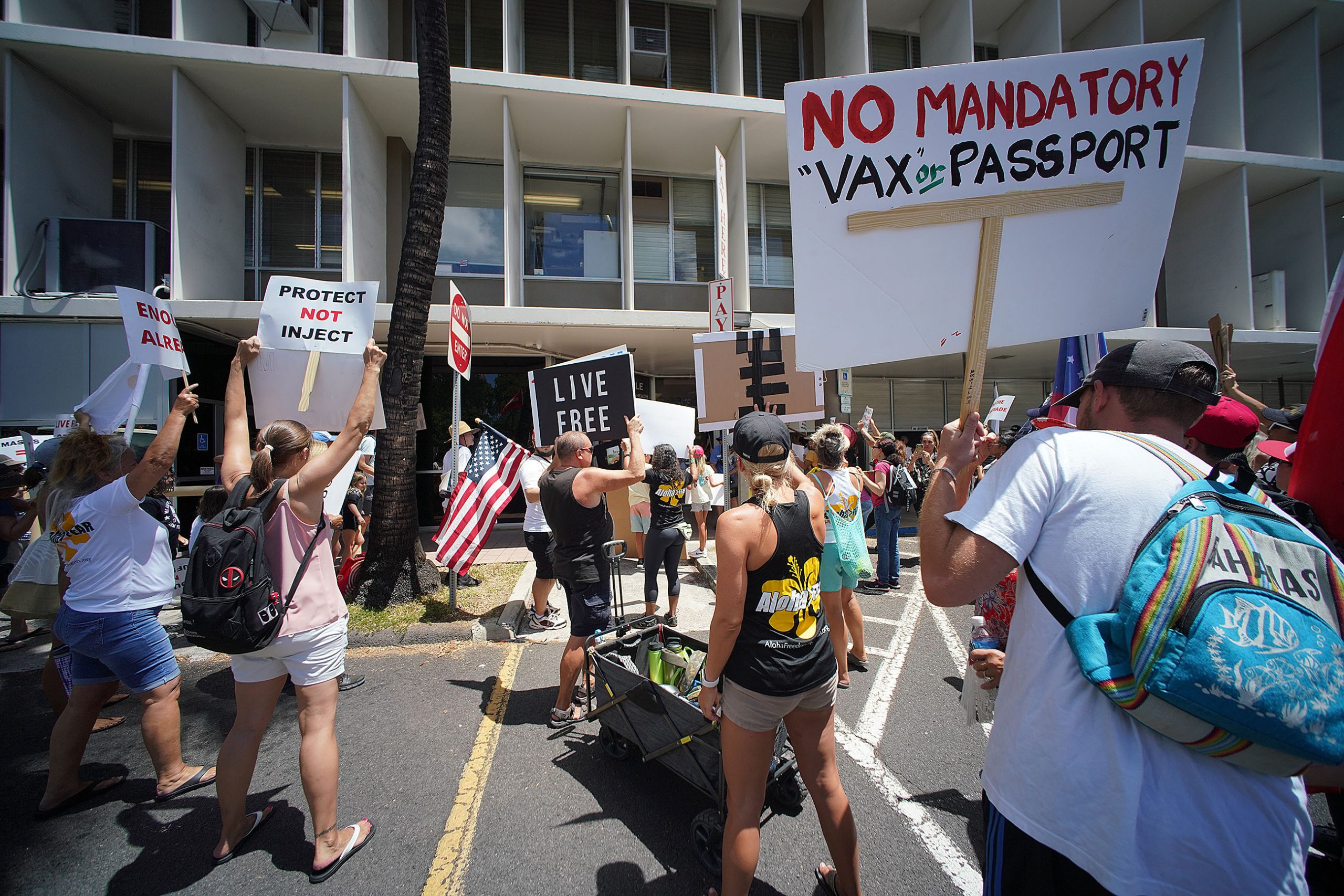 One of the best public service announcements I have seen during the pandemic features Pope Francis asking people to get vaccinated to protect against Covid-19 as “an act of love.”

The vaccine is effective and the best safeguard available to protect individuals, their families and all the people they love, the pope said, speaking in his native Spanish with translations in subtitles.

“Thanks to God and to the work of many, we now have vaccines to protect us from Covid-19. They grant us the hope of ending the pandemic, but only if they are available to all and if we work together,” he said in the video message released last week.

These individual “small gestures of personal charity” add up, “overflowing” into something universal that is “capable of transforming and improving societies,” he said. “Vaccination is a simple but profound way of promoting the common good and caring for each other, especially the most vulnerable.”

The pope was speaking about far-reaching love, the waves that ripple beyond self love and romantic love to those we don’t even know; the love and moral responsibility of caring for people around us, holding them close, keeping them safe.

Catholic cardinals and bishops appearing in the same video echoed the pope’s view that getting vaccinated is a moral responsibility.

On Sunday, even former President Donald Trump urged a crowd of his supporters in Alabama to get vaccinated, saying, “I did it. It’s good. Take the vaccines.”

After some in the largely unmasked crowd booed him, he said, “That’s okay. That’s all right. You have got your freedoms.”

Honolulu poet Sue Cowing wrote recently about the moral responsibility of people who refuse to get vaccinated.

“Anyone has the right not to be vaccinated. But rights carry with them responsibilities. To remain unvaccinated responsibly during a spiraling pandemic means accepting huge limitations. You would need to avoid all contact with other unvaccinated and vulnerable people including children, even in your own family. Wear masks everywhere, work from home, eat and drink alone, get tested frequently, and refrain from obstructing those who are trying to protect the community,” she wrote.

She is right. It’s a choice to oppose the vaccine. But those who draw that line in the sand should accept the moral responsibility of giving up many daily freedoms to protect others from severe illness and death. And they shouldn’t obstruct community members from trying to safeguard themselves.

Opinion columnist Paul Krugman addressed the issue in an article titled “The Quiet Rage of the Responsible.”

“When you reject your shots or refuse to mask up, you’re increasing my risk of catching a potentially deadly or disabling disease, and also helping to perpetuate the social and economic costs of the pandemic. In a very real sense, the irresponsible minority is depriving the rest of us of life, liberty and the pursuit of happiness,” he wrote.

Speaking of freedom, those who oppose the vaccine on the basis of personal choice don’t seem to realize the irony in their position. They want the freedom to say what goes into their bodies, but many of them are comfortable restricting what women can do with their bodies when it comes to abortions.

Many who refuse the vaccine also are willing to curtail the freedom of schools to protect their students. For example, Florida Gov. Ron DeSantis has gained support for his persistent efforts to financially punish school districts refusing to implement his ban on imposing mask mandates.

“Vaccination is a simple but profound way of promoting the common good and caring for each other, especially the most vulnerable.” — Pope Francis

And then there’s the hypocrisy of those who have no problem taking away the freedom of private businesses to require masks and proof of vaccination to enter their establishments.

Texas Gov. Greg Abbott has signed into law a bill to make it illegal for restaurants and bars to require their customers to show proof of Covid vaccinations.

It’s fine if an individual refuses vaccination in the name of freedom, but government officials have no right to interfere with others’ freedom to keep themselves, their employees and their customers safe.

Also, the irony is the longer vaccination opponents hold out, the more people are likely to become severely ill and die from the virus. That increases the likelihood of future lockdowns that will take away the freedoms the protesters say they cherish.

And now that the U.S. Food and Drug Administration has given full approval to the Pfizer vaccine for individuals 16 and older, vaccine opponents have one less excuse to shun the proven protection for themselves and the vulnerable others.

People are mad because the hospitalizations and deaths from the pandemic that seemed to be waning earlier this summer now are soaring, fueled by the delta variant, a tragedy many health officials believe might have been prevented if more had agreed to get vaccinated.

But as poet Cowing says: “Let’s remember who we’re mad at. Our common enemy is a runaway virus that is sickening, killing and disabling us by the hundreds of thousands.”

Let’s use the tools proven to work to fight this wily enemy: masks, social distancing and vaccines to advance against the virus in an act of collective freedom, an act of love. 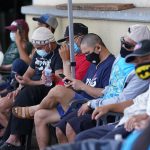 Could I summarize the opinion of this author as saying that the decisions of those to not take the vaccine are flawed, but those who engage in that "act of love" are protected from contracting the disease and will not spread it?

Thank you for this article, Denby.  I understand some people's hesitancy (I was hesitant, too) to get the Covid-19 vaccination due to possible long term side effects, but I feel we should take 'a leap of faith'.  There are no guarantees in life, and chances of long term side effects should be minimal.  To those who feel they are taking all actions necessary to be healthy without getting the vaccination, I think of getting vaccinated as an added layer of protection.  Would you feel fine to face family, friends, overworked hospital staff, others in the community if you got Covid-19 and chose not to get vaccinated, and then find out later that you were the possible source passing this virus on to them?  I agree with Denby in her support of getting vaccinated and taking well-known precautions as 'an act of collective freedom, an act of love'.

The effects of vaccinations in history range from the near-elimination of some diseases to major decline of other diseases.  In my lifetime, smallpox was not a threat; vaccines had diminished it for over a century and almost eliminated it.  Polio was a terrifying threat, that diminished and then nearly disappeared within a few years of the creation and distribution of the Salk and Sabin vaccines.  Now suspicion of vaccines threatens to prolong the pandemic that is diminishing the quality of our lives and to restore threats of other diseases that had almost been eliminated.