Neal Milner: The Appeal Of Sticking With An 'Acting' Official - Honolulu Civil Beat

Neal Milner: The Appeal Of Sticking With An 'Acting' Official

Let's face it, job searches are a drag. Which is why we have so many agencies that are led by 'interim' heads. 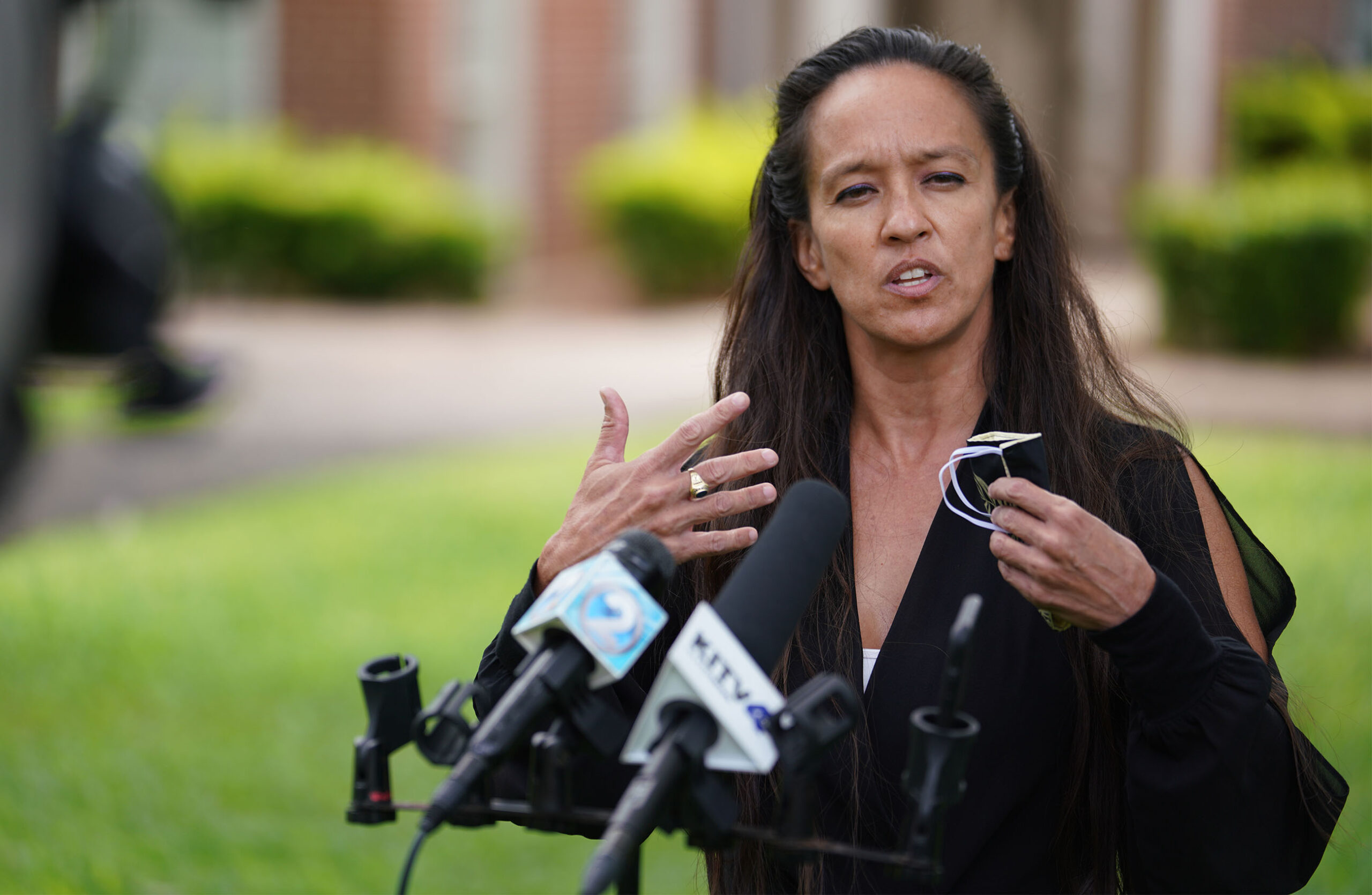 Government jobs searches in Hawaii often take so long that you need to carbon-date their origins.

Instead, the positions are filled by people with “acting” or “interim” in their titles. Essentially gussied up temps.

Acting, acting, and more acting. Is that a problem? Maybe. But maybe not.

Is it typical in Hawaii? You bet, sometimes for embarrassingly bad reasons like sloth.

But also, for human and understandable reasons. Keeping an acting person in charge is a workaround for public agencies to avoid problems even bigger than having a longtime temp running the show.

Workarounds make Hawaii work. Sort of. At least enough to get by. When it comes to hiring, a C-minus is better than an embarrassment and disaster, or an encounter with a set of procedures so terrifying and stultifying that stalling and avoiding are the best strategies.

It’s about the advantages of not choosing, not coming to a definitive conclusion, of delaying and denying rather than deciding and concluding.

Here are five reasons why keeping someone as acting is an advantage.

Start with the understanding that searches are a hassle. A search may be seen as an opportunity or a requirement, but it also can be a poison pen dripping with aggravation and uncertainty.

Who needs another problem? Who needs the clamor? There are enough work-related hassles already.

Here are the more specific reasons why temping is so tempting.

First, it’s a way to avoid a formal search with its pesky annoyances like affirmative action rules. No need to advertise the job at all. That allows you to keep a particular person in the job because, well, because you want to.

Don’t get me wrong. I am a firm supporter of affirmative action hiring. All I’m saying is that it can be really tempting to ignore those procedures for awhile, maybe even a really long while. Maybe ‘til the cows come home. Or the Equal Opportunities Officer threatens you with a workshop.

Second, search-delay avoids the dreaded insider/outsider squabble. Should it be an insider because Hawaii is so different? No, we need an outsider because we need new ideas.

Third, a search is risky because it can be embarrassing. It may turn out that a sadly small number of potential applicants want to work for you.

Then there is the opposite. The people who do apply have mythic flaws making them at best borderline bozos. And if the entire list is bozodom, then the searching agency has to make do, hold its nose, and pick the least objectionable.

Or, run another search. Oh God, no!

The board of the Honolulu Authority for Rapid Transportation should thank its lucky stars (which unfortunately are not yet operational) for getting Lori Kahikina to take the interim director’s job rather than the cast of the Calaveras County Clown Show who would have applied in an open search.

Fourth, there is a good chance that the acting person comes cheaper than a permanent person. Why not save a couple of bucks? What’s the temp’s bargaining chip? That she can get an even more lucrative temp job?

Before I go on, let me pause here. Some of you may suspect that I am basing this discussion on my experiences working at the University of Hawaii for over 40 years.

To that, I can only answer, “Yes! Yes! A thousand times, yes!” And a special shoutout to academia, which has more ways to define temporary labor — “lecturer,” “adjunct,” “visiting” and even “acting” as in “acting professor” (no pun intended) — than Aloha Stadium has fatal design flaws.

This country is full of academic migrant laborers, riding the rails Woody Guthrie-style, knocking on schoolhouse doors, crying, “Will power-point for food!”

But goodness knows, UH is not alone. The most recent example of search avoidance comes from — gargantuan surprise — HART. Those rail folks tried to place a phony job ad for a “consultant” when in fact the job was custom-tailored for a certain ex-congresswoman.

“CONSULTANT: Minimum Qualifications: Applicant must go by the first name of Colleen as well as by the surname of Hanabusa.”

According to the statute, when there is an immediate need to fill an existing position, an agency may emergency-hire a person to fill it without going through the search rigmarole “while the position is being updated or recruited for.”

This can be a great deal for an agency. Bam, you hire without HR taking its good-natured time (say a century and a half) getting that ad for the permanent job just so. Plus, an emergency hire has no job protection and gets no fringe benefits.

So, sort of a workaround, but only for emergencies. Eighty-nine days, just 89 days.

Yeah, right because, regarding that position that’s supposed to be recruited for? That may never happen. It’s gone, cut. So, the only hope of filling the breech is with a breech filler.

Though in theory, the agency needs approval if it wants to renew more than twice, in practice, the renewal goes on as long as it takes, as in forever, because emergency hiring turns out to be not a temporary way but rather the only way.

Thus, to understand searches you need to consider what the balance is between two forces: the formal rules and procedures that on the surface require a search, and the specific circumstances the agency faces if it goes ahead and does it.

Uh oh. Sounds like a nasty dilemma. It’s not clear how this will be handled, but you can see how kind of going along with a decent acting chief and the status quo might be deliciously tempting.

As for the fire department, publicly the search is not as big a deal. No one is shouting “defund the firefighters.” Internally, though, HFD appears to be a nest of vipers involving the previous chief and the union.

Right now, the Honolulu Fire Commission is deadlocked 3-3 between the acting chief and the person the union wants.

It’s deadlocked because the City Council and mayor have not gotten together enough to add a seventh commissioner who would likely break the tie.

Simple arithmetic? A just-like-Hawaii delay in the process? Sure. But considering the lack of consensus and the possible blowback, taking it nice and slow can seem awfully tempting.

Acting on the acting by not acting. Imua! 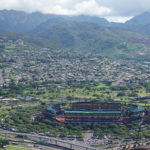 Aloha Stadium Should Be Replaced By Aloha Homes

It is in the interest of the public to have these positions filled up, as well as the many government positions that are not in the radar screen of the media and public. The matter of having an aging government workforce was recognized over a decade ago.The University of Hawaii, as the premiere and tax-supported school of higher education for the State, could have done and can do better as a designated pipeline for public service leaders.

Fantastic article on how the state and county are run.  Realistic, true and sad at the same time.  I completely get it why people in the private sector don't want to get involved in government.  I would never, unless of course it was my "after retirement" post, so that provide those lifetime health and retirement benefits.  I know a few former private sector employees that have picked up on that trick.  For the most part tho, people with drive and the need to get things done don't like getting stymied by the system, which includes co-workers and supervisors that discipline the newbie by telling them "not to work too hard, or too fast" because it will make us all look bad.  Basically, maintain the glacial status quo that is government.  In addition to all the valid points made, I would also add that the temp nature of keeping government workers involved in the machine, is that it maintains that work mentality and doesn't rock the ship.  A recent example is the former DOE super, Kishimoto, an outsider that had no ties or allegiance to anyone here.  She not only have a rough go, but resigned after her contract expired, I would assume just tired of all the roadblocks.

"Fourth, there is a good chance that the acting person comes cheaper than a permanent person." The preceding statement is incorrectCan I make a comment with respect to recruiting for these positions and in-house applicants? In the majority of cases the interim or acting person is more than qualified.  However, the reason they donât apply is because of salary inversions.  Basically, they are earning more in their current position, and would take a cut in pay and forgo future raises if they were promoted.  That is something that needs to be addressed.  It not only pertains to the top position but the same applies to the deputy.  It is big hiccup in the system whereby the underlings earn a lot more than the boss.