Denby Fawcett: Even In Blue State Hawaii, It's Time To Be Vigilant About Abortion Rights - Honolulu Civil Beat

Denby Fawcett: Even In Blue State Hawaii, It's Time To Be Vigilant About Abortion Rights

Other states are already looking to emulate restrictive new laws like those in Mississippi and Texas. 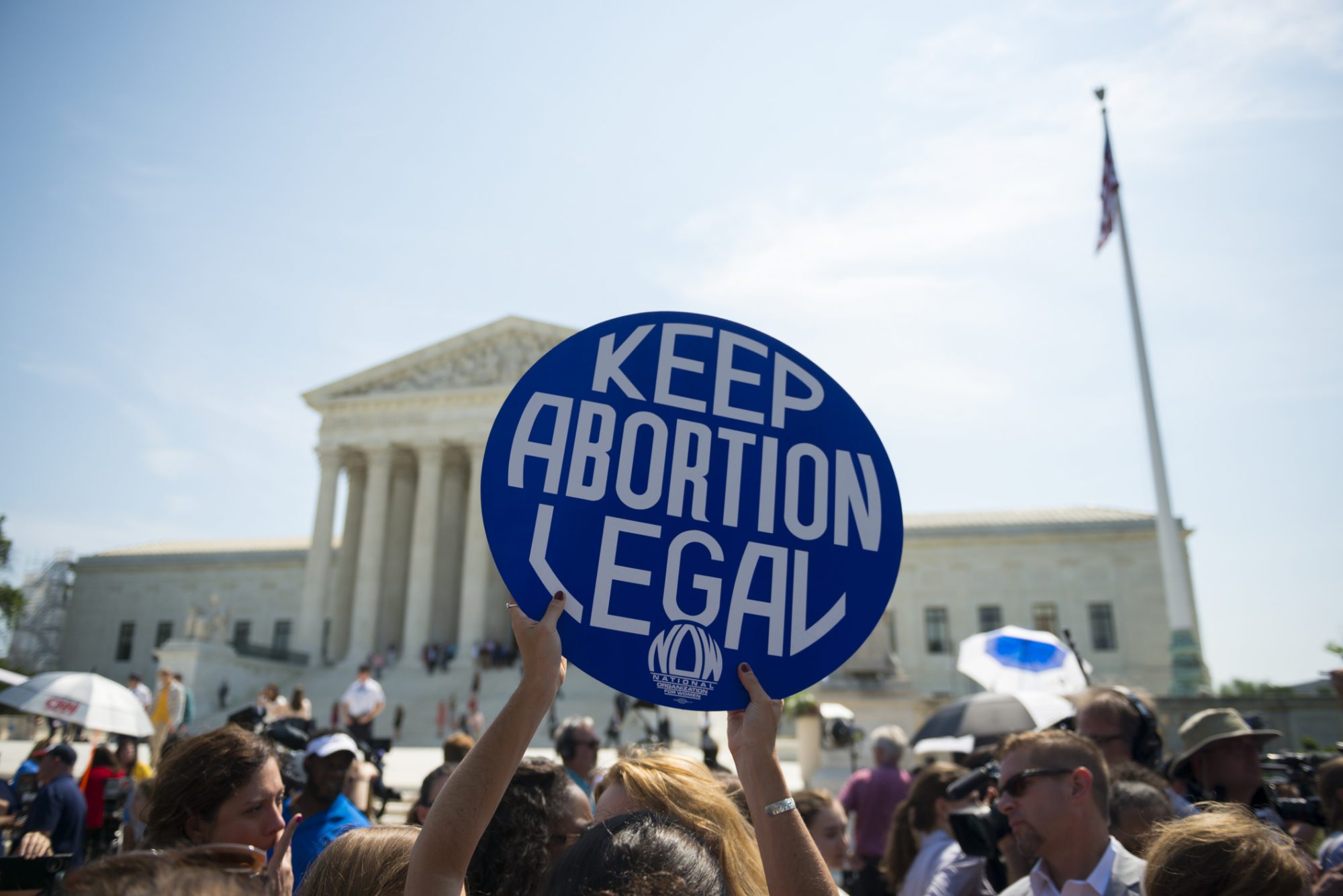 Honolulu attorney Marjorie Au says a women’s right to abortion in Hawaii will always face legal challenges, but now more than ever with opponents newly emboldened by laws and court decisions on the mainland to severely limit a woman’s abortion rights.

“People may be thinking there is nothing to worry about here with Hawaii’s longstanding support for choice but we cannot take that for granted,” Au said.

University of Hawaii law professor Aviam Soifer speaks poetically about Hawaii residents needing to pay attention, even though the state in the past has stood up strongly to protect abortion rights. “No man or woman is an island.”

Especially now. What happens even thousands of miles away on the continent can have strong effects on Hawaii residents.

Hawaii was the first state in the country to decriminalize abortion in 1970, three years before the U.S. Supreme Court’s landmark Roe v. Wade decision to constitutionally guarantee a woman’s right to an abortion before a fetus is viable.

In 2015, Hawaii lawmakers further affirmed the state’s protection of women’s pro-choice rights with a measure stating: “The State shall not deny or interfere with a female’s right to choose or obtain an abortion of a nonviable fetus or an abortion that is necessary to protect the life or health of the female.”

This April — almost undetected in the chaos of the pandemic — Gov. David Ige signed into law a bill to further expand access to abortion in Hawaii by allowing advanced-practice registered nurses under certain careful guidelines to end pregnancies.

Now Hawaii abortion rights advocates are anxiously awaiting the U.S. Supreme Court’s hearing this fall on a Mississippi appeal for the justices to uphold the state’s currently unconstitutional law to limit abortions at 15 weeks of pregnancy.

Fifteen weeks is about nine weeks earlier than the Roe v. Wade guarantee of women’s right to an abortion before viability — the point when a fetus could live outside the womb — generally thought to be at about 24 weeks.

If that happens, other mainland states say they are ready to follow suit to outlaw abortions in their jurisdictions.

“That would be a scary day,” says Rebecca Soon, a graduate of the University of Hawaii William S. Richardson Law School and the chairperson of the Patsy T. Mink Political Action Committee, an organization that provides funding to Democratic pro-choice women candidates running for state offices.

“It is unfortunate that women have to keep fighting every month, every year, year after year against court decisions as well as laws and rules constantly introduced to erode a woman’s right to get an abortion — as constitutionally guaranteed almost 50 years ago by the Supreme Court,” Soon said.

If the current conservative majority in the Supreme Court were to overturn or greatly weaken Roe v. Wade and Planned Parenthood v. Casey, abortion regulation would be left to individual states.

Hawaii with its historic support for women’s rights would be certain to retain or reaffirm its current support for a woman’s right to abortion.

But it is important to note that Hawaii women moving away to live in other states might find they are suddenly in places where abortions are forbidden.

Abortion rights advocates in Hawaii and across the continent are also alarmed by the U.S. Supreme Court’s 5-4 decision September 1 to refrain from temporarily blocking Texas from enacting one of the most restrictive anti-abortion statutes in the U.S. — a measure that prohibits most abortions in the Lone Star State.

Law  professor Soifer, the former dean of the U.H. law school, calls the way the court went about letting the Texas abortion legislation slip into law “a blatant manipulation of its shadow docket.” Using that so-called shadow docket, the court does not need to hear oral arguments or read legal briefs.  He says the current court has set a record in ducking the traditional legal process.

The Texas law known as the Texas Heartbeat Act makes it illegal to abort when early fetal heartbeat activity can be detected  — usually at about 6 weeks of pregnancy measured from the first day of a woman’s last menstrual period. At six weeks gestation, some woman don’t even realize they are pregnant.

What is unusual about the Texas legislation is it deputizes private citizens to become enforcers by filing civil suits against anybody “aiding and abetting” an abortion.

That could include the abortion provider as well as anyone helping a pregnant woman in any way, such as a doctor, a nurse, a taxi driver bringing a woman to a clinic, a friend or spouse accompanying her, clergy members and insurance companies.

The Texas law turns ordinary citizens into vigilantes with the lure of a possible “bounty” of at least $10,000 and their legal costs for each lawsuit that they win. There is no limit in the number of civil suits a single person can file. And you don’t have to live in Texas to sue.

The law is carefully designed to evade judicial reviews of its constitutionality by taking the government out of the enforcement process.

The U.S. Department of Justice sued last Thursday to overturn it, saying the Texas law is “in open defiance of the constitution.”

“Texas might have overplayed its hand,” Christine Charbonneau, president and CEO of the Planned Parenthood organization that includes Hawaii, said in a phone interview from Indianapolis. But she added there’s no guarantee it will be thrown out. “This is hurting women in Texas in real time today,” she said. “Nobody is sure how it will play out.”

While that legal challenge is underway, the Texas law has already triggered at least seven other states to consider copycat legislation and it is galvanizing abortion opponents across the country.

Could such an audacious law be passed here?  Probably never. But it speaks to Marjorie Au’s point that the success in Texas emboldens abortion foes everywhere, even in blue states, to push for direct challenges to overturn abortion rights or create more circuitous legislation to make it increasingly difficult to get an abortion.

An example of this kind of roadblock to abortion rights is the Trump Administration’s 2019 rejiggering of Title X to force taxpayer-funded family planning clinics to immediately stop referring women for abortions.

Title X is a federal program that provides funding for affordable family planning care to low-income women who often have few other options for birth control and abortion counseling.

State House member Sylvia Luke says the Legislature has tried to soften the loss of federal money to help financially strapped women by making state money available to the clinics for abortion services referrals. But it clearly is not enough.

Laurie Field, Hawaii State Director for Planned Parenthood Alliance Advocates, says it’s frustrating to have funding removed and other roadblocks thrown up to make it more difficult for women to access a long-held legal right even in places with supportive legislatures like Hawaii.

Field is a longtime advocate, working to urge Hawaii lawmakers to protect and advance reproductive rights, including abortion access and family planning.

She and other advocates stress that with many anti-abortion proposals brewing, this is no time to be complacent.

Rebecca Soon says, “We have to be makaʻala, to be awake. To beware. To take heed.” 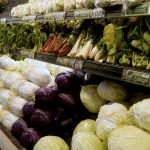 "...long-held legal right..."Try as I might, I still can't find the words in the Constitution.  Still.If this is what SCOTUS considers "penumbras"  & "emanations", then I don't see all the fuss about requiring vaccinations.  Or proof of.  Or health insurance.  Or broccoli.  But my eyes are weary nowadays.  Maybe someone who has seen the exact wording and can tell everyone where they found it?  That might help to abort all this resistance to vaccines.

Everyone woman should listen to the fetal heartbeat before making that choice.   When I heard my child's heartbeat, I knew that was a precious life inside.

I just don't understand why people would want to force someone else to have a child that they don't want to have for whatever reason.