Portland, San Francisco and LA have all upped property taxes to build housing. Hawaii — which has the lowest property taxes in the country — should do the same with its investment properties, starting in Maui. 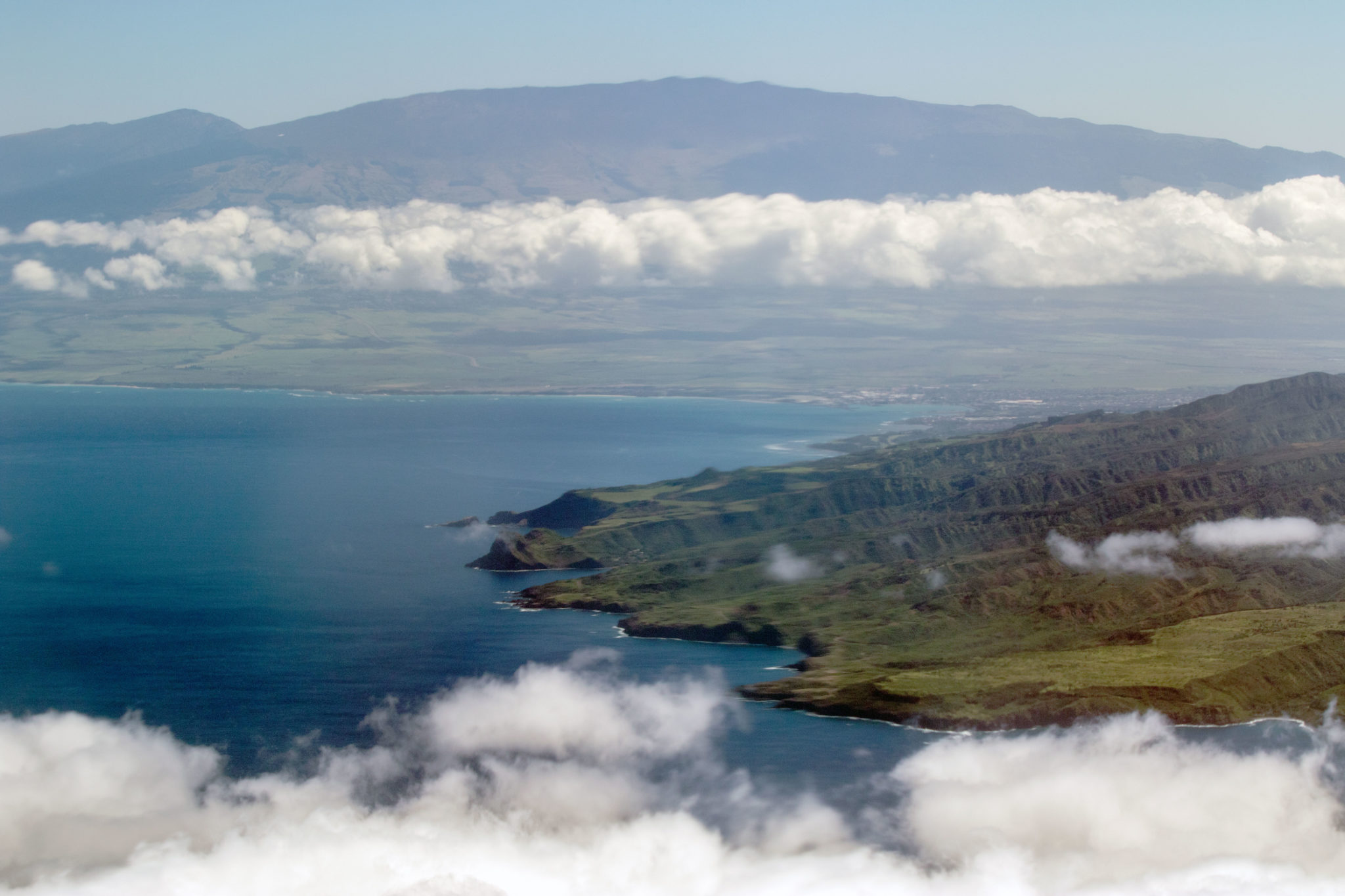 Every week newspapers across the country are filled with stories of the crisis in American housing. This week, on Wednesday, in recognition of how great the need is and how large the problem has become, the Biden administration issued a major housing initiative.

Certainly in Hawaii we are feeling it. Average home prices are hitting new record highs — this year Oahu hit the million-dollar mark, and before that it was Kauai and Maui. Since last year, single-family home prices have gone up 23% on Oahu, 24% on the Big Island, 35% on Maui and a staggering 63% on Kauai. Meanwhile, local wages have remained pretty much flat — and in some sectors have been driven down by the pandemic.

Contrast that with the national average in the second quarter of 2021, when across the United States 17% of houses sold were investment properties — a number far lower than Hawaii’s but still one the Biden plan aims to reduce in favor of owner-occupants.

In Hawaii the reality is that owners, whether local residents or out-of-state buyers, are willing to pay a premium price for a home they will not live in. The purchase is a type of luxury good, in the sense that it is not essential for a person to own a second home.

In economics, a luxury good is defined as “not essential, but makes life more enjoyable” and “often more expensive and primarily purchased by people with more wealth and income.”

As the state’s homes are increasingly purchased as luxury goods, more residents find themselves unable to even afford a first home.

We live in a society that has normalized the ownership of second homes; millions of Americans have them, including my own family and friends. However, from the standpoint of what is good for the overall community, wouldn’t it make sense to tax investment homes as the luxury goods they are and use the revenue to provide housing that is affordable for all residents?

A community that provides decent housing and prevents people from being houseless benefits everyone, even investment homeowners.

In fact, communities across the country facing housing shortages are taxing themselves to pay for affordable housing to ensure that everyone has at least one home they can afford.

In 2016, voters in Portland, Oregon, passed a measure to increase property taxes by 24 cents per $1,000 of property value to support $254 million worth of investment in housing. This money and other bond measures will produce 8,000 new affordable homes in Portland over the next five years.

That same year the city of Los Angeles asked voters to increase property taxes by 94 cents per $1,000 to support $1.2 billion in affordable housing investment, and 77% of voters approved the measure.

Last year in San Francisco 71% of voters approved a tax of 14 cents per $1,000 of assessed value to support $488 million in housing and homeless services.

In these examples, the tax increase affected all homeowners. But in Hawaii so many properties are second homes or vacation rentals that even a targeted tax on investment properties would make a big difference.

Let’s look at Maui as an example. I was part of a team that worked on a comprehensive affordable housing plan for Maui county.

Maui already taxes investment homeowners at a higher rate than owner-occupants. But even that higher rate is still significantly below the average rate elsewhere in the United States. Hawaii has the lowest property taxes in the country, according to a 2021 analysis by WalletHub.

The current tax rate for an investment homeowner on Maui ranges from 0.55% to 0.8%, depending on the value of the home. Short-term rental properties on Maui, which are essentially a substitute for hotels, are taxed at 1.1% to 1.2%. Owners who live in their properties pay a rate that ranges from 0.24% to 0.27%.

In contrast, the average national property tax for homeowners is 1.4%, according to a Department of Business, Economic Development and Tourism study from 2017.

By itself $57 million a year would only support a few hundred additional affordable homes a year. However, this annual stream of revenue could be used to support bonds worth over $1 billion dollars.

Essentially, Maui County could borrow $1 billion today and pay it off over the next 20 to 30 years using the extra property tax revenue. Indeed, this is exactly what Portland, San Francisco and Los Angeles all did to fast track affordable housing.

And given current conditions, all of this money would be borrowed at historically low interest rates, meaning it is cheaper than ever to borrow money for public investments that will make a difference for decades to come.

How much housing would the Maui plan create? Of course it depends on many factors, but estimates suggest it would create 5,000 homes that meet the needs of Maui residents.

At a cost of about $200,000 of public investment per home, if that home stays affordable for 60 years (the current standard for new affordable rentals) and needs an extra $100,000 of repair and maintenance along the way, then it is an investment of $5,000 per household per year to ensure stable and affordable housing.

Research has shown that a stable home is connected to improved health and well-being in ways ranging from fewer doctors’ visits to lower rates of domestic violence and better outcomes in school for children.

This news is no surprise to those of us who have ever struggled to afford housing or who have friends and family that have lost hope or been demoralized by the cost of housing.

Another advantage to this plan is that unlike federally funded housing, which by law cannot take duration of residency into account when deciding who is eligible for housing, a county-funded program is within its rights to provide preference based on length of residency in an area.

This distinction is significant in an archipelago that has lost many of its long-term residents to economic stress and is another reason counties should embrace their kuleana to create their own robust affordable housing programs.

What are the downsides of an increased property tax on investment homes? Obviously, for the owner of the investment property, it has a cost. For a person who owns a $2 million second home on Maui, it would mean an extra $300 a month.

No doubt that $3,600 a year is a substantial amount of money. However, this is a tax being paid on an investment property that is certainly not an essential item and definitely not connected to all of the health and well-being outcomes associated with having a primary home.

For the typical owner of this investment property, the extra $3,600 a year would likely be a small portion of their income and assets. Assuming their first home is worth at least as much as their second home, they would be earning at least $750,000 a year to afford both mortgages under normal lending standards.

A extra tax of $3,600 would be less than half of 1% of their income. Of course, we don’t know their income — they may have purchased the home with cash and have a lower income but high value assets.

Either way, paying a property tax rate that is still below the national average is unlikely to create the same level of stress as that experienced by someone paying 50% of their wages on rent.

And the funds are actually an investment in the people and county of Maui. Residents of Maui created a safe, beautiful and attractive place where roads, utilities, fire departments and countless other public investments enabled housing to be built in the first place. It makes sense to contribute to the well-being of the community that made the investment possible. 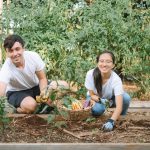 You can build affordable housing (especially modular as in single-wide trailers) but mandating it is a central planners pipe dream that never works out.

Hard to believe the author seemed to miss many key points:1. Hawaii property taxes are low because they donât fund schools unlike nearly every community on the mainland. As a result income taxes are very high2. Is the author proposing taxing only absentee owners whose property remains vacant or also investment properties. If the later rental prices will just go up. 3. Factors really responsible for driving high cost of housing: 1) regulations 2) opposition to new developments 3) unionized labor 4) inflation in general due to loose money supply.  Blaming high housing costs entirely on second home ownership is ridiculous. If that was true costs wouldnât have rose in places like Kalihi, Kapahulu and Kalama ValleyFolks demand for second home in resort and affluent areas contributes to the economy. It provides tens of thousands of maintenance jobs. These people pay property tax and do not use city servucesIf you want affordable housing follow the model used in HK and Singapore. Incentivize developers to build dense high rises on government land with 99 year leases. Keep the government out as much as possible and stop taxing people so much

This seems like a good idea to me. Not all real estate ownership is equal. As scarce as housing is in Hawaii, if the market is opened to the rest of world, I don't mind as a local resident to have these people pay higher property taxes if their property is for investment and not to live in.