We are at an unprecedented moment, and if the DOE acts, Hawaii’s students and their food will be growing together. 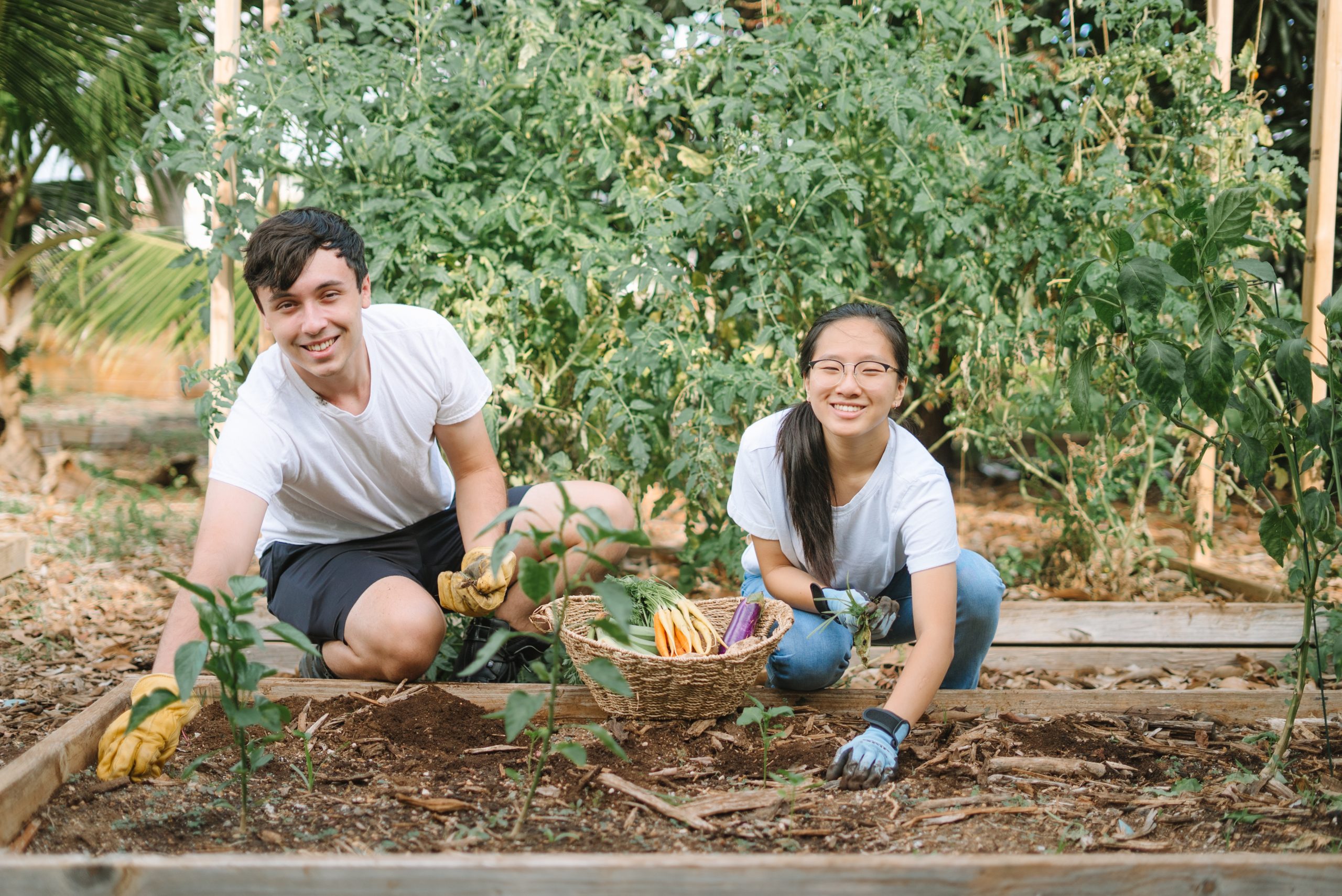 Nancy Redfeather founded The Hawaii Public Seed Initiative at The Kohala Center in 2009 and coordinated the first statewide seed conference, Hua Ka Hua, with the Organic Seed Alliance in Keauhou in 2010. She grows seed on her family's farm in Kona. 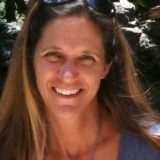 Debbie Millikan is a sustainability specialist and food systems educator.

We have both been thinking a lot lately about the next generation and wondering what Hawaii will be like for them in 10 or 20 years.

In our communities we are witnessing unprecedented changes — the extreme weather we’ve been watching elsewhere in the world has arrived.

Within a 30-mile radius of Nancy’s farm in Kona, torrential rainfall and flooding has dampened food production and local harvests, while the National Weather Service has declared the rest of the island in severe drought. Last month’s Waikoloa fire — the largest in the history of Hawaii island — burned 40,000 acres before it was controlled.

On Oahu, Debbie is watching rising ocean waters erode the coast and frequently inundate low-lying areas. The threat of hurricanes is ever greater.

Climate change has found us, and it is in this context that we want to talk about food.

We have both been involved in education for decades, always with an emphasis on food systems. And we are writing because we want everyone in Hawaii to know that when it comes to food and education, we have arrived at a moment of terrific potential. Even in the midst of environmental upheaval and the pandemic, many years of hard work can come to fruition now if Hawaii’s Department of Education will embrace the ideas we offer here.

We know that true food systems education begins with connecting students to their food. Our work with students in Hawaii’s school gardens has illustrated this time and time again.

In just one example of hundreds: In Waikiki Elementary’s fourth-grade class in 2006, there was not a single student willing to eat a tomato. It was clear that the students had no relationship to the tomato or understanding of what a real tomato should taste like.

But the kids were eager to be outside and game to start the new garden, build soil fertility through composting, plant seeds and nurture their growing seedlings. And when harvest time came, every single student took part in devouring every delicious tomato.

That program continues today at the school’s Waikiki Food Farm, which, along with other school garden programs like the Malaai Culinary Garden of Waimea Middle School, demonstrate the power of building a foundational relationship with food from a young age and expanding children’s pallets to nourish and strengthen their health for a lifetime.

Furthermore, these programs empower students to develop a deep appreciation for food producers. These rewards are what has driven us to do this work.

To understand the potential of this moment, it’s valuable to know how we got here. There was a time, up into the early 1960s, when every school in Hawaii had a huge garden, students worked these gardens as part of their daily class work and the food they grew was taken directly to the cafeteria to be made into their lunches. Then educational models began to change and school gardens disappeared.

The folly of that loss really came into focus with the release of a 2003 study that showed that more than 40% of children entering kindergarten in the state were overweight or obese. Pediatrician May Okihiro tied the obesity problem to poor nutrition in the modern food environment, and she stressed the importance of policy initiatives like returning to gardens and farms in schools.

Individual teachers across the state were coming to the same conclusion, thinking about an interdisciplinary approach to aina-based education that would focus on our unique place in the world. They knew students learn by doing — ma ka hana ka ike — and through that work develop a deep care for land — malama ka aina.

Grassroots efforts to recreate food systems education in our schools began in earnest in 2008. At that point the work was largely funded privately, by organizations like the Ulupono Initiative, Hauoli Mau Loa Foundation, Kokua Hawaii Foundation and many others.

Groups on all islands initiated programs centered around culture, place-based education and food systems. School garden networks formed on each island. In 2010 a major step to bring everyone together came with the formation of the Hawaii Farm to School Hui, a broad network of state agencies, community organizations and non-profits designed to coordinate diverse efforts in food education. The hui quickly recognized the need for professional development programs for educators and curriculum aligned with state standards and worked on developing them.

Two strong initiatives in 2015 kept the momentum going. First, the establishment of Hawaii’s Farm to School Program in the Department of Agriculture, and second, Senate Resolution 80, which tasked the University of Hawaii at Manoa College of Tropical Agriculture and Human Resources to convene an agriculture education working group.

The outcome of those actions was the hiring of a farm-to-school coordinator at the DOA and a set of recommendations from the working group.

In short, over the last decade and a half, grassroots, people-powered programs have begun to create change in a growing number of schools, making food a more significant and tangible part of children’s education statewide.

And that, combined with the unfolding climate change crisis, brings us back to the central idea of our essay: The moment for the DOE to finally step into a leadership role in food systems education is here. The change we are on the cusp of is so large and so significant it needs the backing of the institution to succeed.

The Great Flourishing Before Us

In July of this year, Governor Ige signed Act 175 to transfer the Farm to School program from the DOA to the DOE. The new law requires that the DOE increase locally grown foods in student meals to 30% by 2030, accelerate garden- and farm-based education and expand the relationship between the agricultural community and public schools.

In other words, every public school campus in Hawaii has been given the possibility to become a food hub — a center of food access and food production.

In the future, all students from kindergarten to eighth grade could be learning to tend school gardens; by high school, they could be building on what they’ve learned and actively farming and harvesting larger plots. The food they’re harvesting would go into school meals.

The DOE can do a number of important things right away to ensure that this initiative succeeds.

One, it should fund and hire paid, trained garden educators for every campus. These positions must be secure and offer benefits. Just like a librarian, an IT person and a custodian, the garden educator should become an integral part of making the school campus work and enriching the students’ educational environment.

Two, it should train classroom teachers to fully integrate the school garden or farm into their curriculum, be it in math, science, history, geography, language or any other subject. The good news here is that programs aligned with curricular standards and developed by non-profit organizations already exist and are ready to be expanded with DOE support.

Three, it should implement and support a food systems education policy for all school principals. This must come with funding for the Office of School Facilities and Support Services to oversee construction of new gardens on school campuses.

For proof that it’s now time for the DOE to act in a major way, let’s look at the Hawaii Garden to Cafeteria Program. This pilot program began in 2017 when DOE School Food Services partnered with the Hawaii Farm to School Hui, state agencies and UH-CTAHR. The program was designed to enable students to grow food on school campuses and sell it to their cafeterias to serve in school meals.

At one of the schools, Leileihua High School, they grew enough bananas for everyone’s breakfast each morning, along with watermelons, head cabbage and sweet potatoes. At another, Kohala High School, crops included taro leaves and bok choy. Across all ten schools, students built leadership skills, took pride in their ability to feed others, developed habits for healthy eating and loved it.

We feel every student in every school in Hawaii deserves this opportunity, and it shouldn’t be reserved for students who just happen to luck into a school with a champion of agriculture or a passionate teacher.

We are clearly at a crossroads. The seeds are sown, the crops planted, the law passed. With robust public support for food systems education, transformation can become a reality.

“Culture follows agriculture,” said Sir Albert Howard, one of the early giants of sustainable organic agriculture. After millions of dollars invested at the intersection of food and education, the table is laid and laden for DOE.

Which brings us back to where we started this essay. All signs — fires, droughts, storms, floods, melting ice caps, expanding deserts —  are telling us that food production across the planet is going to get harder.

But we are far from powerless. In fact, we are close to the time when every school day students can be eating food they have grown. Fresh, healthy diets fuel strong, healthy learners, and if the DOE acts, Hawaii’s keiki and their food will be growing together. 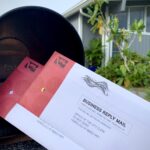 Nancy Redfeather founded The Hawaii Public Seed Initiative at The Kohala Center in 2009 and coordinated the first statewide seed conference, Hua Ka Hua, with the Organic Seed Alliance in Keauhou in 2010. She grows seed on her family's farm in Kona.

Debbie Millikan is a sustainability specialist and food systems educator.

I'd be happy if they could get 90% of the students to a 'C' average. Little steps first.

It would be better to support farmers directly so that there are more agriculture jobs ready when the kids graduate. Why do we need more layers of administration to oversee a glorified community garden?