Lee Cataluna: No Honor In Standing Up For What Is Wrong - Honolulu Civil Beat

Lee Cataluna: No Honor In Standing Up For What Is Wrong

Anti-vaxxers, anti-maskers and Covid-deniers have been treated with kid gloves by everyone, but they are the draft-dodgers in the war against Covid. 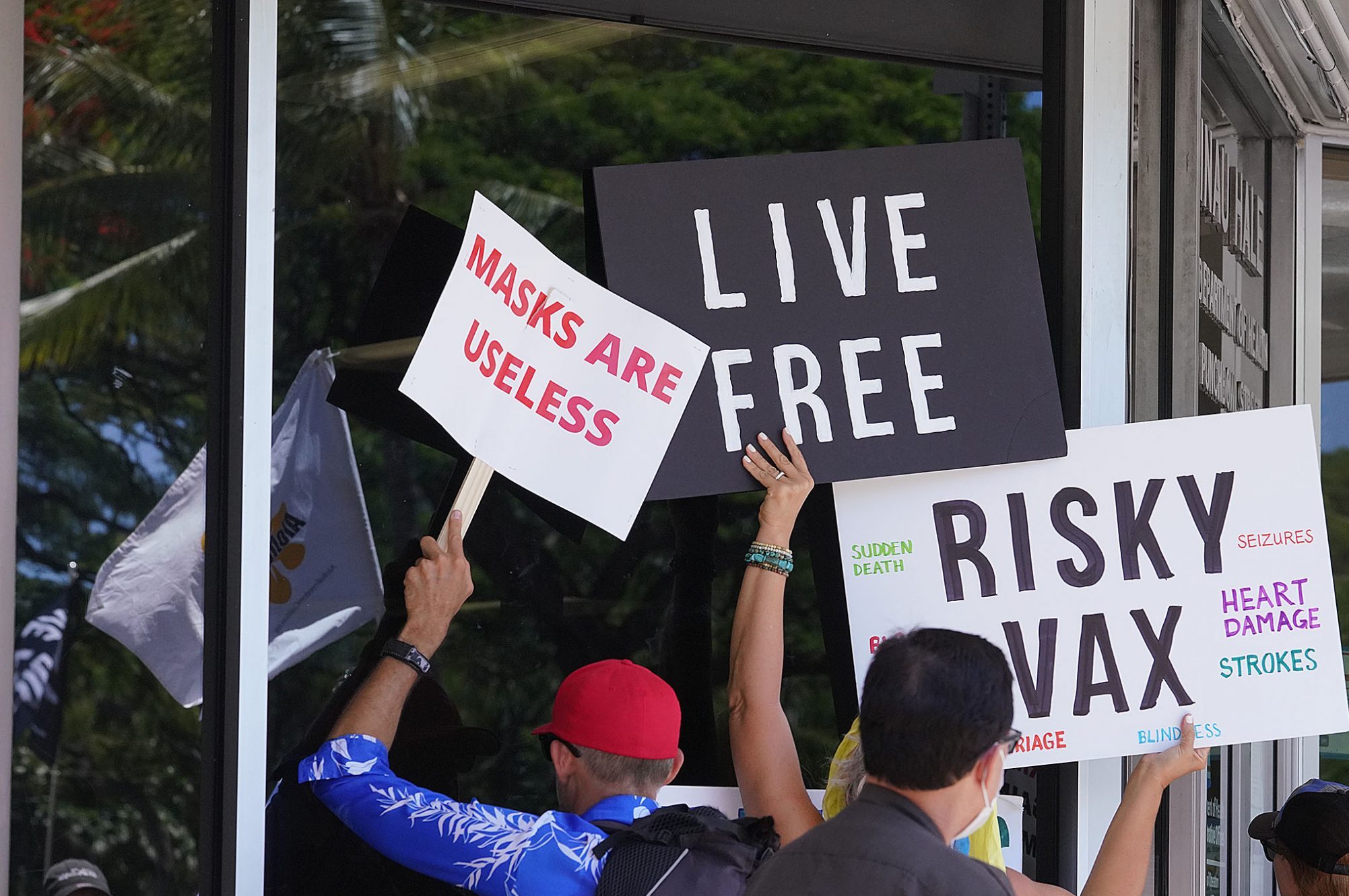 The vaccinated have had enough.

As President Joe Biden put it in his speech this week announcing a new round of vaccine mandates:

“We’ve been patient, but our patience is wearing thin, and your refusal has cost all of us.”

Those who waited anxiously for their turn to get their shot, who excitedly posted “vaxxies” on their social media accounts, who smiled with happy tears in their eyes showing above their masks, celebrating that they were doing their part to end the pandemic and were on the way to being safe from the threat of Covid-19 — they’re sick of the excuses and the lies.

They see the anti-vaxxers parade around town and they shake their heads and roll their eyes. They hear the anti-mask debate and think privately to themselves, “Wow, that’s madness standing right here in this grocery store line. Maybe you don’t care about dying, but I do. What about my rights?”

But mostly, it’s past frustrating. It’s past impatience. It’s on to the disgust of witnessing a minority made up of self-important, wrong-thinking, antisocial hypocrites drag us to more deadly variants and more overloaded hospitals.

Perhaps if the response to the pandemic were framed as all-out warfare to annihilate a vicious foreign invader, us-versus-it, something brutal and gory resembling the true-grit violence of a Steven Segal movie from the early ’90s, maybe there would be more universal buy-in.

Maybe if the virus was huge and covered with spiked and mossy scales like a dinosaur in the Jurassic Park series or a Star Wars sand worm, there would be pride and esprit de corps in all of us joining together to combat the scourge with guns and baseball bats and home-made rocket launchers.

Because who doesn’t like a good old-fashioned ass-kicking? It is the rumble behind the gym, the beef outside the football field, the food fight in the cafeteria, thrilling and lawless, cathartic and satisfying. Even the goody-goody kids like to watch from the sidelines.

Instead, the fight against Covid-19 is nerdy and complicated and rooted in science, the class that was only truly fun when the Bunsen burners were involved.

I’m not saying the anti-vax, anti-mask, anti-vaccine-passport people aren’t intellectual. No, wait. I am.

How else would one describe those inexplicably clinging to false information and disproven conspiracy theories and their misuse of the idea of personal freedom to mean, “I get to make my own rules regardless of how that affects my community” and “I’d rather die than admit I was wrong”?

If the weaponry in this war were more like large munitions than thin needles, more infantry than science, more about eradicating an enemy than outsmarting a microscopic virus, that might have appealed to the agitators yelling outside Josh Green’s condo and convoying along the freeway with flags tied to their trucks.

The fight against Covid-19, however, is both wonky and gritty, involving both intellect and gut, both head and heart. It is super patriotic. It is supremely American – smart and determined and united for the greater good. It is absolutely like taking up arms against a vicious invader threatening our children’s future and our way of life.

The anti-vaxxers, anti-maskers and conspiracy theorists are the villagers who sit in their houses and refuse to join the fight. They’re the draft dodgers during the war. Their cry of personal choice is as anti-American as lying about bone spurs.

History will not look back on them kindly, but that is a small concern at this point. The greater problem is the fake equivalency the anti-crowd has enjoyed from media outlets who treat their concerns as having equal weight to the advice of the medical community and who don’t question the larger implications of the skewed idea of personal freedom.

What of the personal choices of those who took the vaccine because they don’t want to die?

Biden addressed that, too.

“For the vast majority of you who have gotten vaccinated, I understand your anger at those who haven’t gotten vaccinated. I understand the anxiety about getting a breakthrough case, but as the science makes clear, if you’re fully vaccinated, you’re highly protected from severe illness even if you get Covid-19 … You’re as safe as possible, and we’re doing everything we can to keep you that way, keep it that way, keep you safe.”

There is also fake equivalency perpetuated by those in power who don’t like to be yelled at or called out on Twitter. Government officials and elected leaders have been so careful about giving lip service to “respecting personal choice” and providing expensive and cumbersome testing options to those who just refuse to do the right thing. The vaccinated masses are getting tired of that too.

Stop kid-gloving these hold-outs. They’re exacerbating the worst thing that will happen in many of our lifetimes. They’re causing American deaths.

Biden closed his remarks with a whispery, kind of creepy plea to “get vaccinated,” like some sage grandpa advice or a “win one for the Gipper” Ronald Reagan moment.

He should have yelled. 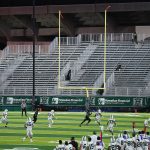 Eric Stinton: This Is Why We Can’t Have Nice Things

We have been living in an era of "ME'ism for the last 40 or so years, discard social responsibility and any greater good... Fueled by irresponsibility and conspiracies on social media that holds no one accountable for anything, yet blames everyone for anything "I" perceive as a grievance against "Me"... I am not sure that we can turn this 'iceberg' of social irresponsibility around, as they have no shame in their "Whatabout'ism" justifications as 2 + 2 is no longer 4 to them...

The hospitals where our family lives in Eastern WA and Idaho are so overrun with unvaccinated covid patients that theyâre now triaging all other crucial care. The tie breaker is age so if something happens to my spouse, he gets turned away. Hawaii health department said the same will apply here if things donât change. Vaccines work exactly as promised: to keep the virus at bay in the vast majority of people so we donât end up in the hospital. The problem with people refusing to take it is that itâs not personal choice but impacts us all by stressing our health care system and care givers and costing us millions (for those who canât see saving lives as a good enough incentive). The answer is not building more hospital beds so more people can be sick. The answer is vaccinating. Wish we didnât need a mandate for people to do whatâs right but yet here we are. Please get vaccinated so we can end this health care crisis.

When those opposed to vaccination refer to our government leaders as "dictators" what does that say about part of community of citizens?