The polarized debate over vaccine mandates is threatening to shred Hawaii's let-it-slide ethic. 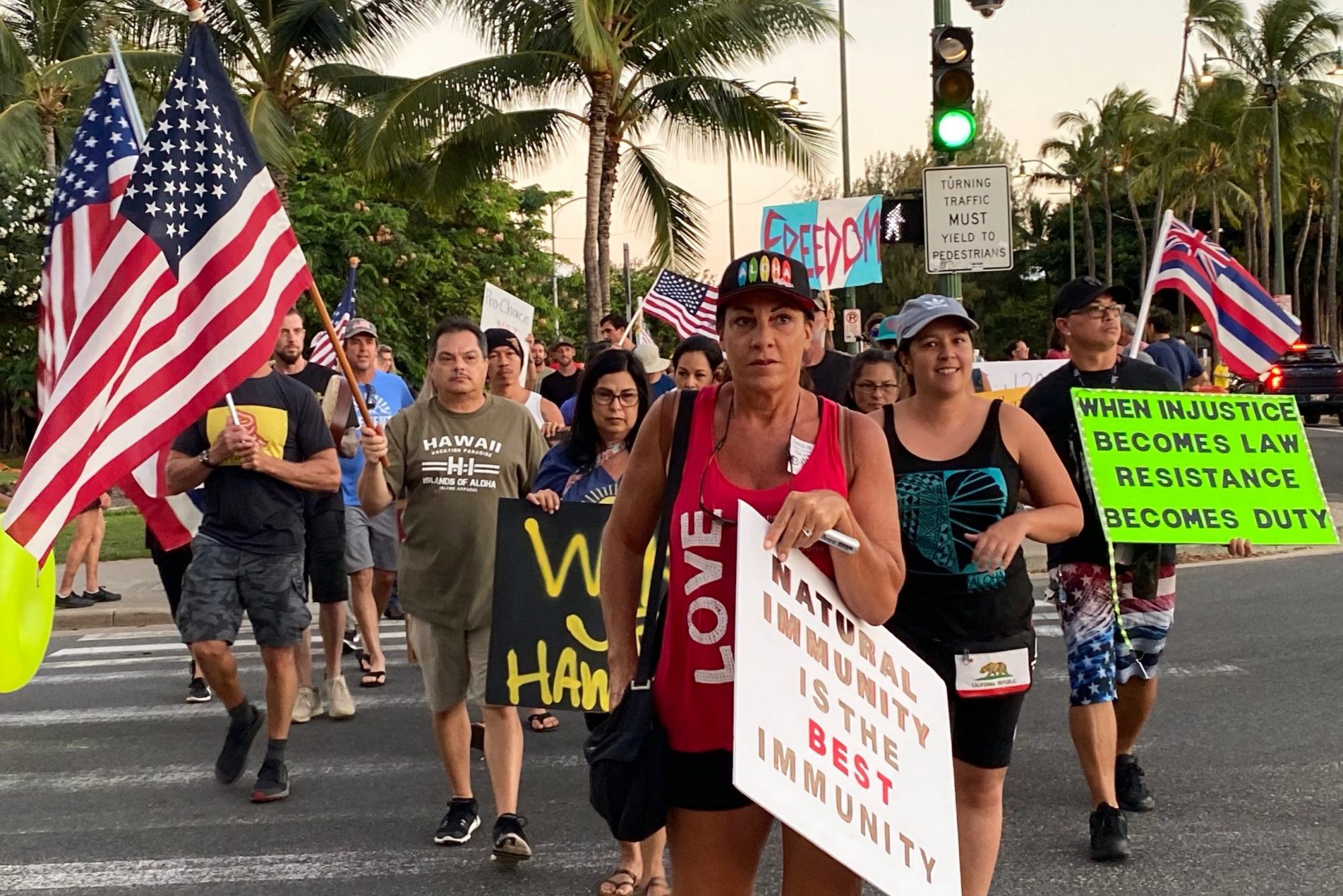 We are all becoming soldiers in Hawaii’s own version of the culture war. The unifying power of aloha is the collateral damage.

People of Hawaii, welcome to the rest of America.

Traditionally, the idea of aloha has been used to bring people together. But thanks to the pandemic, aloha has become a cudgel people on one side use to get back at the other.

Here is how this is happening and why the change will be long-term and sad.

A few years ago, I was helping a small but very diverse group discuss Hawaiian sovereignty. They got to talking about what it means to be Hawaiian. It depends, they agreed. When it comes to allocating resources, say through Hawaii homesteading or Office of Hawaiian Affairs funds, they thought the definition of Hawaiian needs to be rigid and precise because it was necessary to do a sorting that was definitive.

But it was different when they talked about culture, especially aloha. They shared the idea that practicing aloha is culturally what makes a person Hawaiian — or as one group member put it, “Hawaiian at heart.”

Practicing aloha was a ticket to enter. No one had trouble talking about what precisely aloha meant because it is not necessary to have a precise meaning.

Aloha has a very open definition if you can even call it a definition at all. It involves a both/and rather than either/or. The ambiguity creates opportunity. No high walls or strict criteria.

Aloha has remained so important for so long because the term is a shape shifter.

Obviously, like “Hawaiian at heart,” the definition of aloha is not precise. Its power survives precisely because it isn’t precise. So, it is easy to fit in. Under most circumstances, claiming to aspire to aloha is enough.

Aloha In The Time Of Covid

The leading anti-Covid-mandate organization in Hawaii defines itself — wraps itself up — in terms of aloha. Its name is The Aloha Freedom Coalition. It is dedicated to “maintaining freedoms, preserving aloha, and protecting ohana with the spirit of aloha.”

Anyone having trouble figuring what AFC is trying to do there?

Readers were offended by the group’s use of the word aloha, arguing that their tactics, such as getting in people’s faces, were a far cry from what the term means.

An aloha contest. The turf battle lines are drawn. Aloha is both the turf to be fought over and the weapon used to fight.

The term itself becomes the punch and counterpunch in the battle over who’s right and who’s wrong.

It’s a brawl, and in a brawl, there are no holds barred. That reduces the cultural power of aloha, which depends on something totally different from setting boundaries and stressing differences.

Sure there are people, including politicians, who appropriate the term and wrap themselves in aloha just as the Aloha Freedom Coalition is doing, just as huge companies use the word “ohana” as if their CEO is Papa and its thousand or so workers and passengers are their keiki.

The conflict over mandates and vaccines is very different. It is as let-it-slide averse as you can get. The stakes are life and death, good and evil, science and superstition, liberty, and tyranny. Here, aloha is a concept used as a way of making the other an out group.

Aloha In Years To Come

Let’s be clear. On the merits, I am against what the anti-mandate people stand for. Their arguments are wrong legally, scientifically and philosophically, and they do threaten lives.

My point, though, is that whatever side you are on, the Covid-fueled battle over aloha frays the social fabric in ways Hawaii is not used to and really has no good way to stop.

It has legs and is going to change us.

In comparison, the conflict over the Thirty Meter Telescope is a game of rock-paper-scissors.

The idea of the aloha spirit has helped keep Hawaii a let-it-slide kind of place, much more about empathy than judgement.

That works well if there is no serious polarization and if the sides don’t see one another as an evil, existential threat. Or for that matter, as long as there are not just two sides.

Now all of those as-long-as’s are diminished. There is every reason to believe that the consequences of the mandate/vax conflict will linger.

Try to imagine a group with diverse views like the one I described at the beginning, only this time the issue they discuss is Covid, where big-ticket concepts like sin, death, selfishness, family, liberty and tyranny are central.

People would understandably spend their time arguing why they are right and why the other side is totally wrong.

If aloha comes up at all in that situation, it would be more as a weapon to capture the flag rather than as a shared cultural device to bring people together: “I have aloha and you don’t.”

In all the time I have lived here, I have never seen people so agitated. Those basic differences and deep passion are not simply going to disappear.

It could lead to new political coalitions. It will also lead to more distrust among neighbors, who discover that the person they thought they knew turns out to be someone they do not know well at all. Or care to know anymore.

It’s another indication that Hawaii is going to be a very different place after Covid.

It’s also another way Hawaii will be more like America. 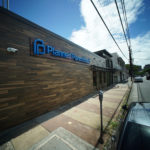 Texas' Abortion Law Is Not Just Oppressive, It's Hypocritical

I just read this interesting story.  I wish all the anti-vaccers would remember his words:"HONOLULU (HawaiiNewsNow) - Back in October 2020, Chris Wikoff helped co-found the Aloha Freedom Coalition â the group most vocal against vaccination mandatesâ¦Earlier this month, he and his wife tested positive for Delta variant of the COVID-19 virusâ¦Wikoff, 66, still needs help breathingâ¦I was in a bed. I canât move, I canât breatheâ¦I was afraid I was going to dieâ¦.He said he asked the Aloha Freedom Coalition to remove his nameâ¦I no longer want to participate. I want to mind my own businessâ¦"

I think the government, CDC, etc. should provide a much more complete picture of c-19 statistics as this may help the conversation regarding vaccinations, treatments and risk factors.  I recall from the start of this thing that at the most severe end of the spectrum this disease was around 1.0% fatal.  It would appear that this number holds true today.  Ebola on the other hand has around a 90.0% fatality rate.  What is missing are all the details regarding that 1.0% that where not able to fight off the virus because that is the relative information.  We get the score card every day regarding cases and deaths, but nothing in between.  If 99% of C-19 deaths root in having "pre-existing conditions, or underlying circumstances" would not those details be very significant for public safety?  It would appear to be very important to know and be able to address.

With all due respect, Mr. Milner, I don't think this pandemic and all that it involves has anything to do with any one culture.  This pandemic is all about how tribalism distorts the facts.  When you have certain leaders spewing false statements early on and then certain media perpetuating the lies despite the hard evidence of the facts, you have these diehard tribes continuing the lie, even if they hide it under another name.  We need to start calling them out for what they are. Or else what you will have is another January 6 incident. No one is saying you must get the vaccine, but there is everyone's right to deny you a job, deny you entrance to a facility, and even deny you the right to continue to lie.  And when you get so sick you will need services, I hope your disconnect with the facts provide you the courage to deny yourself our help. Too many people have died from this pandemic who tried to save people that denied that this virus is real.  And that has nothing to do with Aloha.