Chad Blair: Do We Really Want Deadly Drones Based In Hawaii?

The unmanned aerial vehicles augur the future of warfare, but the cost to civilians is hardly negligible. 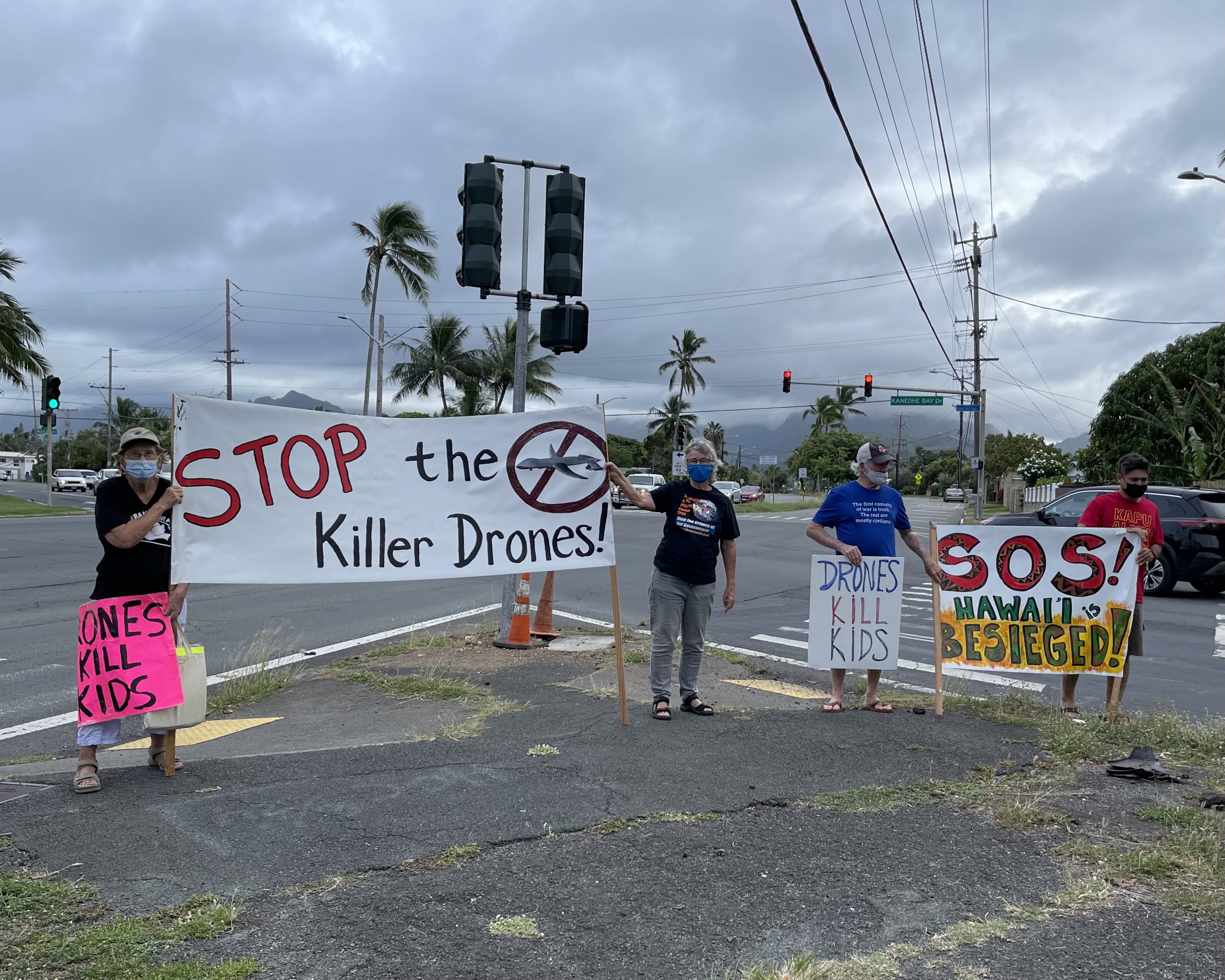 On Friday, the Marine Corps and Air Force are scheduled to wrap up exercises involving MQ-9 Reaper drones in Hawaii.

The Agile Combat Employment Reaper exercises began Sept. 8 and represent, according to my colleague Kevin Knodell, the first time this particular drone was flown from the mainland to the islands.

“As the U.S. military shifts its attention from the Middle East to the Pacific, it’s looking to drones to further its reach over the vast blue expanse,” Knodell wrote last week, explaining that as many as six of the aircraft are to be stationed permanently at the Marine base in Kaneohe.

The news did not go unnoticed by some Hawaii folks who have long protested the militarization of the islands.

They included Ann Wright, who served 29 years in the U.S. Army and Army Reserves and retired as a colonel.

Wright — who resigned from the U.S. government in 2003 in opposition to the U.S. war in Iraq — and a half dozen or so other residents demonstrated outside Marine Corps Base Hawaii on Sept. 24, holding signs that read “No Reapers!” and “Drones Kill Kids.”

At the same time, activist Jim Albertini — who heads the Malu Aina Center For Non-violent Education & Action — and a few other like-minded Big Island denizens held signs of their own (e.g., “Ban Killer Drones”) in front of the downtown post office in Hilo. Leaflets were passed out at the vigil and at least one protester, dressed as the Grim Reaper, held a sign that read, “I Love Killer Drones.”

In emails to Civil Beat publicizing the protests, Wright and Albertini both called the Reaper drones “assassins.”

In fact, the military says the drones in question, which have wing spans of 66 feet, are not armed and are to be used for surveillance and reconnaissance.

But the name Reaper, as a former Air Force chief of staff said in 2006 when the name was announced, is fitting, “as it captures the lethal nature of this new weapon system.”

The chief of staff in the same article on the Air Force’s website said of the unmanned aerial vehicles, “We’ve moved from using (drones) primarily in intelligence, surveillance and reconnaissance roles before Operation Iraqi Freedom, to a true hunter-killer role with the Reaper.”

The Hawaii drones may not be armed — “for now,” as Knodell wrote — but it seems very likely they will be very soon. And that has folks like me struggling with the moral consequences.

As Wright and Albertini remind us, the U.S. drone strike on Aug. 29 that killed as many as 10 civilians — including seven children — was mistakenly thought to target a car carrying explosives from ISIS.

“It is time for people of conscience to stand up and join in peaceful protests of the increasing militarization of Hawaii and threat of nuclear war,” Albertini said.

I am not naive. War has always been with us. And with the Biden administration’s shift away from Europe and the Middle East to focus on China and Russia, the role of the U.S. Indo-Pacific Command will only grow in significance.

But I fear America’s 20 years in Afghanistan will be remembered more for its ugly denouement than for the bloody, costly mistake it was.

President Biden declared that the end of our involvement in Afghanistan was the first time the U.S. has not been at war in two decades, but that’s just not true. As the New York Times reported last month, “In a letter to Congress in June, Mr. Biden listed all the countries where American troops are operating against various militant groups — from Iraq and Syria to Yemen to the Philippines to Niger.”

It seems clear that much of our future fighting will be via drone strikes — an “over the horizon” offensive posture rather than “boots on the ground.”

Hawaii’s own Tulsi Gabbard, in speaking to Fox News’ Tucker Carlson about the Kabul drone strike, said that fighting “Islamic jihadists” leaves the U.S. with two choices militarily: “Number one, we can continue to invade and occupy in nation-building countries around the world — just as we did in Afghanistan at great cost. Number two, we can take a targeted approach using airstrikes, using our special forces to go in and go after these terror cells.”

Gabbard concluded “that the cost to civilians will be far less if we take this very targeted approach.”

I respect Gabbard’s view as a military veteran, but I am less certain that the civilian cost is negligible. Reports have circulated in recent years that using drones, while done remotely, can be traumatic, both to the survivors and the military personnel who fired the weapon from afar. I recently read a report about a military drone operator who described how upsetting it was to watch a child attempt to put the pieces of a parent back together after a deadly drone attack.

In July, a former U.S. Air Force intelligence analyst was sentenced to 45 months in prison after pleading guilty to leaking government documents exposing the inner workings and “severe civilian costs” of the U.S. military’s drone program, The Intercept reported. Daniel Hale told the sentencing judge that he believed it “was necessary to dispel the lie that drone warfare keeps us safe, that our lives are worth more than theirs.”

Meanwhile, China, Iran, Russia, Turkey, Azerbaijan, Armenia and even ISIS and Mexican drug cartels are all either using drones regularly or intend to build or obtain more. It’s the “future of warfare,” says The Washington Post.

In a world where flying drones are becoming ubiquitous — from buzzing Ala Moana Beach Park to Amazon’s planned 30-minute delivery system Prime Air — it’s also only a matter of time before an enemy uses it to kill Americans in our country. 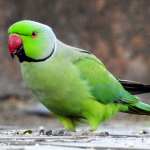 If they help keep my soldier son alive, I'm all for them.

Articles such as these remind me of the book by U.S. Marine Corp Major General Smedley Butler, "War is a Racket".

If Pearl Harbor echos through history you should hear voices crying out to be prepared for what ills other nations may inflict on us. I welcome them, especially since we seem to be in an area of growing tension.