Neal Milner: The Worst Job In Hawaii May Be School Superintendent

People look to superintendents to transform schools, when schools are beset by deeply ingrained structural problems beyond their control. 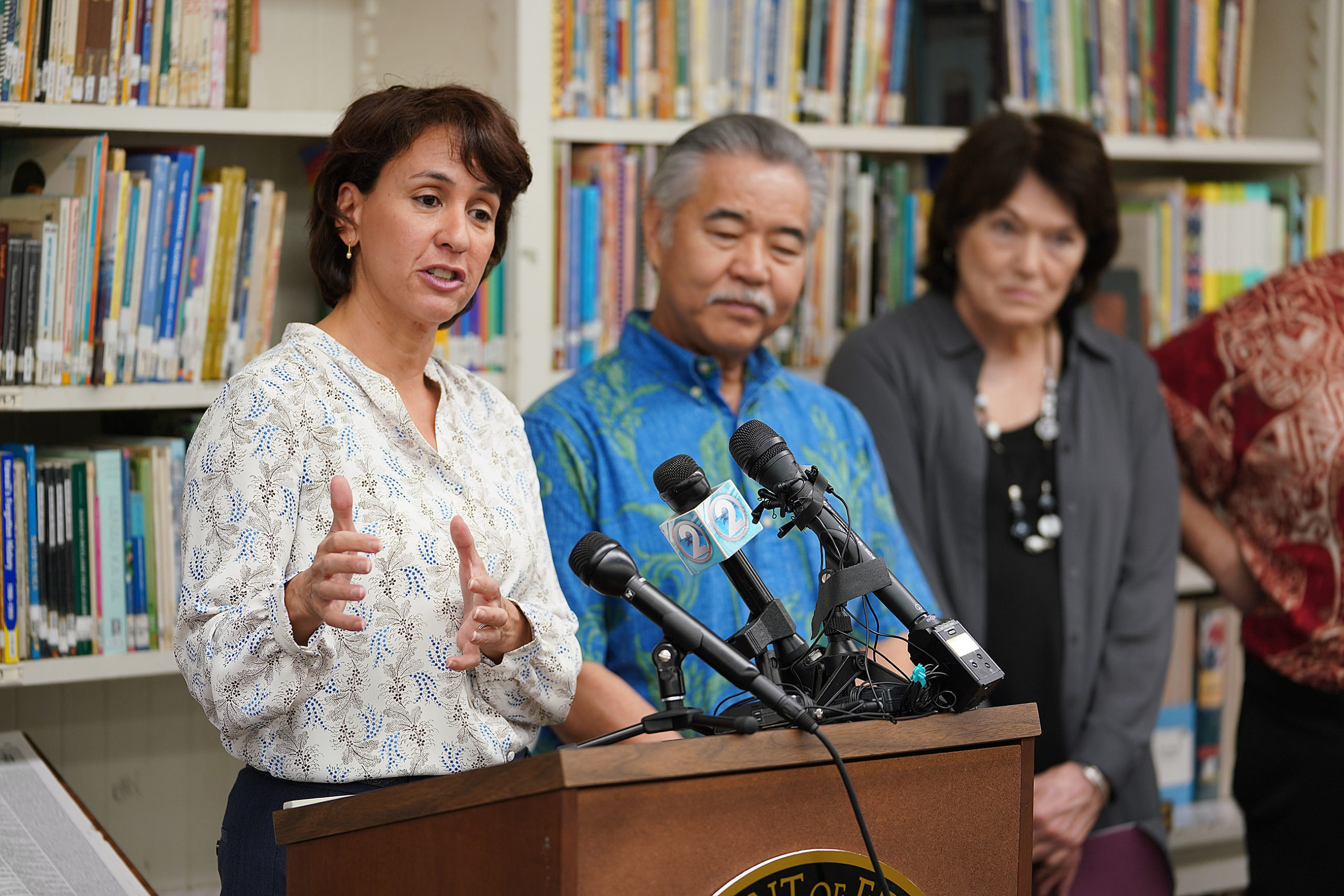 The state’s Board of Education has decided that it needs more time to select Hawaii’s next school superintendent.

The board wants to bring a consultant into the process and make it more deliberative. Sure, follow best practices. Good idea. Kind of.

The real issue behind the search for any major superintendent’s job, though, is not about the nature of the search. It’s this:

According to Michael Casserly, an expert in school superintendent recruitment, “There’s not very many positions either in the public or private sector where you have this unusual stew of race and religion and income and language needs with everyone struggling over the one thing they care about the most, which is their children.”

This “makes the balancing act and the political demands, plus the demands for results, more acute than almost any other CEO-like position in any field one can imagine.”

Take that, Mark Zuckerberg — who, by the way, donated $100 million attempting to reform Newark, New Jersey schools. The initiative failed in part because of community resistance to the new school superintendent.

Last week DOE officials had a meeting with the Board of Education. It was a miniature version of the things that make being a school superintendent a terrible job even though it was not about the superintendent at all. Anyone thinking of applying for the job here would have seen what she would be up against.

DOE got together with the board to discuss the dramatic drop in student test scores during the pandemic. Scores that have been historically mediocre, and in fact stagnant since 2015, dropped in all categories. Hawaiian and Pacific Island students declined the most.

In the eyes of the public, nothing is a more important measure of school success than test scores. The numbers are a Jumbotron scoreboard of school quality.

So, there it was, a potently critical combination of low scores and a lingering pandemic. The pandemic is likely the main reason that Christina Kishimoto, the state’s last superintendent, saw the handwriting on the wall and quit before her contract wasn’t renewed. She lasted four years. The national average is only five.

In Kishimoto’s case, parents complained a lot publicly about DOE’s response to the pandemic, with much media coverage. So did the teachers’ union and principals. That’s a lethal coalition of people often at odds.

When it comes to running the schools, though, this was just a moment in time. All the issues that came up directly or indirectly in that meeting — chronic absenteeism, racial and economic disparities, concern about the fragile reputation of the public schools, the need for, as someone put it, “community mobilization” — are old issues that won’t go away.

They won’t go away because given the way things work in Hawaii, they are entrenched, rooted and structural.

The meeting was more about shock and awe — “extremely alarming,” as one person at the meeting put it — than about what needs to be done.

But two chronic issues came up. One was who can best fix the problem — the school principals or the DOE itself. This is a baby step in the historical struggle over how centralized Hawaii’s school system should be.

It’s very centralized, as in state superintendent, more centralized than any school system in the country.

The early justification for a centralized public school system was that it would be more equitable and efficient. Instead, equity and consistency have turned into intractability and inefficiency.

Add to this the Legislature’s and governor’s control of the DOE budget, along with political meddling, and the DOE finds itself in a weird and vulnerable position. It has little control over its budget, but whatever funds it gets tend to disappear in an awesomely inflexible, impenetrable bureaucracy.

Any important educational issue, Covid-19 response and otherwise, is filtered through these long-term, firmly-rooted factors, many of them outside the superintendent’s control.

The problem is that we expect too much from our school superintendents while ignoring the need to change things that make the job impossible to carry out successfully.

A few years ago, the education school at Drexel University published a short article “How to Become a School Superintendent.”

Superintendents, it says, need to be “transformational leaders who facilitate change to meet the challenges facing education today,” with a “strong vision of what education should be, passionate about improving the delivery of instruction, and ready to create learning environments to prepare tomorrow’s global leaders.” (My italics, indicating big-time buzz words that sound noble but in real life are rhetorical death traps.)

“Are you that person?” the blurb asks.

Before you answer “Yes, that’s me!” there’s more — those tightly screwed in nuts and bolts again, and it’s these nuts and bolts that really make the job so hard to do.

While the superintendent is busy envisioning, collaborating, global-educationalizing and predicting the future, in her spare time she also needs to act like a CEO who manages hundreds of employees while “balancing a multi-million-dollar budget.”

What a job! Change the balanced budget currency from dollars to shekels, and it could be a job description for Jesus himself.

So it’s not surprising, as that superintendent recruitment expert put it, that the job “takes a real toll on people.” Whoever takes these jobs “has precious little in the way of personal and family time.”

Number six in a list of “classic mistakes a new school superintendent makes” is this: buying a fancy car and taking a dream vacation soon after they start their job.

When I first read this, I was surprised. What kind of a tone-deaf dumbass would do something like that?

But after thinking some more about the job, I understand. It’s about the need to escape, to get quick relief from the skeletons in the closet and a resistance to change that is way more formidable and dramatic than you thought.

In my hometown of Milwaukee, new school superintendents barely have time to put deli mustard on their first bratwurst before big, big trouble begins — the kind that makes the super look at job ads and the board to think about writing another.

So why not? Buy something smooth and swift, maybe an Acura coupe with stick or a Porsche SUV, pack it with snacks and drinks and head off as soon as possible for anywhere that gives some temporary relief.

Don’t feel sorry for superintendents. They chose the challenge. But put the job in perspective. Keep in mind the deep-seated nuts and bolts political context over which the Hawaii superintendent has little control.

When we consider the school superintendent as a superhero the way those job descriptions do, we unrealistically expect superhero work.

If you focus only on the superintendent, you have your head in the sand. It’s not just an individual problem or even just an educational problem. Making it possible for superintendents to do their job is a political problem that the community must solve. As that person in the test scores meeting said, “community mobilization.”

Don’t expect the school superintendent to do that work for you.  She can’t. 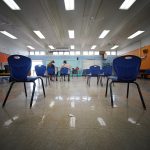 This problem is easily saved. Well, not easily, but parents took responsibility of helping their children with school work, being ready, have food in the morning, and creating an environment for learning. Turn off the TV for an hour, just 1 hour, and just do homework or reading to them. Consider this a high paid part time job! The results are worth every minute. Just try!

That's why we shouldn't have government run schools. Vouchers are not only way more efficient but they eliminate a lot of legal issues. Individual Freedom & Responsibility Works.

The DOE has become the DOC: Department of Compliance. Students and teachers, including counselors and registrars, require a Department of Support. When are students and teachers asked, "what do you need?" Never! Why? The politically constructed needs of the centralized system are more important than student literacy. An example: 140 minutes per week for administration, after student dismissal, and 80 minutes per week for study hall, after student dismissal.