Eric Stinton: Red Hill Should Change The Way We Think About The Military - Honolulu Civil Beat

Eric Stinton: Red Hill Should Change The Way We Think About The Military

The economic value of the military presence in Hawaii should be weighed against the environmental and other costs. 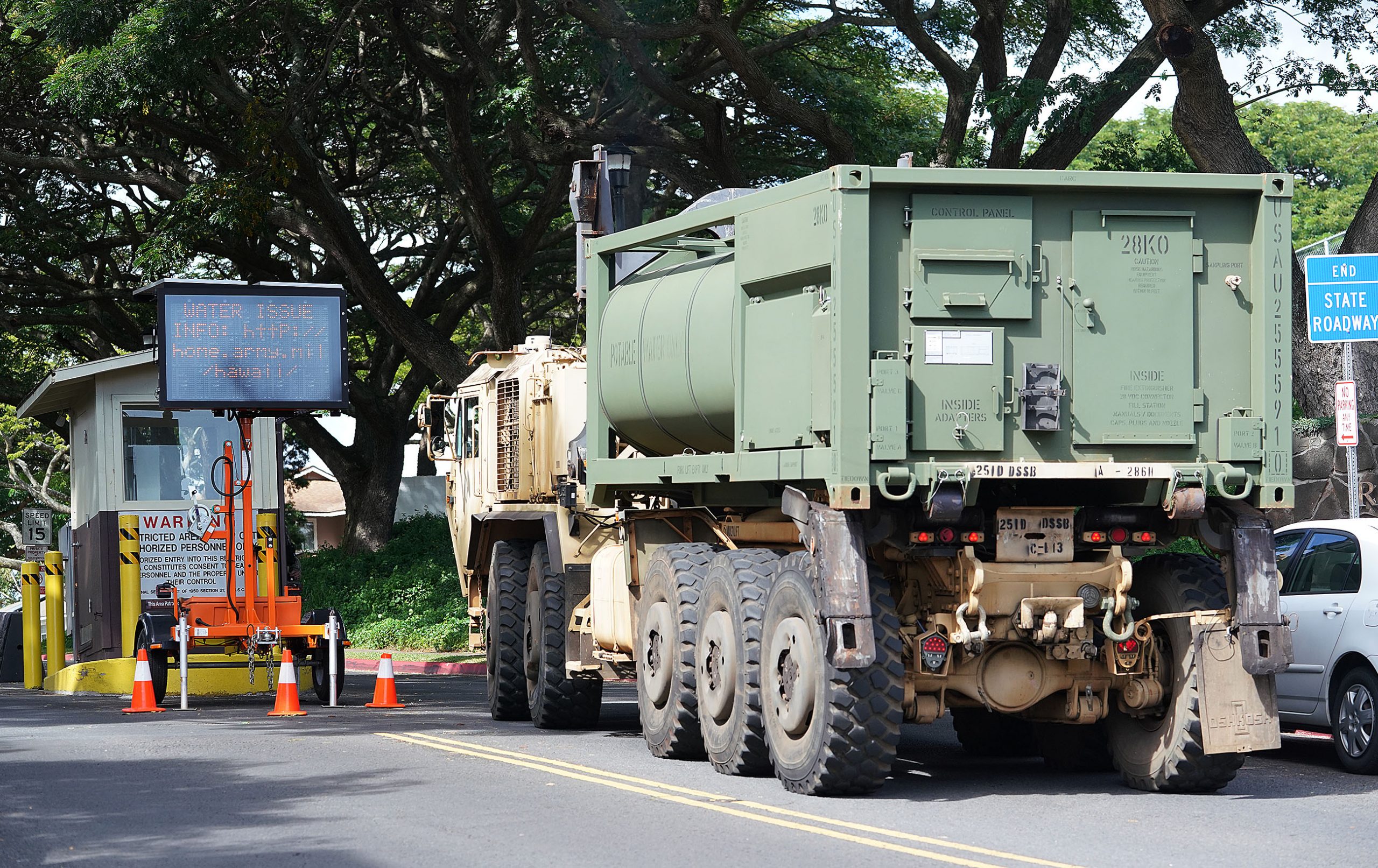 Two weeks ago, a group of World War II veterans came to our school to commemorate the 80th anniversary of the attack on Pearl Harbor. It was, among other things, a reminder of how singular that event still is, in the lives of the veterans as well as in our broader national consciousness.

For the veterans who visited us, an hourlong attack that took place during their late teens and early 20s continues to define their lives, despite another 80 years of life in the interim. And for most Americans, those veterans represent the prevailing image of the military: the glorious World War II era when soldiers had no choice but to risk it all for the fate of the world.

That image was never true to begin with — the ethics of war are complicated, but I’m not convinced that forcibly sending hundreds of thousands of youths to their deaths is an unequivocal virtue – but time has only further ossified that rosy mythology in our collective imagination.

At the end of my school’s commemoration ceremony, a speaker implored the audience to thank the veterans for their service, and for keeping us safe. Most of the audience reflexively obliged; it is common courtesy to thank any veteran we interact with for those exact reasons. Though I think we should absolutely honor the courage of those veterans and appreciate the weight of their service, I’m not sure how exactly they kept us safe. If anything, the military didn’t protect Hawaii during the war so much as make it a target.

People can bicker about what would or would not have happened if there had been no U.S. military presence in Hawaii during World War II, but in reality, Hawaii was attacked because the military was here. It stands to reason that if something is the cause of the damage, it can’t also be the protection from it.

There will no doubt be people who read that as criticism of veterans, even though it’s obviously not; there is a profound difference between individual soldiers – especially those who were conscripted into service – and the broader institution of the U.S. military.

But even mild critiques of the military are often met with patriotic outrage, as if a specific institutional criticism is no different than spitting in the face of your uncle who took a bullet for his country. Military culture is particularly effective at subsuming the identities of those who are in it, so it’s easy to understand why criticism of the military is often received as criticism of military members.

This dissonance was on display when news broke of drinking water contamination apparently caused by a Red Hill fuel tank leak. As more details emerged, some people were shocked by the Navy’s negligence, dishonesty and casual disregard for the public they’re supposedly protecting – and another group of people was shocked that it took this long for the others to be shocked by any of this.

How we talk about the military — what it is and what it does — is still couched in wartime nostalgia and freedom-fighting cliches from a century ago. Red Hill is just the latest in a grotesque history of ecological disasters wrought by the U.S. military: destroying jungles with diesel fuel and Agent Orange; dumping nerve agents and radioactive waste directly into the Pacific Ocean; storing nuclear debris in a concrete dome that’s leaking into the sea. And that’s just a few examples from one specific region of the planet.

When these stories arise, they are swiftly met with denial on behalf of the military, which is only refuted by an undeniable human toll. That was the case in the Marshall Islands, Guam, Okinawa, and now Hawaii.

The ease with which military officials deny and dismiss these criticisms is by design. The U.S. military is the world’s most formidable force, and when it is backed by a population that thinks of it as a hallowed cornerstone of our daily freedoms, any sacrifice – even the health and safety of military members and their families – is justifiable.

If we were honest, we’d acknowledge that it has been a long time since we could make a defensible claim that the military protects us or our freedoms. One can debate the merits of America’s post-World War II military actions across the world, but it’s hard to argue that our way of life or civilian freedoms have been directly threatened in a lasting way.

Red Hill demonstrates the opposite to be true: the presence of the military actively endangers people, and has done so for decades if not longer. The military is not here to protect people, or even constitutional freedoms. It is here to protect interests, and usually those interests have little to do with you and me. That’s how we need to think about our relationship with the military in Hawaii: it’s transactional, not sacrosanct.

If we were honest, we’d acknowledge that it has been a long time since we could make a defensible claim that the military protects us or our freedoms.

That isn’t to say there are no benefits of the military presence here whatsoever. One of the reasons why local politicians have always been hesitant to attempt to regulate – or even modestly criticize – the military here is that there is a significant economic benefit from its presence. There are roughly 150,000 military members and dependents in Hawaii, and the Pearl Harbor shipyard is the largest industrial employer in the state, with over 7,100 employees, most of whom are long-term residents. Behind tourism, the defense industry is the largest economic driver in Hawaii.

There is real value in those economic benefits, and we should be weighing those benefits against the costs of such a pronounced military presence in the islands. But that isn’t possible when a substantial chunk of the population sees the military as too important to criticize, or takes any criticism of the military as a personal affront. At least Red Hill seems to be getting people to reconsider how they view the military, as well as how they view themselves in relation to the military.

Reframing our relationship to the military is certainly not an insult to service members or civilians who benefit from it. But it is vital to change how we think and talk about the military if we are to honestly address the legitimate problems it causes, often without consequence or responsibility.

You may think the economic benefits of the military outweigh the occasional water contamination, or that providing jobs is a fair exchange for making Hawaii a potential target in future wars. Reasonable minds may differ, but as long as you’re not pretending that free society will crumble if we hold the military accountable for its actions, we can have a meaningful discussion.

The question is, then, at what point do the problems outweigh the benefits, and do we want to reach that point before we do anything about it? 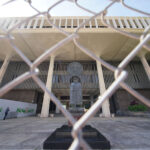 Danny De Gracia: Christmas Would Be Merrier If We Could Fix These Five Things

so the u.s.a. nationalist  turned globalist sent manufacturing of goods mostly to china. helping china to become a super power in a short time. now the u.s.a. has a beef with china in the western pacific, africa, south america and the oceans. could it be the same group that enabled china's rise be that same group who wants to spend trillions of taxpayer dollars for a cold or hot war with a country in which they were complicit in their rise? what a racket. google smedly d. butler. isn't china doing what all civilizations eventually do? good article in a short span.

Yes...thanks for doing a great job explaining that reevaluation of the value of military is not disrespectful.They are one of the greatest self promoting /propaganda machines. Hawaii has a resource that the military wants...position in the Pacific and Land. How about just charging rent at current market value. They need our workforce to operate here. We are not obligated to thank them. They want to be here, pay up! I hope we all know that traffic problem from the West side is do to Pearl Harbor. I hope they are paying hefty rent for that gated property that they selfishly do not allow the rest of us to build a bypass/bridge to ease traffic. Only +-200,000 service people and they are controlling so much. Let's get some cash to fix up Hawaii for the rest of usð¤ð¼ð¤ð¼

"How we talk about the military is still couched in wartime nostalgia and freedom-fighting cliches from a century ago"My father was in the Navy in WWII, but Iâm 66 and grew up during the Vietnam War. We certainly did not have a rosy image of the military in the 60s, especially not of the leaders both in the military and in the government. (By the way, my parents, part of the "Greatest Generation," also opposed the Vietnam War.)But the writer is youngâ¦