Societal trends have turned Christmas into an interfaith holiday, but much has been lost along the way. 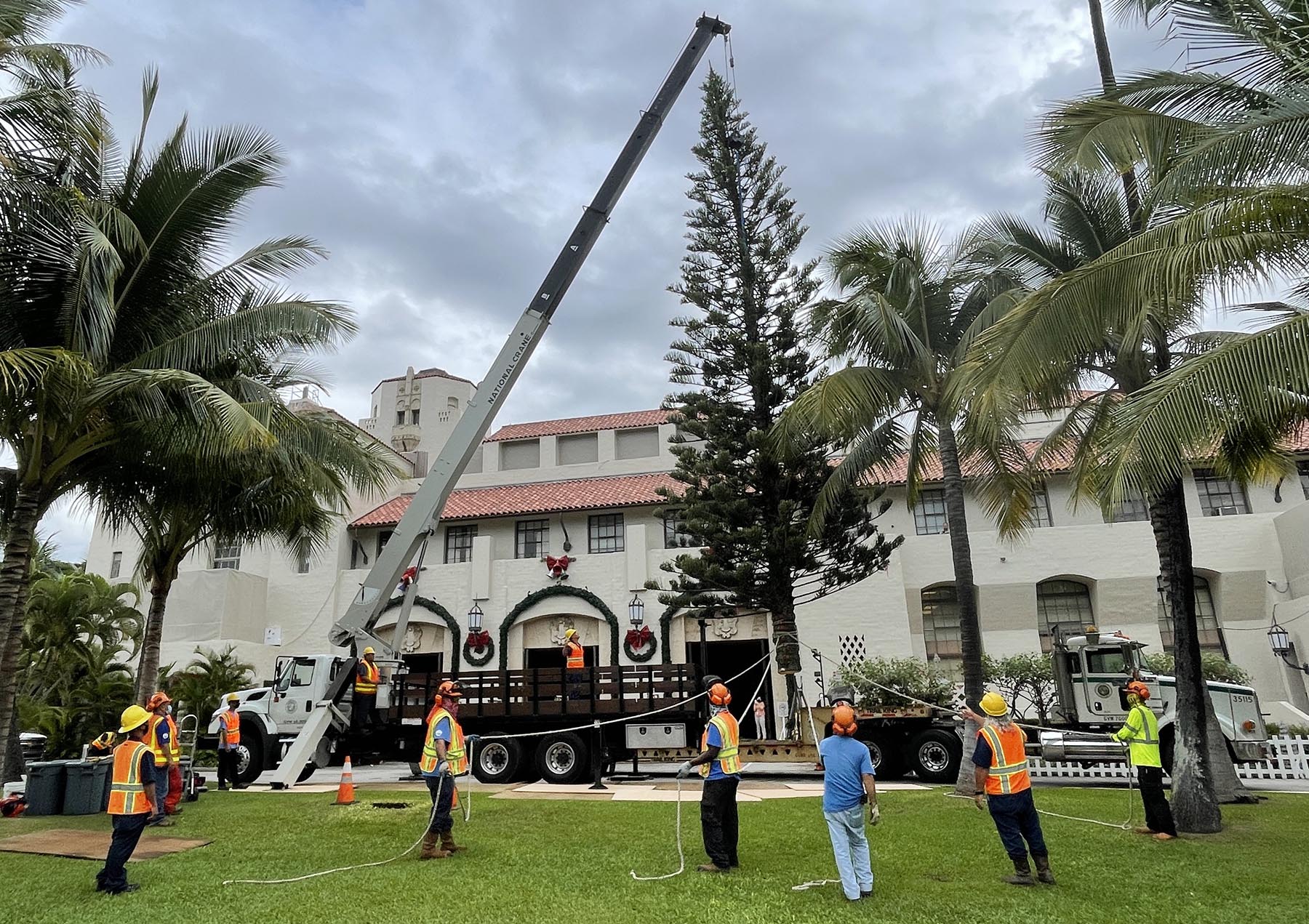 Jewish students like me — this was back when the Founding Fathers were still the Founding Keiki — celebrated Christmas in our public school just as if we were students at St. Catherine’s up the street or Calvary Lutheran a few blocks away.

No nuns, no difference. Talk about a porous wall of separation between church and state.

We were students. It was our job. So, we decked our school’s halls like everybody else. Falalalala in the daytime, Hebrew school later.

We sang “Come All Ye Faithful” and “Silent Night” with a twist. My Jewish classmates and I didn’t know or care about the ins and outs of Christianity, but we did understand the Big Difference:

Jesus was their newborn king — hark the herald angels — while Christ was not our God. No harking at all.

So, we would sing all the words but only mime Christ’s name: “The little lord __ lay down his sweet head.”

And our parents were OK with this. No protests, no worries. Emotional damage? What are you talking about?

Parents were certainly not trying to assimilate or succumb to the powerful temptations of Christmas. No way we wanted to be Christians. Are you kidding me?

They did not worry about Christmas because they did not worry that we would lose our Jewish identity. This maintenance happened in large and small ways. Just say it was the way we lived, everywhere and all the time.

Bottom line, though, is that whatever we did in school about Mary, Joseph, and the manger, we knew that Christmas was a Christian holiday celebrated by Christians.

Whatever blending and singing went on at school, Christmas Day was separation day.

Christmas Day, my Catholic and Protestant friends did Christian things, like going to church, exchanging gifts, admiring their trees.

We did not know exactly what they did because we weren’t there.

I never celebrated the holiday at my friends’ homes. They never celebrated our holidays with us. On Hanukkah, which coincidentally falls close to Christmas, we never invited any of our Christian friends over to eat latkes, light the menorah candles or hear the stories about the miracle of light.

Memories, rituals — they had theirs. We had ours. Fine. Time to go watch Milton Berle.

There was a mutual understanding that both Christmas and Hanukkah were distinct faith holidays that neither group shared. Not because of any secret rituals or distrust, but because, well that’s just the way things ought to be.

In school, then, there was a low wall of separation, but socially the separation was high and strong.

Things were better then. It’s not just nostalgia talking here. There has been a profound change in our culture. In the name of tolerance, we’ve become unanchored and adrift. Christmas is a big contributor to this.

So here is my Christmas story. Christmas is no longer a faith holiday. It’s an interfaith one.

It has become a less distinctively sacred Christian holiday and more of a melded one, and that’s a problem.

According to the Supreme Court, Christmas is a national holiday. That’s not the way I consider it.

Blending like this threatens those nurturing walls of difference that keep us anchored.

To understand why, we first need to understand the reasons for the move from faith to interfaith.

Religious intermarriage rates are way up. Compared to 50 years ago, almost four times more marriages are inter-faith. Today one in five newlyweds are from different faiths.

The majority of Jews are now in mixed-faith marriages (I am not one of those, but my son, brother and many of my Jewish friends are).

Churchgoing, spending time on the story of the birth, or any kind of organized worship — those have gone out the window in a really big way.

Organized religion is much less a part of peoples’ lives now. Church attendance, especially in mainline churches, is way down.

Today, 30% of the population say they have no formal religious affiliation — “nones” as the social scientist and minister Ryan Burge calls them. Nones are the fastest growing group.

When it comes to Christmas, nones are likely to be somewhere between pragmatic and not really caring very much: “You want some Christmas stuff, sing a few carols, I’m cool with that. Just don’t expect me to go to church with those old defining rituals that certainly don’t define me.”

This is a problem for Christians wanting to put the Christ back into Christmas.

It’s also a problem for me because I want Christ to be put back into Christmas, too.

Despite its heartwarming aspirations, interfaith Christmas makes me feel uncomfortable. It threatens my own distinctiveness that used to be protected by that high wall of social separation about religious practices.

Modern Christmas exaggerates our commonality and flattens the essential bumps of our differences.

Recently there was a mass holiday season, multi-religious gathering on a two-mile bridge over Milwaukee’s river valley. The chair of a local Jewish organization loved this. “It’s really about bringing people together and letting people practice the religion of their choice,” she said.

No, it’s not. It’s a happy-talk prayer-time buffet where diversity replaces meaning. As my grandmother would have said, feh!

It’s not possible to recreate this world, but we need to understand what that life gave us that needs to be replaced.

Rituals are not just about theology. They are also about shared memories and cohesiveness. Rituals are ways of archiving our own memories.

That’s what Jewish families and their Christian neighbors were doing in their own ways back then.

My Aunt Sondra died at 100 last week. My mother’s younger sister, she was the last of that generation in my family. She was a remarkable woman, very cosmopolitan, very much a part of the world, and also an active, observant Jew.

Sondra was also the unofficial family historian. Many memories, many stories.

Hanukkah began during one of her first nights in hospice. A couple of her children went over to her townhouse to light the Hanukkah candles in her memory.

I think about what the reflected candlelight window must have meant to people passing by. To some, it was just a pretty display, just like those other Christmas lights nearby. Others, the close neighbors, understood it as a tribute and early memorial.

But to my aunt and her kids, the light meant something more distinct and more precious: the Hanukkah story, the smell of potato latkes, the meaning of the Hebrew prayers, and of course the family gathering over many years where we told stories that, any way you cut it, were about being Jewish in a world where most people were not.

I don’t sing carols anymore, not even with a twist. 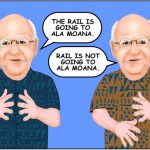 With 800,00+ Americans dead from a virus that keeps on mutating because some people won't cooperate, what anybody does on Dec 25th is the LEAST of my worries.  You do you.

Whilst we give a nod to Christmas/Chanukah/Kwanzaa/Whatever, our family really focuses on New Year's as the big day for celebration.

Neal I think you named something true and important.  Without banks the river has no power and is really a lake or a pond.  Being "nice" is not the same thing as being committed to justice and love.  Diversity and inclusion are important values but are not ultimate values.  They must serve the absolute values of love and justice.  Jesus's story points to these deeper values.  While he invited all--he made demands, like the rich young man who "went away sad"because he could not let go of his possessions to follow the call to love and justice.  A civilization based on  maximizing individual choice and desire without requiring sacrifice for a common shared purpose leads us to the lonely addicted, deluded culture we now live in and hand on to our children.  Half of Americans have fewer than three friends.  Children in America spend twice as much time with their parents than they did a generation ago.  We work longer and longer hours and are lonelier. Market metric are not enough to tell the true tale of our nations health.  Keep the Sabbath and the Sabbath will keep you.  Well said Neal!