Conservatives have been steady and strategic in what has proven to be a highly effective attack on women’s rights. 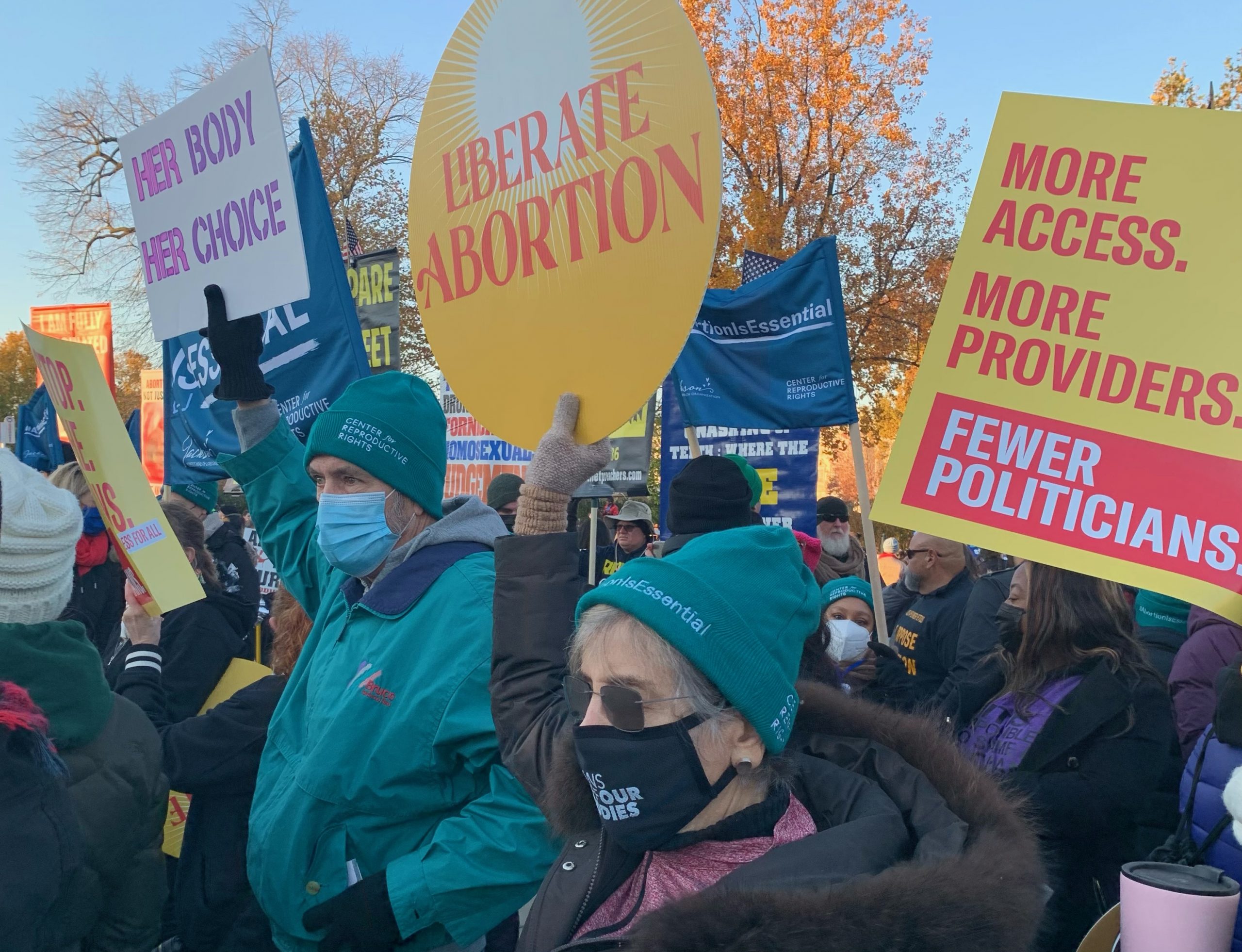 It was entirely by chance that I happened to be in Washington, D.C., this past week when the Supreme Court heard oral arguments in Dobbs v. Jackson, a lawsuit challenging the constitutionality of a Mississippi law banning abortions after the first 15 weeks of pregnancy, including those that are the result of rape or incest.

The Gestational Age Act was part of a larger strategy by conservative, anti-abortion groups to directly challenge Roe v. Wade, the 1973 Supreme Court decision that for nearly 50 years has provided constitutional protection to women seeking safe access to abortions.

As the latest case moved through the appellate court system, Mississippi has boldly and directly asked the high court to overturn Roe v. Wade.

Research by the Guttmacher Institute, a research group that supports abortion rights, shows that should that happen, over 20 states will move to ban abortion. This would effectively roll back women’s rights to a dark time in U.S. history when women were forced to resort to illegal and largely unsafe abortions to terminate unwanted pregnancies.

“Abortion is a common health intervention. It is safe when carried out using a method recommended by WHO, appropriate to the pregnancy duration and by someone with the necessary skills,” the agency says. It also says that access to “safe, affordable, timely and respectful abortion care” is a human rights issue, and lack of this access, in developed as well as developing counties, is a human rights crisis.

When the Supreme Court heard oral arguments on Wednesday, the majority of conservative justices signaled that they would likely uphold the Mississippi law, although a decision is not expected until the summer. That decision would undermine Roe v. Wade even if the justices decide not to overturn it.

This moment has been years in the making for conservatives, from the defiant blocking of President Barack Obama’s nomination of Merrick Garland to the Supreme Court, to the tactical resignation of Justice Anthony Kennedy a year and a half into Donald Trump’s presidency.

Conservatives have been steady and strategic in what has proven to be a highly effective attack on women’s rights. Senate Minority Leader Mitch McConnell, in an unholy alliance with Trump, resulted in three justices being placed on the high court — Neil Gorsuch, Brett Kavanaugh and Amy Coney Barrett — and the successful appointment of 54 federal appellate judges and 174 federal district court judges.

Since the average person hardly tracks the appointment of federal judges, much of this work happened just far enough out of sight that it went unnoticed by the general public.

People are certainly paying attention now. And thanks to the lifetime appointments enjoyed by federal judges, there is little a Democratic administration and a Democratic-controlled Congress can do to stop the steady erosion of rights being carried out by Trump-appointed judges.

Conservative groups continue to press forward. The Susan B. Anthony List, an anti-abortion group, threw $2.5 million into a digital and TV ad campaign supporting the push to overturn Roe v. Wade by claiming that science justified the overturn.

This messaging pushed hundreds of scientists and numerous science-based organizations to rebuff these claims. Scientists have pointed out the fundamentally racist rhetoric employed by modern anti-abortion groups. It is well established that abortion bans will disproportionately harm marginalized and vulnerable women.

The screams and signs were identical to those I first saw back in 1999 when I was in graduate school in the largely conservative western state of Washington. These signs, which are highly graphic, even violent, have long been a tactic of conservative groups, along with the prominent use of Christianity in their verbal attacks.

The abortion opponents positioned themselves with placards and photos of aborted fetuses as they shouted steadily into a microphone. They called the abortion-rights activists “nasty” and “ungodly” and warned they were all “going to hell.” It’s an interesting message from groups that bill themselves as “pro-life.”

In comparison, leaders on the opposite side told their supporters not to engage or speak to the anti-abortion crowd. Their chants were along the lines of “Whose rights? Our rights!” They also played loud dance music, including “WAP” by Cardi B and featuring Megan Thee Stallion. That’s admittedly not my favorite song (it’s a bit graphic even for me), but I laughed nonetheless.

The reality is that even if Roe v. Wade is overturned, women in Hawaii will still retain their right to safe abortions and other reproductive health services. We can thank our long-standing progressive state law for that.

I’ve written before about former Gov. John Burns’ courageous and thoughtful decision to allow legislation providing legal access to abortion to become law without his signature in 1970. Burns understood the fundamental importance of separating governmental decisions from his personal beliefs.

The great act by Burns that day was not only the passage of Act 1, but his conscious preservation of the integrity of his office from religious influence. By intentionally stacking the U.S. Supreme Court with justices who are likely to allow their religious beliefs to influence their judicial decisions, it’s much, much more than women’s rights that are threatened.

Also at stake is the fundamental principle that court decisions should be separate from and neutral to religious influence. Should Roe v. Wade be overturned, it would likely be because a majority of the high court has allowed personal religious beliefs to substantially influence their decisions.

Should the court impose religious beliefs onto millions of American women, Democrats should fear, and expect, that conservative and religious groups will target other rights next. Reproductive care rights. Privacy rights. Same-sex marriage.

Dobbs v. Jackson is every Democrat’s fear realized: that Trump did enough damage during his four years in office to harm civil rights for decades to come. 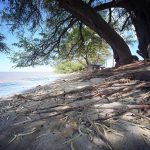 Pass Build Back Better. As A State We Can Only Do So Much On Our Own

Roe V Wade was not an arbitrary decision based on a conservative media's narrative of catch words like "pro-choice" or "pro-life". It was decision based on the protections of privacy provided by the 14th amendment as well as equal protection. It is the basis for several important decisions-Brown V the Board of Education, Griswold V Connecticut, Eisenstadt V Baird, Obergefell V Hodges. It also nullified the Dredd Scott decision. This cloaked deception and backwards logic that many in our SC has, and the omission of that fact in our media as to why this is important, will damage all those decisions like a set of dominoes.      Before Roe V Wade, States were all over the place. Some states even outlawed contraception to married couples (Griswald V Connecticut).    States have shown over and over again their inability to understand basic human rights or needs, in fact we even had a civil war over that issue. These are not issues that blow with the wind. These are fundamental to freedom, and fundamental to the equal rights of women. One rule, one law to protect us all. Not 50 different "interpretations". Just look at the chaos caused by striking down the voting rights act.

Just an observation, but it's interesting how many conservatives are generally against mask and vaccine mandates because it's the government basically telling you what to do with your body, but to many of those same people it's okay to tell other women what they can and can't do with their bodies.Quite hypocritical.

Guys, you have no idea how indescribably sick and tired I am of the extent to which the abortion debate in the United States has been monopolized by the extremists on both sides. Most people I know are of the same opinion as I and wish for a reasonable middle ground that may vary somewhat from state to state, similar to how other advanced economies do it, e.g., within the European Union.