Denby Fawcett: Ige Needs To Speak To Our Hearts And Our Hopes - Honolulu Civil Beat

Denby Fawcett: Ige Needs To Speak To Our Hearts And Our Hopes

Gov. David Ige's eighth State of the State address was his strongest yet. But it still fell short of truly connecting with the community's pandemic-fueled anxieties. 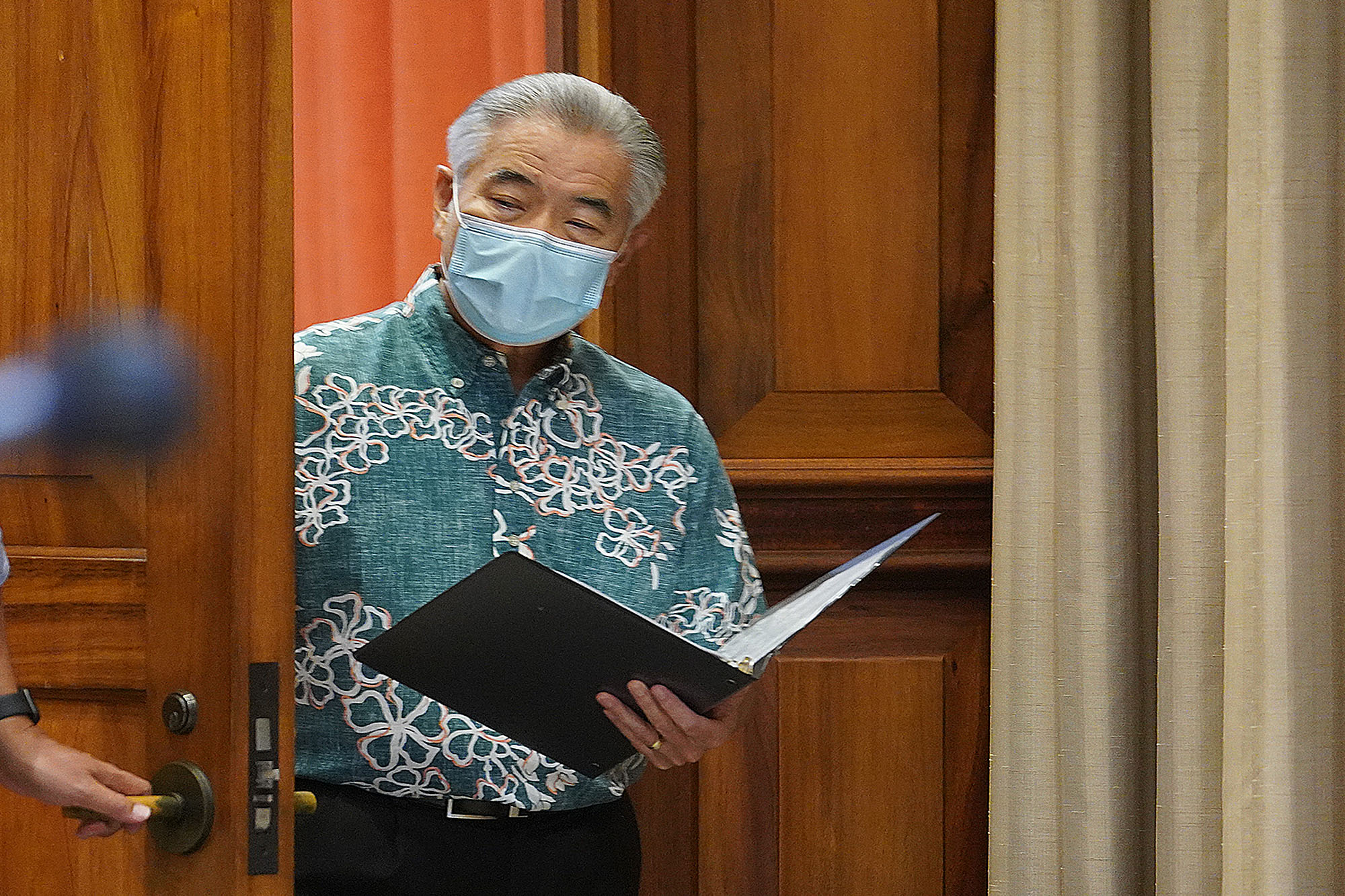 It there was ever a time for Gov. David Ige to deliver a soaring Winston Churchill type speech to acknowledge the anxiety that has battered the people of Hawaii for nearly two years of the pandemic, it is now.

The governor made a great stab at it Monday in his final State of the State address. But he didn’t go far enough.

At the beginning of the address, he noted the hardships people have endured during the pandemic, the personal milestones they have had to delay.

“In many instances, we’ve had to choose between what is best for ourselves as individuals and what is best for us as a community,” Ige said. “As a state, we’ve never been one to take the easy path. Instead, we choose to do the right things for the right reasons.”

Ige kept calm when his teleprompter momentarily went blank, resuming in a strong voice that held until the end of the address when he choked up with emotion. This was Ige’s strongest speech in the eight years he has been in office.

The State of the State is usually a boring laundry list in which governors annually lay out their administration’s accomplishments and introduce proposals for the Legislature to consider during the coming year. Ige this year tried to make his State of the State more personal, speaking humanly instead of in his usual flat technocrat tone.

He went partway down the road to acknowledge what people in Hawaii have been through but fell short of noting the continuing anxiety in the community. I wish that before he leaves office the governor would speak again solely and directly to the people of Hawaii in real terms about what they have suffered.

It may be asking too much of any of Hawaii’s political leaders today, most of whom lack the sophistication to write brilliant rhetoric, to note with compassion peoples’ emotional disarray as they move into yet another year of the pandemic. It is difficult to name any politician in Hawaii today able to draw from a stockpile of poetic skills to rally the people to forge ahead during the pandemic as Churchill did for the beleaguered population of the British Isles during World War II.

In the 1960s we had Gov. John Burns who in his 1969 State of the State address powerfully acknowledged the collective anxiety Hawaii’s people were suffering from the impact of rapid change in post-statehood Hawaii.

As evidenced from his speech Monday, the governor has grown in office, yet for too long in Hawaii we have lacked any leader able to speak to our hearts like Burns did in his address or like Churchill did to his country. Ige is not such a statesman. And there is little hope that a speech acknowledging the emotional toll of the virus will ever come from Lt. Gov. Josh Green, a gubernatorial candidate who jumps at any chance to speak but like a doctor stating a diagnosis, his delivery is flatly factual, not emotionally stirring.

Honolulu Mayor Rick Blangiardi’s public speaking is also lackluster. At his worst, Blangiardi is combative and disappointing. Last week, instead of offering a new strategy for keeping people safe during the surge of the omicron variant as many hoped he would, Blangiardi — ho, hum — urged everyone to get vaccinated and boosted.

People do not need to be told what they already know. They are hurting in large, obvious ways — the deaths of relatives and friends, the loss of jobs, the loss of normal school years for their children — and in less visible ways: day-by-day anxiety from not knowing when or where they or their family members might be stricken by the virus and how severely.

“We need a call to action, a call to community. People are primed for it,” says Honolulu attorney Jim Wright.

Wright, a father of two middle school students, decries the perhaps permanent loss of years of education for Hawaii’s children. “We have become insensitive to what we are losing, what we have lost in this period.”

Even the anti-vaxxers — armed with deeply personal reasons for shunning injections — are hurting from being rejected by friends and ridiculed by their critics. It’s their fault, you might say. But their unease deserves attention too.

It has been a long time for everyone to live under a cloud. One of the worst things I hear from friends is that they are losing their motivation.

“What we need is some kind of rallying point, other than saying, ‘The tourists are coming back,’” says political journalist and author Tom Coffman, who did not hear Ige’s speech Monday.

Coffman has written about Hawaii’s politicians for decades. As a reporter for the Honolulu Star-Bulletin he covered Burns’ now-famous 1969 State of the State address in which he pinpointed “a sense of uncertainty that gnaws at the conscience of many of our citizens.”

Burns was talking about the pressure on the lives of people by the rush of change after statehood and the anxiety of some citizens who saw themselves as doomed to be second class.

“To be perfectly candid I sense among some elements of our community, particularly those who are descended from our immigrant plantation workers, a subtle inferiority of the spirit,” he said.

In his speech, Burns rallied citizens of Asian and Pacific descent to be proud of their ethnic roots and the riches and treasures of their cultures, to know they were as good or better than anyone, and for Hawaii’s schools to strengthen all students by honoring and promoting the value of diversity.

But today, Coffman says, Hawaii Congressman Kai Kahele is the only political leader who comes to mind with the ability to give such a big speech; in this case, to uplift the population from the anxiety of two years of uncertainty brought on by Covid-19.

“Kahele resonates with people. He has a passion that can’t be feigned,” said Coffman.

Wright says a major speech on the lack of hope plaguing Hawaii due to the virus would have to be a singular event, widely viewed on prime time TV. The State of the State is always delivered at 10 a.m. when most people are either at work or keeping appointments or caring for children.

Ideally, the address would be a rallying call to praise the people of Hawaii for the dark days they have endured and to urge them to unite by helping each other to move forward to a better time ahead.

Chuck Freedman says that in such a speech the governor would need to talk, not in lofty prose, but directly to people like a good friend to acknowledge what they have been through and to give a frank assessment of what the state is doing to lessen the impacts of the virus. Like Ige started to do in his State of the State.

“Telling people what they can expect can go a long way,” says Freedman, who was noted for his carefully crafted speeches as communications director for Gov. John Waihee.

Freedman says such a speech would be strengthened by hearing stories of the hardships and uncertainty that has plagued all levels of the citizenry including unvaccinated people who have succumbed to Covid-19.

“There are many levels of suffering out there. All must be acknowledged,” he said. “We can only face what’s ahead with everyone doing his or her best.”

Maybe it is wishing for too much to ask for such real leadership and empathy during a global pandemic, which for many Hawaii residents has been the worst time in their lives. Ige made a stab at it Monday. But we deserve more. 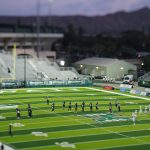 UH Football Coaches And The Culture Of Hawaii

Why cite Churchill, who said many laudotory things about Hitler in the House of Commons, and was an imperialist and a colonialist, and was voted out of office in 1945, when there was a superior example of the kind of leadership you desire right here at home? FDR. Who led Britain during WWII didn't really matter. But who led the U.S. was the critical ingredient.

yes, would be nice if state of the state could be more inspiring and moving. But, claiming all of our stateâs leaders are failures based solely on this metric is a stretchâ¦Iâd rather have an uncharismatic, competent leader than a charismatic, incompetent leader

What we need is a truly competent Governor. Im usually a fan, but sorry Denby, evaluating our state leaders through the narrowâand quite franklyâ unimportant criteria of emotional oratory, is the least of our concerns. "instead of offering a new strategy for keeping people safe during the surge of the omicron variant as many hoped he would, Blangiardi â ho, hum â urged everyone to get vaccinated and boosted." Vaccines and boosters are prove to keep our people safe. Lofty speaking skills will not. Disappointing commentary.