The commission, whose reputation has been battered by the recent indictment of its former chair, should stay on top of the process the whole way.

Thanks to the recent indictments of two high-level members of the administration of former Honolulu Mayor Kirk Caldwell, plus the former chair of the Honolulu Police Commission, the HPC’s job of selecting a new police chief has become even harder.

That’s because the scandal implicates the commission. Not because these police commissioners are the villains here. They are more like the victims.

Call the problems that the indictment creates for the Police Commission The Four Pillars of Weakness.

Pillar One: The scandal brings the activities of the Honolulu Police Department even more into the news and into the public’s eyes. “What’s going on with the police department?” can easily morph into “Why is it taking so long to pick the next chief?” A greater sense of desperation.

It took six months for the commission to hire a consultant to run the selection process, and now it will be at least another half year before these consultants present a short list of nominees.

Many are unhappy with this delay. No kidding!

Pillar Two: If not technically, then politically, the Police Commission is implicated because its former chair is one of the people indicted. Never mind that that was then, and the present commissioner is now. That’s not how things work when we think about politics.

It is ungodly difficult for a public official to argue that she was not involved in something bad. The more the official denies it, the more visible the possibility remains as far as the public is concerned.

Call that the Kirk Caldwell Effect. There might well be a Honolulu Police Commission Effect.

Yeah sure, as the little girl says in the AT&T ad, “That’s not fair.” But we are talking about the power of stories, not the power of the rule of law.

Pillar Three: There is already a high level of distrust of government. The indictment makes people even more cynical.

Pillar Four: The commission’s recent history shows that it is better than it used to be but is still very vulnerable.

The commission has a topsy-turvy history. For many years, commissioners were essentially the equivalent of police groupies. But they got better, did a good job selecting former chief Susan Ballard and an equally competent job leading her to resign.

But then there was also the Kealoha debacle.

Overall? Think of it as a letter from your child’s teacher: “I am quite pleased to say that Darren is doing better work. But sometimes he reverts to his old habits.”

So, let the search begin. Or continue. Or stumble. Or actually come up with someone able to do the tremendously difficult chief’s job.

Considering those dangerous pillars, what can the commission do to make the search successful under those circumstances?

It has hired a consultant, PSI Services, to run the search process. I think that was not necessary. Done is done, though.

So, much of the commission’s strategy going forward depends on its stance toward the consultant and how well it communicates this stance to the public.

The commission must be both an advocate of this consultant-driven process as well as a critic of the consultant’s work.

Let’s talk about the critic side first.

This is how PSI describes itself on its website: “We are psychologists, data scientists and HR consultants who screen, select, develop, and engage talent worldwide.”

That statement can be reassuring. It can also be intimidating, data scientists and all that.

The commission needs to take this assertion of expertise with a touch of sugar and a grain of salt.

A personnel search is not rocket science. It’s social science. Regardless of the PSI procedures like community surveys, scored written exams and what it calls “assessment centers,” it is working with concepts and outcomes that can be fuzzy.

The data is by its very nature imprecise, still very useful but subject to interpretation. We’re talking about human beings and human events, not the remote camera arm on the Mars rocket.

The commission needs to avoid the deference trap. Its members need to think about the consultants the way people think about a contractor they hired to remodel their condo.

Remember that even though the woman doing the complicated rewiring may be doing something you could not do without frying your okole, she works for you.

Ask a lot of questions. Watch the work as it happens. Make a pest of yourself if necessary.

Up to now in the search, the commission has not been assertive enough. “Is there anything that we can do to cut this time in half and do it in three months?” commissioner Jerry Gibson politely asked a PSI representative.

“It would be very difficult to shorten the multiple-step approach,” she answered.

The commission needs to get PSI to find a way.

That brings us to the advocacy role the commission needs to play. Of course, the process needs to seek as much public input as possible. The PSI process seems solid on this.

Choosing a chief is not rocket science. But things can definitely explode.

The Police Commission seems to feel that if the search relies on a systematic, expertly guided process, things will be on the up and up.

Instead, the commissioners need to operate on the assumption that things never remain up and up, regardless of the procedures. You never know what’s going to happen. You never can assume that the public has as much faith in or understanding of the process as you do.

The commissioners need to see themselves as crisis managers. They need strategies designed to deal with sudden negative and risky events.

In fact, the commission should assume that a crisis already exists and that until a new chief is selected, no assessment center, written tests or survey research will make this crisis go away.

Choosing a chief is not rocket science. But things can definitely explode. 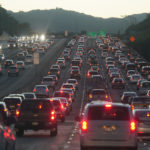 Sterling Higa: How To Fix The Unfairness Of Workers' Long Commutes

Hi youâre so rightâ¦interviewing, vetting and selecting of a Police Chief is not rocket science! In my opinion the Commission is simply dodging one of their most important duties by farming out the task in order to avoid responsibility if the selection turns out to be a bad fit. (Think UH football coach)! They could have simply attended a seminar on how to hire an employee in order to hone their skill and save us all the costly consultant fees and unnecessary amount of time!If Commission members arenât up to the task maybe they should have asked the Maui Commissioners to do it for them! Hi

The Commission can start by telling the consultants that they work for us and they must cut the work to three months. No excuses. No ifs, ands or buts.

Whatever happens, the union needs to be at "arms length" in the selection process. They have demonstrated overzealous support for "bad" officers.