Hawaiians are not unanimous in their opposition to the telescope and there is no religious authority to make decisions. 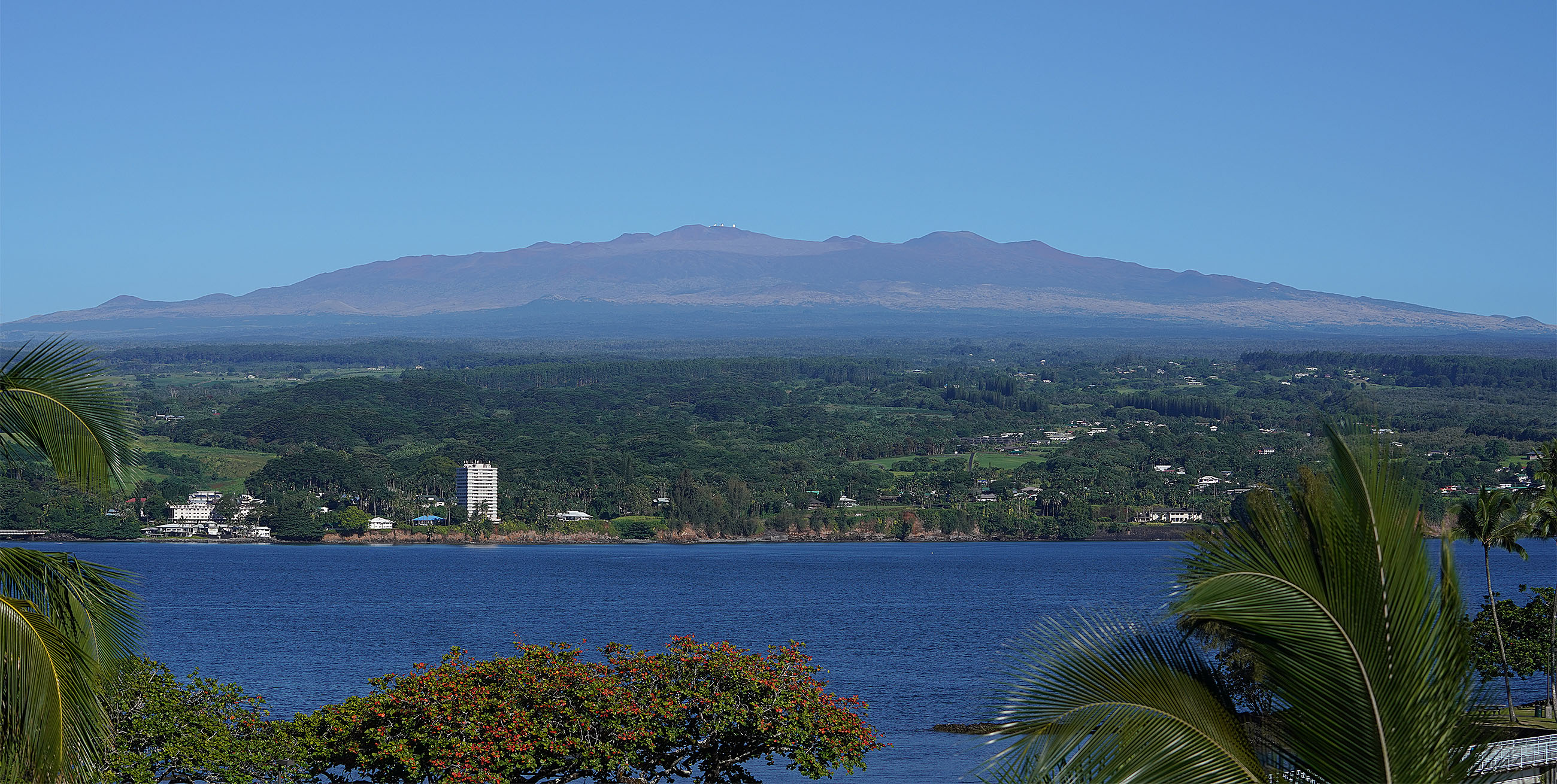 The University of Hawaii Board of Regents recently approved a Mauna Kea master plan.

According to Greg Chun, executive director of the UH Hilo Center for Mauna Kea Stewardship, the new master plan is separate from the issue of the Thirty Meter Telescope and does not approve, adopt or fund new projects or land uses. Still, the regents did listen to two hours of testimony, mostly from Native Hawaiians strongly objecting to the TMT and the future of the existing complex of observatories at the summit.

Board Chair Randy Moore issued what I thought were intuitive and, in a sense, clarifying remarks regarding the genesis of the TMT-Mauna Kea controversy before calling for the vote: “Mauna Kea is in some ways a symbol for injustices that have gone back 129 years … Whatever happens with the master plan, whatever happens with the telescopes, it will not address those issues. It is something, as a total community, that we have to figure out how to make things right.”

He is spot on, in my opinion, by suggesting that Mauna Kea has become a hot-button battleground as a result of the unreconciled, illegal overthrow of the Hawaiian Kingdom and a plethora of unresolved issues.

The 129 years of transgenerational trauma suffered by Native Hawaiians since 1893; the loss of ancestral lands and with it the dignity of a nation; and since statehood in 1959, the failure of the state to live up to a full measure of its trust responsibility on so many issues, beginning with the thousands of Hawaiians who have died on the waiting list of the Department of Hawaiian Home Lands. Mauna Kea and the TMT have risen as a crucible that houses the decades of pain and anguish following the loss of sovereignty and the fall of the Nation of Hawaii.

Mauna Kea, its observatories and the pivotal framework of science and technology that springs from the mauna, is fundamental to Hawaii growing its global leadership in the field. The TMT, if approved and built, signals a once-in-a-lifetime opportunity for Hawaii to become a global center of astronomical and related science activity.

But any expectation of navigating a peace between supporters and protesters will take extraordinary leadership. In fact, it would seem that such leadership for such an important public policy controversy cannot be left solely to the University of Hawaii Board of Regents. The two highest state authorities — the Legislature and the governor – need to process the Mauna Kea issue with a heightened sense of urgency.

Toward that end, Representative Mark Nakashima, chair of the House Committee on Judiciary and Hawaiian Affairs, confirmed that his House Bill 2024 has the Legislature considering an alternative to the university’s approach to their Mauna Kea master plan. HB 2024 would create a body politic separate and independent from the University of Hawaii. So it looks like the controversy about what to do with Mauna Kea will be initially preempted by the question of who will exercise final authority over the fate of Mauna Kea. Right now, it seems the who is more important than the what.

The TMT-Mauna Kea issue has been painfully divisive for the Native Hawaiian community. Protesters have been very successful in managing social media and other platforms to attract a global following of thousands of supporters that include high-profile personalities and movie stars. Their media management of the controversy has been so effective that the overriding public optic is that the Native Hawaiian community is united in its opposition to building the TMT on Mauna Kea.

However, public opinion polls dating back to 2018 and 2020 indicated a divided Hawaiian community, with a majority of Hawaiians supporting the TMT. I’m sure that has changed some but I’m not aware of any recent polls that would tell us to what degree.

But no matter what the polls say, it’s clear that there is little progress being made by Native Hawaiians in resolving their differences over Mauna Kea because there is no culturally legitimate authority within the Hawaiian community that can process and invoke judgments on such matters. With the demise of the old religion as an outcome of the Battle of Kuamo’o in 1819, the priesthood, a religious body that ruled over claims of sacredness, was disbanded.

Absent royal rule, no succeeding counterpart to the priesthood has evolved. What has evolved is an unofficial validation system that does not include a ruling authority. The highest level of validating what constitutes a traditional, customary or sacred “claim of kapu” has to be based on a mix of three perspectives: archaeological findings, oral traditions (chants such as the Kumulipo) and the works of present-day scholars based on newly developed Hawaiian language sources.

The TMT-Mauna Kea conundrum is centered on the protestors’ insistence that the entire mountain is sacred. In the absence of a culturally authoritative ruling body to validate or dismiss such a religious claim, there is no way to even have a dialogue. Sacred means no discussion. So, while attempts to actually seek a compromise might be on the table, both sides need to be seated with a willingness to compromise.

As HB 2024 begins its journey this legislative session, it is hoped that there will be transparency, patience, tolerance and respectful dialogue. It should be noted that at this early stage, HB 2024 will first be vetted in the House of Representatives with the assumption that after the House makes its amendments it will pass to the Senate for consideration. For sure Mauna Kea will be subject to lively discussion in both houses.

Year Of The Hawaiian

House Vice Speaker John Mizuno weighed in with a comment that there is a sense of urgency this legislative session to prioritize a number of long-standing Hawaiian issues and Mauna Kea ranks near the top. Mizuno’s sense that this may become a Year of the Hawaiian seems borne out by other measures that include House Finance Chair Sylvia Luke’s HB 2511, and Sen. Jarret Keohokalole’s SB 3359, appropriating $600 million to the Department of Hawaiian Home Lands Special Housing fund. Add also Sen. Kurt Fevella’s SB 2122 appropriating $638 million to settle an OHA claim of back payments for OHA’s 20% share of the State’s ceded lands trust fund. Another $15.7 million in SB 3351 would go to grants to private nonprofit organizations for Native Hawaiian community-based services.

These proposals will be the subject of lots of discussion and from that will spring other issues related to the purpose of the proposals.

Of course, the reality of it all is that the original content of a bill does not, in any way, guarantee it will survive the legislative gauntlet of public hearings, procedures and amendments. But it should be encouraging to the Native Hawaiian Community that this session seems to be shaping up as a good opportunity to be heard. Imua. 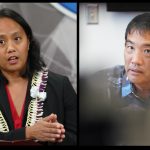 Rep. Gene Ward: Legislature Should Back Off Les Kondo

Well said, Peter. The question is, who will lead and who will step to the front to help create a sense of understanding and compromise so we can all move forward. This is a bigger issue than Mauna Kea and there are many steps involved in righting wrongs. The Federal Government plays a big roll because they where the root cause of this 150 years ago.

Apo's observations are on the money, and I'm one of the many Native Hawaiians in favor of TMT being built. Yes, wrongs have been done to our people but stopping a telescope will not right those wrongs. Kanakas, think; use your heads and don't get carried away by emotion and social media popularity.

This article is pretty spot on. The catalog of wrongs to which the Hawaiian people have been subjected is legion. However the TMT has no place on this list. Stopping the development of the telescope and the many excellent jobs that will be created does nothing to create the adequate housing and civic infrastructure that is so desperately needed.