Sterling Higa: Hawaii Should Prepare Now For The Next Drug Scourge

Hawaii was an early adopter of meth. Now a wave of fentanyl is coming. 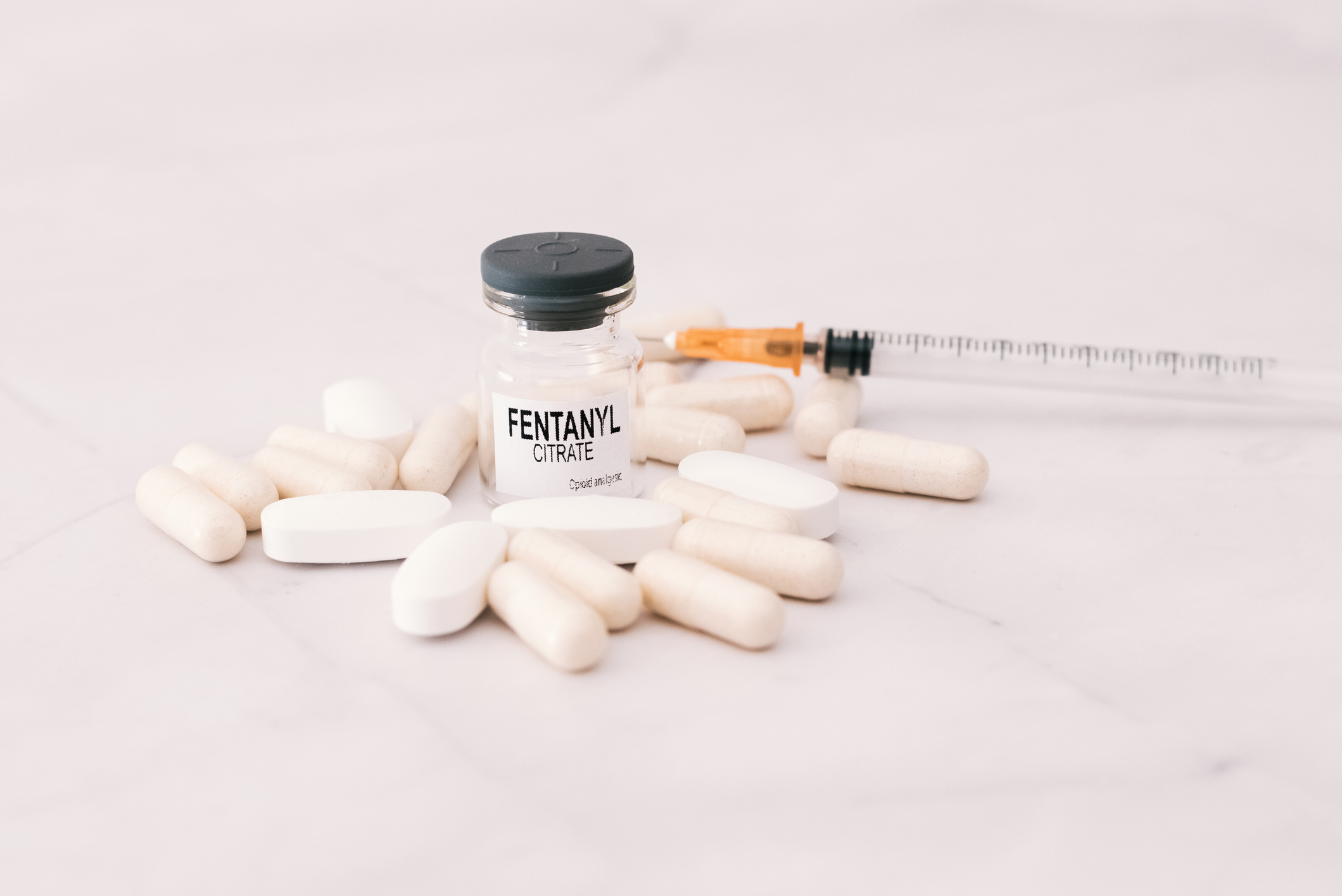 In an effort to leave money for his family after his death, White decides to adapt his skills as a chemist to cook and sell crystal meth. He partners with Jesse Pinkman – a former student turned amateur meth cook – and schools the kid on the finer points of chemistry. By the end of the pilot episode, they’re cooking meth in a mobile home on the outskirts of Albuquerque.

In many ways, the plot of the first season of “Breaking Bad” – with its focus on an entrepreneurial, independent, domestic drug manufacturer – was quaint. By the time the first episode first aired in 2008, domestic meth production was piddling in comparison to the amounts produced and trafficked by the Mexican cartels.

In fact, a 1996 report by the U.S. Drug Enforcement Administration noted that Mexican cartels dominated wholesale methamphetamine trafficking in the United States because they had established access to international wholesale suppliers of ephedrine, could produce large quantities of high-purity meth on a regular basis and already controlled distribution networks for cocaine, heroin and marijuana.

The showrunners of “Breaking Bad” knew all this. And, sure enough, by the end of the show’s fourth season, Pinkman was in Mexico, teaching the cartel chemists White’s special P2P method for cooking a pure, potent crystal meth.

Hawaii is no stranger to crystal meth. In the 1980s, our state was among the first to encounter the drug imported from Asia, where chemists synthesized a smokable methamphetamine, eliminating the need for hypodermic needles.

As PBS reported in September 2021, meth is still the dominant illicit drug in the islands. But new designer drugs, including fentanyl, are making gains as the pandemic approaches the end of its second year.

On Kauai, the police department cleared out a homeless encampment following two fentanyl-related deaths linked to the location and at least two overdoses in the area. Police said that over several months, they “removed more than 500 used syringes, as well as numerous used Narcan applications and empty crystal methamphetamine bags.”

Meanwhile, drug-related overdoses in Honolulu reached a five-year high in 2020, with 197 deaths. Of those, roughly three of four were due to methamphetamine. The statistics for 2021 aren’t available yet, but I’d bet on an increase in the overall number of deaths and in the share attributed to fentanyl.

Fentanyl has not yet overtaken meth overdoses in Hawaii, but it could soon, as dealers import counterfeit oxycodone pills or cut other drugs with fentanyl to boost profits.

“Fentanyl is made in staggering quantities,” says Quinones, who was a featured speaker at a recent forum convened by the South Pasadena High School PTA. “It’s like salt.”

“Chinese companies produce the vast majority of fentanyl, fentanyl analogues, and fentanyl precursors,” according to a 2019 report from Wilson Center, a non-partisan think tank. That year, China cracked down on the production and sale of fentanyl. However, China still sells the chemicals necessary to make fentanyl, and Mexico serves as a major transit and production hub.

Because of its potency, fentanyl is easy to traffic: five grams of fentanyl provides 50,000 standard doses, according to Jacob Miller, a professor of analytics and finance at Southern Utah University.

Some amateur pharmacists used Magic Bullet blenders to mix fentanyl with powdered sugar and Dormin – a sleep aid – pressing pills with little quality control, according to Quinones. Predictably, overdose deaths have been associated with such slapdash production methods.

Designer drugs like fentanyl are here to stay, and we would be wise to attend to them before they become as deadly as crystal methamphetamine.

Traffickers started to mix fentanyl into heroin around 2015, he says, and in the last few years, street dealers have realized that mixing fentanyl into other drugs could boost their potency and increase their addictiveness.

Fentanyl is highly addictive, producing horrible withdrawal symptoms when users try to quit. And it can be cut into drugs that do not create physical dependency, like cocaine. “Instead of a cocaine user who might buy from you maybe two or three times a week, you now have someone who buys with you at least every day and sometimes more than once a day,” says Quinones.

The downside of cutting drugs with fentanyl is that fentanyl is easy to overdose on. Unfortunately, this doesn’t affect the dealers. In a perverse twist, it might help them. “At a certain point, a death becomes not a warning, but an advertisement,” says Quinones. In other words, an overdose is a sure sign of the drug’s potency.

“The only way to really convince dealers not to do that is to start charging people with murder once they sell somebody a drug with fentanyl in it,” he says.

The opioid crisis advanced across the country in part because coastal elites ignored the warning signs coming from “flyover states,” where black tar heroin was marketed to those already addicted to prescription opioids like oxycodone. By the time fentanyl was introduced, thousands of junkies were waiting for their fix.

The pandemic has received the lion’s share of public attention for the last two years, but it is not the only public health crisis facing our state. Designer drugs like fentanyl are here to stay, and we would be wise to attend to them before they become as deadly as crystal methamphetamine.

Understanding the experience of other communities is a start, and Quinones’ book provides a wide-ranging account of the scourge that could soon arrive on our shores. Our policymakers would be wise to study up, before the flood. 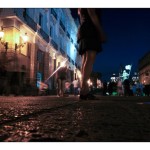 Sex Trafficking In Hawaii Is About Far More Than Harm Reduction

This is a seven headed hydra--What head do you strike first? Drug use signals a lack of hope--at least that is Walter's issue as he is confronted with the huge economic challenges in his family while his profession as a teacher gives him no dignity or support. The drug epidemic is the flip side of 40 years of trickle up policies that privilege 500 billionaires over the entire country. Nations that invest in public health, education and community solidarity at its core do not show the level of decay that has come to the richest, most powerful country on earth. We have made life a meritocratic winner take all "Hunger Game" where the entitled and the rich disengage from the poor and middle class and justify their inability to make it as weakness. At 850 billion a year for the military we will spend 8 trillion in ten years to military contractors like Raytheon., Northrop Grumman and Lockhead Martin. Spend ten trillion on family support, schools that actually teach, rebuilding face to face community teaching the value of civil life. Create opportunity for people to regain dignity and fellowship and drug use will whither.Our budget is our values enacted. It does not lie.

I lost a granddaughter to fentanyl this year. A mildly troubled teen looking for an evening of release via oxy that contained more. The China connection is real and little is being done to shut it off. So, as others have pointed out, the po keeps going after pakalolo while meth terrorizes us and fentanyl kills our keiki.

One day, I was walking down Kapiolani by Ward when I was aurally assaulted by loud horrid noise coming out of a music box beneath a baby carriage, that was more than 30 feet away, being pushed along by four young people. I assumed they were using the carriage as a cart but as I passed them I saw there was an actual little baby in the carriage with that exceedingly loud vicious noise, so called rap music, blasting from below. The baby just laid in that carriage staring like a little zombie.Love and work is what life is about. Thatâs the way it has been for the 200,000 years that we have been homo sapiens. Love and work is fundamental to the human condition and no happiness or real satisfaction can be found apart from that. Entertainment has a place, but a limited one.Entertainment is a gateway drug and modern children are subjected to it before they are born. It takes up vast amounts of free time but offers little in return. Every drug gets old and when it does people seek a stronger one.Thereâs a solution, but I doubt that most have the awareness or strength of character to implement it."There are a thousand hacking at the branches of evil to one who is striking at the root."