Technology experts say such a position is necessary to help government and the public better access and share critical information. 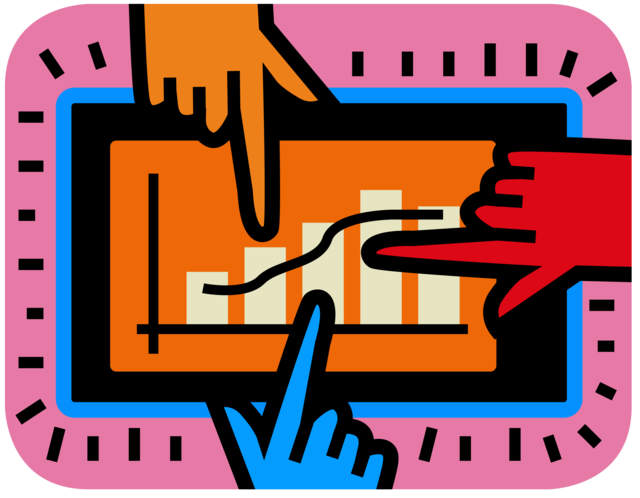 It’s a familiar story at the Hawaii State Capitol: A bill is authored by top legislative leaders, strongly supported by experts in the field and publicly opposed by no lawmakers, and yet it mysteriously dies in the waning days of session.

Such was the case of House Bill 532 in 2019, which called for establishing a chief data officer within the state Office of Enterprise Technology Services.

Along with creating a data task force, the legislation authorized the new employee to develop, implement and manage statewide dataset policies, procedures and standards.

Another committee report said “it is equally vital that agencies make reasonable efforts to make data accessible to the public,” because the data can also stimulate innovation and encourage public engagement.

Good bills sometimes die for understandable reasons, and the six-figure salary for the chief data officer and the creation of yet another task force may have been dealbreakers.

Then, when the bill carried over to the 2020 session, the pandemic blew a hole in the state budget and the Legislature scrambled through shortened, interrupted sessions.

But the legislation should remain a priority. Having a chief data officer for Hawaii in a world where the marshaling and understanding of data drives nearly everything — case in point: Covid-19 and the state Department of Health — is even more important.

And considering the news is filled these days with evidence that democracy is on the decline in this country, citizens need to be more engaged than ever. It’s vital that the state make access to government as easy as possible so people can maintain some involvement and control.

Fortunately, many of the same knowledgable organizations and individuals that liked HB 532 continue to strongly support the concept.

And, while the coronavirus has not gone away, tourists and their tax dollars have returned, giving the Legislature and the Ige administration a surplus. The state also has received buckets of Covid-relief funds from the federal government.

Sen. Sharon Moriwaki, author of a bill that calls for creating a chief data officer position at ETS (among other things) in the upcoming session that begins Wednesday, is hopeful that her colleagues will see the wisdom of moving forward on the idea.

“I am real concerned that we integrate various data sets across the state to better serve the public,” said Moriwaki, who chairs the Senate Government Operations Committee. “From my point of view we got all of this data — all these different formats and platforms — but without analysis it is all noise. We also have to look at how do we get government more efficient by also using technology. It’s the ‘new normal’ that we all talk about. A chief data officer would be the person to manage that.”

Christine Sakuda is executive director of Transform Hawaii Government, a coalition that believes policymakers, state employees, residents and businesses must have “convenient and secure access” to reliable information and “data on demand,” as Sakuda said in written testimony on HB 532

Sakuda said last week a chief data officer would be a person who is designated by the state “to advocate data sharing across programs and departments, interpreting data-sharing policies that are varied across departments, to really help state leaders and the programs they implement make informed decisions.”

Sakuda pointed to the work of Tyler Kleykamp, the first chief data officer in Connecticut now with the Beeck Center for Social Impact and Innovation at Georgetown University.

A June 2020 paper from Kleykamp — “The Evolving Role of the State Chief Data Officer: A Framework for Today” — said that since 2010 states have been establishing such roles. Colorado was the first followed by New York, Illinois and Connecticut.

A total of 28 states now have a chief data officer — or CDO — although the roles differ from state to state.

Kleykamp argues that the role of a chief data officer needs to be well defined, or else the CDO’s portfolio “may become too large, diminishing their ability to be effective. For instance, requiring a CDO to oversee the security of the state’s data may detract from their ability to focus on issues like open data or data analytics. Instead, a CDO should be focused on managing data as a strategic asset and putting it to its highest and best use.”

Kleykamp explains that the core difference between a CDO and a CIO “is that a CDO should be enabling the creation of new information that allows decision makers to take action. CIOs therefore, are responsible for ensuring the safe, secure, and reliable delivery of that information.”

Meanwhile, the Beeck Center, citing the State Chief Data Officers Network, recommends the following principles for states to utilize in advancing their use of data:

Another paper from the Beeck Center gives examples of the impact of CDOs in some states:

Doug Murdock, the chief information officer at ETS, is “a big supporter” of a chief data officer who would work out of his office along with Chief Information Security Officer Vince Hoang.

“It’s hard to make good decisions if we don’t understand the landscape, and when data is needed it becomes like bacon: everyone wants it, everything tastes better with bacon,” he said.

Murdock said the early days of the pandemic illustrated all too sharply the challenges of making good decisions based on anecdotal information rather than solid data. He said “data maturity has really grown in silos” in Hawaii, but there is no unified system.

An example of two state agencies that need to share data are the DOH and the Department of Human Services.

Murdock said a chief data officer can help broker the different storage, platforms, software and state and federal laws that govern the data. Ultimately, he said, it is about “maximizing the value” of data and making sure decisions-makers do not miss out on opportunities to make better choices.

“This is about getting ready for whatever happens,” he said.

“Look at folks going to the Legislature or the Public Utilities Commission to testify,” he said, naming just two examples. “There is no shortage of opinions and aspirations, but there is usually a shortage of good data and analysis. Our attitude is that, if we can’t support our opinion with data, then we keep quiet. But data should be the foundation upon which good decisions are made.”

Clay said an example of the state lacking data to implement policy is the report earlier this month on the DOE’s strategy to ramp up the percentage of locally grown ingredients in student meals by 2030, as required by law. But the DOE currently lacks the capacity to track that kind of data.

The Hawaii Data Collaborative works “to promote a culture of data-driven decision-making in Hawaii by making data for “solving our pressing challenges more accessible, relevant, and meaningful,” according to its website.

Its executive director, Nick Redding, agrees that Hawaii needs a CDO, too — especially if it is set up for success.

“And by that I mean that it is a part of a comprehensive data strategy for the state, and that resources are appropriated,” he said.

A chief data officer must also “have teeth,” he said, in order to be effective. While that might result in pushback in some quarters — “it could be a pretty powerful role,” he said of a CDO — changes in government always bring resistance.

Key to the long-term sustainability of state data efforts, said the Beeck Center, is that it be established in law.

“While many states have used executive orders and memoranda of understanding to implement various data initiatives, these efforts can be rescinded at any time,” a report explained. “Further, ensuring that a commitment exists from state legislatures demonstrates a broader commitment to sustainability from top-level policy makers.”

Hawaii lawmakers, it’s your turn now: Pass legislation creating a chief data officer and send it to Gov. David Ige for his signature this year.

Hawaii Data Collaborative, Ulupono Initiative and the Civil Beat Law Center for the Public Interest are founded by The Omidyar Group. The Omidyar Ohana Fund at The Hawaii Community Foundation supports Transform Hawaii Government. Pierre Omidyar is a co-founder of The Omidyar Group and is the CEO and publisher of Civil Beat. 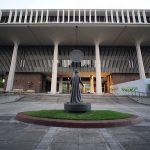 So the growing of gov't over the decades, is what has brought us to this issue in the present. And growing more gov't is the answer?I am skeptical.

Fully agree with this opinion piece. I am currently working with the California Dept of Public Health's Center for Statistics and Informatics on projects to standardize data. My work is supported by federal Covid funding via the CDC Foundation. Hawaii could also tap this funding for the same purpose.

Yes - plus a complete reformation/transformation of state government.