The parents of the man accused of murdering a woman outside the Kapolei police station say he shouldn't have been released from custody. 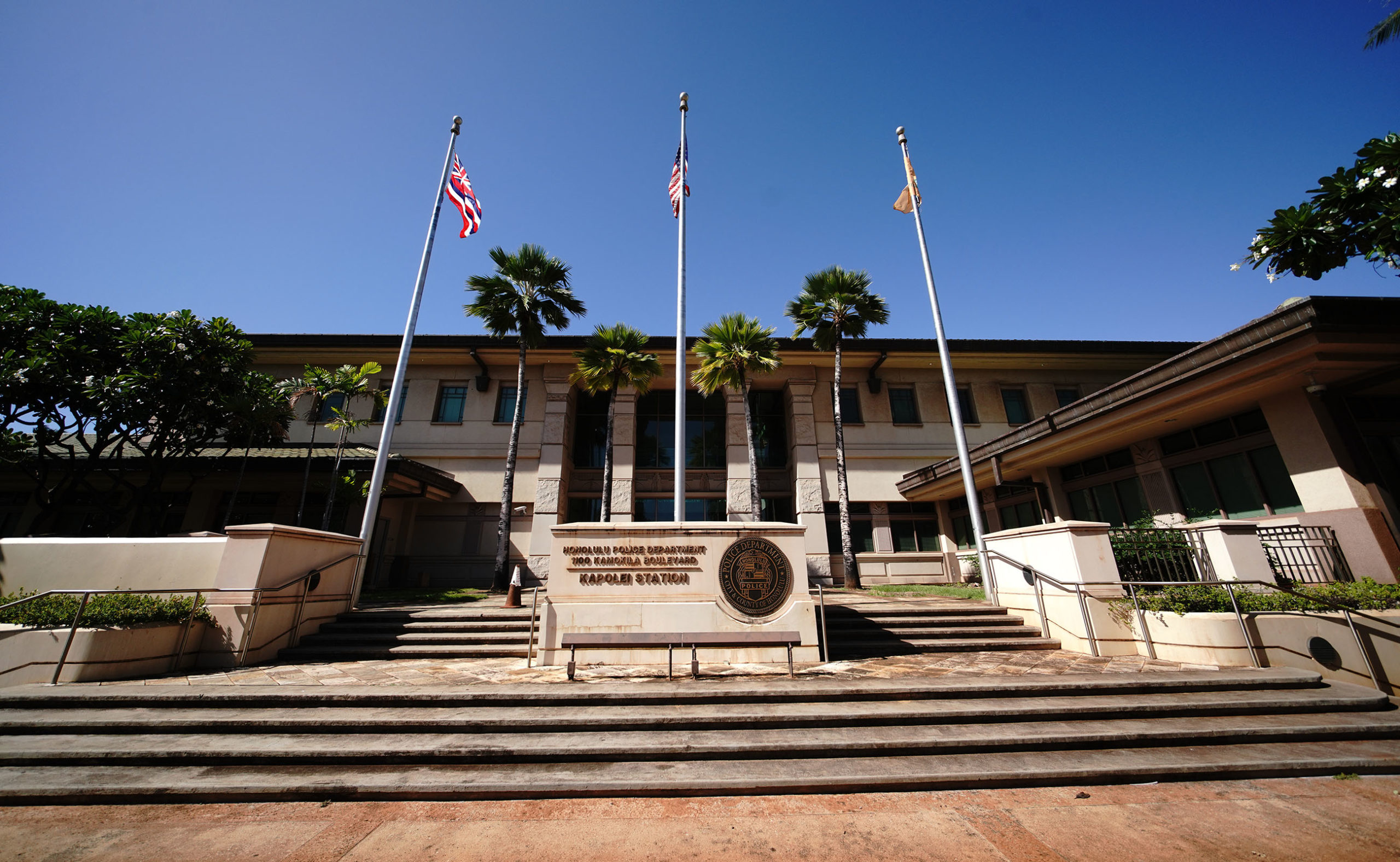 “Please make it very clear that we’re not in denial about what our son did. It’s the failure of how it got to this point that matters.”

The parents of Michael Armstrong, the man accused of beating a woman to death outside the Kapolei police station, have been trying for 20 years to help their son.

His father describes Michael going in and out of the Hawaii State Hospital, doctors trying new medications, new group homes, new programs that just didn’t work, and always the fear of what might happen to him or what he might do.

On Feb. 14, Michael Armstrong, 35, was arrested in Mililani for punching a staff member at a group home, then punching a police officer who responded to the incident.

He was released from the Kapolei police station a day later, agitated and unstable, with nothing to keep him, or anyone he came in contact with, safe.

He is charged with second-degree murder in the beating death of 48-year-old Linda Johnson on the police station grounds.

“This wouldn’t have happened if he wasn’t released,” said Tony Armstrong, Michael’s father. “Linda Johnson would still have her life and my son would not be a murderer.”

Michael Armstrong grew up in Hilo. His father says he was a happy, sweet boy. He was 15 when his troubles began.

“He would say he was hearing things. I didn’t know what it was,” his father said. By 19, he was getting into trouble, and in 2007, he was charged with burglary and auto theft.

He was acquitted by reason of insanity, something his parents pushed for because they knew he needed psychiatric help. Michael was sent to the state hospital in Kaneohe and became a ward of the state.

Since then, Tony and Nicholette Armstrong have flown between Hilo and Honolulu countless times for court appearances, visits with their son at the state hospital, meetings with his doctors, treatment team and probation officer.

“For all these years, we’ve never left his side. Everyone has tried their darndest to help us. The judge here in Hilo tried to help. The police here in Hilo have been kind and gentle with him,” Tony Armstrong said.

The cycle would begin when Michael stabilized and would come home to Hilo. Slowly, his condition would deteriorate. He would say he was going “camping” but would end up homeless somewhere. His parents would have to search the streets for him. If they found him, they’d bring him food and try to keep an eye on him. Eventually, the police would have to be called again.

There was always this push and pull between providing the least restrictive environment appropriate for a person with severe mental illness and being realistic about his ability to stay safe.

Armstrong said his son has been on “conditional release” from the state hospital for 15 years. He’d stabilize and be placed in a group home in the community, but it would always fail and he’d go back to the hospital.

His parents found out what happened last week through social media. Nicholette was scrolling through posts when she saw their son’s name in an article about a murder in Kapolei. The Armstrongs’ lives turned upside down in an instant.

“I don’t care what they prosecute my son for. He did wrong. We know that,” Tony Armstrong said, “But I will circle back to this forever and ever and ever … the prosecutor’s office said to release him. The police officers didn’t push back.”

The Honolulu Prosecutor’s Office said the suspect had been freed rather than charged because more information was needed.

“We did not want to immediately charge Armstrong with a misdemeanor because he would have gone to court the next day and likely pled guilty, which would have foreclosed us from later charging him with felony assault of the HPD officer,” Prosecutor Steve Alm said in a statement.

The Armstrongs flew to Oahu to try to figure out what happened. They visited their son at the Kapolei police station, where he was again in custody.

“We were allowed three minutes, but it didn’t even last that long,” Armstrong said. “It was unbearable. Whatever amount of him that was still left, there were just brief fleeting moments of our little boy still there.”

While devastated, the family is holding on to the hope that something good can come out of this.

“There will be a victory if this tragedy fixes what is happening and stops ignoring the problem,” Armstrong said.

“Do you want to know what I advocate? We need to have institutions again. If a person’s ability to comprehend or make decisions is compromised because of mental illness, it’s not right to expect them to fend for themselves,” he said.

“A huge amount of money is spent on stupid programs that do nothing. Instead, build beautiful institutions where people with mental illness can have some sort of semblance of a normal life in a peaceful, controlled, protected environment rather than the outside world that they can’t handle,” he added. “I would much rather have my son in a place like that than be dirty, homeless and vulnerable on some street where I cannot find him.”

Armstrong went through family albums to find pictures of his son to share with the media. It was another moment of anguish. “This is the son that I had, my loving, happy little son. To have come to this point is unbearable,” he said.

“If it’s God’s will, I will be the poster child for this. I’m mad as hell. I’m ready. I will go on the news every night,” he said. “There needs to be an investigation. Things need to change.” 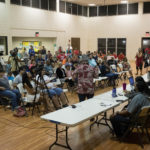 Sterling Higa: When And Where Neighborhood Boards Meet Does Matter

Armstrong's are right on--Hawaii allows serious mentally ill, even those prone to violence against themselves or others, to not have medical care in secure non-forenic facility. Egregious--Here is a well know mentally ill person--who just committed 2 assaults----there is no required procedure/laws for immediate evaluation to require mental determination (hospitalization and then follow up care) because there is no point person to initiate referrals to a hospital or even to a court and there are no lock down mental health services and procedures, pre incarceration. A sad situation and you cannot blame the police or the prosecutor . Blame our political leadership(why in the...is the forensic state hospital which is completed, not used) and the lack of laws and funding for the non forensic mentally ill. By the time the mental health court gets involved, its too late for most of the very mentally sick. You see them on the street...and Hawaii's poor laws and fear of lawsuits from the ACLU and others just leave them there and wait until they commit a crime and then still release.Yes , a sad situation by daily repeating same insane policies over and over again.

For decades on Oahu, a mental health facility on Waimano Hm.Rd. housed the mentally ill & the mentally challenged. Children born with developmental disabilities, i.e., Downs syndrome, etc., whose families could not provide appropriate care, were placed there, many for the remainder of their lives.In 1963, President John F. Kennedy called for a reduction of persons confined to residential institutions, asking for new methods and an approach to mental illness and to mental retardation that would "retain in and return to the community the mentally ill and mentally retarded, and thereto restore and revitalize their lives through better health programs and strengthened educational and rehabilitation services" ... an approach designed to use Federal resources in order to stimulate State, local and private action. In 1967, Gov. Reagan signed the LPS Act, ending both the practice of institutionalizing patients against their will, and the inappropriate lifetime commitment of people with mental illness, while at the same time, firmly establishing the right to due process in the commitment processâ¦" Like any well-intentioned act of gov't., there can be good outcomes and disastrous ones.

He is correct. We need institutions again.