Sterling Higa: Those Struggling To Get By Are Hardest Hit by Catalytic Converter Thefts - Honolulu Civil Beat

Sterling Higa: Those Struggling To Get By Are Hardest Hit by Catalytic Converter Thefts

A new measure aims to curb the rash of thefts. 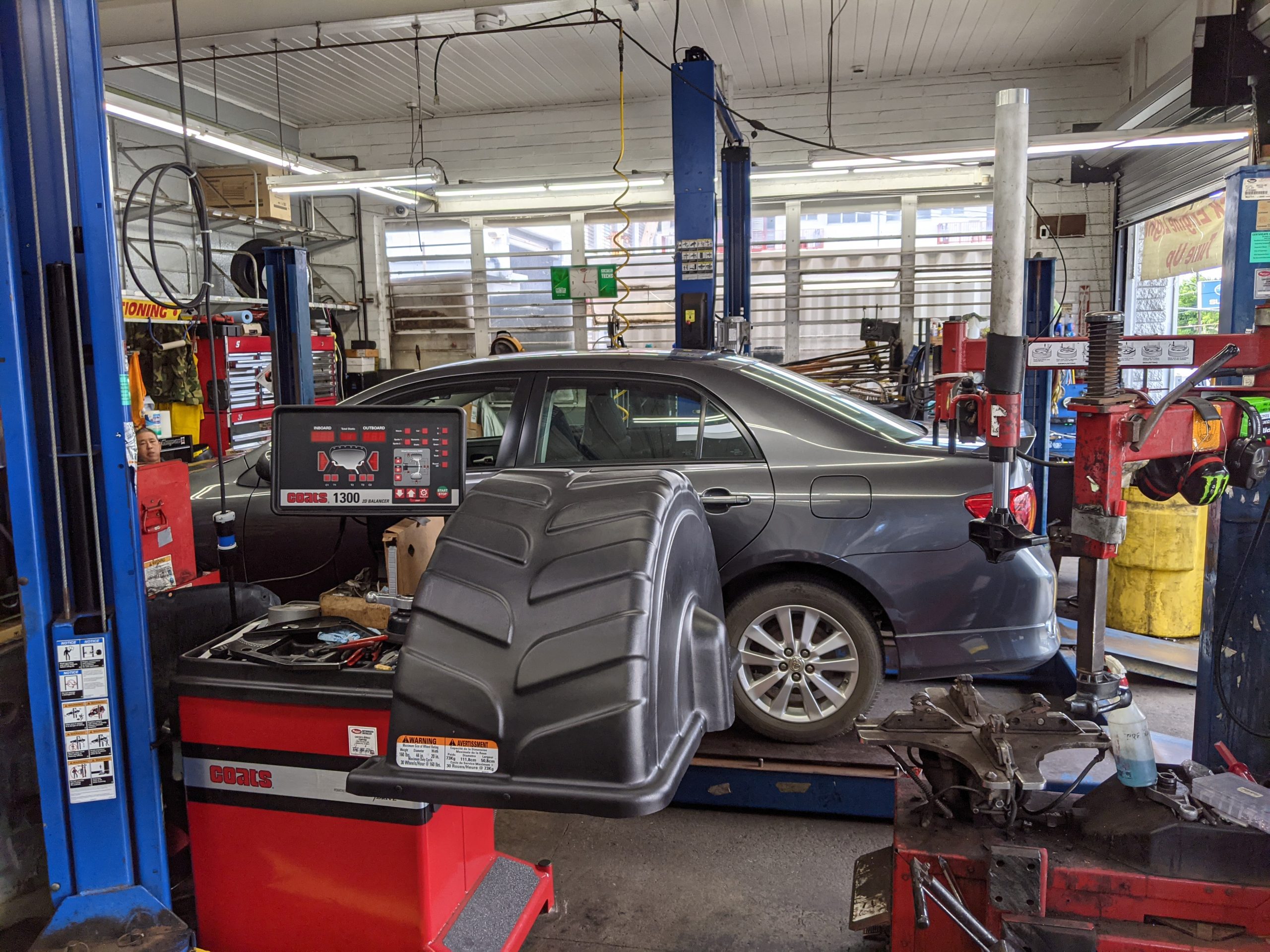 “I discovered it was missing because I got in the car one morning and it made this horrific noise,” said Burchard, who was then a programs and communications manager for a nonprofit organization.

Burchard’s roommate helped her take photos of the car’s undercarriage, and she sent them to a mechanic. The mechanic confirmed that the catalytic converter was missing and referred her to an exhaust shop.

Burchard filed a claim with her insurance company, and the insurance adjustor met with the owners of the exhaust shop.

She also called the police to file a report. The police said that without any witnesses or surveillance footage, nothing could be done, though they thanked her for reporting the crime and said that crime reports are used to help allocate officers.

The total cost to replace the part was $1,961.20. Burchard paid a $500 deductible and insurance covered the rest. Her car was in the shop, out of commission, for two days.

But the saga wasn’t over.

Around Christmas, Burchard noticed that her car was making an odd noise again, so she took it into the shop. The mechanic found that a thief had attempted to steal the catalytic converter by sawing through the bolts, breaking a mount and causing an exhaust leak in the process.

The broken mount and exhaust leak cost $283 to fix, which Burchard paid for out of pocket.

Burchard thought about filing another police report but decided against it because the police had already told her they couldn’t do anything, and she “felt like it wasn’t worth the time.” That same week, thieves attempted to break into two other cars in her parking lot.

All told, Burchard paid $783 over a span of four months. She says that she’s one of the lucky ones. She was already working remotely, so having her car in the shop didn’t interfere with her commute. And she doesn’t have kids in school or family to transport.

According to a 2020 Aloha United Way report, 42% of Hawaii’s population are struggling to get by: 9% of the population live in poverty and 33% live just above the federal poverty level.

In other words, a third of the population are “asset limited, income constrained, and employed” (ALICE) families. They’re hardworking people who “cannot afford basic necessities to remain stable and self-sufficient,” according to the report.

A single crisis (job loss, health emergency, car repair, rent increase) can plunge an ALICE family into poverty, leading to health complications or homelessness. And once a family slips into poverty, it is difficult to recover.

Last year, Sayama introduced HB 446, which sought to establish a new offense for theft of a catalytic converter. HB 446 also required businesses engaged in the sale or purchase of used motor vehicle parts to keep more detailed records and report attempted sales of undocumented parts to the police.

“It’s an incredibly disruptive crime to a working family. If not my bill, at least someone else’s.” — Rep. Jackson Sayama

Sayama’s bill easily passed through the state House and crossed over to the Senate, where it passed through the Committee on Commerce and Consumer Protection, and then ran out of time while assigned to a joint committee including the Judiciary Committee and the Ways and Means Committee.

After the 2021 legislative session was over, Sayama decided to revise the bill. He incorporated testimony from the attorney general’s office and worked in coordination with the Honolulu Police Department and the prosecuting attorney to improve the bill’s language.

The new version – HB 1860 – has 34 introducers, reflecting broad concern about catalytic converter theft. The new bill adds regulations for scrap dealers that are reselling the precious metals (palladium, platinum, and rhodium) which are found in catalytic converters. It requires that scrap dealers track the provenance of their materials and record seller information.

“It’s an incredibly disruptive crime to a working family,” says Sayama. He’s confident that a bill related to catalytic converter theft will pass this session. “If not my bill, at least someone else’s.”

Sayama admits that his bill won’t eliminate catalytic converter theft, but it can help to eliminate the local market for catalytic converters. Local buyers act as a medium between thieves and the international buyers of precious metals, says Sayama. Increasing the friction of buying and selling decreases profits, and the added risk of criminal penalty should discourage would-be thieves.

“We’re just trying to make it a lot less attractive.”

Deadbolting your door doesn’t make it invulnerable to a battering ram. Locking your bicycle with a u-lock won’t stop a thief with an angle grinder. And increasing criminal penalties won’t eliminate catalytic converter theft.

However, efforts to stiffen the penalties for catalytic converter theft and for trafficking stolen goods are worthwhile. Good policy can increase pressure on criminals, diverting them down other paths, saving ALICE families from the hardship of an unexpected car repair bill.

HB 1860 is off to a strong start this session. On Wednesday, the first hearing for the bill was held by the House Consumer Protection and Commerce committee. Testimony for the bill included support from the Department of the Attorney General, the state Department of Transportation, the Hawaii and Honolulu Police Departments, the Honolulu Department of the Prosecuting Attorney, the Hawaii Insurers Council, the Hawaii Transportation Association, the American Property Casualty Insurance Association, Schnitzer Steel (a metal recycler), and seven individuals. The bill was passed with amendments, and it will face the House Judiciary Committee next.

HB 1860 is a policy proposal that responds to constituent concerns. The stakeholders involved in law enforcement have been consulted, and their feedback has been incorporated into the policy making process. Despite the urgency of the problem, the bill takes a measured approach, and it does not pretend to usher in a utopia.

HB 1860 represents democratic lawmaking at its best, and it deserves support. Here’s hoping our legislators will consider the merits, amend any flaws, and take action. 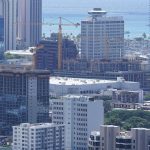 Nostalgia, Development And A Changing Honolulu

Aren't we all struggling to make ends meet here? It surely sucks when someone with low moral standards stoops to sawing off your catalytic converter to sell, the point being who do thieve's even sell these to and why isn't there enforcement there? Samaya may be no the right track, but is this really going to stop scummies from stealing? Funny, there is no mention or simply replacing the stolen unit with a free flow straight exhaust pipe, which would cost a couple of hundred tops and provide better milage to boot.

Instead of requiring payment for a Catalytic Converter by check - Thereby requiring a bank account. I'd make Landlords and Parking Lot Owners to place Cameras in the parking area, to phtograph the theives. This would also be an incentive to report the theft! It would help the Police to catch the Law Breakers. It also wouldn't force already 'Broke' Workers to have a Bank Account , "Juat in case"! Bank Accounts are not 'free' and the checks have to be purchased!

There should be an investigation into why our police cannot find where these items are being sold (pawn shop), charge pawn shops with possession of stolen property, or outright ban the sale of used converters.