The law can be powerful but also frustrating. Just ask the Legislature. 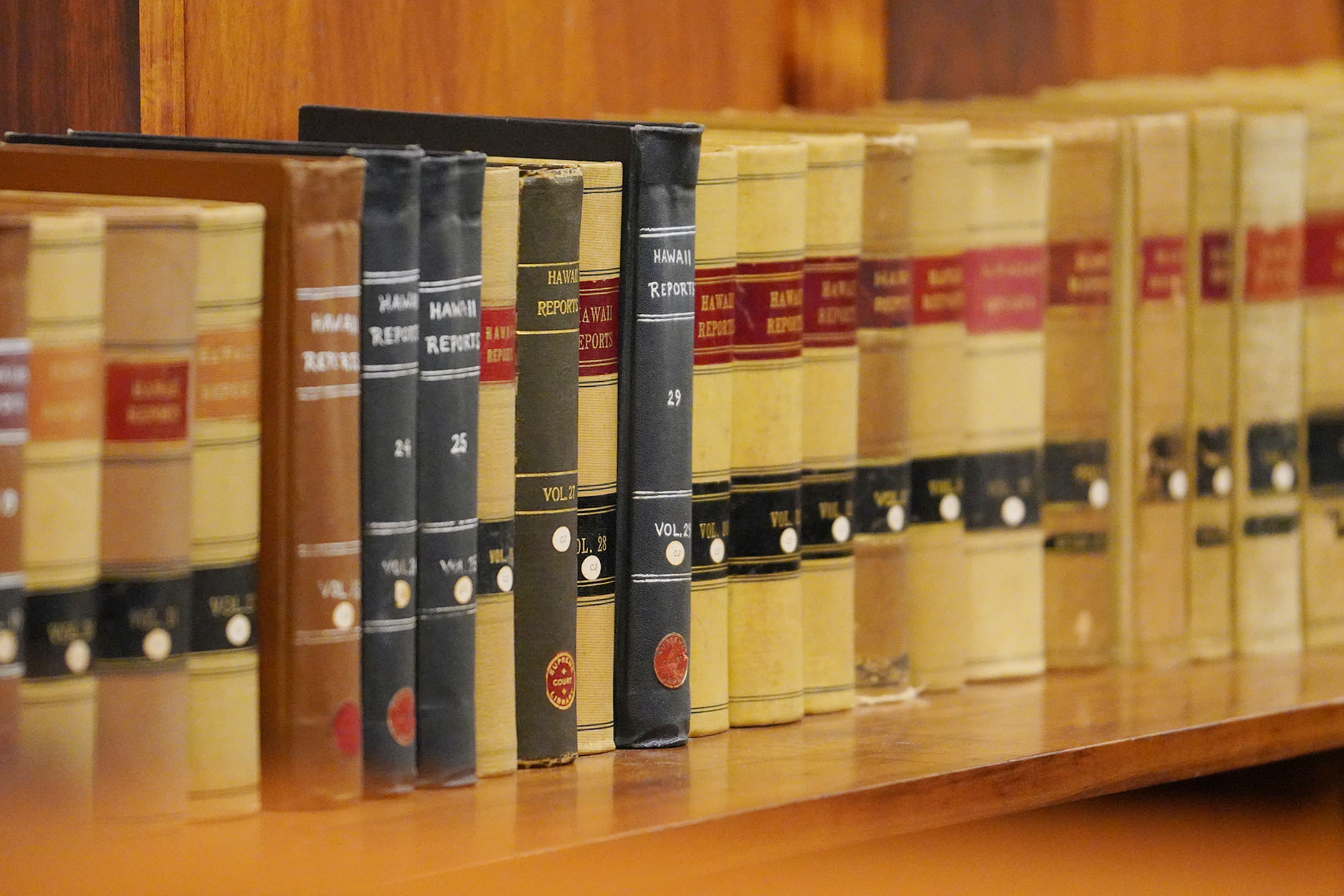 These lessons are important because it is so easy, and common, to be addicted to law, particularly the idea that what a law’s words say is the be all and end all.

It’s especially easy to stumble into this misperception when the Legislature is in session. All the focus is on which laws have passed and which are not moving on.

So, three lessons, three vignettes. Each of them highlights one of these lessons.

One is the Kealoha scandal. Another is about Donald Trump’s business practices. You are less likely to know anything about the third, which involves the predatory practices of Monarch Investment and Management Group, which has become middle America’s biggest landlord, and has earned the name “The Wolf of Main Street.”

Sounds simple. We know this. It’s not simple because this lesson about what law does is critical but taken for granted.

Take a law that the Legislature is likely to pass this session — a $600 million grant to DHHL for more housing for Hawaiians. All kinds of plans, negotiations, and procedures need to be developed to make this happen.

In Hawaii mobilization challenges happen all the time, with agencies like the Department of Health making the generally truthful argument that they don’t have the resources to enforce their rules. Legislatures sometimes don’t provide enough funds to make a law work.

The Kealoha corruption case shows how important and fragile this mobilization is.

The Kealoha trials came this close to never happening because no one in the state’s criminal justice system was looking into the Kealohas.

It developed only because Alexander Silvert, the federal public defender, came across the incriminating evidence while defending Gerard Puana, Katherine Kealoha’s uncle, against the false charges that he stole the famous mailbox. In a new book, Silvert shows how odd and even subversive this was for him and for that matter the U.S. Attorney prosecutors.

That’s how close we came to having a corrupt chief, supported by the Honolulu Police Commission’s glowing assessment of his work, stay in office for possibly many years to come. Maybe even now. Along with a handful of crooked-cop loyalists to the chief.

And imagine what Katherine Kealoha would have done if she had continued to be the chief deputy prosecutor.

Second lesson: There is a difference between legal standards and everyday life standards — Donald Trump’s businesses.

For many months the Manhattan District Attorney’s Office has been considering whether Trump fraudulently inflated the worth of his businesses.

“Of course he has! Look at all the evidence. We really got him this time.”

And by some standards, like the smell test, for instance, the evidence is pretty darn smelly.

Numbers don’t lie, as Trump’s accounting firm implied, as it gently but firmly separated itself from the shenanigans.

But this is the law here we are talking about. There is a legal standard involved.

That standard is intent. According to the law, the prosecution does not simply have to show that there was a violation. There also must be a finding that Trump intended to do this.

And after hundreds of hours of investigation, Alvin Bragg, the Manhattan District Attorney has, at least for now, said that he will not go forward with the case because he did not think the prosecution could prove intent.

You can question the merits of the DA’s decision or his motives. Many have. But the legal standard of intent makes the prosecutor’s argument plausible, defensible, something for him to lean on.

And the position carries weight because it links to the Rule of Law. Like this: “Bringing political-looking prosecutions is what Trump would do,” a New York Times reader commented. “Defeating Trumpism means not doing such things, even — especially — against Trump himself.”

Is this a good thing because my side won? Is it bad because it lets weasels off the hook? Those are, in the eyes of the law, mostly irrelevant criteria.

It’s also a reminder that the Rule of Law is a ruler with a double-edged sword, better yet a multi-edged sword — too valuable to give up on yet too risky to rely upon.

Third lesson: Courts are just one source of legal language and probably not the most important one — Monarch Investment and Management Group.

Pure and simple, Monarch’s business plan is to evict as many of its tenants as possible so it can raise the rents in the hot rental market.

Monarch had its best year in 2020, smack in the middle of the Covid pandemic. Pandemic eviction bans? What bans? According to the company’s owner, these attempts at tenant protection were “more of a nuisance than anything else.”

Why didn’t these supposed protections stop the flow of evictions? Two reasons. One, the most obvious, is the huge difference between the legal resources Monarch could bring to the table — a bevy of lawyers specializing in real estate — compared to the total absence of legal resources the people getting evicted had.

The other reason is less obvious, which in fact makes it so important. Without going to court, Monarch often simply used a legal narrative that on the surface worked against it and turned it into one that worked in its favor.

Any law should really be called a law with an asterisk because its effectiveness and use depend on so much besides the law’s words.

How about that annoying 2020 Federal ban against evictions?

File cases anyway, a Monarch executive told the staff. “If tenants don’t know about the CDC moratorium, don’t go out of your way to tell them.” The civil law equivalent of not telling an arrested person her Miranda rights.

To reinforce this strategy, Monarch put up scare-tactic information about evictions all through its rental properties. “Even eviction documents filed in court but not executed gave Monarch leverage to push out slow-to-pay residents without a judge’s order or a sheriff’s knock.”

It made no difference that the “official” law was against the company. Monarch’s use of law, exploitative as it was, is an object lesson in how the language of law, which can be so frightening and formidable, can be used as a weapon outside of the court room.

Think of two narratives about law. One is “official,” what courts say and do. The other, more common, and maybe even more powerful is “unofficial,” what the rest of us do when we evoke law in our conversations.

They lost in part because they were overwhelmed by unofficial eviction law interpretation, Monarch-style.

“Unofficial” legal language has another side though. It is used all the time to organize and inspire people to stand tall, recognize their self-worth, and fight for their rights. Or simply to convince people how wrong their ideas are about dealing with the homeless.

These three lessons aren’t going to help you make sense of the text of a minimum wage bill, but the lessons about law help you move from the words to the big picture.

Here is a big picture way to look at this: Any law should really be called a law with an asterisk because its effectiveness and use depend on so much besides the law’s words.

Law frustrates. At times it screws people over. Still, at other times it is a source of power in surprising ways. 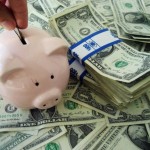 A Hawaii Retirement Savings Program Is In Hawaii’s Best Interest

With all due respect, Mr. Milner, Manhattan District Attorney Alvin Bragg â who was elected and not appointed â hasn't seen the inside of a courtroom since 2013 and has never prosecuted a criminal case. He rose through the ranks at the DA's office on the administrative side of the legal ledger.Contrast that with the background of the two lead prosecutors in the Trump Org. case who resigned â Carey Dunne, who's a seasoned criminal defense attorney, and Mark Pomerantz, who was brought in from the New York AG's office as a nationally renowned legal specialist in white collar crime. So if we're talking about a "good faith" disagreement between Bragg and the far more experienced Dunne and Pomerantz regarding the prospects for conviction and the merits of the case, it's akin to a graduate student taking issue with the opinion of two professors.It's far more likely that Bragg, who was only recently elected as DA and took office in January, was considering the political consequences of a Trump prosecution for him personally and he refused to roll the dice, even with favorable odds. Now, as Manhattan DA, that's entirely his call. But from my perspective, it's a timid and shabby one.

Very good piece. I might add that law is part of culture, and like any artifact of culture it reflects the time and place in which it is created. It should be evergreen, stable and enduring, and righteous. But those are sometimes more aspirations than reality. Law can change things, but there are limits. A bill that says that gravity will not apply in Kaimuki will fail. A bill that says that human beings will never make mistakes will fail. A bill that defines a rock as something soft and fluffy that could never harm you will fail. Words are powerful, but limited power, even when there is enforcement, and most compliance is due to voluntary action anyway.

"The law is like spiders' webs, in which the weak are entangled, but through which the strong pass, unhindered." Solon, lawgiver of Athens, about 550 BC.