Neal Milner: You Want Honesty In Hawaii? Try It This Way

Deploying the Legislature's two-minute rule is a helpful way to understand how government leaders convince the public that things really aren't that bad. 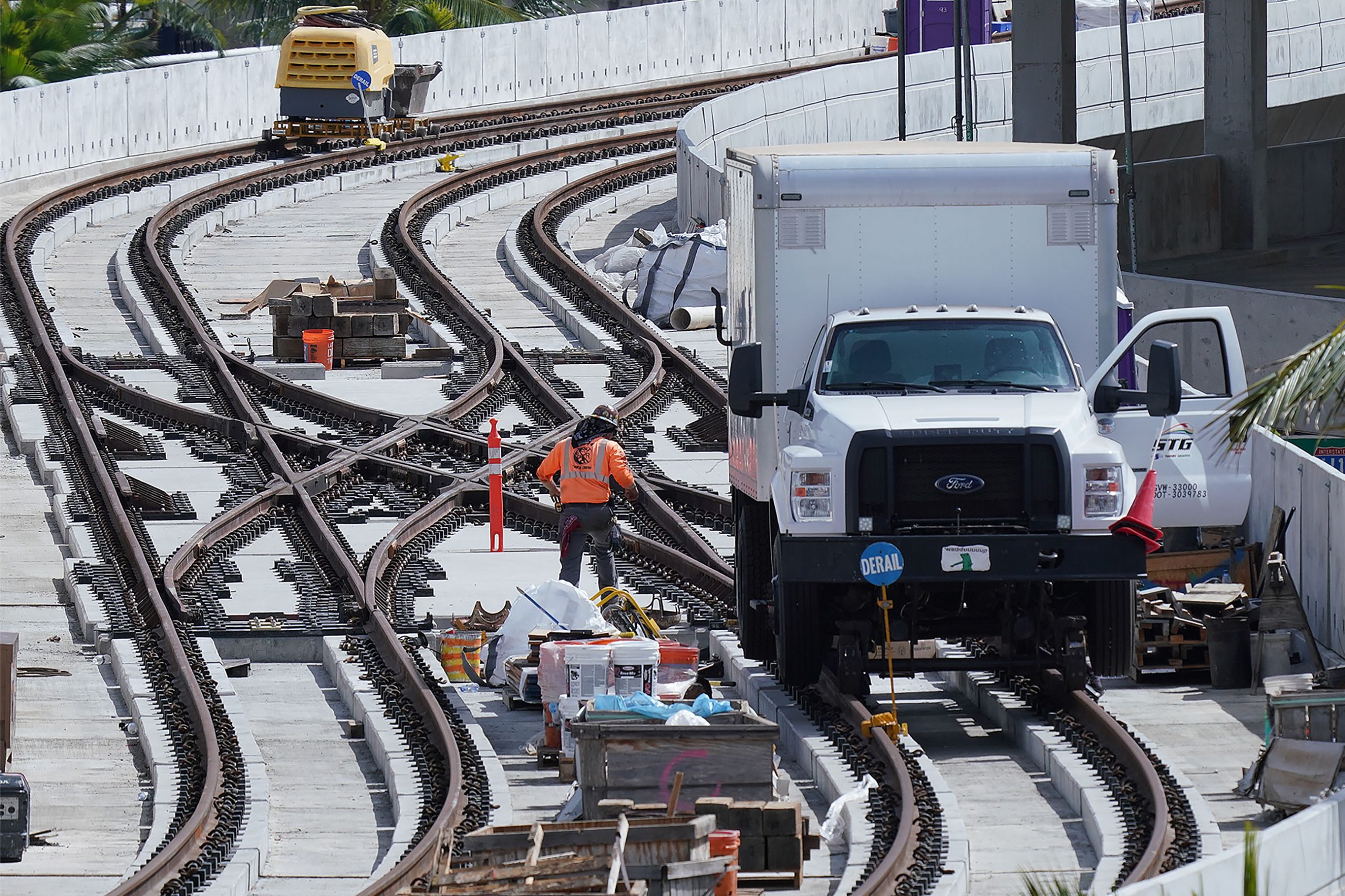 Nonprofits asking the Legislature for money this year have only two minutes to make their case. A Civil Beat article called this harried sprint for the gold “legislative speed dating.”

Technically, it’s not speed dating. You don’t have to lie about living with your mother or concoct a story that you’re a sensitive, athletic, free spirit who loves sunrise walks on the beach.

By imposing this rule, though, the Hawaii Legislature is on to something big.

Two minutes is much more than a rule. It’s a signpost, a threshold distinguishing the ways that public officials try to convince you that, really, things are not so bad.

Think of three categories based on a two-minute marker.

“Too late, baby.” Where even two minutes is way too long. (Rail)

“They actually believe what they’re saying?” Where post-two-minute explanations show what happens when some agency tries to reclaim true north when things have gone badly south. (The Oahu Human Trafficking Task Force and the new state mental hospital)

“You gotta buy this car.” Two-minute sales pitch that is all fluff but no stuff. (The new stadium)

Compared to the other three clunkers I’m going to discuss, the mayor’s recent HART to HART talk about a new route is the found pony in the 50-pound bag of manure.

But here’s the thing. Right now, there is only one rail issue, and that’s money.

HART is bad to the bone because it has no meat. Nothing else matters.

Mayor Rick Blangiardi is working with gutsy concepts and high hopes. But with phantom money.

A shorter, get to the point press conference about rail would simply be this:

Mayor: We got the money.

Mayor: We don’t have the money.

Reporter: We’ll be back when you do.

You can’t say the same nice things, really any nice things, about two other recent examples where the chasm between what the agencies said and what they would say if they had only two minutes is as deep and wide as the Mariana Trench and as full of bullshit as a methane conversion facility.

‘They Actually Believe What They’re Saying?’

Civil Beat has reported that in the three years it has been around, the federally funded ($700,000+) Honolulu County Human Trafficking Task Force has made a total of four arrests, resulting in zero convictions.

If you’re searching for a masterwork of verbose happy talk obfuscation of horrid results, look no further.

The task force’s 2021 annual report is a gemstone of unintentionally funny stuff and patronizing insensitivity.

Why so little success? Easy. No parking. “It was determined (that) the operation location played a key factor in the lack of success, as multiple targets cited parking was too difficult and expensive.”

And those pesky victims make it so hard for us, the task force laments, because they just don’t want to cooperate. Plus, finding evidence is so gosh darn hard.

Parking? Really? I’m no J. Edgar Hoover, but couldn’t the task force members dig into their pau hana beer fund and give the victims parking money?

Is it a sting operation where the perv can’t get to the meet because, darn, it’s after 3:30 and I’ll be towed?

“Parking for perverts and victims only. Twenty-four hours enforced.”

The task force’s post-two-minute explanation for this Keystone Coppery took things from bad to tragicomic.

According to the report, “Although the operation did not yield any arrests, it was a success for our task force.”

Other than that, Mrs. Lincoln, how did you enjoy …

Explaining away your zero cases when agencies in other states have done much better by handling hundreds of cases. Talk about a heavy lift.

So, put on your weightlifter’s belt. Here goes:

“Our goal is to shift the focus of investigations from the victim to buyers and traffickers, in order to strengthen our law enforcement response, generate strong evidence-based cases, and be able to successfully prosecute traffickers and buyers while sparing victims from the trauma of testifying at trial.”

Boom, just like that. “Sparing” the victims. You’ve heard of mission creep. This is mission retreat dressed up as mission advance. Russian military hierarchy, take heed.

Here is what a brief, honest 2021 human trafficking report would look like.

“Thanks for coming. As to our so-called failures: First, you all know what humbug parking in Honolulu can be. And now with the new meters where half the time they don’t take your credit card. And the tow yard with those big dogs. Second, it’s the victims’ fault. Three, how are we supposed to get evidence? After all, we are just law enforcement officials. And no, we will not be validating your parking.”

The new state mental hospital, which is years in the needing as well as years in the making, is still not open even though it was supposedly finished a year ago.

The recent report tries to reassure us that, in the lizard-lid-covered eyes of the spokesperson, these are routine fixes.

In fact, these repairs are shattering, and frightening — indicative that when it comes to getting things done here, going mental means going mental.

Poll question: how much do you believe your building contractor when she says she’s on it?

Very upbeat about something appearing to be a gigantic cock up that — I am going out on a limb here — makes us even more cynical about the ability of this state to get anything important done.

Here is what an honest report would look like:

“Aloha. The hospital is still not open. The staff still does not think it is safe. There are fire hazards. The showers flood, threatening the entire building. And it’s possible for an inmate to hang herself on the fixtures. As for the contractor, well, he promised. But you know how that goes. To sum up, we’re still screwed. The public is screwed. And so, most of all, are the patients. Man plans, God laughs. Especially in Hawaii where God laughs so hard that Our Lord gets the hiccups, which even God doesn’t know how to cure.”

‘You’ve Got To Buy This Car’

Discussions about the new stadium always feel like two-minute sales pitches because, really, that is what they are.

According to two-minute speech experts, a speaker needs to emphasize positive words to establish an emotional link with the audience, in short, to get them to buy what you’re selling.

It is the old Johnny Mercer tune strategy. You’ve got to accentuate the positive and eliminate the negative. Latch on to the affirmative. Don’t mess with Mister In Between.

Like this: “Go ‘Bows! There will be a new stadium as part of something no one quite understands called the entertainment district! The stadium will open! Some time. If we can find good contractors. June Jones! Timmy Chang! Colt Brennan! 2008 Sugar Bowl! Go ‘Bows! Mahalo. We won’t be taking questions.”

Don’t mess with Mister In Between. 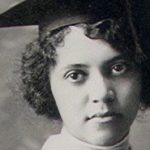 Remembering The Legacy Of Alice Ball Of UH

Great satirical piece and true down the core about Hawaii and our unique brand of political incompetence and corruption. Of all the blunders and painful failures that the state and city continue to pour on the taxpayers, I found your assessment of rail profoundly true. The mayor promising that mythical "civic center" as the end point when there is no accounting for the money to get there. Kind of like that iconic Wendy's commercial; "where's the beef?" Ultimately, HART will only be able to get as far as their budget takes them and who really knows where that will be?

Same O - Same O /be humble no grumble / go with the flow attitudes by John Q Public do not help the situation either. The public allows these clowns to keep doing what they are doing - wake up Hawaii - quit voting Mom and Dadâs ticket and lets get some more diverse minds in public office - those who could make change have no interest in running because they would get mired in my first sentence.