Eric Stinton: There Are Many Reasons To Get Involved In Your Kid's School - Honolulu Civil Beat

Eric Stinton: There Are Many Reasons To Get Involved In Your Kid's School

We need to cultivate greater collaboration between schools and their communities to create higher expectations and accountability. 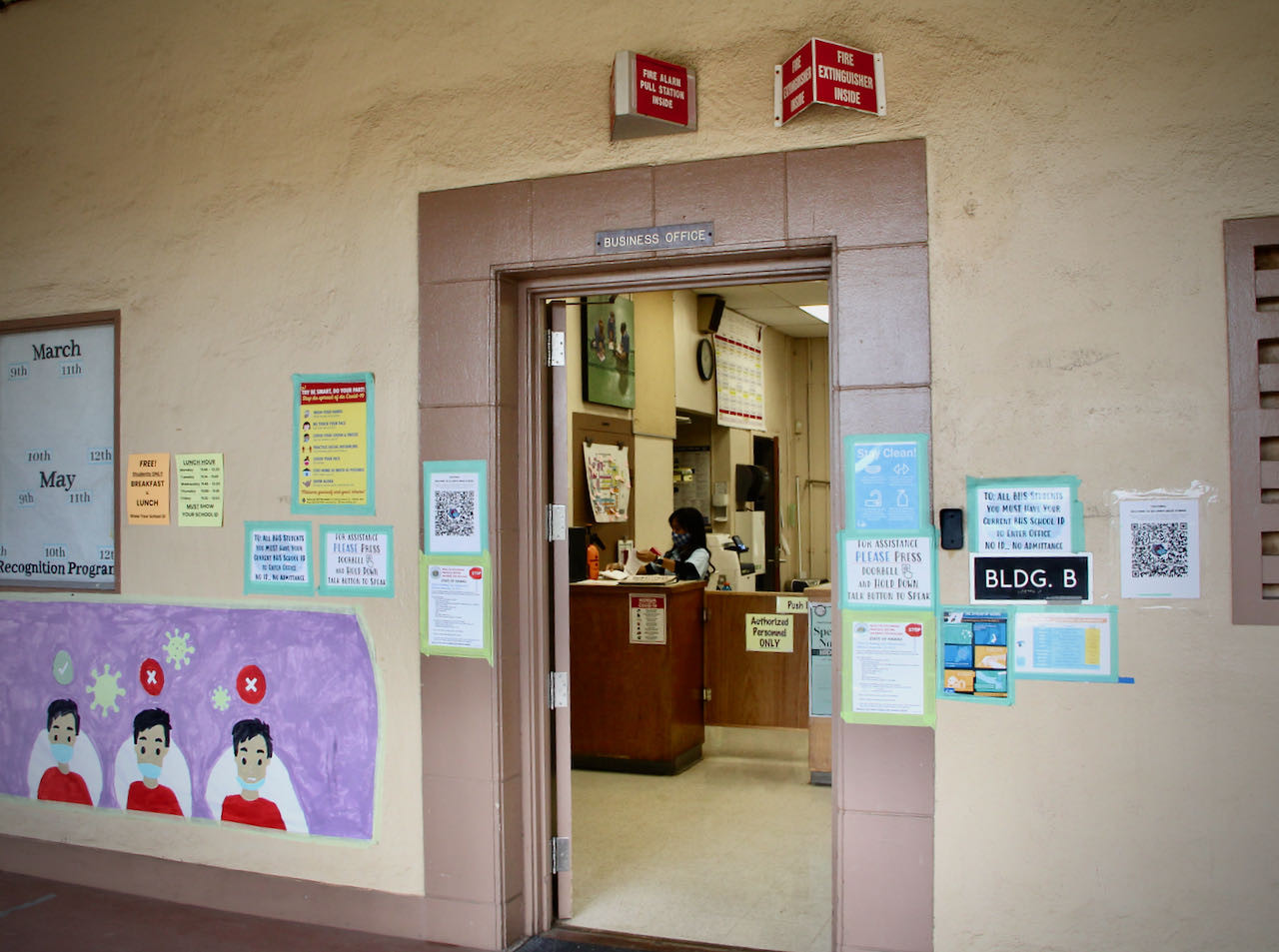 Last week began with a row of police cars parked in front of our school. Over the long Easter weekend, a student posted an online threat to shoot up the school, prompting police presence and limited lockdown measures for most of the week.

The threat was posted on a “vent” Instagram page, where anyone can anonymously say whatever they want via a Google Doc, which then gets posted. The page that posted the threat was quickly taken down, which spawned a few new ones where more threats were made.

Admittedly, I didn’t think anyone was really going to come to school with a gun, but that isn’t to say I thought the situation was trivial. The feelings behind a lot of school shootings – isolation, frustration, desperation – are no doubt present across school campuses, and have already manifested horrifically. If anything, what alarmed me most was how kids threatened something like this so casually.

This is America: school shootings happen every year. The most common response from the communities where they happen is “we never thought it could happen here.” So even if I suspected the threat was really a handful of knuckleheads trying to get school to close for a few days, we have to be vigilant.

And we were. Police officers were posted around campus, and classes were taught with closed doors. A lot of parents, understandably hesitant to send their kids to school, chose to keep their kids home. The students who were present started the week visibly stressed and anxious, and ended the week pent up and burned out.

Bad news never has good timing, but this is a particularly inopportune moment for such a disruption. Next week, students will be taking the Smarter Balanced Assessments, standardized tests meant to track student growth over the years.

Last year, Hawaii’s SBA performance was a big story. The scores, which were predictably impacted by Covid-19, were considered “extremely alarming.” Who knew a global pandemic would affect test scores!

This year, we have these online threats right before we take the tests. The residual exhaustion and lingering air of uncertainty – not to mention the amount of absences and overall distractions – may or may not impact how students perform this year, but it’s reasonable to think they could. If test scores aren’t encouraging, the blame will fall entirely on schools and teachers, as it always does, no matter the situation.

It’s important to accurately identify the source of the problem. This was a small handful of kids on their personal phones during the weekend. Clearly, it’s not reasonable to expect the school to be responsible for what kids do on their phones in their free time outside of school. Accountability falls on the individual students, as well as their families.

But there’s more to this story than simply blaming kids for inappropriate online behavior or blaming parents for not monitoring their kids enough. Kids are going to push boundaries, and keeping kids out of trouble online is a Sisyphean task. Instead of looking for the precise allotments of blame to administer, we need to look for solutions.

There aren’t any simple, singular ones. Instead, we need to cultivate greater collaboration between schools and their communities, which in turn will create an environment of higher expectations and accountability across the board. If that sounds like a lot, it’s because it is. Necessary work is rarely easy.

It starts with familial involvement. This means daily things like checking kids’ backpacks the night before school and asking them about what they learned that day. But it goes beyond that: things like volunteering in classrooms, assisting with school-wide beautification projects, or helping school staff watch kids before and after school.

Volunteerism would be a tremendous help to our understaffed schools, and it would also have the added benefit of disabusing people of the worst – and often false – ideas they have about public schools.

There are a lot of families who would love to be more involved with their child’s education, but can’t. There’s not much schools can do for single mothers working multiple jobs, for instance. But if their friends, or their kids’ friends’ parents are more involved, they can feel the residual benefits of a school supported by its community.

There are also a lot of family and community members who would be willing to help, they just don’t know how. This is where schools come in.

We should survey our communities to see what kinds of expertise we have available. Ask parents what they do, what they’re good at, and if they’d be willing and available to help us create authentic experiences for students connected to specific learning areas. These are the foundations of real-world skills.

Eventually, hopefully, these efforts will lead to a culture shift. There will be a greater expectation for family and community involvement, and there will be more accountability for all parties, since we’ll all be around each other more often.

This is a long-term fix, one that will require consistent dedication and effort, as well as a more stable workforce within individual schools; it’s hard to create a culture when there’s turnover every two years.

It’s the kind of thing that takes time and patience. Much of the progress won’t be immediately evident. In some ways, that’s how teaching is: you try your best to help students in the year that you have them, and hope that others will do the same the year after. Most of the time you never hear from or about your former students. You just do what you can and hope for the best.

When we were told to lock our doors during instruction last week, teachers tried to soften the obstacle by having the kids come up with passwords to enter their classes. English classes had them say a Latin root, social studies classes required a Hawaiian word. For my math class, students made animal noises – they preferred that to knocking the answer to a math problem.

What a metaphor: even while schools are dealing with problems they didn’t create, teachers were still doing whatever they could to make things better for the kids. That’s all we can expect from each other, and it’s a perfectly good place to start. 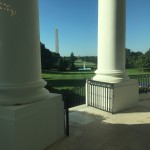 I know I'm late to the party here, but, Mr. Simpson nails it again.Volunteerism would be a tremendous help to our understaffed schools, and it would also have the added benefit of disabusing people of the worst â and often false â ideas they have about public schools.Outlaw social media and mandate a minimum amount of hours parents must volunteer before they can grumble about anything at school. Yes, mandated volunteerism. Its the only way forward.

Schools have two parents: the industrial revolution which needed vast numbers of workers to show up and do what managers ('lunas") wanted you to do and the moral formation that came with a Christian nation. Factories are gone--pineapple and sugarcane followed labor to cheaper lands. De-industrialization and the gig economy have made people who show up and do what your told to do obsolete. A robot does this better. Regarding our second parent--moral formation--we are likewise orphans. We have no moral language to talk about right and wrong, sin and grace and to embrace our human limitations which all the wisdom traditions from Aristotle to Buddha and Jesus taught. Only 8 % of 18 to 29 year olds identify with a religious church. In this vast void, morality (looking honestly at my own need to grow) has been replaced by politics where I can blame others for my distress. Few corporate or public leaders admit their wrong but they know how to blame. Lot of our parents at school are following their leaders and punching down at teachers. Eric your work is probably the most important work in the nation but few can see this. Best to you.

The author is on point, however, administrators can have a chilling effect on certain types of parental engagement. Administrator's seem to encourage parents to be engaged as long as it involves surface level volunteer efforts, but once parents engage on actual issues that impact student rights and school obligations there is pushback. There was no greater example of this in Hawaii than when Superintendent Hayashi and former AG Russel Suzuki encouraged the legislature to pass penalties against parents of students who qualified for services under IDEA who became too involved. They both stated as much in a live legislative hearing that was recorded for all to witness. There are schools that have struggled for the past 10 years. In Leeward Oahu, high schools like Waipahu, Waianae, Nanakuli, and Campbell have had horrendous dropout rates and test scores. Sure, some students are graduating with AA degress, but there are many others who have fallen through the cracks. The failures of the above schools are systemic and attributable to the heads of these schools and the bosses they answer to. For the sake of our students administrator accountability must come before parental engagement.