Let's Talk About A Unicameral Legislature For Hawaii

Nebraska is the only state to have one, and it has cut costs, improved efficiency and reduced partisanship. 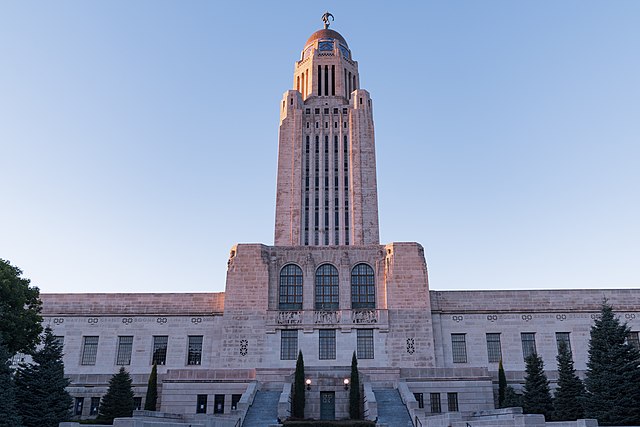 The conference committee period at the Hawaii State Legislature, which concludes this Friday, is often a maddening process to follow.

It involves the two chambers — the Senate and the House of Representatives — hurriedly trying to reach consensus on a slate of bills before session ends May 5.

Much of the decision making on bills and budgets is done behind closed doors, and many legislative priorities evaporate with little explanation.

But what if there was only one chamber that had to make the decisions? What if Hawaii switched from a partisan bicameral legislature to a nonpartisan unicameral system?

Nebraska has been doing it since the 1930s, and its legislative session could be a model for Hawaii.

Before looking to the Cornhusker State, it’s important to know that there is no standard formula for creating a state legislature. As the National Conference of State Legislatures explains, legislative assemblies in the United States “illustrate the wide variety of organizational patterns.”

They range in size — from 49 to 424 total members — and may be divided into a bicameral Senate and House or Assembly or one chamber.

The colonial legislatures of Delaware, Georgia and Pennsylvania were single-chambered or unicameral, a Wayne State University expert on legislatures wrote in 1960. “Vermont came into the United States of America with a one-house lawmaking assembly, having largely formed her Constitution of 1777 upon the basis of that of Pennsylvania.”

Gradually, states moved to adopt the model of the U.S. Congress. But things can change again.

American interest in unicameralism dates to 1913 when the governor of Kansas suggested it “as the cure for the legislative ills of that state. Since that date, unicameralism has been proposed in some form or other in all our 50 states.”

Nebraska, a state of about 2 million where legislators are required to run on a nonpartisan basis, has its Capitol in Lincoln. George Norris, a “New Deal Republican,” believed in the 1930s that the state’s two-house system “was outdated, inefficient and unnecessary,” according to the official history.

“The constitutions of our various states are built upon the idea that there is but one class,” he wrote. “If this be true, there is no sense or reason in having the same thing done twice, especially if it is to be done by two bodies of men elected in the same way and having the same jurisdiction.”

What about checks and balances with just one chamber? Norris argued that the state’s governor and supreme court would serve that purpose.

Norris also identified conference committees as a problem. In Nebraska, the appointed six-member committee “met in secret, and members’ votes were not public record. Norris said “these committees had too much power and could be influenced easily by lobbyists.”

And once a bill came out of committee, “it could not be changed, only approved or rejected. If rejected, another committee had to be formed to work out the disagreements or the measure failed.”

That sounds a lot like the Hawaii Legislature, doesn’t it? But in Nebraska today, lawmakers may propose amendments and debate them outside of committee on the chamber floor — in public.

The change from bicameral to unicameral in 1937 saw legislative membership drop from 133 to 43 in a new single house, a reduction of about 70%. The number of bills and committees also dropped significantly, as did the cost of running a session.

As for elections, candidates who get the most votes in the primary face off in the general election. And there is no party listed on the ballot.

“Nonpartisanship would allow lawmakers to base their actions on their own convictions and the needs of their districts, rather than according to party dictates,” according to the Nebraska history.

Opponents to the Nebraska model will point out that it is used in a very red state and may not fit with a pretty blue state like Hawaii. But the idea has been proposed several times at our Legislature. And by a Republican state senator — Sam Slom — who says he was inspired by a Democratic lieutenant governor — Nelson Doi, who served from 1974-1978.

“I was always for bicameral, and talked to him about it,” Slom recalls. “And you know what, it was one of the few major political positions that I have ever changed. We had a mini-debate, and he actually convinced me. It is some of the same arguments you read about in Nebraska — we are small, and we spend too much on government.”

Slom, who served from 1996 to 2016, introduced several one-chamber bills including one that proposed a constitutional amendment ballot question to create a unicameral legislature consisting of 51 members serving four-year terms.

“The existing bicameral system is replete with duplication in committee structure, staffing, and legislation introduced. Procedures and policies differ, sometimes substantially, between the two houses making it time-consuming, confusing, and more difficult for citizen participation. Moreover, the two houses often take diametrically opposed positions on significant issues. This often results in inaction, or in important and controversial decisions being made by conference committees, where special interests can be more easily accommodated than in the more open, deliberative standing committee hearings.”

A unicameral legislature would, the bill states, “eliminate unnecessary duplication and would provide better citizen access to the legislative process.” There would also be a lot less staff to pay for.

“I still think it’s a good idea,” Slom says today. “I understand the arguments against, but I just wanted to start a discussion.”

Me too. Eleven years ago I wrote about why Hawaii should consider Nebraska’s model.

A unicameral legislature, of course, could also still see control by factions, rivalries and power players, as is the case with the bicameral system.

But having our representatives debate ideas and make laws based less on party affiliation — or whether they originated in the House or Senate — rather than on merit is a discussion worth having.

Certainly, after the past few years that have been marred by corruption convictions involving legislators, a building basically locked down ostensibly because of the pandemic and the continuing practice of gutting and replacing bills with little public input, the Hawaii Legislature could do with improvements. At minimum, lawmakers could ask its Legislative Reference Bureau to study the issue of unicameralism for Hawaii and report back to them.

I doubt very much that the Democratic Party of Hawaii will ever give up partisan elections. But Hawaii’s counties have already done so, making elections for mayor, council and prosecutor nonpartisan. Same goes for the Office of Hawaiian Affairs.

“Ideally, a legislature should be large enough to represent and reflect the diverse elements of its constituency and small enough to get things done,” NCSL quotes the authors of a study on governance, adding that each legislature “represents a microcosm of its state’s people, traditions and political cultures.” 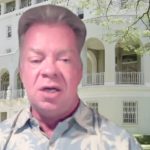 Excellent idea, and long overdue!Now, who is going to tell the politicians no more pork?

Look around the world and you find no other country with bicameral legislatures, aside from a few symbolic "upper houses." Two illustrations of our national and local governments support Chad's theme: 1) The US Senate is a catastrophe, controlled by conservative, powerful donors and lobbyists, blocking any progressive legislation coming from the House. Small states (like us, sorry) have way too much influence. We would be much better off without the Senate.2) City Councils in America are unicameral. Can you imagine Honolulu creating a two-chamber City Council? Our two-chamber legislature is just as ridiculous. Get rid of it.With two chambers there is no accountability. They can just blame the other side for inaction.Unfortunately, our politicians prove once again they are anti-democratic authoritarians by not even considering such a thing.

I can't tell if you are serious or just being facetious. But if you are serious your arguments against a unicameral legislature in Hawai'i work far better for the pro position rather than the con position.I have long felt a unicameral system for Hawai'i would result in a far more productive legislature made up of far more serious and non-partial legislators. One of the biggest hurdles that face voters today is the dearth of innovative and productive candidates for the legislative offices. New candidates are seemingly selected mainly by their political affiliation and conformity rather than those with the best interest of the community at large.